Zee5 has brought the Hindi remake of 2020 Malayalam film Forensic to its streaming platform. Vikrant Massey headlines the film and steps into the shoes of Tovino Thomas as the medico-legal advisor Johnny Khanna, whereas Radhika Apte plays cop officer Megha Sharma in the crime thriller. The murder mystery is a compelling one and will keep you hooked right from the start. Prachi Desai, Vindu Dara Singh and Rohit Bose Roy bring up the supporting cast. 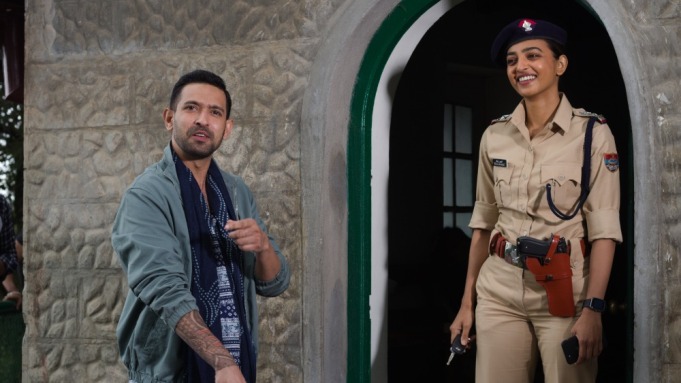 Forensic starts off with glimpse of a traumatic childhood of a young boy who is physically abused by his father and leads a lovelorn life. He is next shown to give in to a murderous spree in which he kills his father and his sister who is supposedly loved by his father. All this is shown as a flashback and prepares the audience for some gory and gritty plot in store. The scene soon shifts to a school where a girl celebrates her birthday and then is found dead. Vikrant Massey is called in as the forensic expert to solve the case and help Radhika Apte who is the investigative officer; soon a series of serial murders rock the peaceful town of Mussoorie, where young girls are killed off on their birthdays bewildering the police and sending shock waves among the townsfolk.

Forensic expertly builds up the tense atmosphere but is juxtaposed with quite a few lighter moments thanks to both the leads and the supporting cast that bring out the goof-ups done by the police. Vikrant and Radhika are not only romantically paired in the film but also share familial relations as the former’s brother was married to latter’s sister. However, their relationship has burnt out because of the death of their niece (one half of twin daughters) and the subsequent suicide of Radhika’s sister which has left the family estranged and the surviving niece living with Radhika and her mother, away from her father’s love and care. 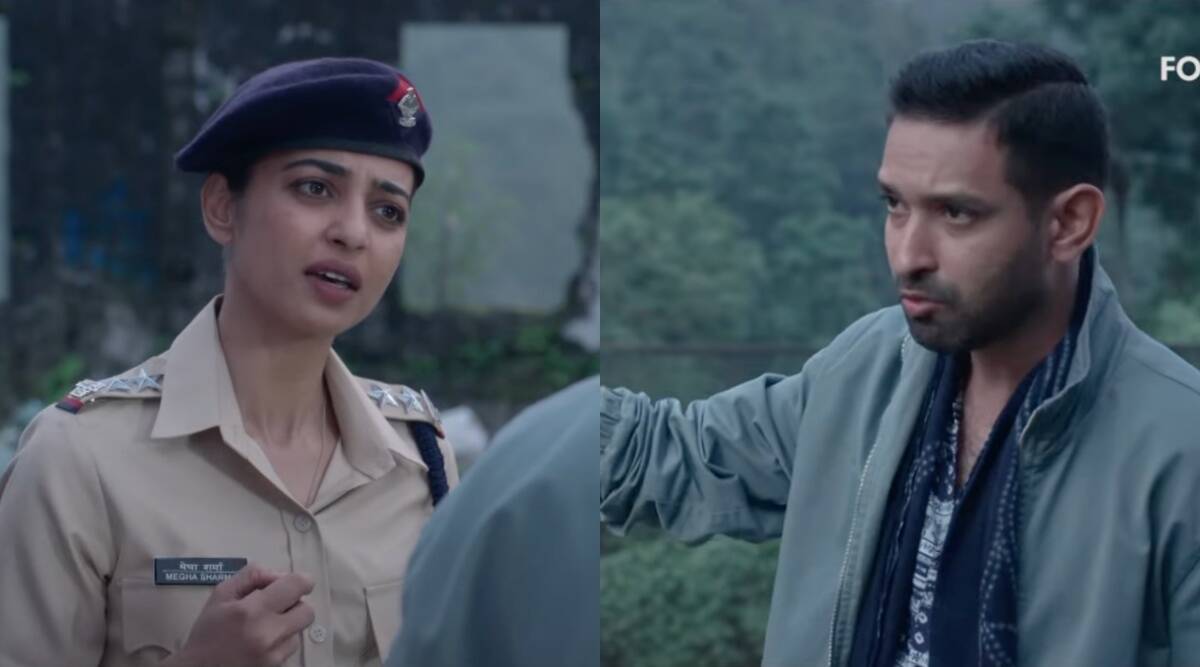 The film keeps you engaged right from the word go! Vikrant impresses with his screen presence as well as his comic timing. The nursery rhyme ‘Johnny Johnny’ is beautifully used in the series to bring out the idiosyncrasies of his character Johnny Khanna. Radhika is also commendable in her cop act battling with keeping her family safe as well as trying to nab the murderer. Vindoo Dara Singh lends admirable support with his comic timing and his character that gives a lighter vein to the film. Prachi Desai does a stupendous job in the film as well and it is nice to see her in a different role from all the gentle, feminine characters she has played in her career.

In an ironical casting coup of sorts, popular actor Narendra Gupta (who played the iconic forensic scientist Dr RP Salunkhe in the popular TV show CID) plays Johnny’s mentor and forensic teacher who helps him crack the case. However, Rohit Bose Roy has a small role to play but still manages to bring out the pathos of his circumstance from being kept away from his sole surviving daughter. 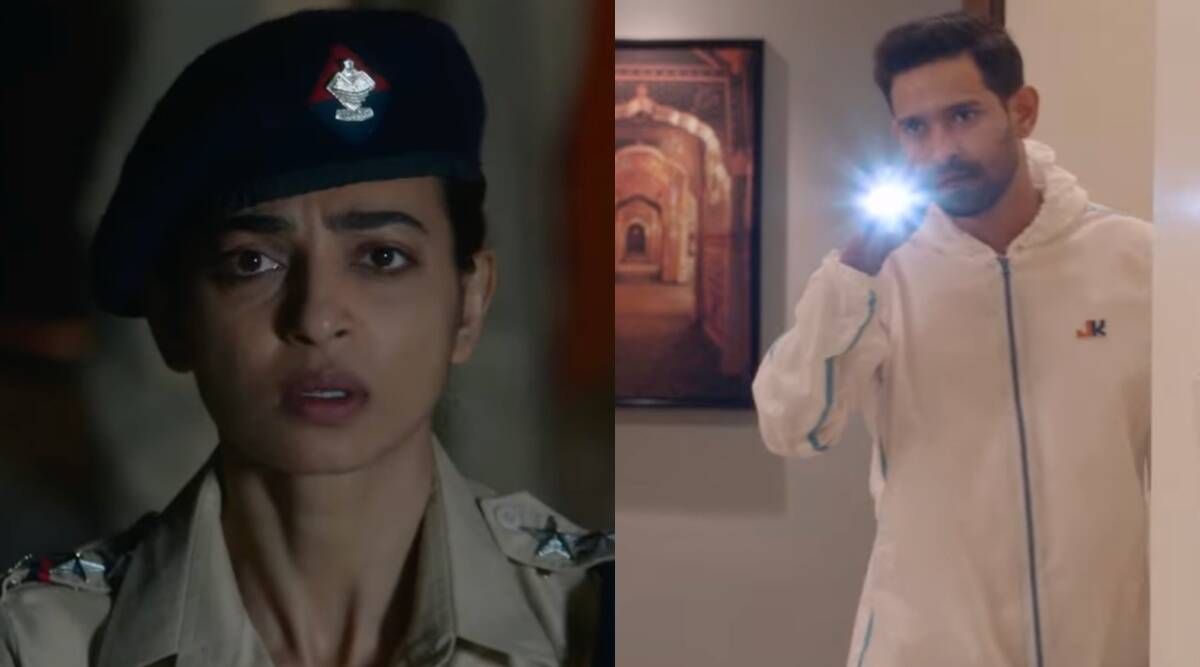 Vishal Furia’s direction deserves applause as he has expertly infused forensic science into the film and for once shows technology that does not seem laughable. His direction is taut and crisp and keeps one hooked throughout. Mansi Bagla’s story takes a detour from the original Malayalam film but brings out a credible and plausible plot. Vishal Kapoor and Ajit Shashikant Jagtap’s screenplay makes for an interesting and commendable watch. Adhir Bhatt’s dialogues are funny, succinct and to-the-point which helps drive the plot further. Anshul Chobey’s cinematography presents Mussoorie in its haunting beauty laden with misty hills and fog. Editor Abhijeet Deshpande has kept the length of the film in perfect duration which ensures that the narrative does not lag. 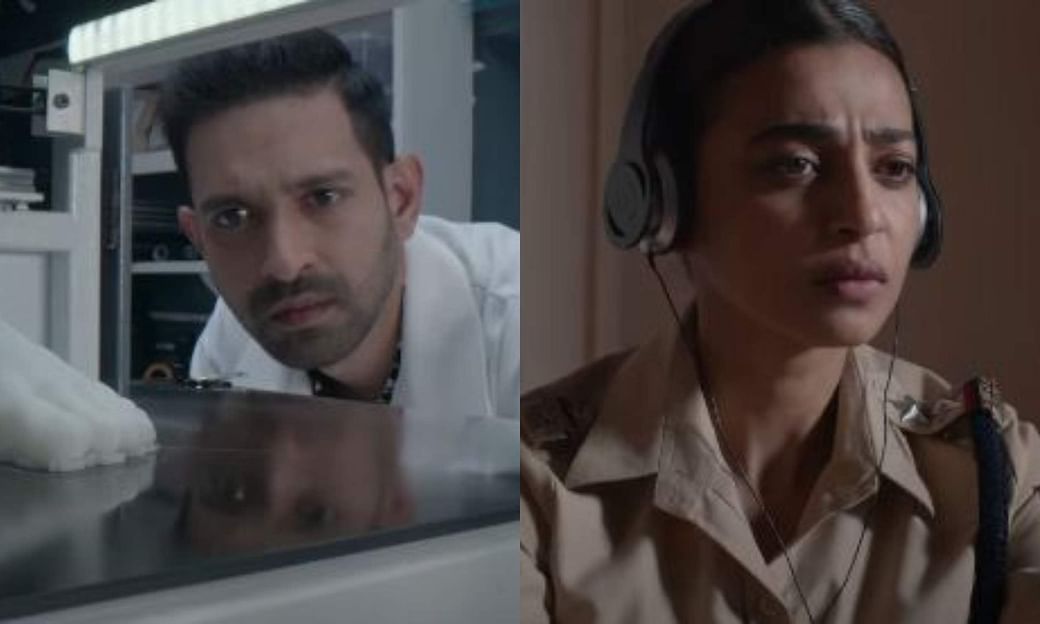 Forensic is a compelling murder mystery and skillfully ties up all the loose ends in the climax. It is definitely worth watching.