Aranyak, the Hindi term for residents of a forest, marks Raveena Tandon's web debut. In the Ramesh Sippy and Siddharth Roy Kapur production, director Vinay Waikul takes us straight into the woods of Sironah, a small, misty town nestled in the Himalayas. The otherwise sleepy hill station is woken up and alert when a French tourist's 19 years old daughter and her Indian boyfriend go missing.

Raveena plays Kasturi Dogra, Station House Officer (SHO). Despite being committed and engrossed in her duty, she decided to take a voluntary break for a year to be there for her 19 years old daughter Nutan, who aspires to crack IIT. While Kasturi looks after the town of Sironah, her daughter manages household chores. As Kasturi prepares to go on a sabbatical, her replacement, Angad Mallik (Parambrata Chattopadhyay), takes over her position. Kasturi and Angad are two sides of the same coin. On Kasturi's last working day, Julie Baptiste, the French tourist, arrives at the police station to file a missing complaint. Her daughter named Aimee Baptiste and boyfriend Sundar go missing mysteriously. 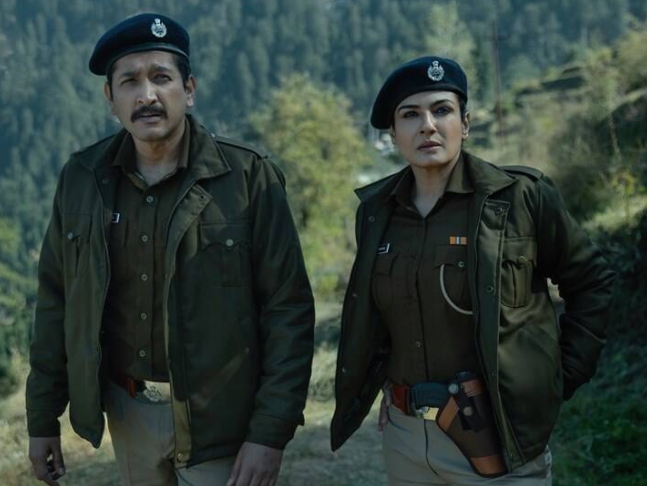 As the investigation begins, the locals of Sironah suspect the Leopard-Man; a half-man, half-leopard to be the reason behind Aimee's disappearance. Angad refuses to believe in the folklore and sets out in the suitable direction to locate Aimee. Kasturi, though at home, cannot mentally disassociate herself from the big profile and important case. She decides to join Angad in the investigation. Initially, Angad and Kasturi are not on the same page, but time and the depth of the case bring them closer.

The Sironah cops discover Aimee's body hanging on a tree, which once again strengthens the belief that it is the Leopard-Man who killed her. The investigation proceeds. Over a period of time, several layers of the story unfold, leading to another twist in the tale. Trapped in the forest of mysteries, crimes and emotions, Aranyak is an interesting walk into the woods. 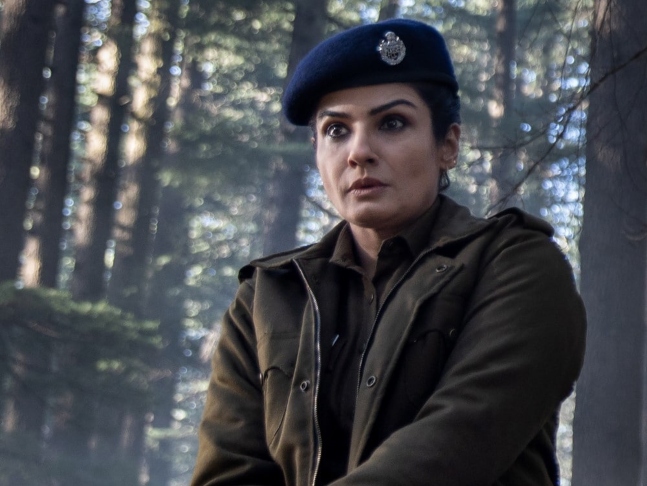 Written by Charudutt Acharya, Aranyak's story consumes you completely. Sucking the audience into the sleepy, fictional town of Sironah, Acharya binds various subplots and twists effortlessly. The story of the mysterious killing is spread over 6 episodes of roughly 40 minutes each. Aranyak, without getting preachy, touches upon relevant social topics like marital rape, politics and drugs. With a cliffhanger ending, Charudutt makes space for the next season of Aranyak, which can answer many questions.

Director Vinay, who was the first assistant director on films like Dangal and Bhaag Milkha Bhaag, keeps the suspense intact. From the first frame, he manages to keep the audience intrigued and curious to know the main culprit. The scenes between Raveena and Parambrata are masterfully sketched and narrated. The personal lives and problems of the protagonists are weaved into the story effortlessly without any compromise on the central theme. The final twist is worth the wait. 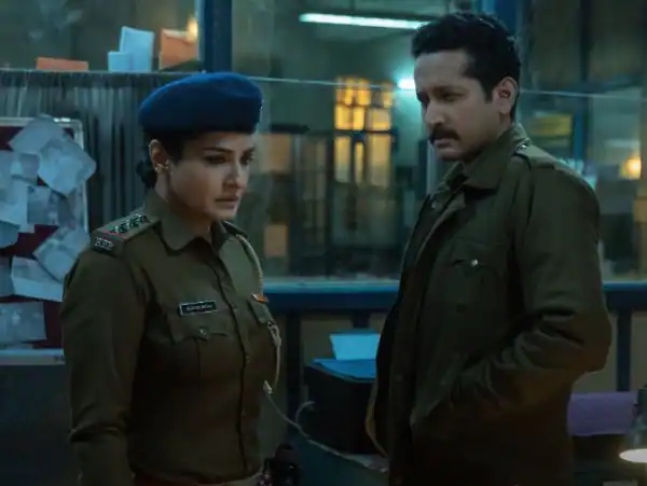 Raveena headlines Aranyak with Parambrata. She brings out emotions of insecurity, passion, a certain degree of stubbornness and maturity to the show. She adds strength with her incredible performance as Kasturi, who has to balance her family life as well as fulfill her duty as the SHO of Sironah. Her pairing with Parambrata is refreshing and one will not be able to take their eyes off the actress when she commands attention on the screen with her craft.

Parambrata is a natural performer and there is no denial. As a cop who is entangled in his own personal battles, the Bengali actor lends much depth to the character with his effortlessness. Parambrata's Angad is an empathetic, sometimes violent, emotional and rational person. His backstory is well explored and one can simply fall in love with his screen presence. Meghna Malik, Ashutosh Rana and Zakir Hussain deliver a memorable performance. Indraneil Sengupta does his job well. Mahesh Shetty is the main antagonist and looks menacing in his villainous avatar. 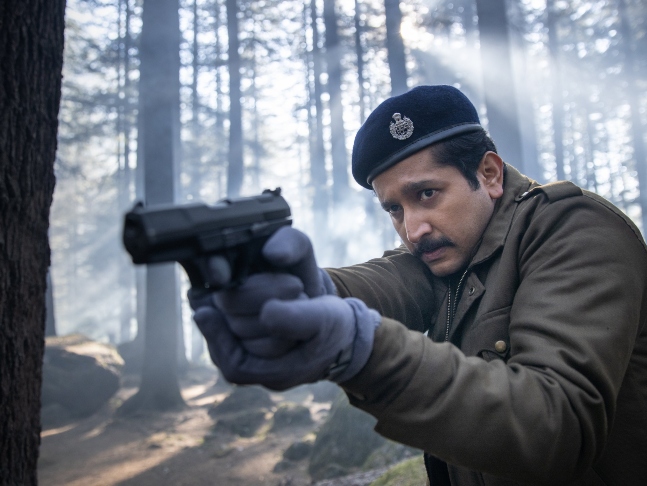 For any show to work, the editing has to be crisp. A huge round of applause for Yasha Ramchandani for keeping Aranyak to the point, sharp and clean. Cinematographer Saurabh Goswami makes the frame look stunning, peaceful yet mysterious in its own way.

Aranyak tells an important and relevant story with a dash of thrill and mystery. While the story is the hero, the actors are its soul. Keep guessing till the last and see you in the next season!