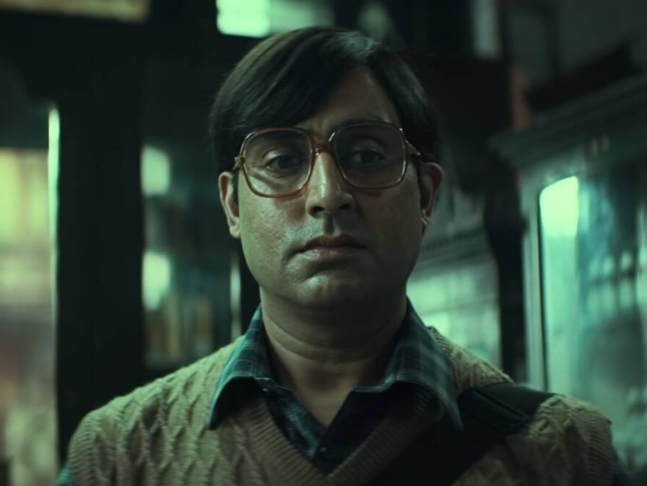 "Nomoshkar, Ek Minute," was probably one of the scariest dialogues written in the history of Indian cinema. It was made popular by a character named Bob Biswas in Vidya Balan's 2012 thriller Kahaani directed by Sujoy Ghosh. Now, 9 years later, Sujoy has taken the role of a producer, allowing his daughter Diya Annapurna Ghosh to direct a spin-off film on Bob. In Diya's directorial debut, Bob is played by Abhishek Bachchan and not Saswata Chatterjee. The film premiered on ZEE5 today.

Bob Biswas begins with the titular character reuniting with his wife Mary (Chitrangada Singh) and their 8 years old son (Ronith Arora) after being in a vegetative state for as long as 8 years. He is unable to recognise them and his past. As Bob tries to return to normalcy, he finds himself trapped in the underworld, drug dealers and corrupt policemen. The film touches upon a relevant topic, drugs. In the film, it is highlighted how young students of Kolkata are addicted to the drug called Blue to tide over their exam stress. Bob is dragged into the entire matter but indirectly.

Bob has forgotten his past but he is reminded of it when some police officers hire him as a contract killer. He no longer knows how to kill but he agrees to do it. Bob confides in Kali da (Paran Bandopadhyay), an old doctor who plays a key role in his life. He gives him a pouch of dismantled pistols and from here on, Bob's killing spree begins. 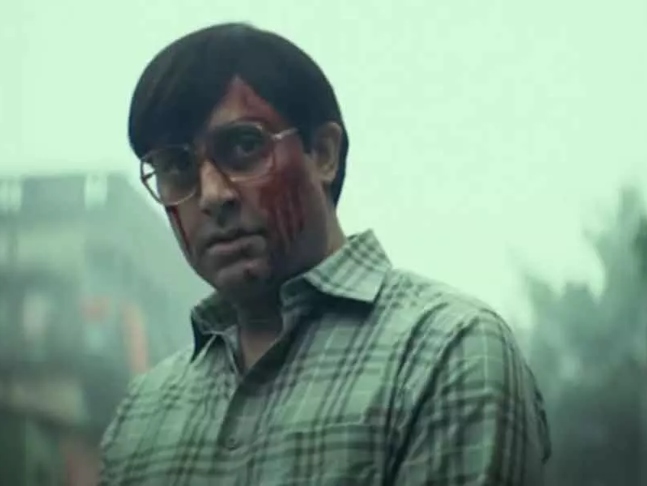 While the film focuses on Bob's profession, Diya has weaved the family angle well. Bob, married to Mary, is raising his step-daughter Mini (Samara Tijori), a 17-year-old student who aspired to become a doctor and is studying to clear her medical entrance exam. She is the daughter of Mary and her dead husband David. Bob and Mini share a cold relationship with each other as he doesn't remember much about her. As Bob's killing spree continues, a cop named Indira (Tina Desai) enters the picture and changes the course of the narrative. Apart from stopping Bob from committing the crime, she shows him the reality which alters his life forever.

Kolkata is a laid back city but has its own old-world charm. Similarly, Diya's directorial debut Bob Biswas takes its own time to progress. The narrative is slow-cooked in various subplots and emotions to make sure the audience savours the perfect flavours of a thriller. However, in this process, what she couldn't build was the right amount of tension. The film is 2 hours 15 minutes long and after a point in time, the audience can lose interest in the many things that are happening right in front of them. The twists and turns are decent but not surprising. Diya establishes her characters beautifully but her story lacks an 'X-Factor'.

Saswata, an incredible actor, left an impact on the audience with his work in Kahaani. Abhishek is pretty successful in taking the character's legacy forward with equal determination and brilliance. Bob Biswas traces the titular character's life before the events in Kahaani took place. With the spin-off film, Abhishek has once again proven that he is an actor with immense potential. One of the underrated stars of Bollywood, he has managed to get the body language of the contract killer right. His dead-pan humour is the highlight of the film. The other actor who steals the limelight is Paran Bandopadhyay. The veteran Bengali actor delivers a masterstroke in Bob Biswas. As Kali Da, his humour is on-point and scenes with Abhishek are gold. His Bengali dialogues make the film worth a watch. Chitrangada Singh has done a decent job as Mary. Ronith, Samara and Tina also do justice to their respective roles.

The cinematography of Bob Biswas presents Kolkata in its true glory. It highlights the city's enigmatic vibe and old-world charm. On the editing front, the film could have been tighter and shorter. Though Bob Biswas is a good attempt, it is nowhere closer to Vidya's Kahaani. Abhishek excels in every frame but cannot match up to Vidya's prowess.