Animal adventure films have their own charm. From The Lion King to Mowgli, Hollywood has given us some of the most memorable films. But to ruin the memory here comes Pankaj Saraswat's animal adventure and family entertainer Hello Charlie which is far from entertaining. Starring Aadar Jain, Jackie Shroff, Shlokka Pandit and Elnaaz Norouzi, the film is a mindless comedy that will literally make you say goodbye, Charlie.

The story is simple but. Chirag Rastogi aka Charlie (Aadar Jain) lands up in Mumbai from Indore with no concrete plan. His late father was debt-ridden and so the enthu cutlet with no skill set must find a way to repay the family’s loan. As a quick fix, he takes up an assignment to deliver a gorilla named Toto and his love interest (Shlokka Pandit) from Mumbai to Diu. He also  The money is good but there’s a catch. The animal is actually a fugitive dressed in a gorilla suit — industrialist Makwana (Jackie Shroff). After duping various banks, the banana-hating fraudster wishes to secretly flee the country, and so the ‘clever idea’ enters his girlfriend's (Elnaaz Norouzi) head. Things obviously don’t go as planned as he gets mixed up with a real circus gorilla on the loose, following a random plane crash. 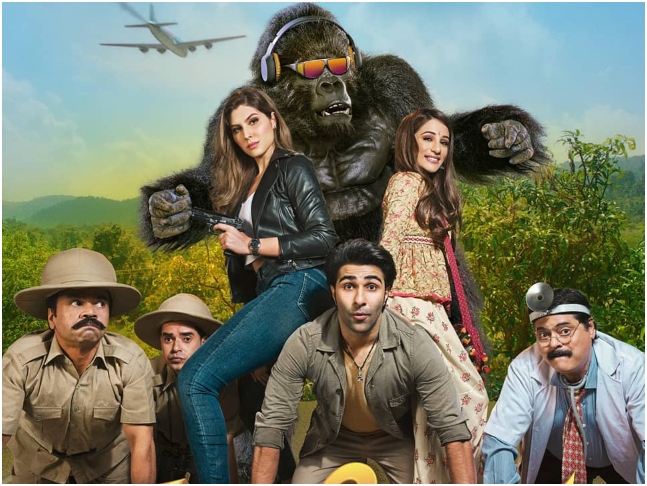 Recommended Read: One Two One Two: Aadar Jain's and his gorilla friend Toto's first song from 'Hello Charlie' is an instant mood lifter

Well, the film touted to be a comedy, is far from being one. There is a clear thing about comedies - you cannot force it. Definitely not with poor and senseless writing.

However, the performances are decent. Aadar replicates cousin Ranbir Kapoor as much as possible. His voice is the same and body language similar. He tries to do full justice to his role of Chirag aka Charlie. Jackie is in full form as always, the act comes naturally to him. However, Elnaaz and Shlokka are merely an add on to the glamour quotient. 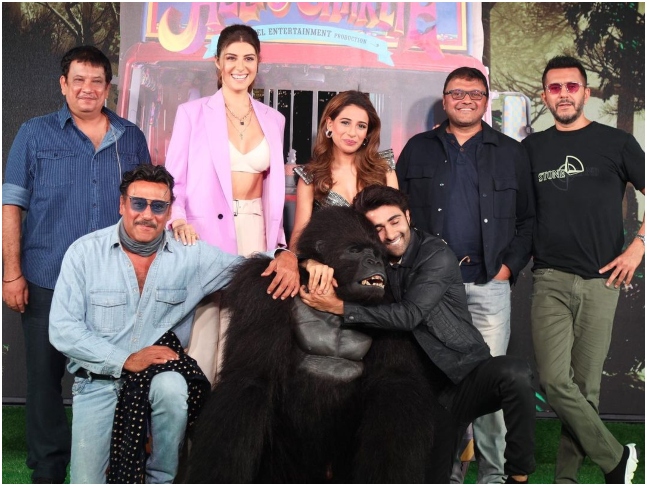 Writer-Director Pankaj Saraswat tries to present a clean, family-friendly, old-school comedy. However, what you get is an unfunny, outdated and unamusing series of events that entertain less and annoy more. Andre Menezes's cinematography is satisfactory and editing by Chandan Arora and Mitesh Soni is clean. John Stewart Eduri's music comes off as relief when the going gets tough.

Watch Hello Charlie only if you LOVE gorillas, oops Toto...
We will just leave it there! 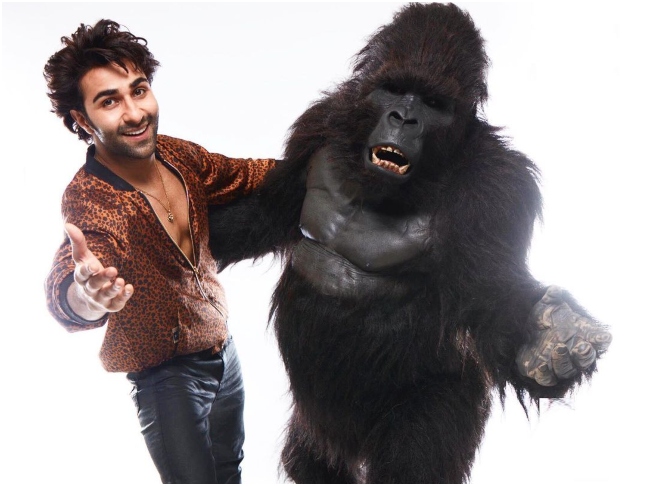