Short film Happy Birthday is a fun ride that succinctly gives out a very poignant lesson in a short span of time. Starring Helly Shah, Abishek Sharrma, Ashwin Kanan, Adarsh Gautam, Sada Yadav in the lead the short film follows two friends who are returning from Goa to Mumbai after attending a wild party.

Abishek Sharrma and Ashwin Kanan star as the bumchums who are best-of-friends and are raving about the party, weed, and fun culture in that land. Their seemingly normal journey turns into a bizarre and abnormal turn of events with a surprise hitchhiker in the form of Helly Shah. The drama is hilarious, dialogues witty and characterisations quirky until you realise that the film is more than just about carefree and happy-go-lucky spirit. It leaves the youth and the audience with a strong life lesson at the end. 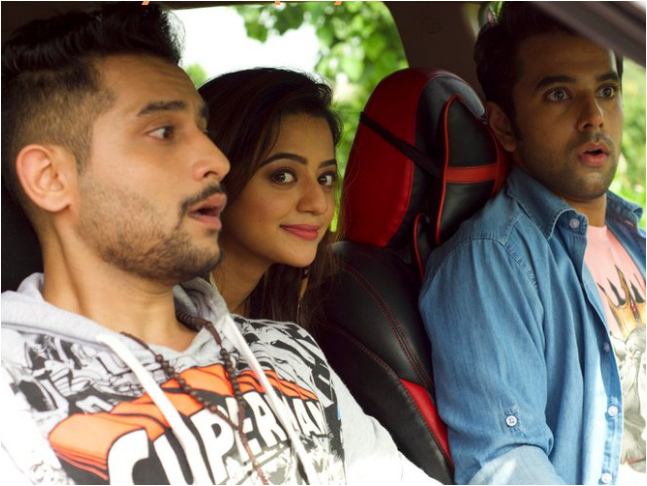 Helly as the hitchhiker is confident and impressive with her act. She is spontaneous, bubbly and spunky. She is no damsel in distress and acts well in the emotional scenes and the climax of the film. Abishek Sharrma and Aswin Kanan are stupendous and their camaraderie and chemistry can give any lead pair a run-for-their-money. Their dialogue delivery is impeccable and so is their screen presence. Seasoned actor Adarsh Gautam also holds his place as Helly (Saba’s) father.

Seemaa Desai’s direction is lucid and taut and she holds the narrative in a tight rein. All in all, Happy Birthday is a good watch.