Rarely does a film come along that makes you chuckle at the right places, fills you up with hope and makes you root for the protagonist who is spunky, smart, witty and loveable. Enola Holmes which is streaming on Netflix does all this without getting bogged down by one idea alone. Providing children with a heroine who is smart, witty, intelligent, and fearless and someone they can look up to, Enola Homes proves to be an interesting off-shoot of Arthur Conan Doyle’s iconic stories for the younger generation. 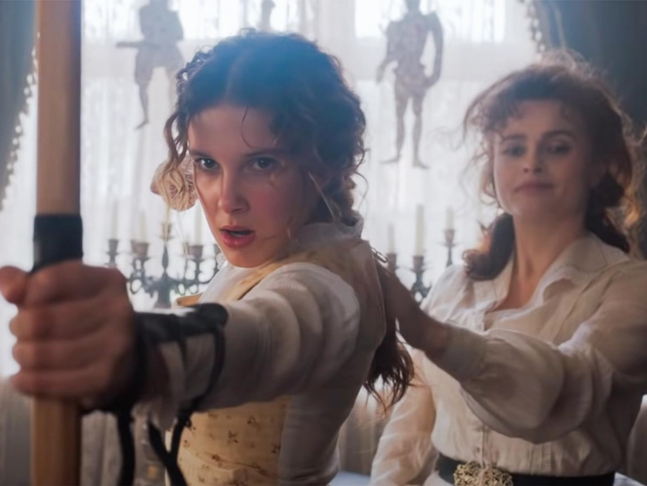 RECOMMENDED READ: Enola Holmes Trailer: Millie Bobby Brown breaks past all norms of being a woman as she sets on an adventure to find her missing mother

While the millennials got Benedict Cumberbatch’s suave and more suspenseful Sherlock, Enola Holmes like the teenagers towards whom it is targeted is more engaging, spontaneous, up-and-about and hopeful for the future. It’s 1884 and England is perched at an interesting era where the suffragette will be changed forever. In these flux situations Enola, the little-known sister of Sherlock is introduced. Enola (Millie Bobby Brown), whose name is ‘alone’ spelt backwards is raised and home-schooled by her mother Eudoria Holmes (Helena Bonham Carter). She is very different from the regular girls of the age as she does not embroider and does not wear hats or gloves. Instead she plays chess, practices jujutsu with her mother in an overgrown backyard and there are experiments in chemistry and tennis and archery lessons. 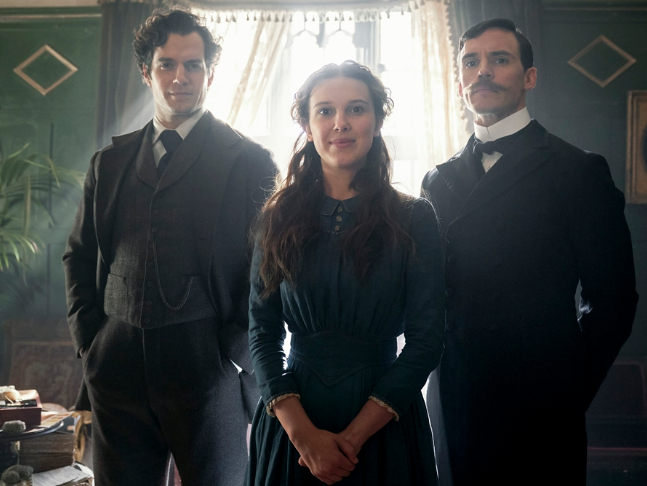 However, her world turns upside down when on her 16th birthday; Enola wakes up to find her mother missing, leaving a string of clues behind her. With the help of her two elder brothers, Enola hopes to solve the mystery of her mother’s disappearance. Her unladylike demeanour is at loggerheads with her elder brothers, Sherlock (Henry Cavill) and Mycroft (Sam Claflin). Their disapproval holds no bar for Enola as she decides to take the matters into her own hands and decides to go to London to look for her. That Mycroft is planning to send her to a grim finishing school to behave in a more ‘ladylike fashion’ is an added incentive to flee. En route she meets another runaway by the name of Lord Viscount Tewksbury. As the sister of the Sherlock and Mycroft who describe her as ‘an uneducated, underdressed, poorly mannered wildling’, she was raised by her mother while her illustrious brothers abandoned the family to make a name for themselves. Millie Bobby Brown is charming as the titular character. She is intelligent but not a know-it-all, and confident, yet is not immune to self-doubt. Millie lends the right flair to the character and that makes it very endearing. Millie owns the film and ensures she matches the performance of her older and more popular counterparts with aplomb.

Henry Cavill’s Sherlock is looks mildly irritated with the happenings and seem that he would like to be somewhere else. However, he is affable and likeable as he admires his little sister’s spunk and is happy to play the second fiddle to her exploits. In short, he is downright proud of her little sister’s achievements. Here he does not show his super-sized ego and arrogance and lets his sister have the upper hand. The scenes between Sherlock and Enola are probably the best as she has his favour unlike the uptight Mycroft. He realizes Enola is a force to be reckoned with and an equal. Not so say the least, Henry looks perfect with his wavy hair as he plays a Sherlock that takes pride in not his own intellect but that of his little sister. Sam Claflin as Mycroft puts in a more animated performance than Henry. He is orthodox and tries to take Enola under his wing as he takes her guardianship trying to turn her into a fine lady. He gives his character a grouchy and ill-tempered twist that is reminiscent of the English upper lip. However, he is also in service to Enola’s character and should have more to do in future instalments. Helena Bonham Carter is bang on target as the free-spirited and dashing mother who does not want to conform to societal rules in raising her daughter. She lends her firebrand flair as Enola’s mother. There is no Watson here to lend his blunderbuss qualities to Holmes but we have Lestrade (Adeel Akhtar) who is bumbling away. 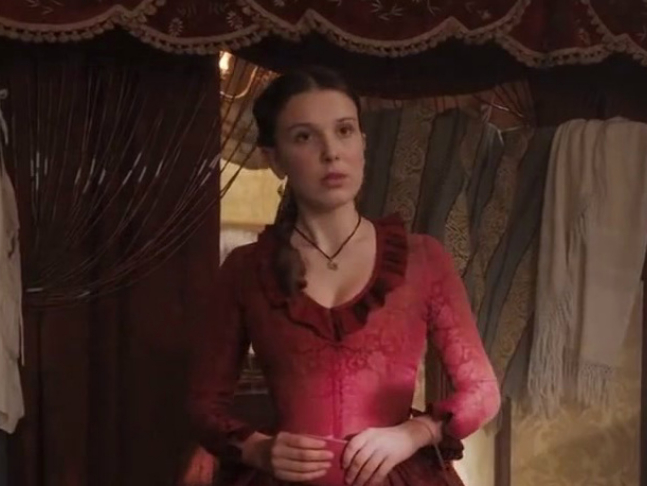 Director Harry Bradbeer keeps the story and the narrative on a fast track and wastes little time in setting the tone and the pace of this adaptation by Nancy Springer. Enola is characterized as fourth-wall breaking, quick-witted, feisty, cracker of a girl. Bradbeer thoughtfully and painstakingly lays out each scene with intent and dramatic exchange. Jack Thorne’s taut screenplay should be credited for well fleshed-out and wholesome character with witty and quick-paced plot that keep the audience engaged.

Enola Holmes, set in the Victorian era showcases compelling themes that were not only relevant then, but are also necessary today. Enola Holmes is a joyous adventure and even though feminism and female gaze are recurring themes they are hardly didactic and preachy. The film should have been a little more mysterious but maybe this is just the starting of a franchise and Enola is just testing herself by wetting her toes. Enola Holmes is definitely one of the most engaging action-comedy films of the year and would stand you in good stead.