The plot of the Bridgerton 2 focuses on Anthony Bridgerton's love triangle between his bride-to-be and her older sister, Kate Sheffield. It is based on The Viscount Who Loved Me, the second book in Julia Quinn's Bridgerton Series. 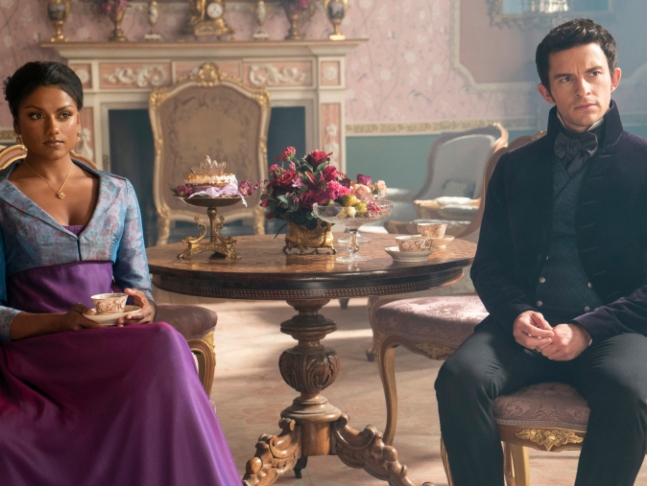 Take a look at how netizens have reacted to Bridgerton 2:

Finished #Bridgerton2
It was nice but very obvious that they changed the story to more eps, still a few key details shouldn't have been changed from the books, those details took away the intensity of it all like fear.
Now we wait for S3 and Lady Whistledown once again‍

My #bridgerton2 thoughts:
1. S1 was better in terms of a cohesive story. S2 was too unfocused.
2. Kate & Anthony have SCORCHING chemistry but they needed more screen time. We see the lust but we don't see the journey to love.
3. Cut half the Featherington subplot. So tedious.

It’s 7:30am and I binged watched the entire season #bridgerton2

It isn’t at all although I still prefer Simon but truth be told Anthony’s character is little bit more “nervous & jumpy”
Kate is a stunner! What a beauty & what a screen presence - wow #bridgerton2
Still feel a little sad our show took a nose dive. #SidlotteForever

It’s like the writers took a shit first book and made an amazing series. Then they took an amazing second book and ruined the series. I’m crying. #bridgerton2 #bridgerton #BridgertonSpoilers pic.twitter.com/fBXt2A9JcJ

I have watched Season 2 of Bridgerton in one sitting, and now i have no other option other than to rewatch#bridgertonseason2 #bridgerton2 pic.twitter.com/416agf7liy

I have many thoughts and a few grievances about #Bridgerton Season 2 but one thing that was ABSOLUTE PURE PERFECTION is these two! Their every single onscreen moment together was just #Bridgerton2 #Kanthony pic.twitter.com/x4l1qxFSFv

Give all the awards to Jonathan Bailey and Simone Ashley now #Bridgerton #bridgertonS2 #Kanthony #Bridgerton2 pic.twitter.com/9GdNepI80Z

I know this is about the Bridgerton siblings but I think I might need a couple of episodes about Edwina and the prince #Bridgerton #bridgerton2 #ABridgertonAffair #BridgertonPremiere #BridgertonNetflix pic.twitter.com/4bMYC3GOPj

But can we talk about how the intensity between these two was felt from kilometres away without sex scenes.
Daphne and Simon could never.#Bridgerton #bridgerton2 pic.twitter.com/abwflzUcRR

Anthony and Kate’s sex scene was 10x hotter than any from the first season #Bridgerton #bridgerton2 pic.twitter.com/STgQ7KJbjM

This season of Bridgerton was exceptional The building up of Anthony & Kate's relationship was amazing. From the stolen glances,the longing for each others touch,the rivalry,the banter and most importantly their love#Kanthony #Bridgerton #bridgerton2 pic.twitter.com/IHEceQi2q9

In summary: I have never cried so much nor sworn so often at a TV show #Bridgerton #Bridgerton2 pic.twitter.com/x8cmUZwebg

Our Viscount and Viscountess

Get you a leading duo that understand and love their characters more than anyone, treat them with care and respect and are the best of friends ♥

is there anything more beautiful than their storyline despite the sad ending?#Bridgerton #Bridgerton2 #BridgertonS2 pic.twitter.com/aROIC42KTc

One of my favorite shots in s2 of #Bridgerton, so far, has to be when Anthony and Kate's pinky fingers don't touch. It can be seen as an allusion to a South Indian custom in weddings when a couple link pinky fingers and walk around the fire to become officially wed #bridgerton2 pic.twitter.com/1UU3JmVqwM

#bridgerton2 is so freaking romantic. Anthony and Kate had an instant attraction and their sexual chemistry was off the charts just from their first hello. All the side stories sucked tho #Bridgerton #Kanthony is perfection. They carried this season. pic.twitter.com/2Wpy6zgjRU

#bridgertonS2 was perfection! I haven't seen an insane chemistry like this for sometime on TV & it was such a ride to watch these two + the other characters!! Loved Loved Loved #bridgerton2 !!! #Kanthony #BridgertonNetflix pic.twitter.com/RwhAidmIy2