Advertisement
HomeWEBCASTArjun Pathak is layered and intense, I worked to live him in every possible way: Kartik Aaryan on his character in Dhamaka

Arjun Pathak is layered and intense, I worked to live him in every possible way: Kartik Aaryan on his character in Dhamaka

The Dhamaka Boy Arjun Pathak aka Kartik Aaryan, a voracious journalist in his upcoming thriller has been winning countless praises and attention ever since the glimpses of his role were unveiled to the audiences. The film is certainly as challenging as a turning point in Kartik's life as he will be playing such an intense role for the first time ever. The actor very recently shared how he pushed himself and practised round the clock to break his mould.

In an interview with a leading newspaper, Kartik opened up about his preparation process and rehearsals to get into the skin of Arjun Pathak, he shared, "Dhamaka is the most challenging film of my career so far, and Arjun Pathak is the most difficult character I have played. In reality, I'm a very high-spirited person, so when I did a few of my previous films, which were in the rom-com space, I felt slightly more comfortable. However, Dhamaka pushed me to expand my boundaries as an actor. I play the role of a journalist, so my prep had definitely increased and was more detailed. I studied the lives of news reporters and watched various documentaries for a better understanding. It was also during the lockdown, so that gave me the time to get into this character deeply. Arjun character is layered and intense, so I really worked to live him in every possible way." 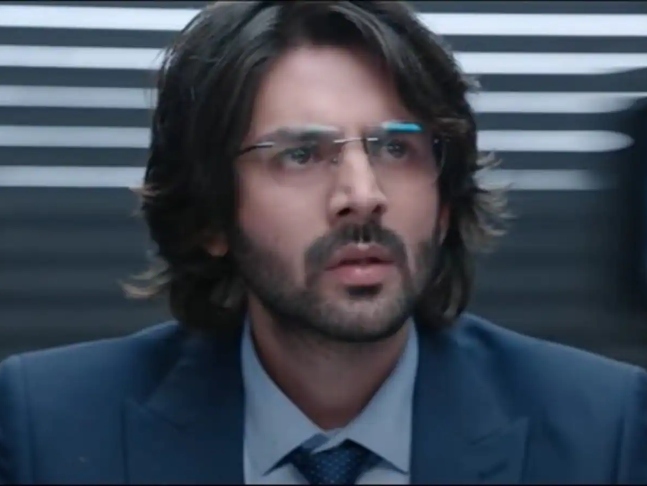 Kartik is touted as one of the top actors of the industry with the best line-up of films in his work canvas and a huge fandom, especially among millennials and girls. Been asked if it's something that motivates him or is it a distraction, Kartik claimed his fans are the greatest motivation, he added, "No, why will it distract me. In fact, it motivates me to do better. Not just female fan following, but male following too... I am a fan-made hero. It is for them that I always try something different and push myself to do better, so technically they are the reason where I am today."

Post the release of the trailer and Kartik's monologue in the latest promo, the hype among fans for his performance has gone up to a whole different level. They have all eyes set to see Kartik roar on-screen with his fiery portrayal as the actor is here to deliver versatility with his craft.

Dhamaka is one of the most anticipated films of Kartik Aaryan. Ram Madhvani's directorial premiers on November 19 on Netflix. Kartik's other upcoming projects include Captain India, Bhool Bhulaiyaa 2, Freddy, Shehzada and Sajid Nadiadwala's next.