Advertisement
HomeWEBCASTCourteney Cox does the dance ‘Routine’ from FRIENDS not with David Schwimmer but Ed Sheeran, breaks the internet with their moves

Courteney Cox does the dance ‘Routine’ from FRIENDS not with David Schwimmer but Ed Sheeran, breaks the internet with their moves 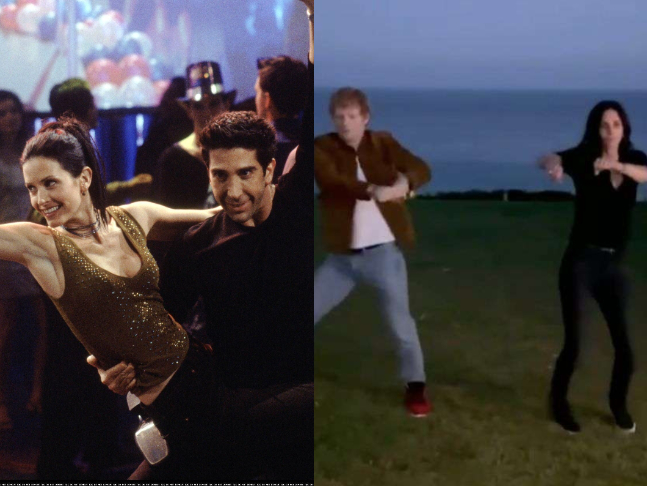 Sharing the Instagram clip with Sheeran, Courteney wrote, “Just some routine dancing with a friend.” Sheeran and she nailed every step- except for the dramatic ending. Sheeran was equally sporting as he mimicked every move of Ross, proving that he is a dedicated Friends fan.

Apparently, many fans were unhappy that the ‘routine’ did not make it to the reunion. Friends Reunion director Ben Winstow had told and online portal why The Routine was not a part of the special episode. He said, "I did say, ‘Would you ever consider doing The Routine?’ And both (Courteney and David) of them were like, 'Oh, please don’t make us do that.' There were certain things I really cared for, like the table read or the quiz. I also couldn’t work out where it would have worked. I’m not sure it would have landed 20 years later. But it was definitely on my list of ideas that I pitched."