Advertisement
HomeWEBCASTDid the FRIENDS cast ever dated in real life? Matthew Perry and David Schwimmer come clean with the secret

Did the FRIENDS cast ever dated in real life? Matthew Perry and David Schwimmer come clean with the secret 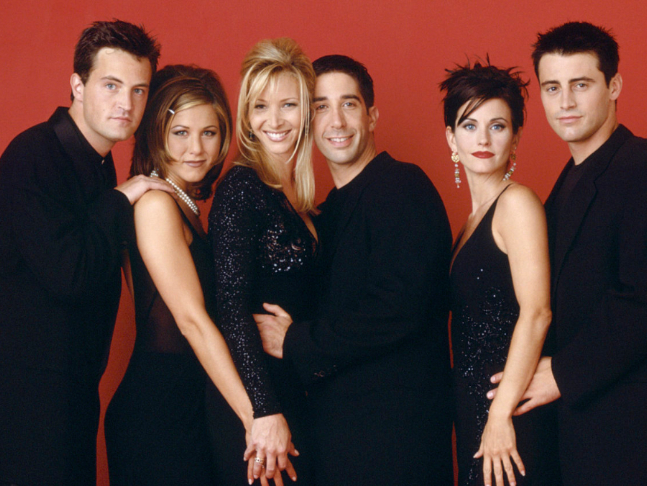 FRIENDS: THE REUNION special episode is about to premiere soon on HBO Max and it has got all the fans of the popular sitcom really excited and elated. The series have had some amazing love stories and while watching the 10 seasons, most of us have wondered whether the cast (comprising of David Schwimmer, Jennifer Aniston, Lisa Kudrow, Courteney Cox, Matthew Perry, Matt LeBlanc) ever dated each other in real-life or hooked up. With just hours to go before we see our favourite actors reprising their roles on screen, David Schwimmer (Ross) and Matthew Perry (Chandler) spill the beans to answer the most pertinent question.

During an interview, just ahead of the reunion, Matthew revealed that there was a pact of not hooking up with each other. The actor revealed that the six of them were really good friends and it was important for them to keep it that way so as not to make it awkward. Matthew said, “There was. There was a rule that we had, it was really important to the six of us that we kept a friendship, that we were friends. And if we were hooking up or there was any strangeness going on, that might mess with things. So we kept a friendship and we did become really good friends. And we are really good friends to this day. And we kept that going. And that was really important. Jim Burrows (director) initiated that and we kept that going."

RECOMMENDED READ: Zee5 to air FRIENDS: THE REUNION in India along with the world, time of broadcast out as fans send cheer

David soon joined and said that there was an unspoken rule of not hooking up while Matt said that they were more like siblings.