PeepingMoon, on January 24, exclusively brought to our readers that Shahid Kapoor will begin shooting for his web show debut, Sunny, in Goa very soon. We also informed that director duo Raj & DK have roped in South actors for a pan-India appeal. The female lead will be played by Raashi Khanna. Confirming the same, Raashi shared a picture with Shahid on her Twitter a while ago.

The actress who primarily works in Telugu and Tamil language films, made her acting debut in a supporting role with John Abraham's Hindi film Madras Cafe (2013). Raashi, posing with Shahid, left fans excited for the collaboration. The 30-year-old actress is seen in a floral tee while Shahid looks cool in casuals and sunnies.

Recommended Read: Shahid Kapoor in and as Sunny in Raj & DK's Amazon Prime show; Shooting begins next week in Goa!

Sharing the same selfie on his Instagram stories, Shahid welcomed Raashi on board. "@raashikhannaoffl welcome on board. And thanks for letting me be part of your selfie. I feel blessed," the actor quipped. 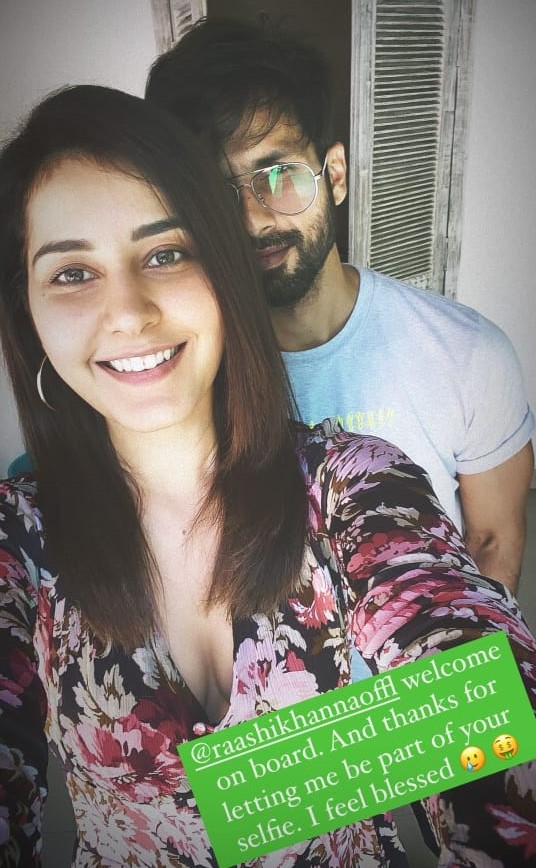 Speaking of Sunny, the web show will stream on Amazon Prime Video. Apart from Shahid and Raashi, Vijay Sethupathi has been signed to play the villain and actor-director Amole Gupte will also play a pivotal role. The show is expected to wrap by the end of April, according to our sources.

After the success of 'Scam 1992', Hansal Mehta announces the second season of the Scam franchise - 'The Curious Case of Abdul Karim Telgi'