National Award-winning actor Nawazuddin Siddiqui collaborates once again with Anurag Kashyap in the new digital film Ghoomketu, which is streaming now on Zee 5. Directed by Pushpendra Nath Misra, the film also features Ragini Khanna, Raghubir Yadav, Ila Arun, and Swanand Kirkire among others. It revolves around the journey of an aspiring writer from Uttar Pradesh to Mumbai, to make his mark in Bollywood.

The comedy received a mixed response and the actor is elated that after much delay, the film finally reached a wide audience owing to its release on web. "I have only chased interesting stories, and Ghoomketu was one of them. It doesn't matter whether the story is being told on an OTT platform, television or on the big screen," he told a leading daily. 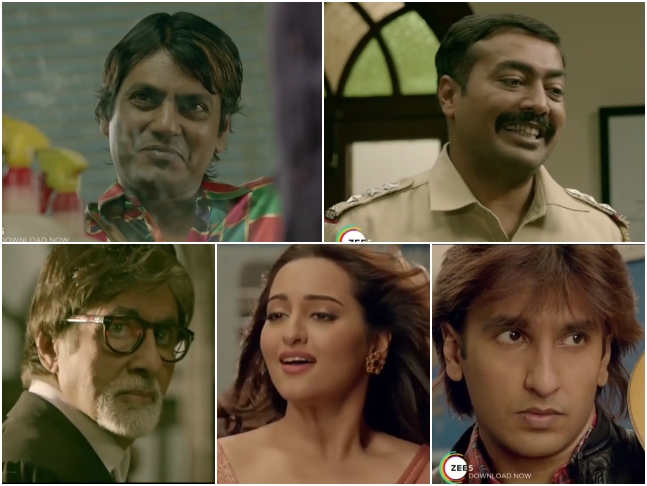 Not to miss, Nawazuddin was one of the first few actors to take a plunge into the digital world with Sacred Games, arguably among India's finest web offerings. However, he feels that quality of offerings has dipped overtime. "If you study the [OTT] market, there are all kinds of work on offer. While there are brilliant films and shows, I also unfortunately see some below-average work from India on these platforms. The [streaming] services have a wide reach and must be respected," he said.

Lastly, he praised filmmakers like Anurag for raising the bar of cinema and OTT platforms with their offerings and putting India on the world map. "It was Sacred Games that put us on the map. Even if I stand on the streets of New York, people recognise me as a Sacred Games actor. People don't give him enough credit, but Anurag Kashyap has played a big role in changing Indian cinema. He encouraged directors to stay true to their roots and tell stories of the heartland. That's when stories set in Meerut and Kanpur started making their way [to the silver screen]," he signed off by saying.

Pinch Season 2 promo: From getting called a 'Chihuahua in a lady's bag