Advertisement
HomeWEBCASTThe makers of 'The Verdict-State Vs Nanavati' dedicate the second trailer of the series to India’s most prolific lawyer late Ram Jethmalani!

The makers of 'The Verdict-State Vs Nanavati' dedicate the second trailer of the series to India’s most prolific lawyer late Ram Jethmalani!

Recently the makers of The Verdict-State Vs Nanavati released a new trailer of the series which is dedicated to late Ram Jethmalani, India's most famous defence lawyer. The first trailer of the series had created an immense buzz amongst the audience and now, the second trailer has just acted as a catalyst and added to the tremendous buzz the series has generated.

The second trailer starts in the year 2019 when a journalist visits Mr.Jethmalani to seek information about Nanavati case and then shifts the narrative to Bombay in the year 1959. Then the trailer slowly proceeds towards the illicit relationship between Kawas Manekshaw Nanavati’s wife and Sindhi businessman Prem Ahuja. Then the trailer showcases efforts of Nanavti’s lawyer and prosecution to win the case, the press also has a very prominent role which can be witnessed in the trailer. The trailer also highlights the pressure which comes in to rescue naval commander Nanavati who is accused for the murder of Prem Ahuja.

The ensemble of the cast from various platforms will bring the story of K.M. Nanavati to life on the digital space. The audience is now just waiting for the thrilling ride of the case that divided the nation with opinions. The fans have gone gaga over the outing ever since the trailer has been released! The highly controversial case of a Naval Commander K. M. Nanavati who killed his wife's lover, Prem Ahuja is one of the landmark cases in the history of India. Content Czarina Ekta Kapoor who is known for her unique projects has made a series for her OTT platform, ALT Balaji. 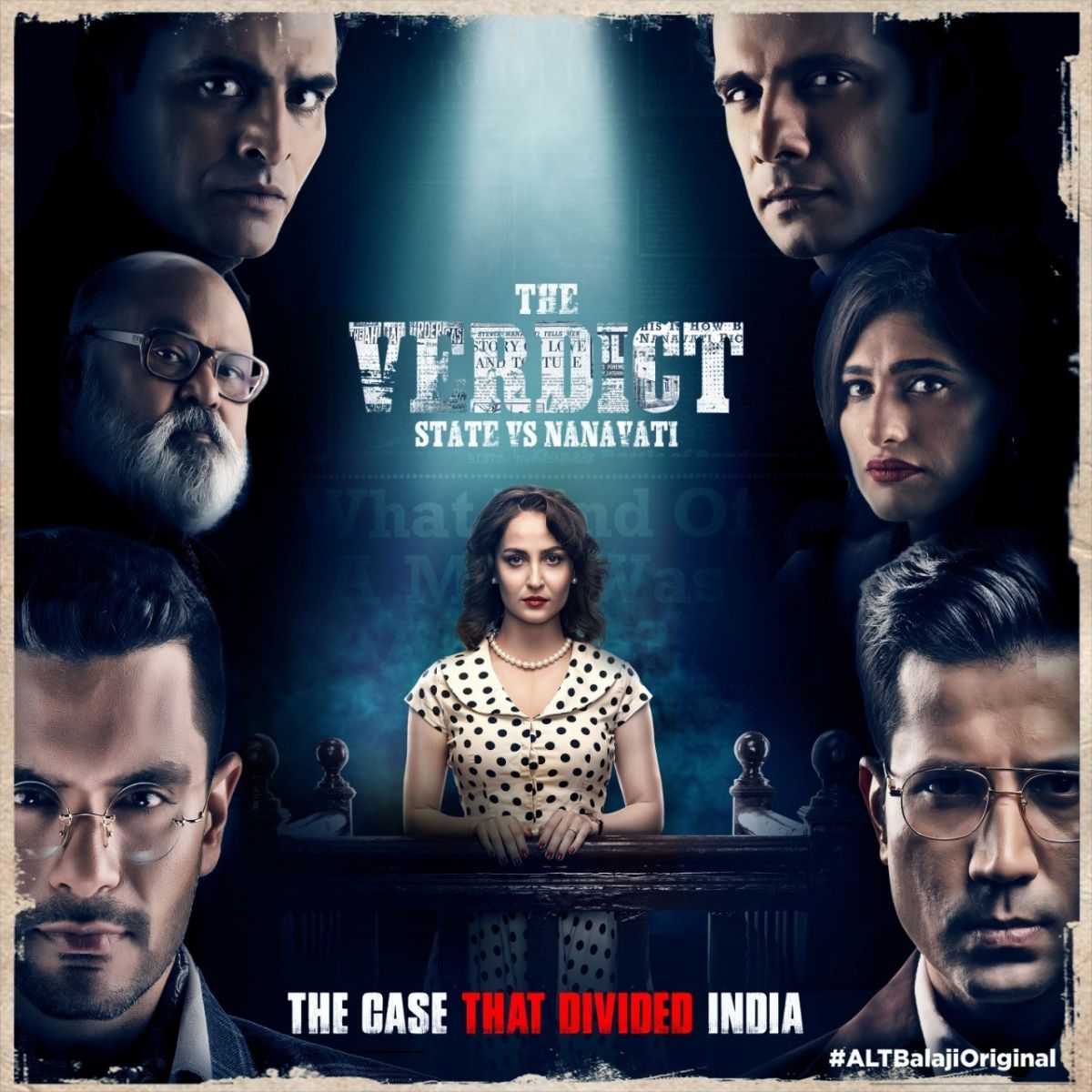 Despite six decades, the story of the trial which revolved around infidelity, cold-blooded murder and patriotism still grab people's attention. This 10-episode courtroom drama will be based on public records, newspaper articles of the time, interviews with people who have knowledge of the case- keeping it as real and authentic as possible. While the result of the trial is now a known fact, it is the unfolding of the case that remains a matter of interest to the nation.

ALTBalaji's and ZEE5 The Verdict - State Vs Nanavati will have a whole host of theatre veterans playing pivotal roles. The series will get unveiled on September 30.