Advertisement
HomeWEBCASTKiara Advani to make a comeback on Netflix with Dharmatic, a Karan Johar company for its first web film- Guilty

Kiara Advani to make a comeback on Netflix with Dharmatic, a Karan Johar company for its first web film- Guilty 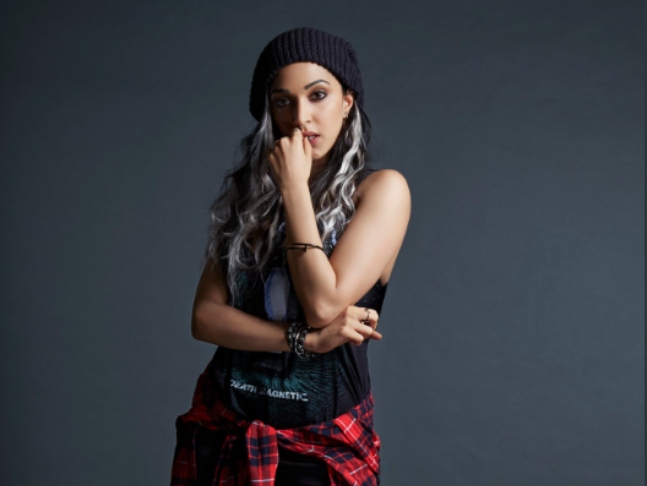 Kiara Advani is currently riding high on success with Kabir Singh. Kiara, with her choice of films, has proven that she ain't just a pretty face but a talented actress too. The actress, who has her plate full with films, is all set to make a comeback on the digital platform Netflix with yet another interesting web film titled Guilty. Guilty is the first web series produced by Dharmatic, a company owned by Karan Johar. The film will be directed by Ruchi Narain. The official announcement of the film was made on Netflix's and Karan's Twitter account on Tuesday.

Along with the announcement, the makers shared Kiara's character's first look where she is seen sporting a streak of grey hair. In the picture, Kiara is dressed in skinny jeans paired with a tee and beany. Her look is rounded off with boots and minimal makeup. Take a look at the announcement here:

We're buzzing to announce that @Advani_Kiara will return to Netflix in a new movie called Guilty produced by Dharmatic, a @karanjohar company.
Okay, the buzzing has intensified. Who has the remote?@DharmaMovies @apoorvamehta18 pic.twitter.com/nNWUzjcZmG

Talking about Guilty, the film explores the different versions of truth that emerge when a small-town girl accuses the college heartthrob of rape. Seen through the eyes of his musician girlfriend, this story makes us question who is truly guilty in such circumstances. It is scheduled to release later this year.

Kiara's and Karan's professional association began with the Netflix Originals series Lust Stories last year. Soon after, the producer stepped into the shoes of the actress' mentor. She also featured in a cameo in Karan-produced Kalank. Kiara has also signed Shershaah opposite Dharma Productions' protege Sidharth Malhotra. The film is also produced by Karan under Dharma Productions. Kiara's yet another film titled Good News is also bankrolled by Karan. Apart from Dharma films, Kiara will be seen in Laxmmi Bomb with Akshay Kumar and will subsequently appear in Indu Ki Jawani.