Just five days before their 4th wedding anniversary, Samantha Ruth Prabhu and Naga Chaitanya announced their decision to separate. Ever since the renowned Telugu actors issued a statement, fans are trying to come to terms that their beloved ChaySam are no longer together as husband-wife. Now, as Samantha and Chaitanya are attempting to move on in their respective lives as individuals, the former's father, Joseph Prabhu, has reacted to the separation news.

According to a news portal, Joseph said his mind has gone blank ever since he learnt about his daughter Samantha and Chaitanya's separation. He told that he hoped for things to get better. While the decision did come across as a shock to him, Joseph was convinced that Samantha thought through her decision. 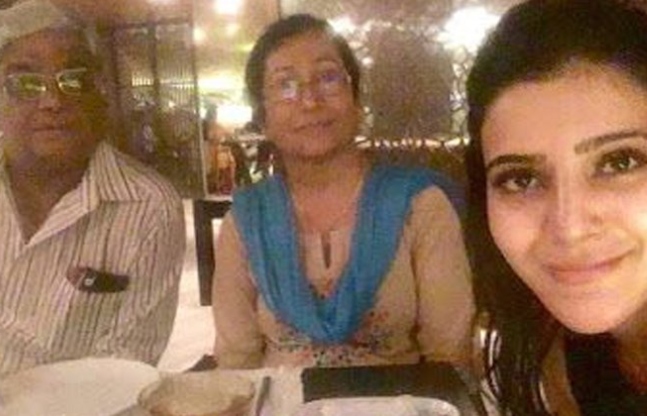 Chaitanya's father Nagarjuna issued a statement after the news was out on October 2. He wrote, "With a heavy heart let me say this! Whatever happened between Sam and Chay is very unfortunate. What happens between a wife and husband is very personal. Sam and Chay both are dear to me. My family will always cherish the moments spent with Sam and she will always be dear to us! May God bless them both with strength."

Post separating from Chaitanya, Samantha changed her name on her social media accounts.

I am in tears...: Puneeth Rajkumar's wife Ashwini pens an emotional note in her first post after his untimely demise

Samantha Ruth Prabhu shares an inspiring quote on strength, says 'the strongest people are those who win battles we know nothing about'