The Southern industry superstars made headlines with their films and other news. From Kamal Haasan and Prabhu Deva reuniting after 22 years to Vijay’s and Vijay Sethupathi’s Master to release in three languages in 2021 to Parvathy’s campus movie Varthamanam rejected by CBFC for screening to Varun Tej testing positive for Coronavirus, here are the latest news from the industry. Kamal Haasan’s 232nd film Vikram will also star Prabhu Deva in a pivotal role. The film is directed by Lokesh Kanagaraj and will see the popular actors reunite on screen after 22 years. They had shared screen space in the 1998 comedy hit Kadhala Kadhala. Touted to be a political thriller, Vikram is being planned to be wrapped up in a single schedule and the makers, are eyeing to release the film ahead of the 2021 Tamil Nadu elections.

Vijay’s upcoming action drama Master has got its theatrical release date in place. The film will be released in three languages on January 13 next year for the Pongal festival. As per the posters, the film will be released in Tamil, Telugu and Hindi. The film has been titled Vijay The Master for the dubbed Hindi version. The film features Vijay in the role of a college professor with a violent past. It also stars Vijay Sethupathi as the antagonist. Master also stars Malavika Mohanan, Shanthanu Bhagyaraj and Andrea Jeremiah and has been produced by Xavier Britto. It marks the first collaboration of Vijay and director Lokesh Kanagaraj. 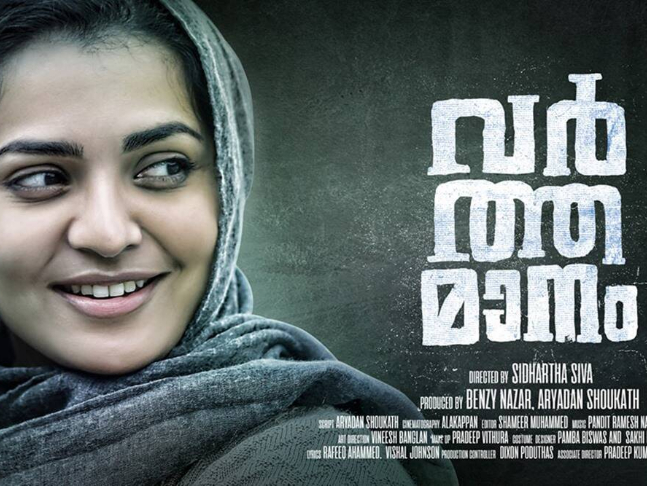 Parvathy’s film Varthamanam has been rejected for screening by the Kerala regional office of the Central Board of Film Certification (CBFC). The film revolves around Parvathy’s character who goes to Jawahar Lal Nehru University (JNU) to research about a freedom fighter. Its scriptwriter and Congress leader Aryadan Shoukath told a portal, “It is set against the Delhi campus of the JNU and the student movement there. It shows how all of them come together despite political differences, and shows very secular ideas. We have received a notice from the board that the film has been sent to a revising committee. No reason has been mentioned in it.” The film is directed by Sidhartha Siva. While Charan is asymptomatic, Varun wrote that he has mild symptoms. The doctors have advised him to quarantine at home. Varun and Charan were in Udaipur earlier this month to attend the former’s sister and the latter cousin sister Niharika Konidela’s wedding to Hyderabad-based techie Chaitanya JV.