Media consulting firm Ormax Media has been tracking star popularity in Hindi, Hollywood, Tamil & Telugu cinema. The track, called Ormax Stars India Loves, is based on consumer research conducted across India, in more than 400 cities & towns. With theatres re-opening in October 2020, the results of the latest edition become particularly relevant.

In the two main South Indian markets, i.e., Tamil & Telugu, the top honours are taken by Vijay (Thalapathy), Nayanthara, Allu Arjun and Samantha. The research covers 15 towns each in the states of Tamil Nadu and AP-Telangana respectively. Data for Ormax Stars India Loves is collected round the year using telephonic and online research. RECOMMENDED READ: You are my person and I am yours,’ says Samantha Akkineni as she wishes husband Naga Chaitanya on their wedding anniversary 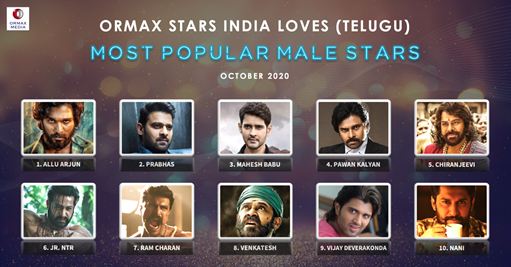 Commenting on Ormax’s star popularity tracking, Gautam Jain, Partner - Ormax Media said: “Ormax’s star popularity ratings are an important metric that captures the true fan following of a star. Stars may see ups and downs in terms of box office performance and their personal life, but the loyal fan following of a star is built over several years, if not decades, and is not affected much by short-term outcomes. After Hindi & Hollywood, we decided to extent Ormax Stars India Loves to the Tamil & Telugu markets, because the fan base stars enjoy in South India is at another level altogether. We will soon be extending this track to other languages, including Kannada, Malayalam, Bengali, Marathi & Punjabi”.

'Kamal Haasan's leg surgery successful, he is in good spirits,' say daughters Shruti Haasan and Akshara Haasan in a statement