Looking forward
Thank you for the warm welcome
A new story, a new journey and brand new butterflies in my tummy! #MahaSamudram https://t.co/bzI9QAxrr7

Aditi Raoy Hydari has been roped to play the female lead in upcoming Telugu action-drama Maha Samudram, which also stars Siddharth and Sharwanand in the lead. The announcement was made today by the producers AK Entertainments via a statement as well as on social media. “The very talented and beautiful Aditi Rao Hydari is finalised as the female lead in our film. After considering various names, the makers felt Aditi would be the best choice for a crucial role which will have scope for her to perform,” read a statement.

Aditi also tweeted about the announcement. The film will be directed by Ajay Bhupathi and marks Siddharth’s return to Telugu cinema after a hiatus of seven years. Malayalam star Tovino Thomas recently got discharged from hospital, after medical care following an injury he sustained during a shoot on the sets of his film Kala. Tovino took to Instagram and posted a card made by his children. "Welcome back home Appa… We missed you, get well soon… Izza and Tahaan," the card read.

A big HELLO from home! I got discharged and is fine at home now. Thanks and love for all your wishes and concern in the last few days. The doctors and hospital staff took great care of me. A big thanks to them. Also thanks to everyone who supported me - colleagues, family, friends, cinema lovers and everyone who showed their care. I really felt positive seeing your messages and calls. The incident hopefully makes me take better care of my self. Hoping to get back to work soon and keep entertaining you with good movies. Till then I'll rest and enjoy your love. Big thanks and lots of love. It was a bigger realisation of how much love I was being given. Duly noted! . , ‌ . , . . , .. .

Alongside the image, Tovino wrote: "A big HELLO from home! I got discharged and is fine at home now. Thanks and love for all your wishes and concern in the last few days. The doctors and hospital staff took great care of me. A big thanks to them. Also thanks to everyone who supported me - colleagues, family, friends, cinema lovers and everyone who showed their care." Tovino shared that he really felt positive seeing all the messages and calls following his injury.

Dhanush reunites with his ‘one true love’

ONE TRUE LOVE missed you so much

Dhanush, who resumed work after the Coronavirus unlock has been reunited with his ‘one true love’. Sharing an update of sort on social media where he can be seen hugging the camera, the actor wrote, “ONE TRUE LOVE  missed you so much.” Reportedly the actor has started shooting for his upcoming Hindi film Atrangi Re that also stars Sara Ali Khan and Akshay Kumar and is the second collaboration with director Aanand L Rai. 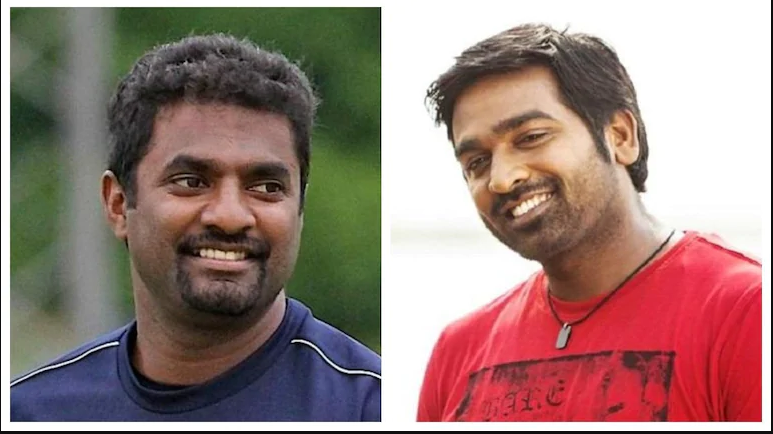 Former Sri Lankan cricketer Muttiah Muralitharan showered praise on Vijay Sethupathi who will be essaying the role of the off-spinner in his biopic titled 800. Speaking on a sports channel, Muralitharan said, “Once the script was ready, we thought the best fit for this movie is non-other than Vijay Sethupathi. I think he is a very talented actor and he will nail the bowling expressions. I trust Vijay completely as he is one of the greatest actors and I have complete faith that he’ll definitely do wonders for the film.”

Major portions of the film will be shot in Sri Lanka, UK, Australia, and India. The shoot will start at the beginning of 2021 and the film 800 will hit the screens at the end of 2021. The film will be made primarily in the Tamil language. Reportedly, the makers are also planning to dub the film in all South Indian languages including Hindi, Bengali, and Sinhalese. An international version with English subtitles is also being planned.