Advertisement
HomeSouthWhen you laugh at others you should be able to laugh at yourself: Samantha Akkineni edits her yoga photo on to the poster of 'Spider Man'

When you laugh at others you should be able to laugh at yourself: Samantha Akkineni edits her yoga photo on to the poster of 'Spider Man'

Southern star Samantha Akkineni turned into Spider-Man in a new picture she shared on social media. Samantha took to Instagram Stories, where she edited a picture of herself onto the poster of the 2019 film, Spider-Man: Far From Home.

In the image, she replaced the character with a picture of herself doing a complex yoga position. "When you laugh at others you should be able to laugh at yourself," she wrote on the picture. 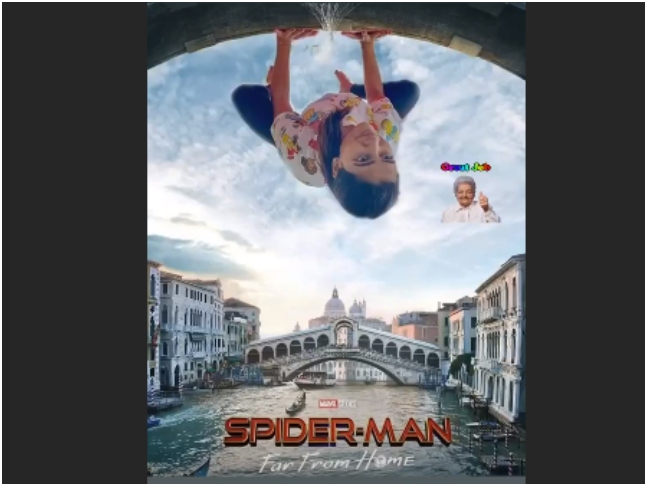 Spider-Man: Far From Home is based on the Marvel Comics character Spider-Man. It is the sequel to "Spider-Man: Homecoming" and the 23rd film in the Marvel Cinematic Universe (MCU). The actress, who was last seen in the Telugu film Jaanu, has made a name for herself in Tamil and Telugu film industries.

She is known for her performances in films such as Ye Maaya Chesave, Neethaane En Ponvasantham, Eega, Mersal and Rangasthalam. She impressed all with her role in Super Deluxe last year. Samantha will next be seen in Kaathuvaakula Rendu Kaadhal, starring Vijay Sethupathi. The film also stars Nayanthara. It is directed by Vignesh Shivan.