S S Rajamouli became a globally recognised filmmaker post the mammoth success of the Bahubali franchise. After taking us into the Kingdom of Mahishmati, Rajamouli is currently gearing up to present the tale of two freedom fighters from the ancient period in RRR. Starring the biggest names of South and Hindi film industry, like Ajay Devgn, Alia Bhatt, Ram Charan and Jr. NTR, the film is the current talk of the town. With the shooting progressing at a brisk speed, Ajay kick-started filming his portions in Hyderabad a couple of days ago. Now, in the latest development, the buzz has it that Shriya Saran is roped in to play the lead actress opposite Ajay in this Rajamouli directorial.

As per reports that are circulating across media, Shriya, who is currently settled in Russia with her Andrei Koscheev, flew down to Hyderabad to film her portions in the forests of Vikarabad. While the makers of RRR are ensuring utmost privacy and secrecy about the characters of each actor, speculations suggest that Ajay will be playing father to Ram Charan and will be seen only in flashback sequences. Shriya and Ajay were seen as husband-wife in Drishyam. 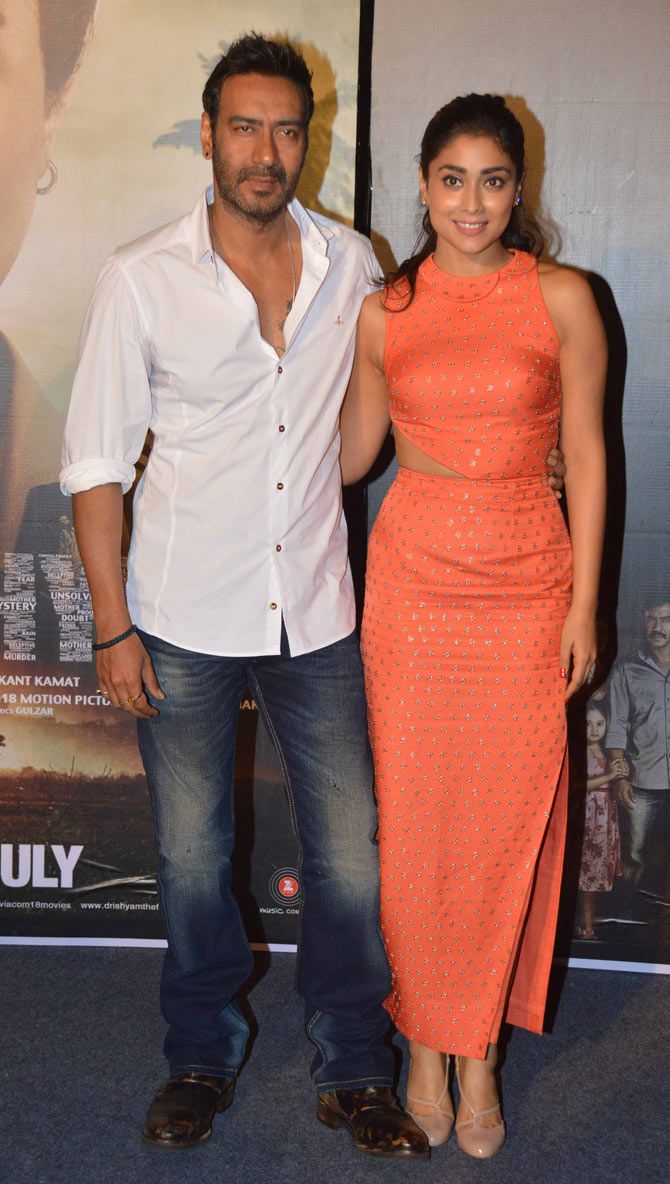 Talking about RRR, it is a fictitious tale on two Telugu freedom fighters Alluri Seetharama Raju and Komaram Bheem played by Ram Charan and Jr NTR respectively. Alia is said to be playing Ram Charan's love interest while Olivia Morris is Jr. NTR's lady love. Makrand Deshpande, Rahul Ramakrishna, Alison Doody and Ray Stevenson are also a part of the film. The lavish project is tentatively scheduled to release on July 31, 2020, but reports suggest that the makers are intending to push to October 2020.