Some family entertainers just come and go but very rarely do some stay with us, almost forever! And well, Dharma Productions' Jug Jugg Jeeyo is one such film. Directed by Good Newwz fame Raj Mehta, the film stars Varun Dhawan, Anil Kapoor, Kiara Advani, Neetu Kapoor, Maniesh Paul and Prajakta Koli. With a star cast this strong, one can only expect a commendable piece of work and well, Jug Jugg Jeeyo doesn't disappoint one bit. Be it its progressive & important storyline or its catchy yet significant writing, Jug Jugg Jeeyo is here to stay.

The film revolves around a young married couple, Kukoo Saini & Naina Sharma (Varun Dhawan & Kiara Advani), who plan to separate from each other. However, during their visit to India for Kukoo's sister Ginni's (Prajakta Koli) wedding, he learns that his father Bheem Saini (Anil Kapoor) has an extramarital affair with his math teacher Meera (Tisca Chopra) and wants a divorce from his mother Geeta (Neetu Kapoor) too. 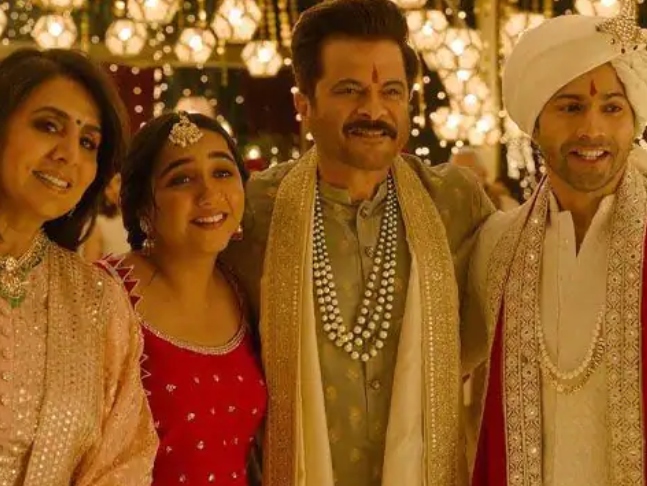 While Naina and Kukoo go through their own problems, they try to amend Bheem and Geeta's strained relationship. Will they succeed? What's in store for the couples? Raj Mehta beautifully answers these questions in Jug Jugg Jeeyo.

After the fantastic Good Newwz, Raj Mehta is back with yet another winner. It is reassured that he is a director to watch out for when it comes to striking the right balance between humour and content. While the first half of Jug Jugg Jeeyo will leave you rolling on the floor laughing, the second half will make you teary-eyed. Every sentiment, every breakdown, every laugh and every confrontation has a deep thought behind it. It wouldn't be wrong to call the film the best family entertainer of the year. We can finally say that we have a theatrical release that will get the box office cash registers ringing again. 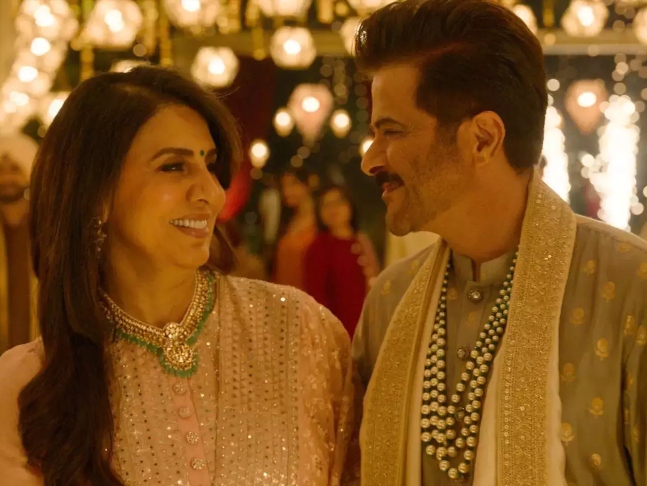 The clear show-stealer of Jug Jugg Jeeyo is undoubtedly Anil Kapoor. As he completes 39 years in the industry, his experience reflects in every scene he is in. Taking the centre stage, the veteran actor brings out maximum laughs. Without giving any spoilers, Jug Jugg Jeeyo should be on your watchlist for Anil.

Where was Neetu Kapoor all these years? Despite coming after a long break, her command over her craft remains intact. Be it her expressions or body language, she is at her best. While the monologue is fantastically done, Neetu draws attention in the pre-climax portions. Maniesh Paul does deserve an award for all those hilarious one-liners and dialogues that will make the toughest person crack up. Let's admit, Raj Mehta knows how to bring the best out of Kiara. After Good Newwz, their collaboration is definitely a blockbuster. As Naina, Kiara excels. While the trailer made us believe that Jug Jugg Jeeyo is more about the men, the film is just the opposite. The strongest characters in the film are Geeta and Naina. With Kiara immortalising Naina, we can assure the actress is in the race to become the next highest-paid superstar.

Varun's Kukoo is cute, adorable and strong. While he comes across as a careless, good-for-nothing guy, there is a lot more to him. It is known that Varun has a grip over comedy and romance and Jug Jugg Jeeyo is just another testament to it.

Rishhabh Sharma's writing is thoroughly engaging and uplifts the plot of the film. Screenplay by Rishhabh Sharrma, Anurag Singh, Sumit Batheja & Neeraj Udhawani moves in the perfect pace, blending in all the emotions in the right manner. Jay I. Patel's cinematography is beautiful and editing by Manish More is crisp and fast-paced. But if there's one thing that stands out is the film's music. Kudos to Mithoon Tanishk Bagchi, Kanishk Seth, Kavita Seth, Diesby, Pozy and Vishal Shelke for spreading the JJJ music craze all over the world with their catchy songs.