Man-animal conflicts, ill-effects of urbanisation, and poverty are among those debates that have been happening for the longest of times. Indian cinema has also adapted these tales for the big screen. Once again, a film has been made along similar lines. It is titled Sherdil: The Pilibhit Saga. As the title suggests, the Pankaj Tripathi, Neeraj Kabi and Sayani Gupta film is inspired by true events that took place around 2017.

Sherdil's premise is from a true story of a practice prevalent near the Pilibhit Tiger Reserve. It was alleged that people left their elderly family members for tigers to prey on and then claim compensation from the administration. Srijit Mukerji, who is the director of Sherdil, spins off a story revolving around Gangaram (Pankaj Tripathi), who is the sarpanch of a village in Uttar Pradesh. As a responsible citizen of his village, he takes the government's assistance for the village and its prosperity and wellbeing. However, being denied direct help, Gangaram pledges to do the extraordinary.

Leaving behind his wife Laajo (Sayani Gupta), an old mother and two children, Gangaram walks into the lush green tiger reserve with the aim to fall prey to the big cat. He lies to his family about cancer, just to venture out into the lush green woods and become a hero in the eyes of the poor, naive villagers. In order to ensure that his family benefits from the government money, which is promised to the family of any tiger attack victim, Gangaram puts his life at risk. 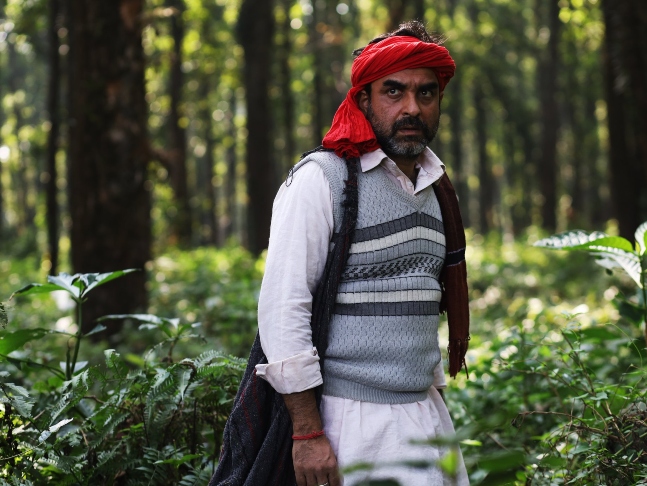 Will Gangaram succeed in achieving his goal? Will he be killed by the tiger? What's in store for his family and the rest of the villagers? Why did this bizarre and inhuman practice come into existence? Sherdil addresses all of them.

Sherdil: The Pilibhit Saga is a great attempt at highlighting a cruel but relevant practice in the interiors of India. Having said this, there is also nothing extraordinary shown in the film which makes its runtime of almost 2 hours 15 minutes dreary. While Srijit along with Sudeep Nigam have incorporated hilarious dialogues and sequences even in the grimmest moments, the film does get preachy towards the end.

The ambience created in Sherdil is commendable. All the sequences shot inside a jungle are at its aesthetic best. The haunting calmness, sudden fear and serenity of the entire world of the wild have been captured beautifully. What Sherdil rides heavily on is its starcast. When you hear Pankaj Tripathi's name, you are assured that a masterclass in acting will be served. While the actor puts up an incredible performance, overall, there are moments where he seems to be a little loud with his body language and expressions. 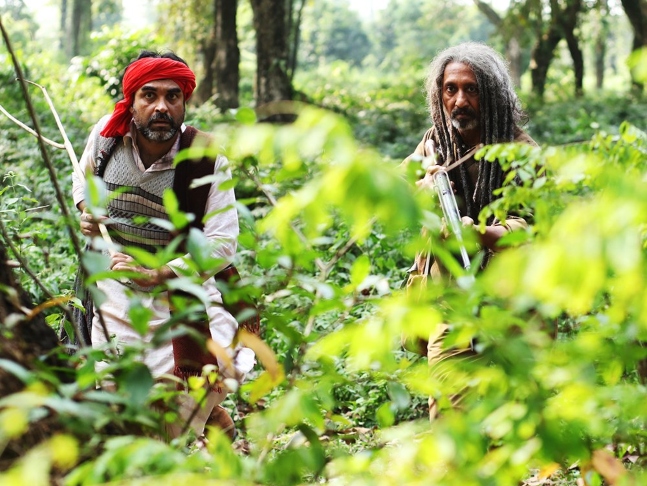 Neeraj Kabi plays an integral part in Sherdil and he is not the 'antagonist'. Serving a much-needed dose of gyan about religion, caste, jungle and more to Gangaram, his character of Jim Ahmed brings much gravitas to the entire plot. All the scenes that feature Pankaj and Neeraj together are gems. But their collaboration required a better script.

I loved Sayani Gupta for the freshness she brings to the table. Despite getting a brief and underexplored character of Laajo, she leaves behind an impact with her earnest work. Be it her dialect or body language, the actress aces them all.

Sherdil: The Pilibhit Saga becomes a watchable affair only for the star cast and humorous moments. The film comes across as dragged on many occasions. When preachiness seeps in, it loses its plot. The balance between entertainment and education doesn't seem to fall in place as the inclination is more toward the latter.

Sherdil: The Pilibhit Saga is an earnest attempt, no doubt, and it manages to work in bits and pieces but that's just not enough to leave behind an impact. If you wish, watch it for the performances, cinematography and music by Shantanu Moitra which is fantastic.