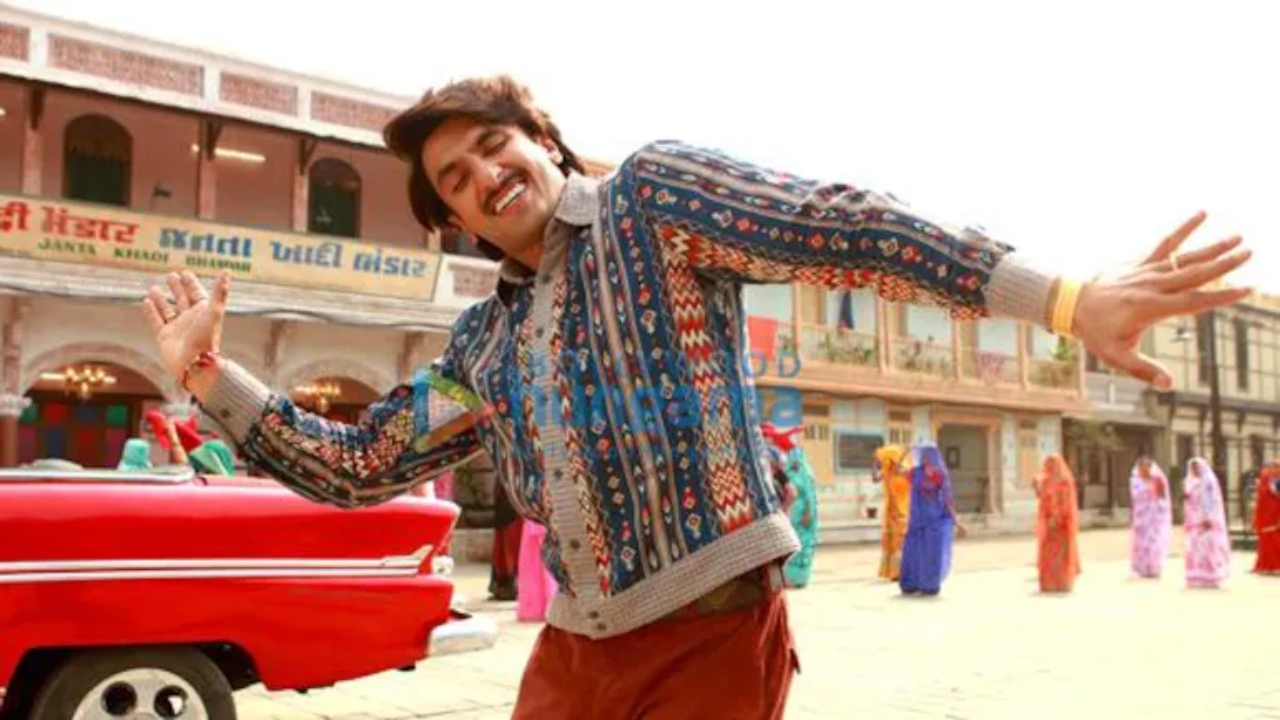 Divyang, a popular Gujarati actor and director, takes us into his simple world right from the first frame. The world of Jayeshbhai Jordaar is set in a fictitious village of Pravingadh where Jayeshbhai (played by chameleon Ranveer Singh) resides with his father (a fantastic Boman Irani), mother (ace performer Ratna Pathak Shah), his pregnant wife Mudra (supremo Shalini Pandey) and daughter Siddhi (lovely Jia Vaidya). 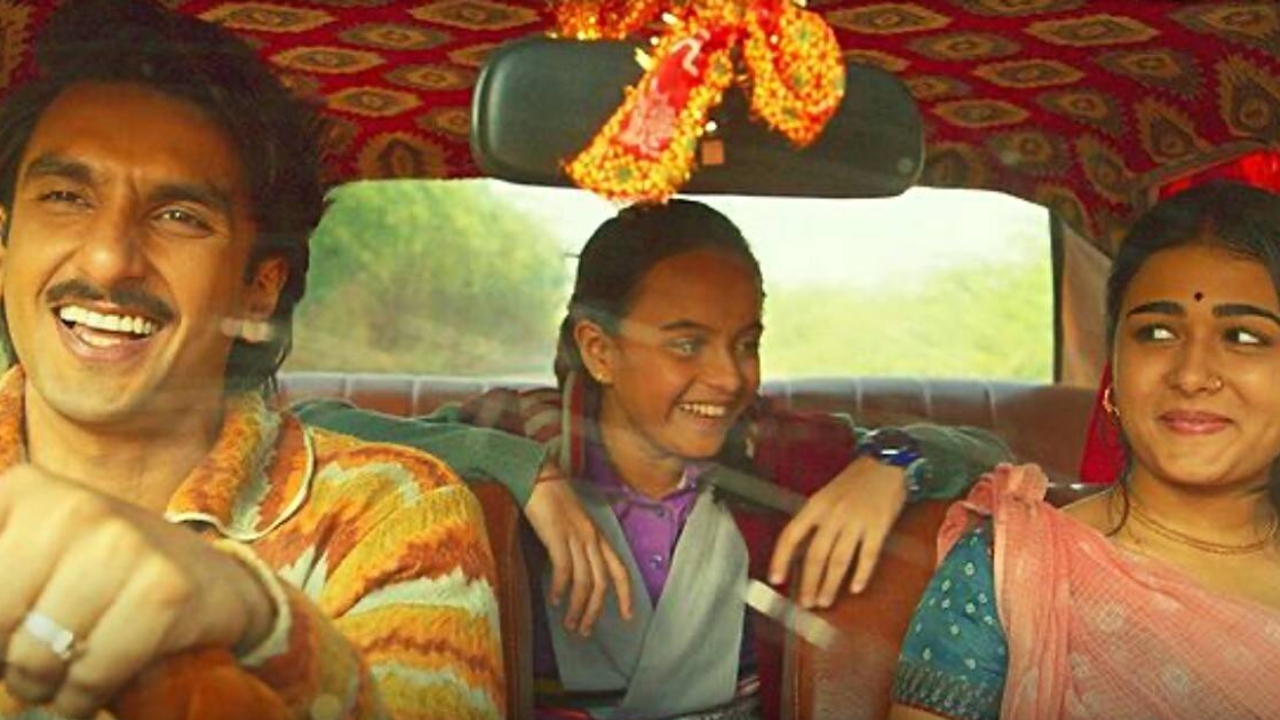 The film’s opening shot is inside the hospital’s sonography department where Jayesh’s father and mother are getting Mudra’s second child’s sex determined. They are praying for a Jai Shree Krishna (read son) and not Jai Mata Di (read daughter). However, the doctor reveals that Mudra is expecting a baby girl. Jayesh, at any cost, has to save his unborn baby girl and bring her into a better and safer world.

The story of Jayeshbhai Jordaar is basic. Very basic. But the treatment given by the makers and the entire cast and crew makes the film a jordaar, entertaining watch. Divyang uses humour to put across a poignant message but somewhere, the film gets too predictable and falls short of becoming a masterpiece. You know what you are going to see next and this can be a major obstacle for those who are expecting something unexpected. 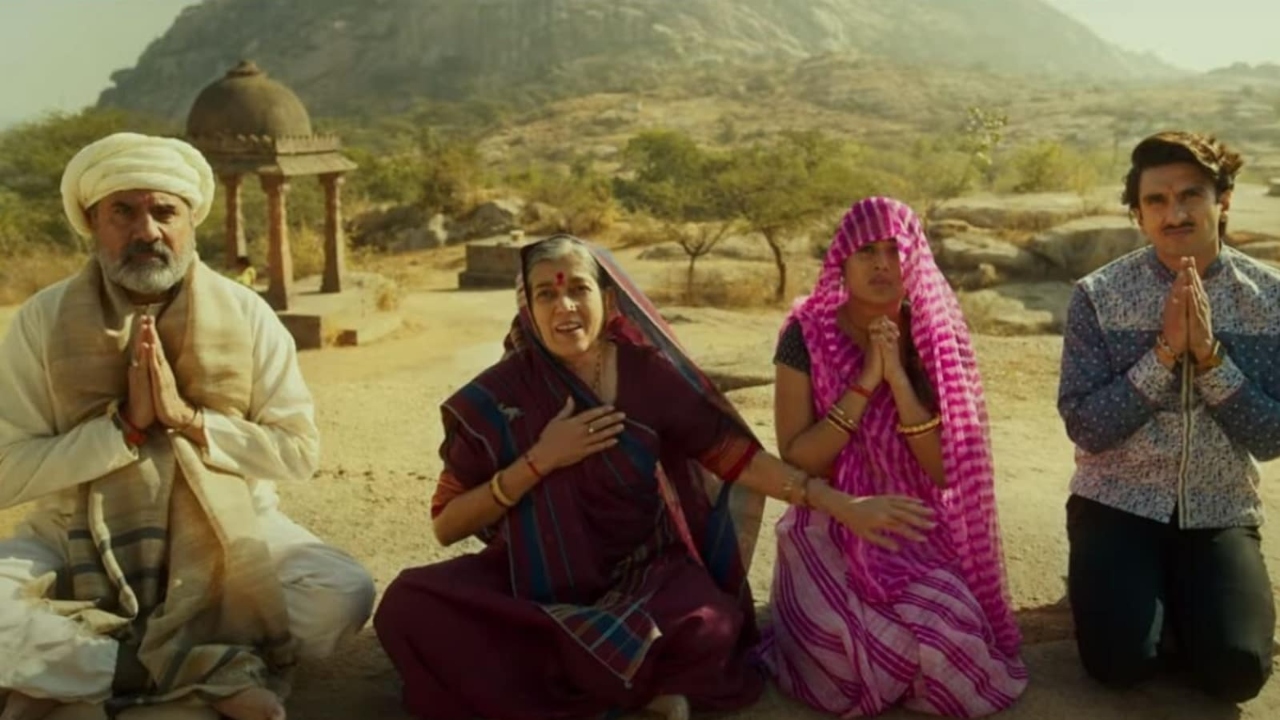 What saves Jayeshbhai Jordaar from being a complete disaster is the performances delivered by the entire cast. And also, the funny dialogues and punch lines. Performances by Ranveer, Shalini Pandey, Ratna Pathak Shah, Boman Irani, Jia Vaidya and Deeksha Joshi are applaud-worthy. They make us forget the flaws and provide what’s expected – a family entertainer which is not very loud and visually overwhelming.

Kudos to the makers for breaking stereotypes and mentioning the name of the junior-most cast member Jia first while the end credits play. Promoting the slogan ‘Beta Bachao, Beti Padhao’ preachiness just brushes off Jayeshbhai Jordaar very closely. What I loved the most is how to use the term ‘Ghaghra Paltan’ to show the transformation of Ratna Pathak Shah’s Yashoda. 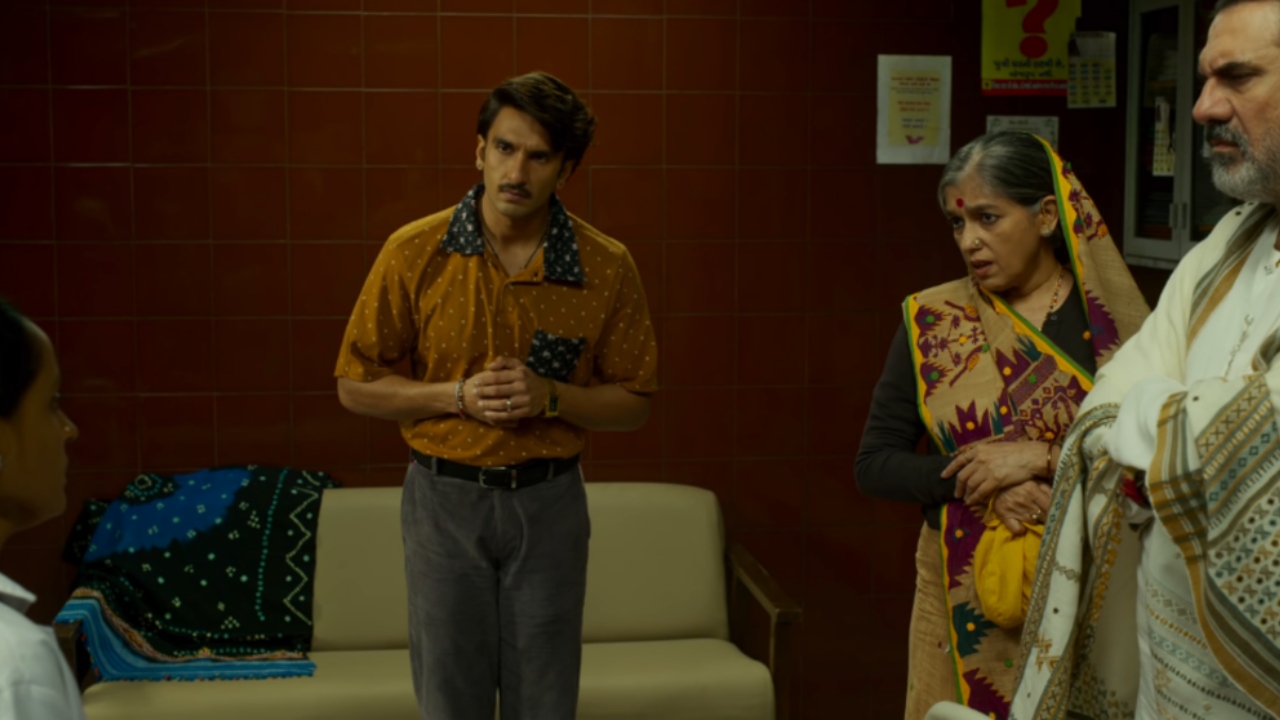 The dialogue writers should get a special round of applause for spinning a beautiful dialogue using key phrases from Kal Ho Naa Ho’s title song at an important juncture in Jayeshbhai Jordaar. Full marks to them for not making the film heavily emotional or outrageously loose and ineffective in order to sound funny.

Ranveer, who are you? For me, you certainly are a chameleon in the shape of a human being. Cut from a completely different cloth, he deserves a special position in the world of cinema for his craft. As Jayeshbhai, the actor drowns himself in the character’s fictitious traits and ends up making it his own. There is no single dull moment with him on the big screen. He is loud, quirky, sensitive and definitely a husband every woman deserves. Jayeshbhai sach mein Jordaar che! 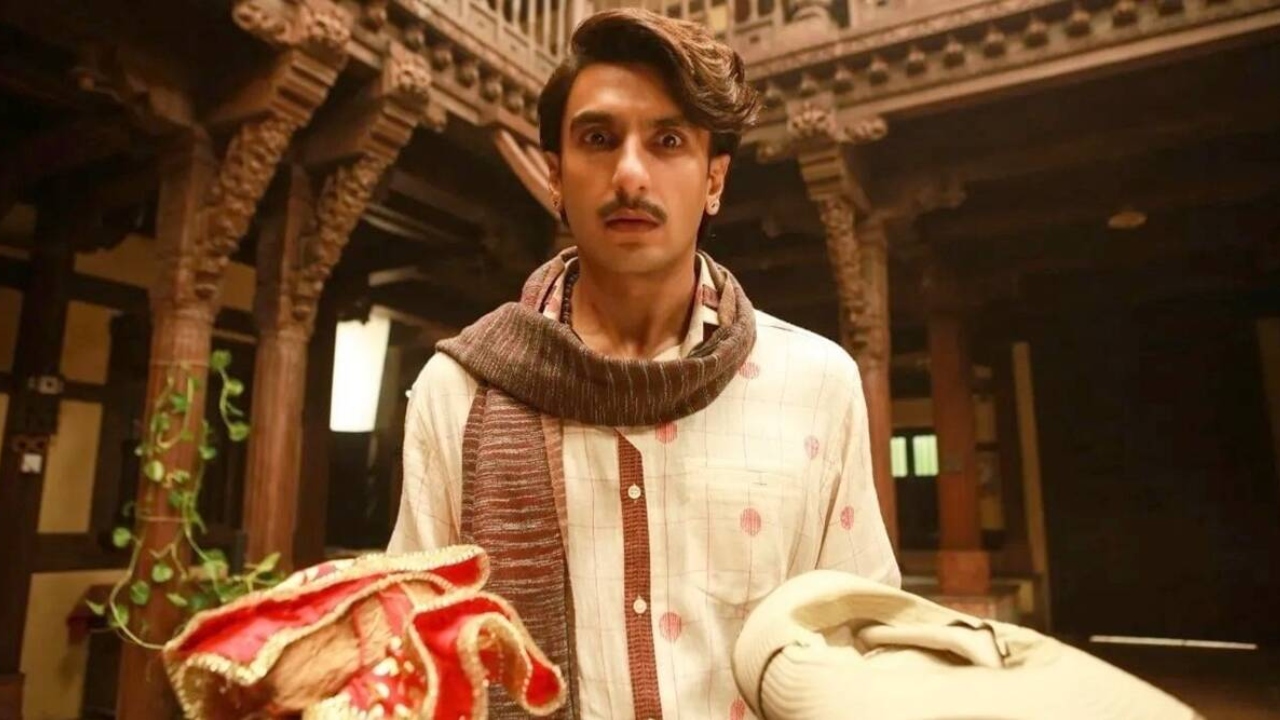 Shalini Pandey gets good screen time and she shines but in a loosely, poorly written character. In fact, the big surprise of Jayeshbhai Jordaar is Jia Vaidya who plays Ranveer-Shalini’s daughter Siddhi. She is the true Firecracker. Boman Irani is brilliant too in the role of a typical patriarch. Ratna Pathak Shah doesn’t get much scope to display her magic until the climax. Watch out for her brilliance.

Jayeshbhai Jordaar had the potential to become a path-breaking, mind-blowing film, but by taking the simple, basic storytelling, they ended up inclining it slightly towards the amateur side. Divyang, who has Gujarati blockbusters like Bey Yaar and Kevi Rite Jaish to his merit, tries to turn the table around when films wish to worship alpha males. To an extent, he does succeed but the too-simple narrative takes away the spark. 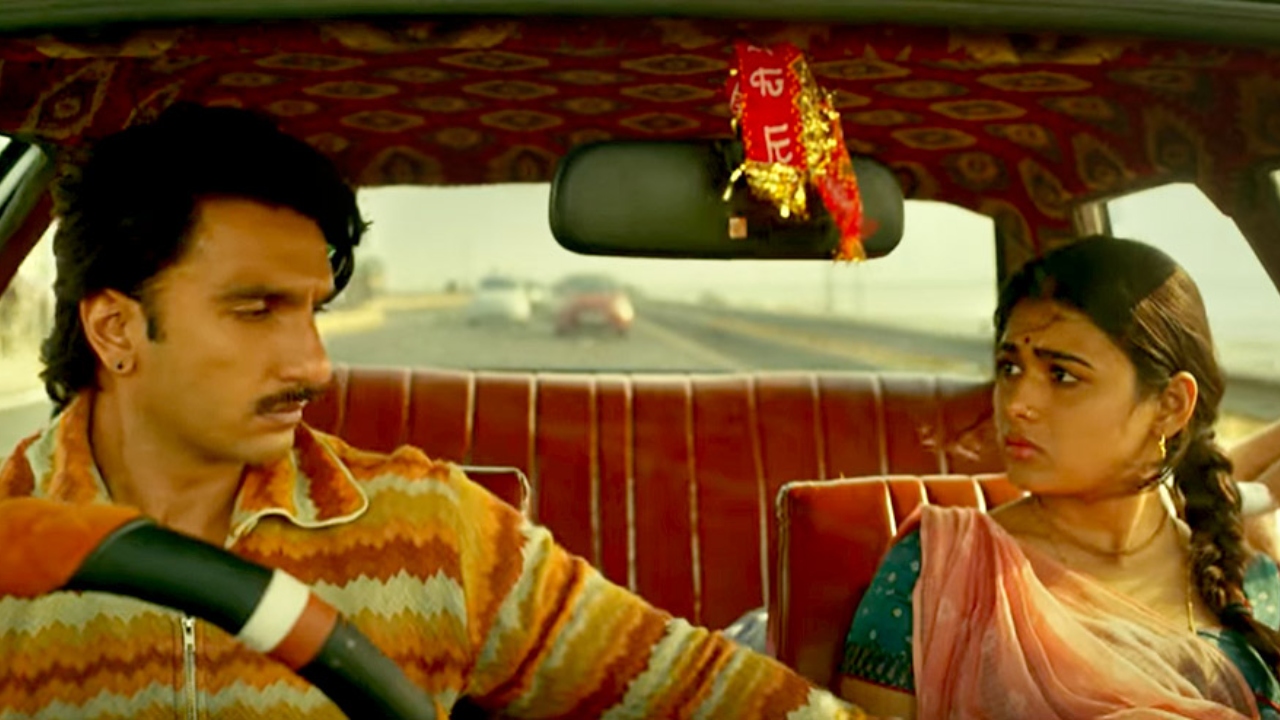 If you wish to enter Jayeshbhai Jordaar’s world, the gates are now open. But, go with no preconceived notions. Maybe that’s how the film has to be viewed.