Advertisement
HomeBOLLYWOODREVIEWSDabangg 3 Review: Salman Khan is a Killer in Khaki in his cop-drama

You have to hand it to Salman Khan. Unfazed by Bollywood’s expanding cop universe, by Singham, Simmba, Mardaani and Sooryavanshi next, he effortlessly slips into crisp khaki for the third time as Inspector Chulbul Pandey and boldly rides to town on an action-packed vehicle called Dabangg 3.

Driving it is Prabhudeva, the veteran Tamil choreographer, actor and director, who steps in like greased lightning to shake a leg with Chulbul in the paisa vasool song Munna Badnaam Hua, as if to show the actor with two left feet that real dancing is not merely playing with your belt and your sunglasses. Not that it matters because gyrating sensuously to this rocking number is Warina Hussain who Salman himself introduced last year in Loveyatri. As an item girl, she matches jhatak and matak with Malaika Arora and Kareena Kapoor Khan who raunchily danced for Chulbul in the earlier installments of the Dabangg franchise. 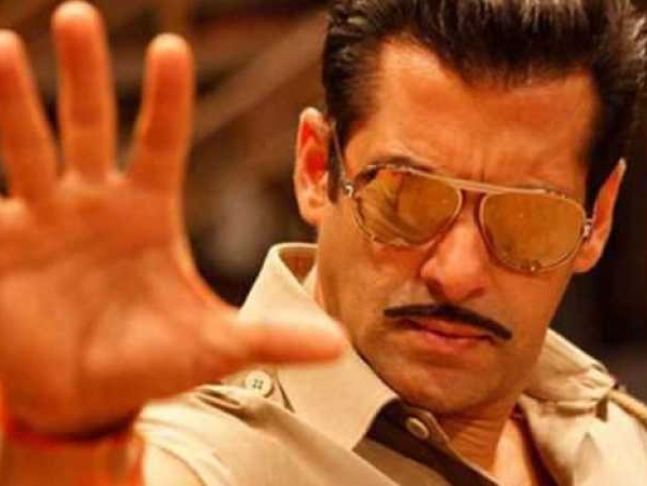 Recommended Read: Watch: Salman Khan throws a challenge of recreating his dialogues from 'Dabangg 3', are you ready to accept it?

Dabangg 3 appears to have been made in a hurry. The film has its flaws. And its outrageous moments. Also some quickly forgettable songs with atrocious dancing, bizarre landscapes and garish costumes. But overshadowing all this, and towering over a flimsy revenge plot, is Salman’s magnetic personality. His presence fills the screen. His body (like the MRF Man’s with a barrel chest, bulging biceps and tiny waist) and his voice command respect. He’s mastered the art of expression. The face registers mischief and love as easily as it does blood lust and anger. And like John Rambo who ages but never grows old, Chulbul remains an awesome and avenging force for the evil in mankind to reckon with. He’s the coolest, wittiest thing in khaki as you’ll find out.

The evil in Dabangg 3 is embodied by suave Kannada superstar Sudeep Kichcha who earlier played a mixed martial arts fighter in the multi-lingual action drama Pehlwaan. Here, as girl-trafficker, killer and overall baddie Bali Singh, he’s no match for Chulbul of course. But that’s at the end. In a gritty, shirts-off fight to the finish in what appears to be Death Valley. Before Chulbul can bury Bali alive, the villain wrecks much havoc on the Robin Hood cop’s life. Here the story moves in flashback to introduce Saiee Manjrekar as Khushi. She’s fresh, simply attractive and innocent and steals hearts as Chulbul’s first love when he was a bumbling simpleton and not yet the cop. They are betrothed and show it in song and dance. But Bali also has his jaundiced eyes on her. And in a jealous fit of rage, he brutally ends Khushi’s romance with Chulbul. Which leads to the story of how and why Chulbul became a cop. It’s a bit complicated but you don’t always have to know and understand the masala that goes into making a popular dish. 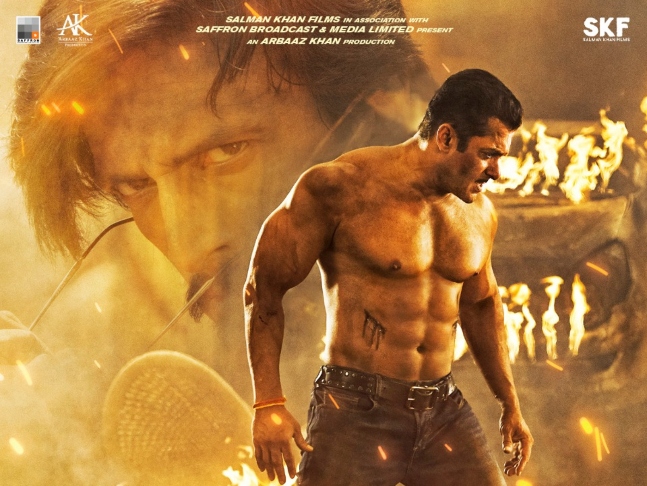 The action is the Salman Khan variety. It exceeds all that he did in the first two installments of the franchise. The body count is higher, there are more exploding vehicles, the rough-and-tumble scenes pile up, the violence is often mindless and predictable. But almost ten years after he took off as the swashbuckling Chulbul Pandey, Salman’s still got the swag to carry it all off admirably.

Sonakshi Sinha returns as his saucy and sexy wife Rajjo and she has her moments of dialogue, emotion and plenty of hip shaking too. The couple also has a son in this film. Dimple Kapadia is there in flashback as Naini Devi, Chulbul’s mother, and so is Arbaaz Khan as Makhanchand Makki Pandey, Chulbul’s stepbrother who cannot make up his mind whether he’s a good guy or bad. And stepping in as Chulbul’s stepfather Prajapati Pandey in place of the departed Vinod Khanna is the late actor’s lookalike and producer brother Pramod Khanna. You have to remind yourself that it is Pramod and not Vinod in Prajapati Pandey’s scenes. Appreciation and criticism for the craft of filmmaking take a backseat in a Salman Khan starrer because it’s all about him. And Dabangg 3 is Santa’s gift to the actor’s fans. But he’ll have to take an honest look at himself if, as threatened, he intends to come back again as Chulbul Pandey. 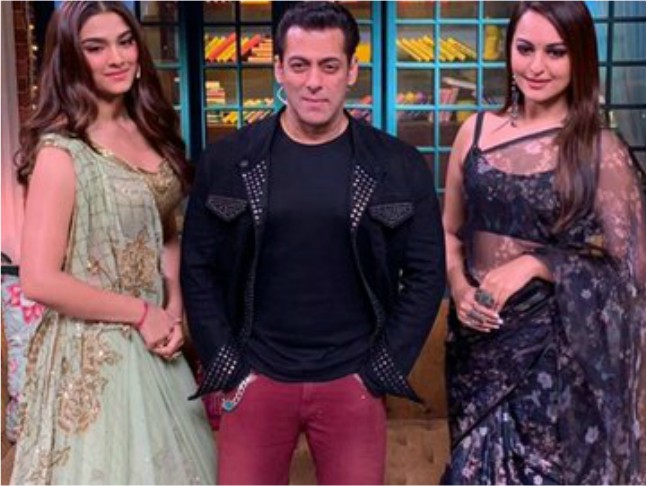