Advertisement
HomeBOLLYWOODBollywood ReviewsWAR review: Hrithik Roshan and Tiger Shroff pack a punch in this battle of brains vs. brawn

WAR review: Hrithik Roshan and Tiger Shroff pack a punch in this battle of brains vs. brawn

You cannot take your eyes off Hrithik Roshan as he opens the credits for War as Major Kabir, an Indian intelligence (not RAW) agent gone rogue. He ends up locking horns with his favourite student, Captain Khalid (Tiger Shroff), who is given the task of taking down his mentor. What follows in this 156-minute long film is unfiltered, unadulterated and adrenaline-rushing action. The film carries a 90s' vibe, two muscular, macho men taking down the villains, padded with masala, thrills, twists, and explosions to keep you engaged.

Hrithik, mostly clad in military green torso-hugging shirts that highlight every muscle in his body, a bronzed, sexy scar on his wrinkled face, and with salt and pepper sidelocks, is back to his Greek God avatar. Tiger, like the 'Flying Jatt',  jumps and lands from nowhere, and beats bad men to a pulp. Together the two give the audience no reason to complain - the Hrithik vs Tiger 'war' is as real as it gets! 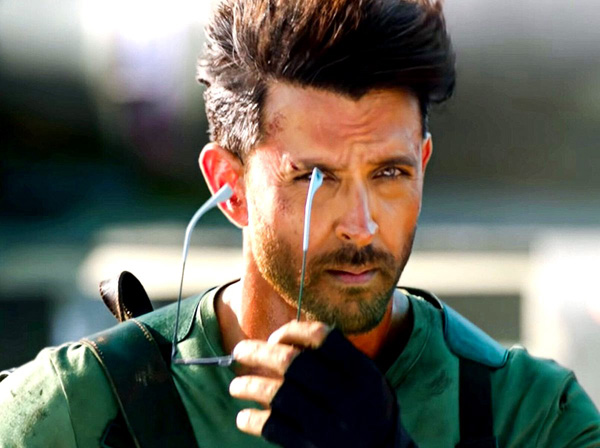 For an action film, War has a convincing (and a bit dramatic) plot but is let down by the predictability of sequences. As seen in the trailer, Khalid is after Kabir to stop the latter's killing spree before his mentor goes too far. The first half of the film oscillates between flashback and present, establishing how Kabir and Khalid first met and formed a friendship. This includes a dance face-off in Jai Jai Shivshankar (because it's Bollywood!) and a few moments of comedy thrown here and there, which admittingly are not bad. The second half starts with Ghungroo, introducing Vaani Kapoor as dancer Naina, in a wee-bit tiny role but instrumental in setting up the pace of the film. The final act before the climax unveils a few secrets, surprises and revelations.

Director Siddharth Anand has co-written the film with Aditya Chopra, which is high on style but low on substance. What holds War together is non-stop action, designed by four action directors - Paul Jennings, known for his work in The Dark Knight and GoT, along with SeaYoungOh, Franz Spilhaus and Parvez Shaikh. Siddharth Anand has left no stone unturned to make it a visual spectacle for Hrithik-Tiger fans. The two have put on a great show with their chiseled good looks and hand-to-hand combat scenes. The background score by Sanchit and Ankit Balhara adds the much-required zing to this action-entertainer. However, War's biggest X-factor lies in it's leading men - Hrithik and Tiger. HR is back and with a BANG! He is given the major chunks to act and he does the job effortlessly. He is good looking, can dance, shoot down the bad men, pull off a dramatic Mission Impossible 4 inspired air stunt, all with much ease. Let's just say, the post-millennium superstar of the country has made a  kickass comeback in a big-ticket commercial outing by YRF.

Tiger, on the other hand, turns out to be a surprise package (NO SPOILERS). He plays the role of a vulnerable soldier with sincerity, fights like it's your business and every punch, kick and complex action form looks believable. Topped with his (most of the time) naked torso, Tiger's fans will love him in this rugged avatar.

Anupriya Goenka, Ashutosh Rana, and Soni Razdan have brief and non-descriptive roles. But then War is not without flaws. While a sincere effort is made by the makers to give viewers an MI4 and Fast and Furious kind of experience, in a few sequences green screen can be seen, which is a bummer, and the bromance between HR-Tiger is a tad underwhelming. 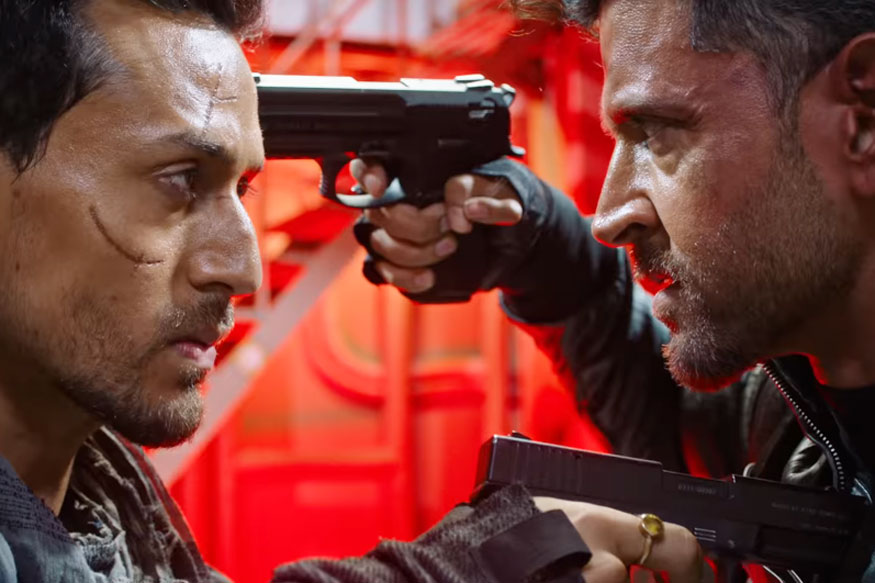 War is the popcorn entertainment for action buffs. Please keep your disbelief aside and step into the theatres to enjoy the HIRTHIK VS TIGER war. Peace Out!