Our shutterbugs clicked Sanjay Dutt on the sets of the couple dance reality show Nach Baliye 9 on Monday, for the promotions of his upcoming film Prassthanam. The actor, during his visit, exchanged a warm hug with Raveena Tandon, who is acting as the judge on the show that airs on Star Plus on weekends. Well, this isn't all but the two talented actors, who starred with each other in several films including Aatish, Vijeta, Jung among others, posed for the cameras happily.

Well, if you remember, Raveena, a while ago during an interview with a leading daily, informed that she had a crush on Sanjay in her youth. The actress in the same interview confessed to having felt nervous while working with him on seven films. She also told that her room wall would have posters of the actor. Indeed, it must have been a special moment for Raveena. 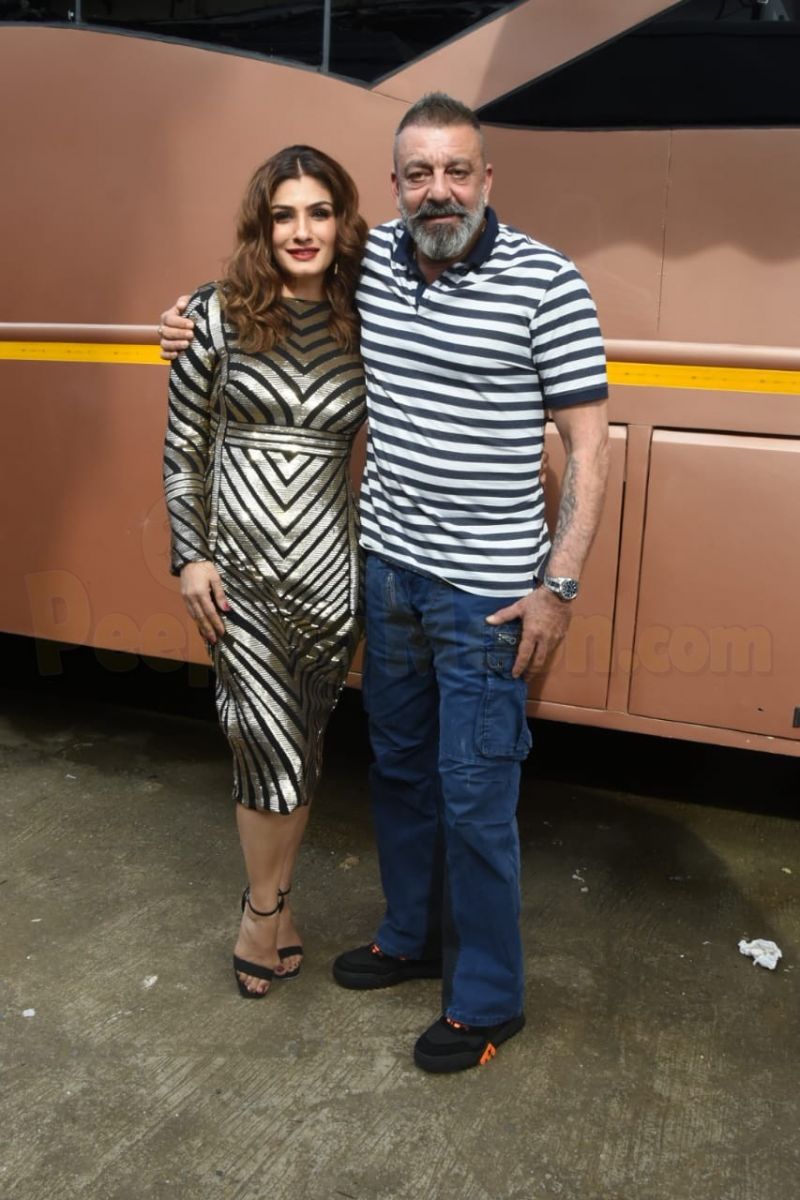 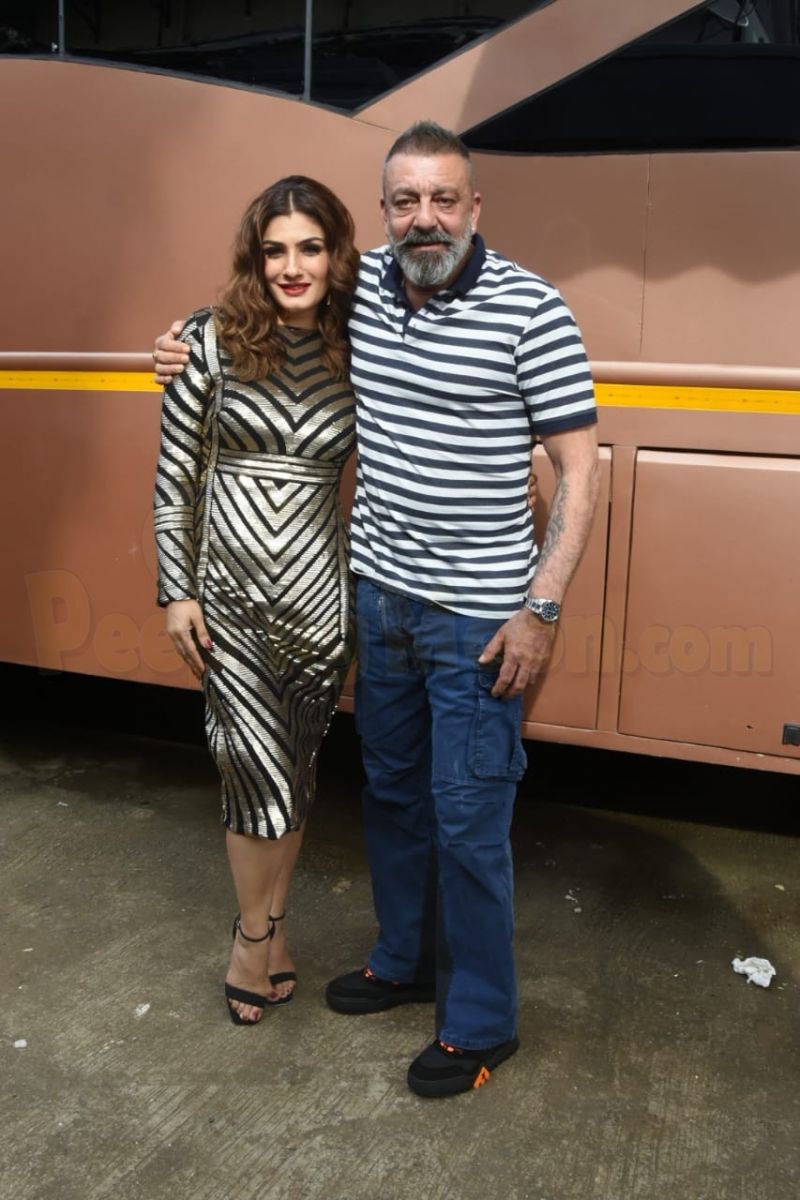 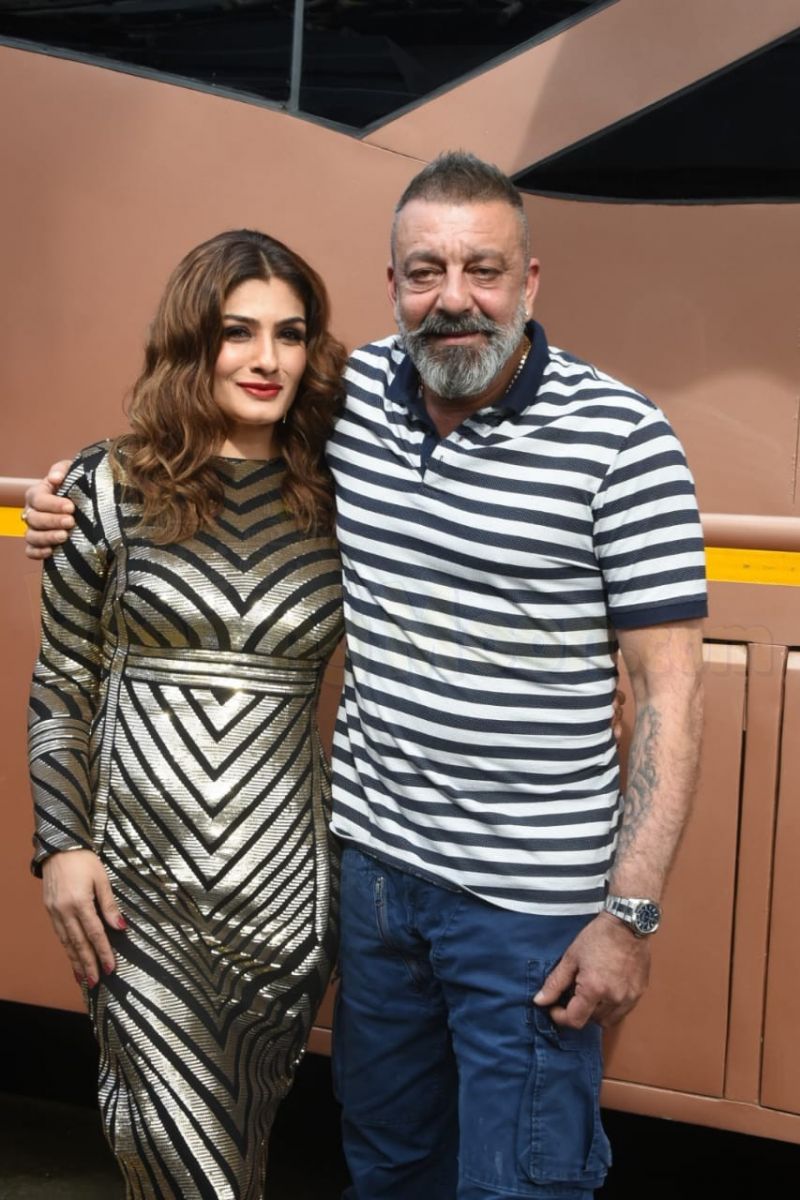 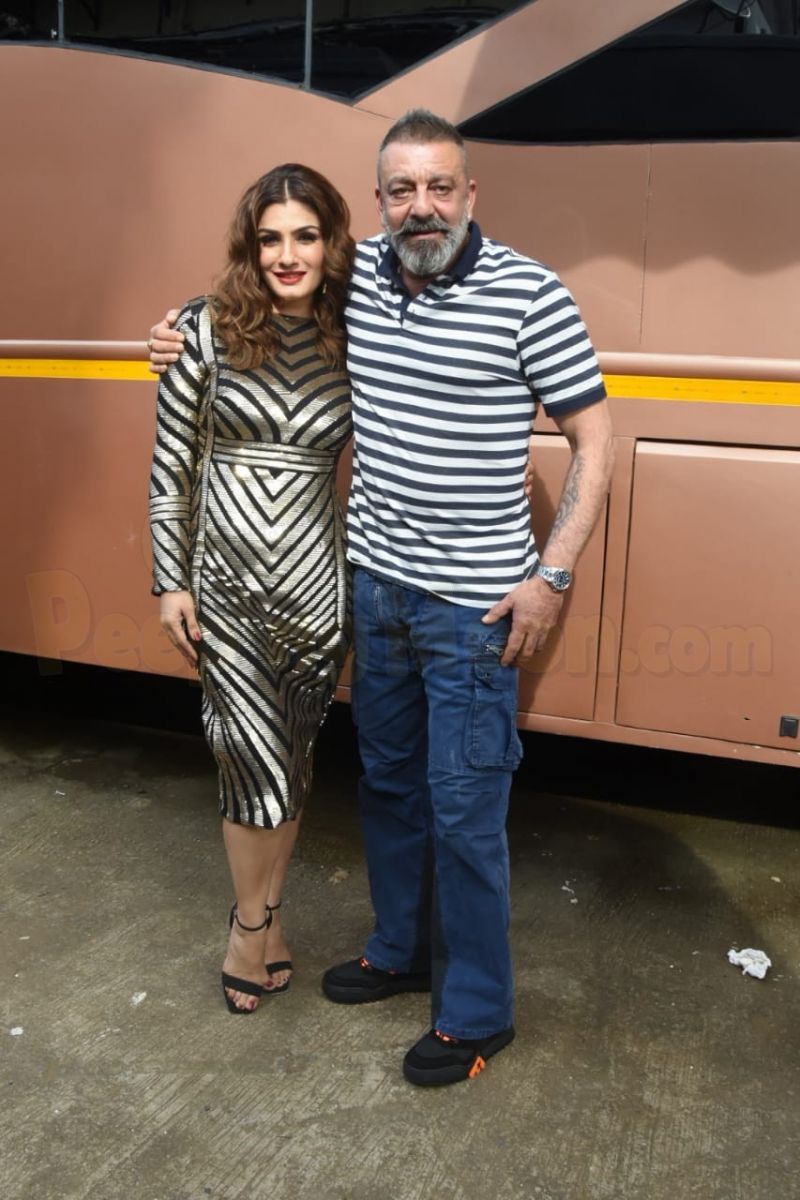 Dressed in a gorgeous outfit, Raveena was every bit ravishing. 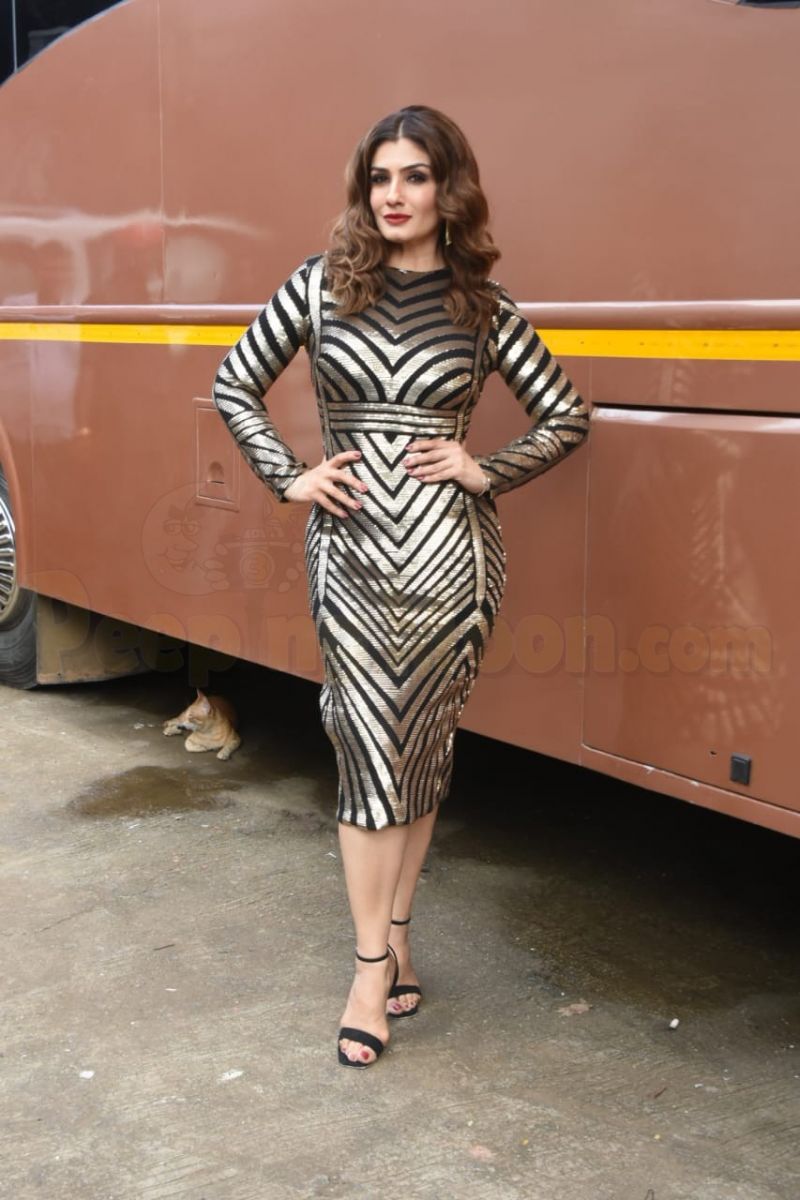 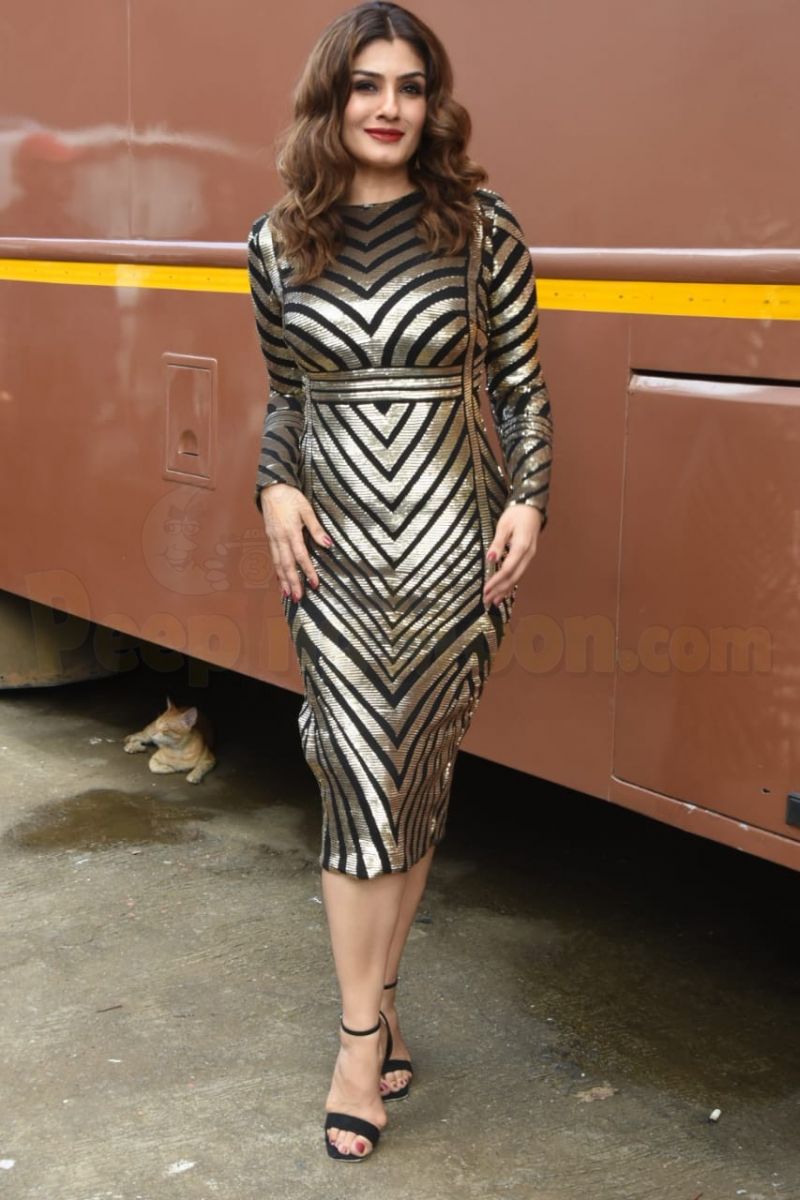 Prassthanam, not only stars Sanjay in the lead role but is also produced by him and his wife Maanayata Dutt. It stars Manisha Koirala, Chunky Panday, Ali Fazal, Jackie Shroff and Satyajeet Dubey in central roles. The film is scheduled for a September 20, 2019 release.