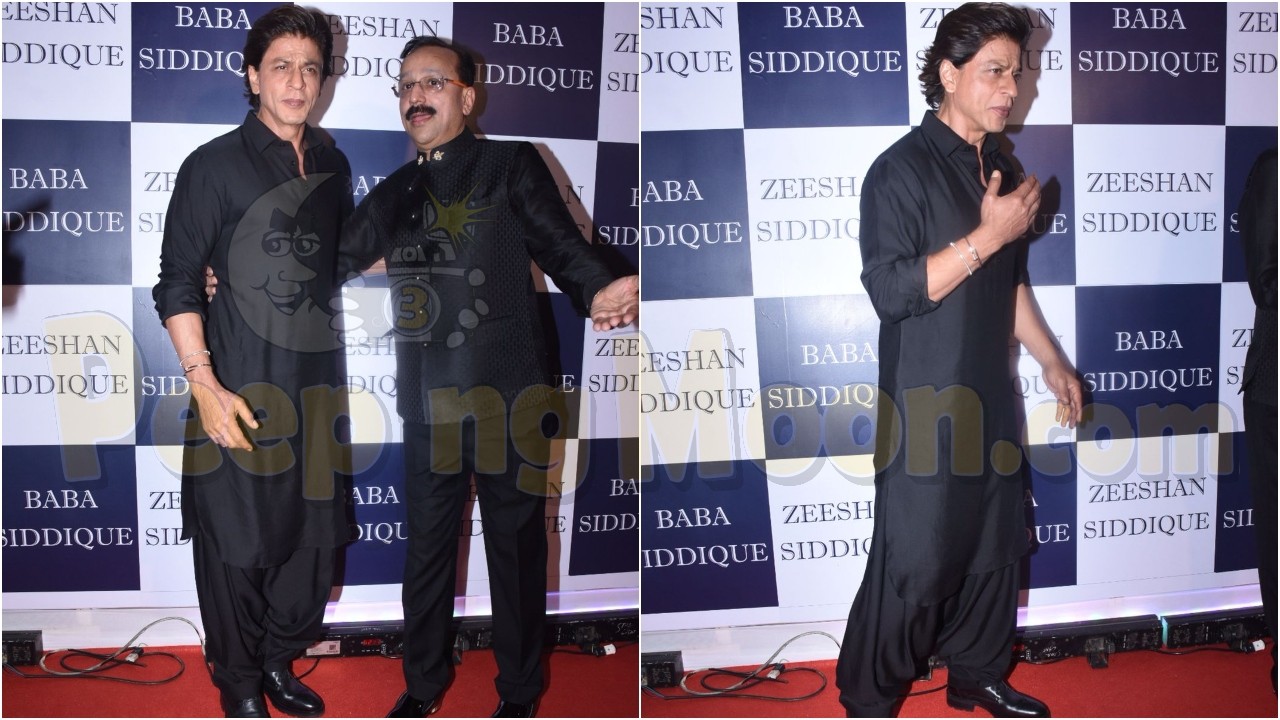 Shah Rukh Khan, who would attend most of the Iftaar parties hosted by the Siddiques, was seen at the venue. 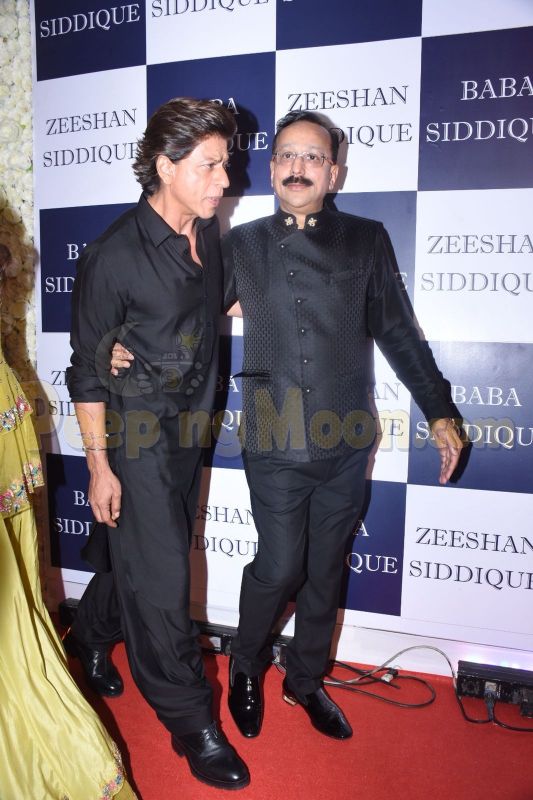 The superstar was seen in black. 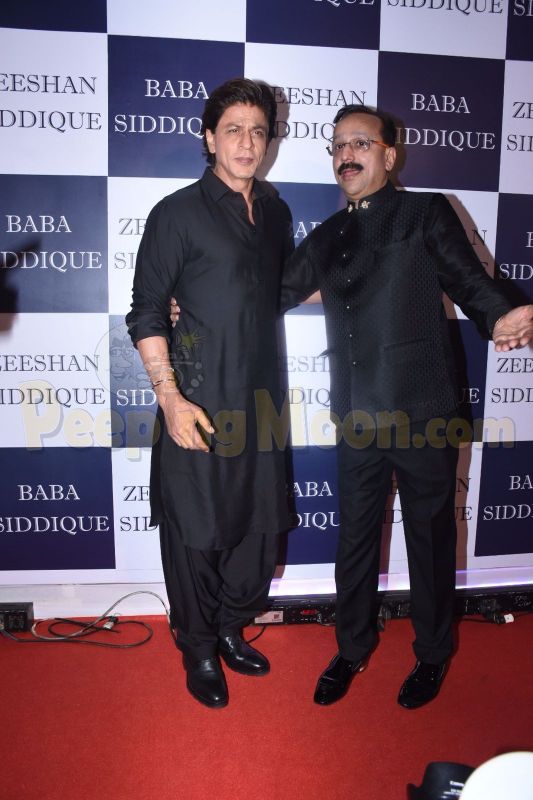 He sported a completely new look; maybe it is for his film with Rajkumar Hirani. 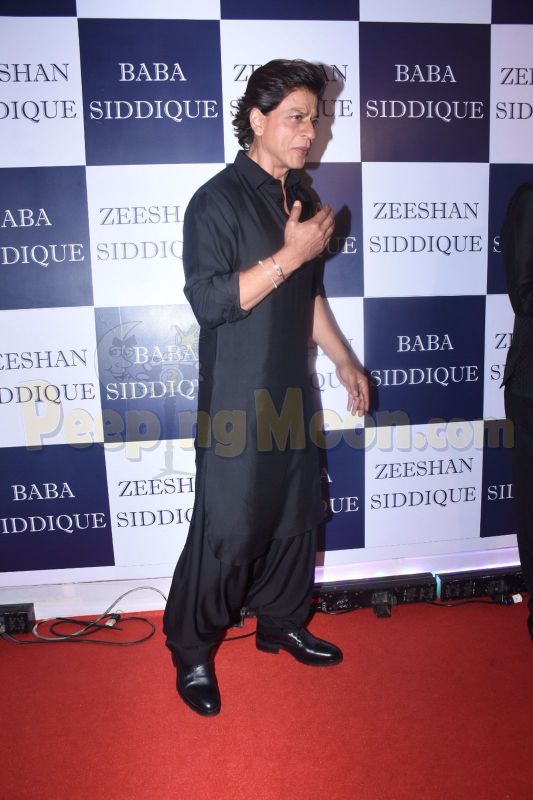 Shah Rukh greeted the media with an aadab.