Ajay Devgn’s directorial Runway 34 is one of the most anticipated films of the year. The actor has not only directed the film but also stars in it. Today, he was clicked by the paparazzi with his leading lady Rakul Preet Singh promoting the film in the city. 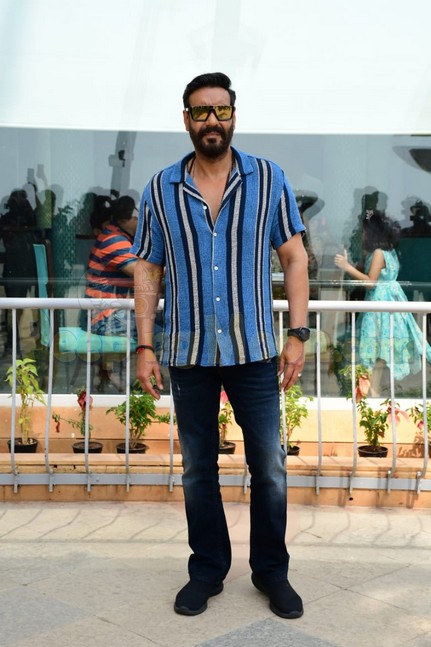 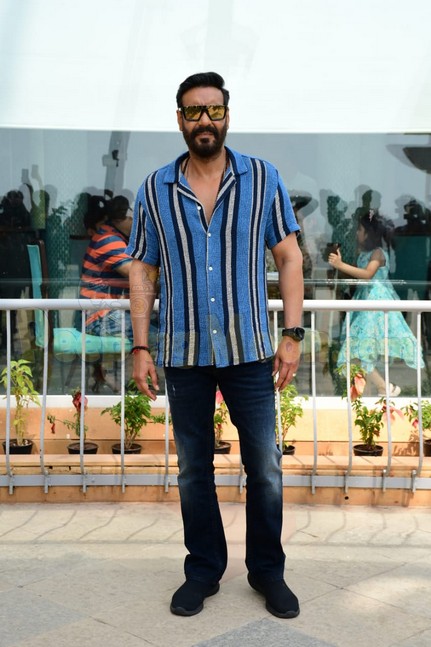 He wore a blue striped-shirt, dark blue denims and shades. 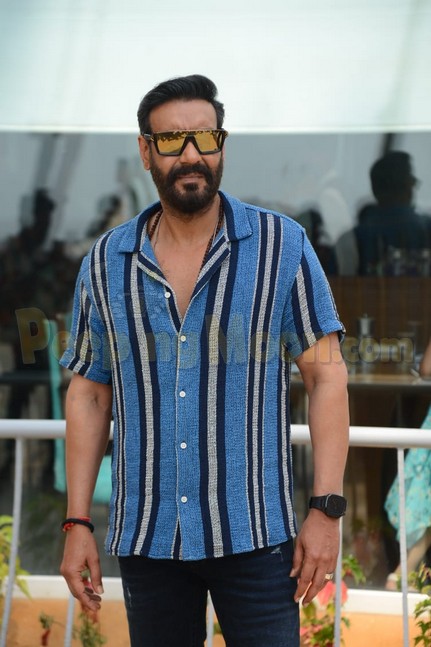 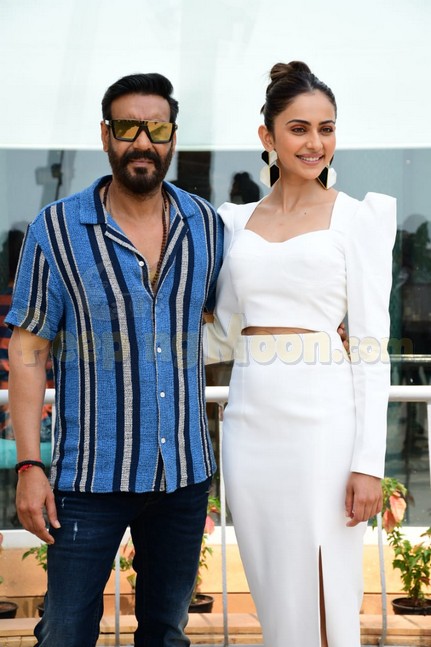 On the other hand, Rakul looked chic in an all-white ensemble. 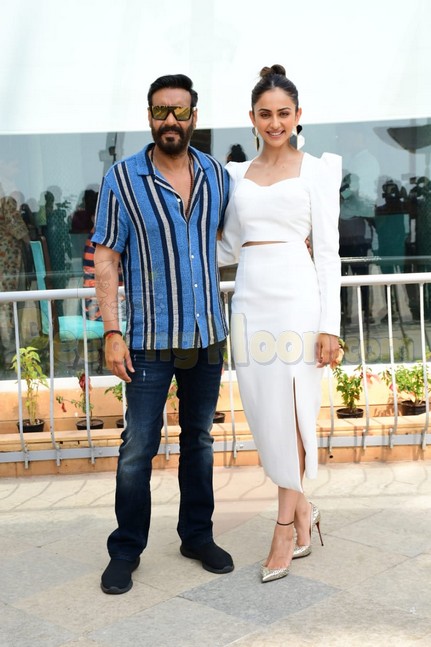 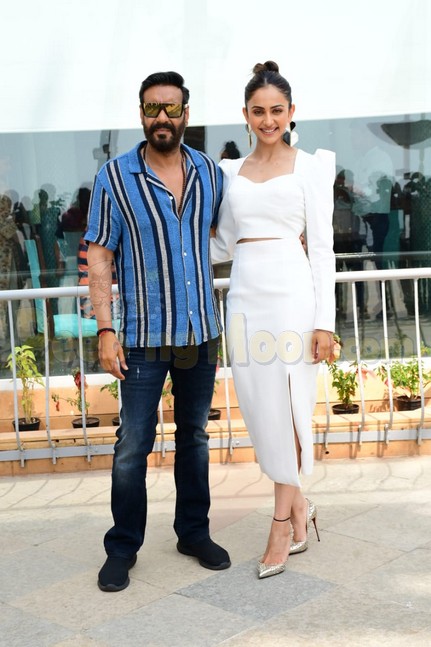 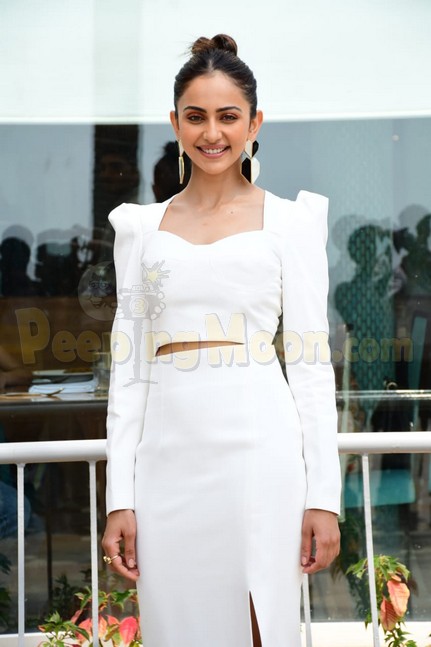 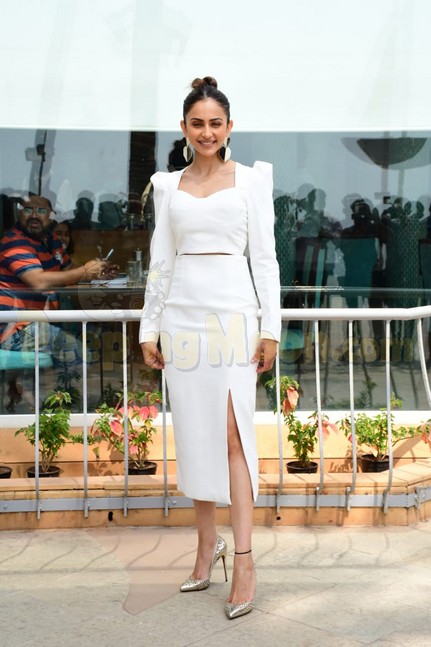 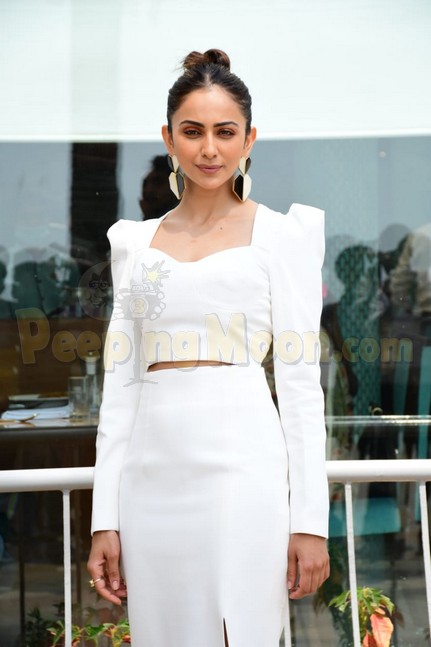 Runway 34 is inspired by true events and also stars Amitabh Bachchan, Boman Irani and CarryMinati aka Ajey Nagar. It is scheduled to hit theatres on April 29.