Mouni Roy is all set to tie the knot with her beau Suraj Nambiar in Goa on January 27. It will be a private affair with only family members and close friends in attendance. Ahead of the ceremony, Mouni jetted off to Goa this morning.

The actress was spotted at the airport. Dressed in brown pants and a jacket, Mouni kept it simple yet classy. Recommended Read: Cat is out of the bag! Mouni Roy confirms wedding with boyfriend Suraj Nambiar in viral video

In a recent viral video, Mouni had stepped out in the city. She greeted the paparazzi who congratulated her. Saying thanks to them, she confirmed her marriage. Suraj is said to be a Dubai-based banker. As per reports, the wedding will take place according to Bengali rituals. 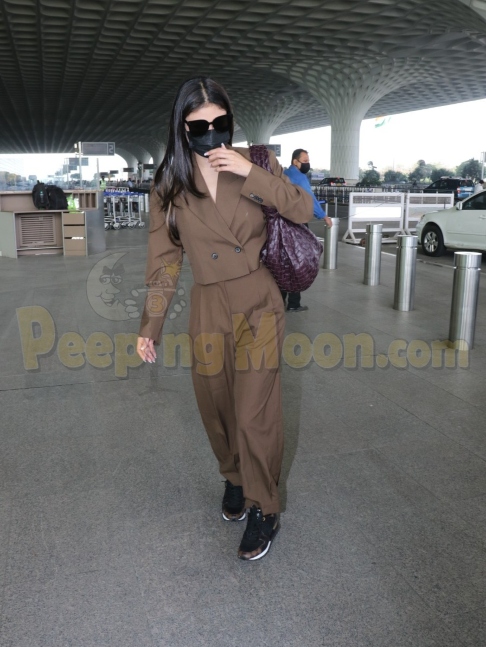 It is said that Ekta Kapoor and Manish Malhotra will be present to bless the couple.