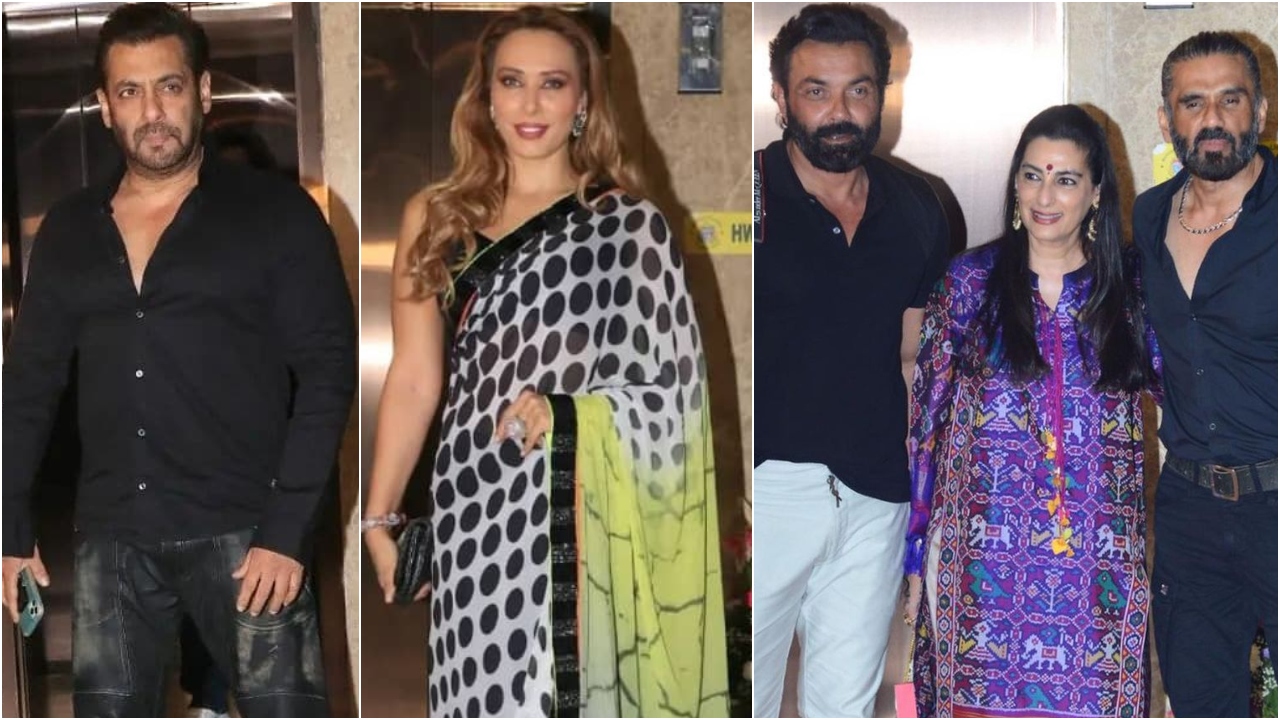 Due to the pandemic, Bollywood Diwali parties had to be cancelled in 2020. Now, as the situation is gradually improving, celebrities are all set to reunite with their friends at Diwali bashes. On the occasion of Dhanteras on Tuesday, producer Ramesh Taurani hosted a party at his residence in Mumbai and invited his colleagues.

Salman Khan attended the party. The superstar, who is gearing up for the release of Antim in theatres this month, was seen in jeans and a black shirt. His rumoured girlfriend Iulia Vantur was present at the Tauranis' Diwali party. She wore a saree.

Suniel Shetty and Mana Shetty attended the Diwali party. The couple is waiting for their son Ahan Shetty's debut film Tadap co-starring Tara Sutaria. Suniel and Mana posed for pictures happily with their friend Bobby Deol. Bollywood's young couple Pulkit Samrat and Kriti Kharbanda were at the party too. Anushka Ranjan and Aditya Seal attended the Tauranis' Diwali bash. The former's sister Akansha Ranjan Kapoor was with them. Reportedly, Anushka and Aditya are getting married soon.

Aayush Sharma, Aftab Shivdasani, Saqib Saleem, Kabir Khan-Mini Mathur, Meezaan and Ekta Kapoor were clicked by the paparazzi as they attended the bash.