Ahead of their December wedding, Katrina Kaif & Vicky Kaushal visit their manager together 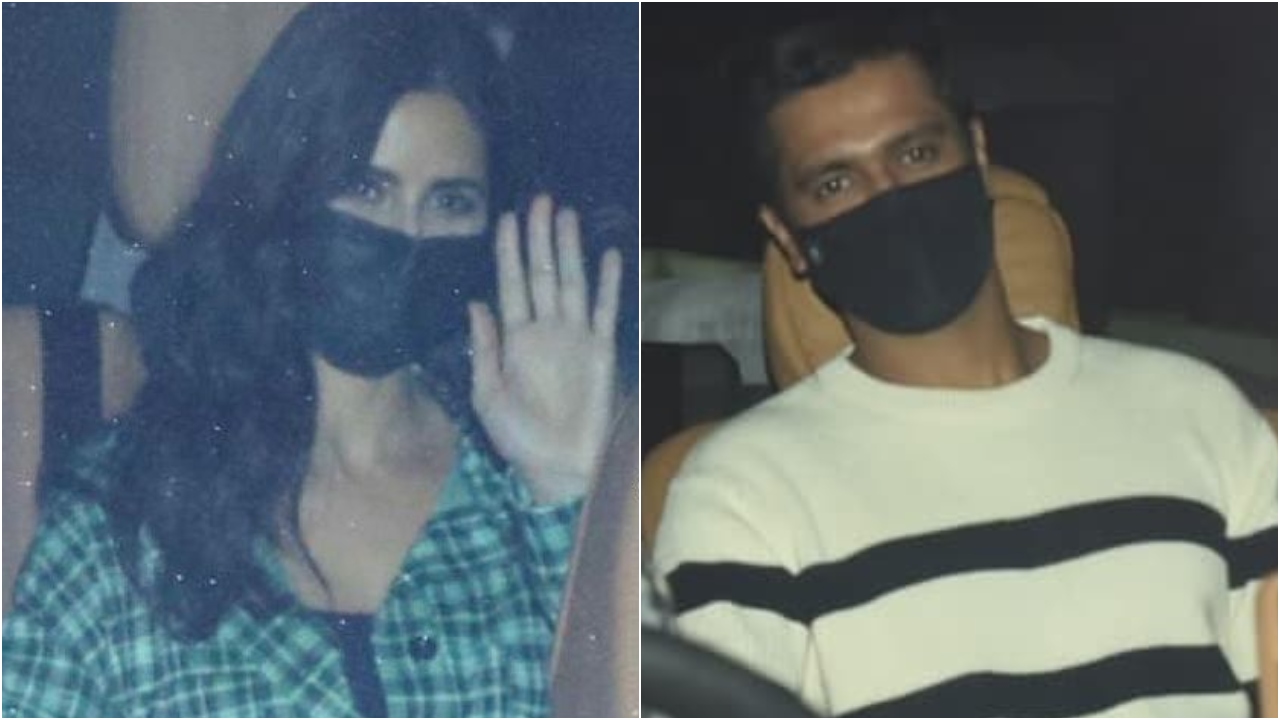 On Tuesday night, PeepingMoon exclusively informed its readers that rumoured couple Katrina Kaif and Vicky Kaushal are all set to tie the knot in December this year. Soon after we broke the news, the couple was snapped visiting their manager Reshma Shetty's office. The duo arrived in different cars but visited their celebrity manager together.

While Katrina waved at the paparazzi, Vicky was seen giving a thumbs up. Katrina was seen in a green checkered shirt while Vicky wore a white shirt with black pants.

For the unversed, PeepingMoon has learnt that the actors will be taking the relationship a step forward. The much-awaited VicKat wedding is scheduled to take place in December this year in Rajasthan.

Even though the couple has not made their relationship official, their public appearances have confirmed their relationship several times. Recently, Katrina was seen hugging Vicky at the special screening of his latest film - Shoojit Sircar's Sardar Udham.