Advertisement
HomePHOTOSPAPARAZZIVarun Dhawan-Sara Ali Khan make for a delightful pair as kickstart 'Coolie No. 1' promotions with The Kapil Sharma Show

After much delay, Sara Ali Khan's and Varun Dhawan's rom-com Coolie No. 1 is all set for a digital release on Christmas this year. The David Dhawan directorial will release globally on Amazon Prime Video. With two months left for the film, the lead cast along with producer Jackky Bhagnani stepped out for the promotions. The team of Coolie No. 1 was clicked on the sets of The Kapil Sharma Show on Sunday.

Varun and Sara, who will be seen in the lead, made for a stunning pair. The actor opted for a black shirt and pants while Sara looked absolutely gorgeous in a pink one-shoulder jumpsuit. She rounded off her look with radiant glam and had her hair pulled back. 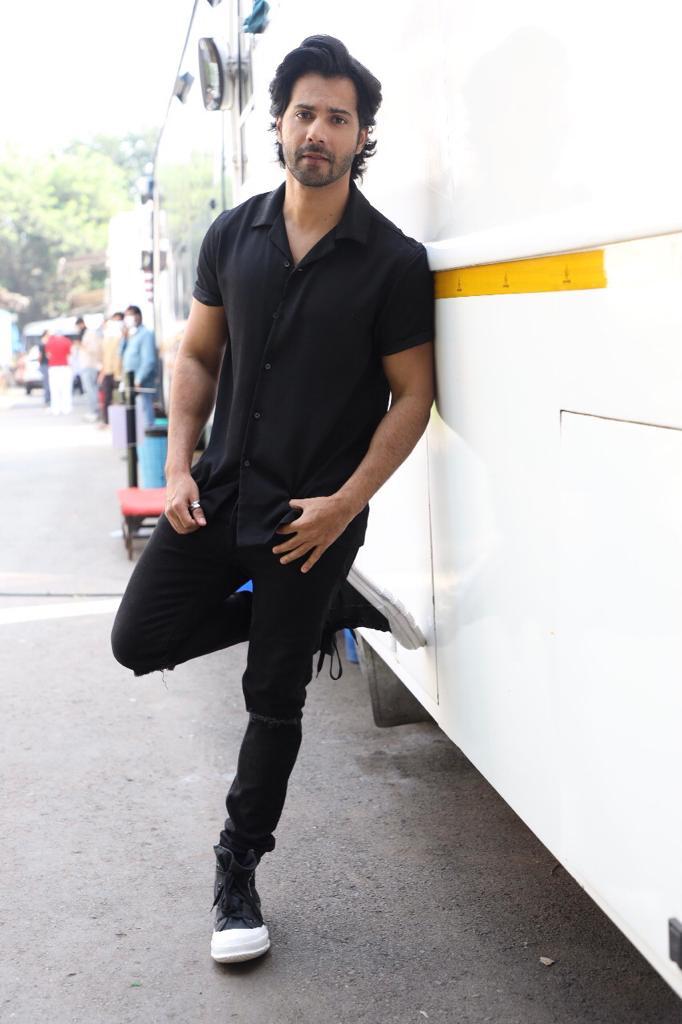 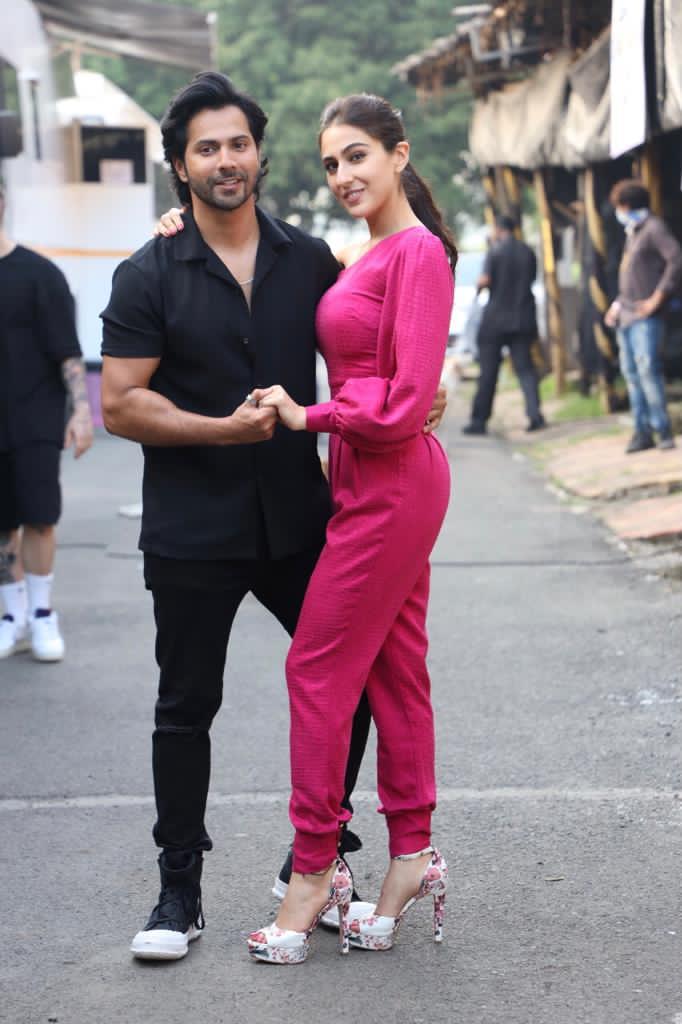 Joining them were Johnny Lever and Rajpal Yadav.

Coolie No. 1 is the official remake of David's 90s hit comedy film of the same name featuring Govinda and Karisma Kapoor in the lead. The rom-com is produced by Vashu Bhagnani, Jackky and Deepshikha Deshmukh. Apart from Sara, Varun, Johnny and Rajpal, Coolie No. 1 features Paresh Rawal, Shikha Talsania and Jaaved Jaaferi in important roles. It was scheduled to release in theatres on May 1 this year.

Anushka Sharma flaunts her baby bump as she shoots for an ad; Sidharth

Heavily pregnant Anushka Sharma resumes work, shoots for an ad in the

Deepika Padukone and Siddhant Chaturvedi pose with the peace sign for the paps; leave together after shooting for Shakun Batra's next