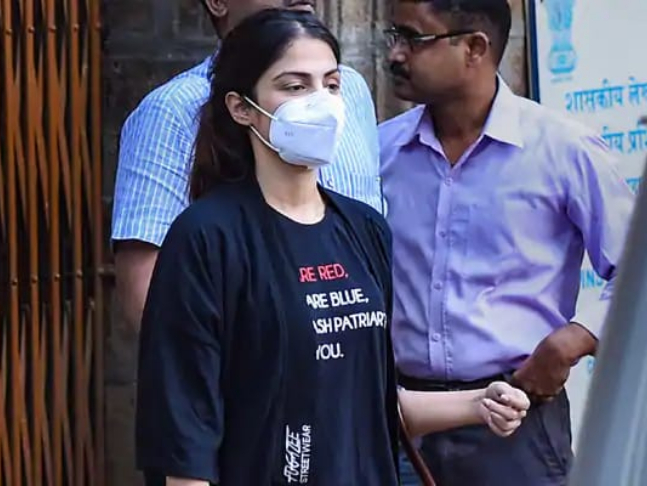 Bombay High Court granted bail to actress Rhea Chakraborty this morning. She was in jail for nearly a month over drug-related charges in the Sushant Singh Rajput death case. Her brother Showik, however, was denied bail. The actress was taken into judicial custody on September 8 along with Showik and Samuel Miranda.

The Bombay High Court reportedly granted bail to Rhea on furnishing Rs. 1 lac bail bond along with other conditions. Now, Rhea has arrived at her residence after leaving the Byculla Jail this evening. However, the actress dodged the paparazzi present outside the police station as her car was covered with newspapers and was under heavy police security, due to which media could not click any pictures of her.

Media personnel outside Byculla jail ahead of actor Rhea Chakraborty's release, and outside her residence as she reached home. Rhea was granted bail by Bombay High Court in a drug-related case filed against her by Narcotics Control Bureau (NCB), earlier today. . . . #RheaChakraborty #ShowikChakraborty #SushantSinghRajputRIP #ssr #sushantsinghrajput #Bollywood #bollywoodnews

The Mumbai Police had warned the media against "chasing celebrities and others" and "endangering lives" after the actor's bail. "You cannot endanger your life, the life of that person or normal people walking on the roads. It's an offence," Sangram Singh Nishandar, Mumbai Police Deputy Commissioner, had told reporters.

Reportedly, cameramen were not allowed to click Rhea's photos outside the jail.