The cousin of Kareena Kapoor Khan, Karisma Kapoor and Ranbir Kapoor- Armaan Jain tied the knot with his sweetheart Anissa Malhotra in a lavish ceremony held on Monday. The couple, who dated each other for a number of years, took the plunge with the who's who of B-Town in attendance to congratulate the newlyweds. In presence at the wedding were close friends and family members of the Jains and Malhotras. 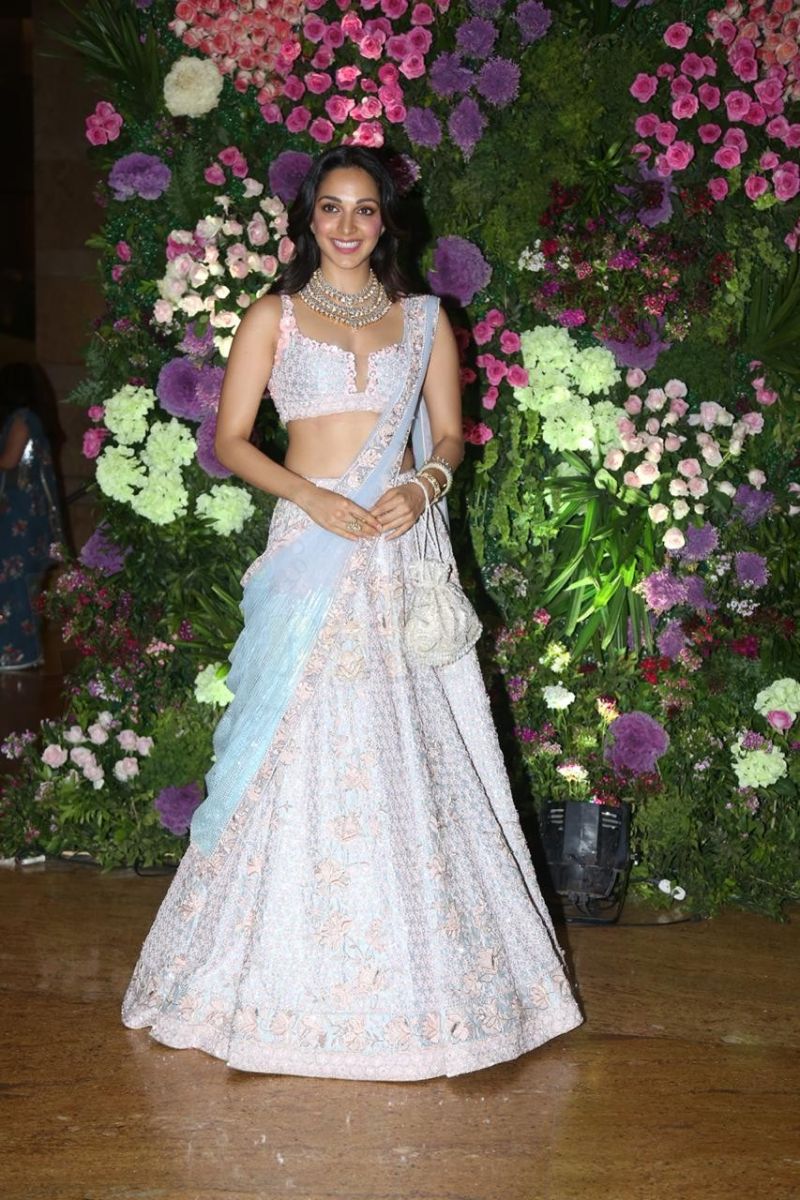 The actress, who is a dear friend of Anissa joined the celebrations held in the burbs on Monday. 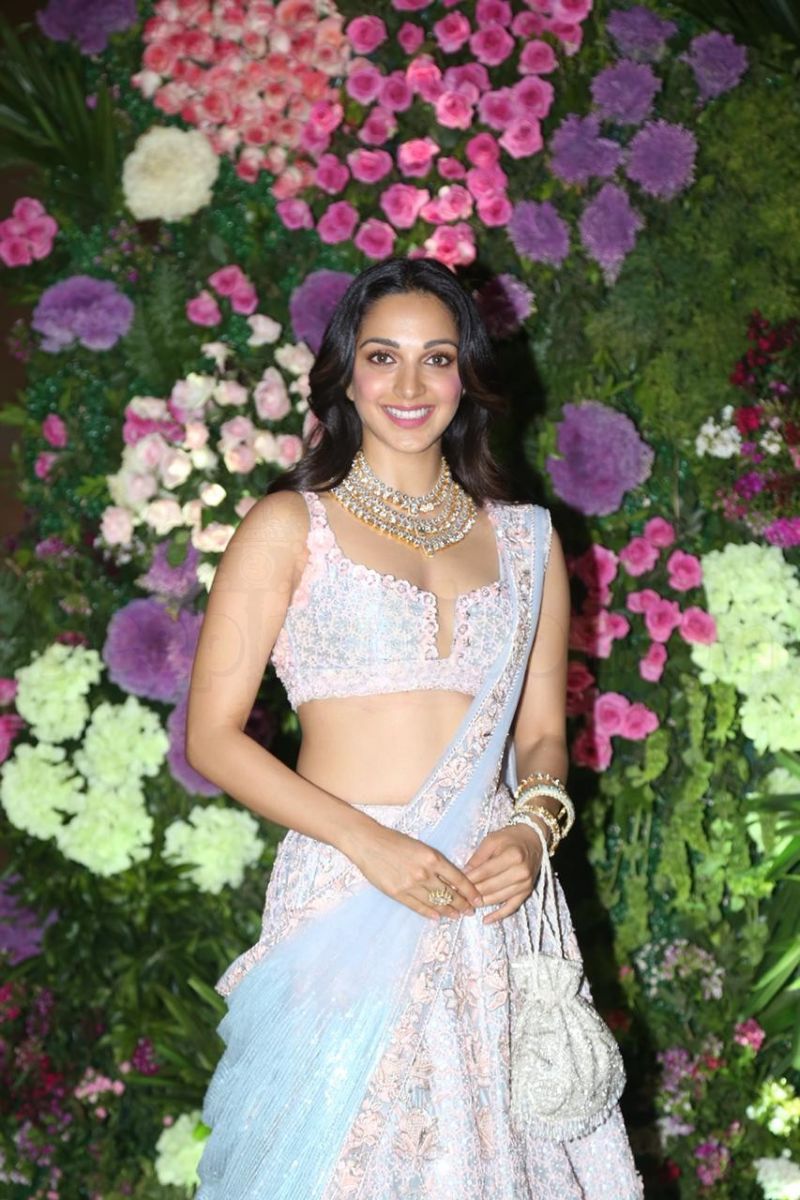 For the wedding, Kiara opted for a pastel pink and blue lehenga with delicate floral details. She teamed her outfit with a layered choker and bangles. She carried a white potli bag to complete her look. Kiara went for a radiant glam and did her hair into soft waves. 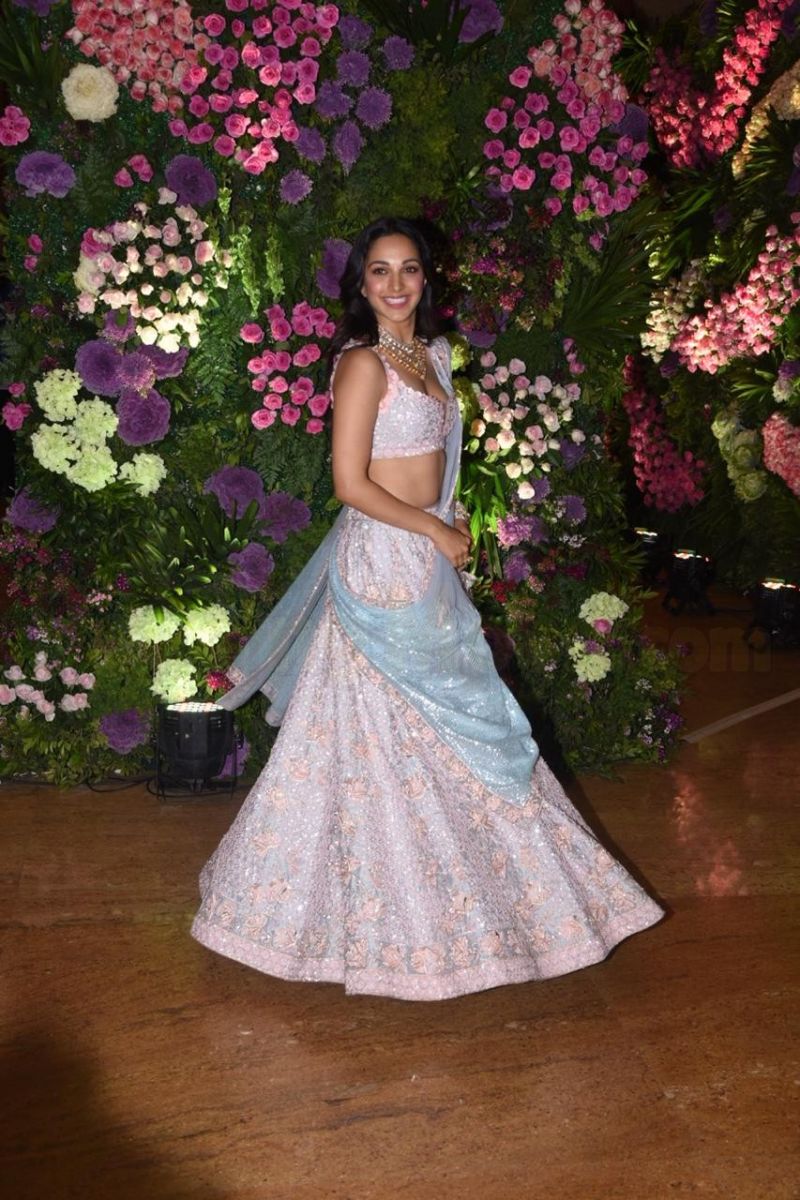 Twirling and swirling, Kiara had all our hearts.

Tara Sutaria too attended the wedding. 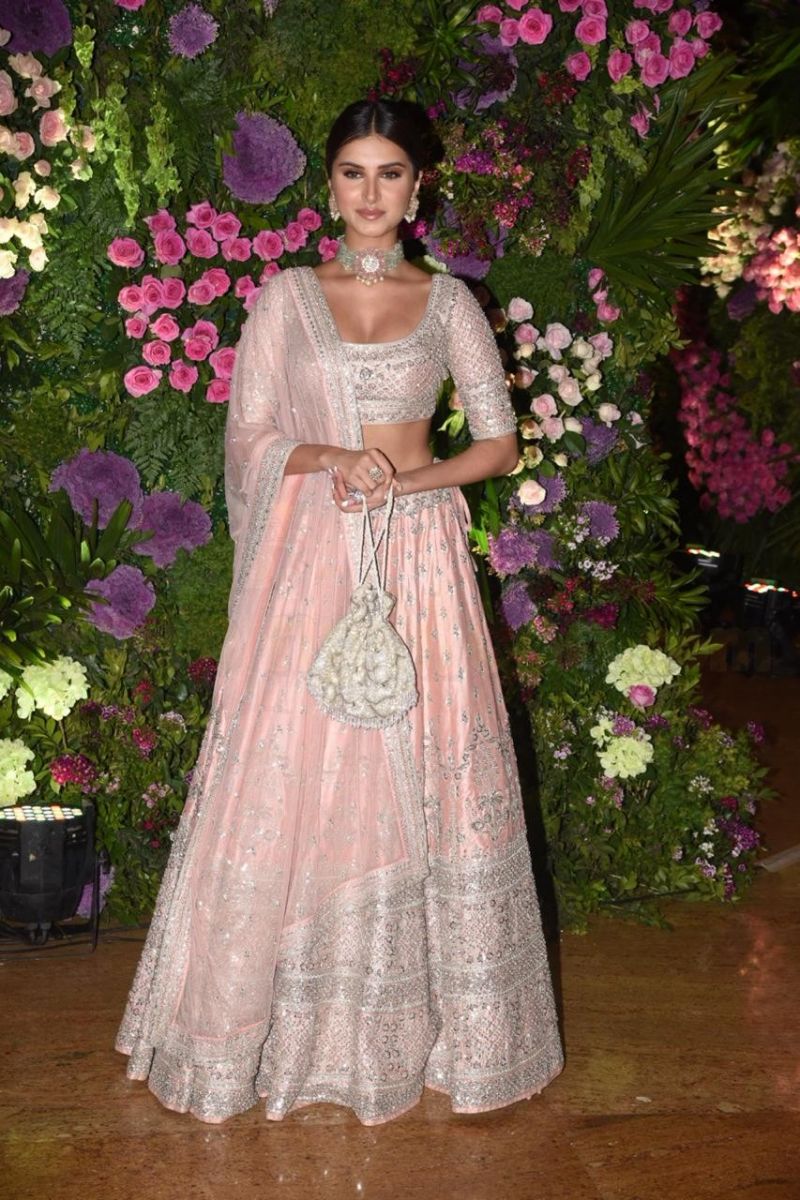 Tara, who is said to be dating Armaan's brother Aadar Jain, made for a stunning sight at the wedding. 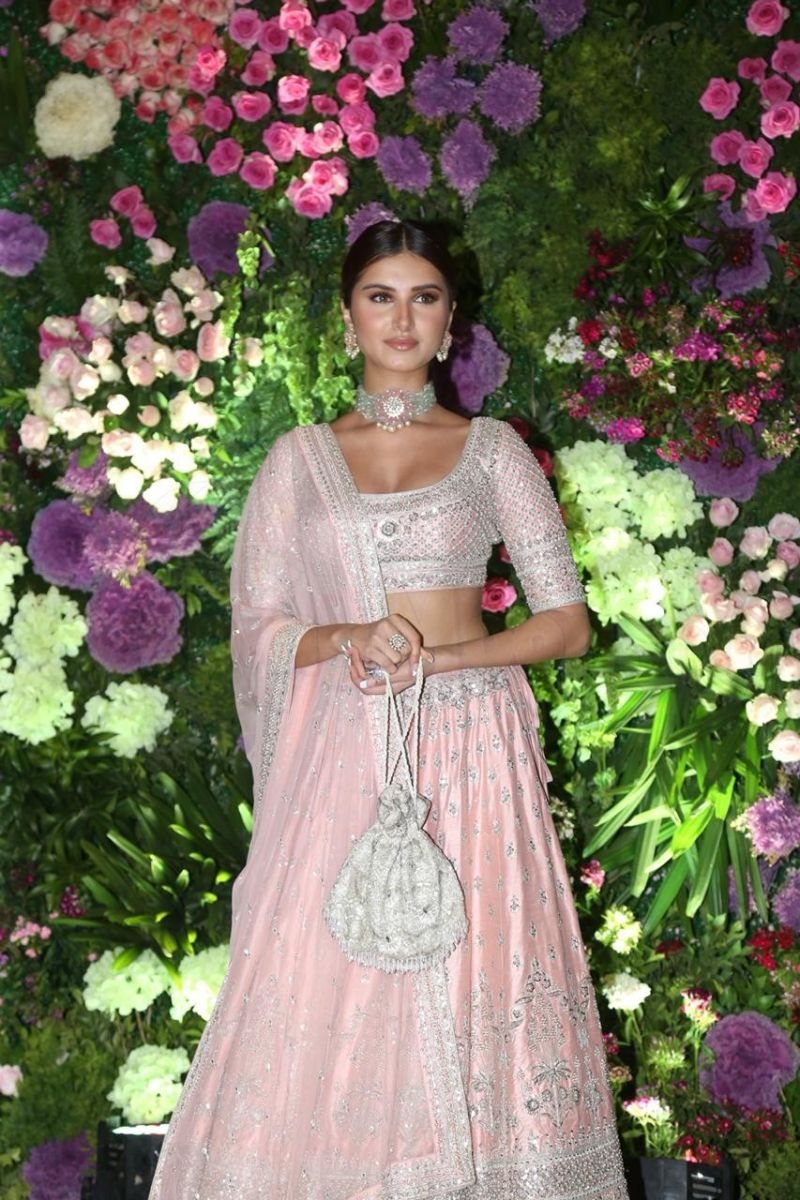 The actress opted for a pastel pink lehenga and rounded off her look for the night with a choker. 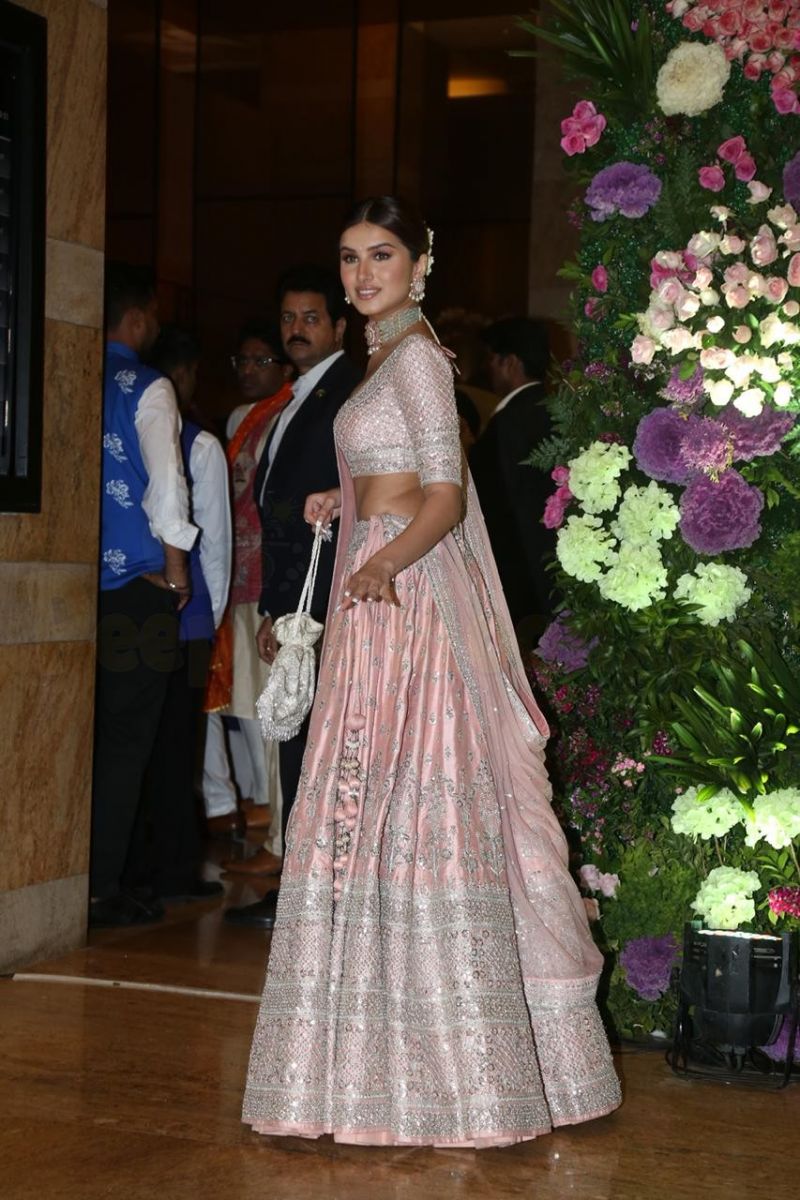 She went the glam way and did her hair into a neat bun and adorned it with gajra. Tara, for the unversed, was a part of all major pre-wedding festivities held a couple of days ago. 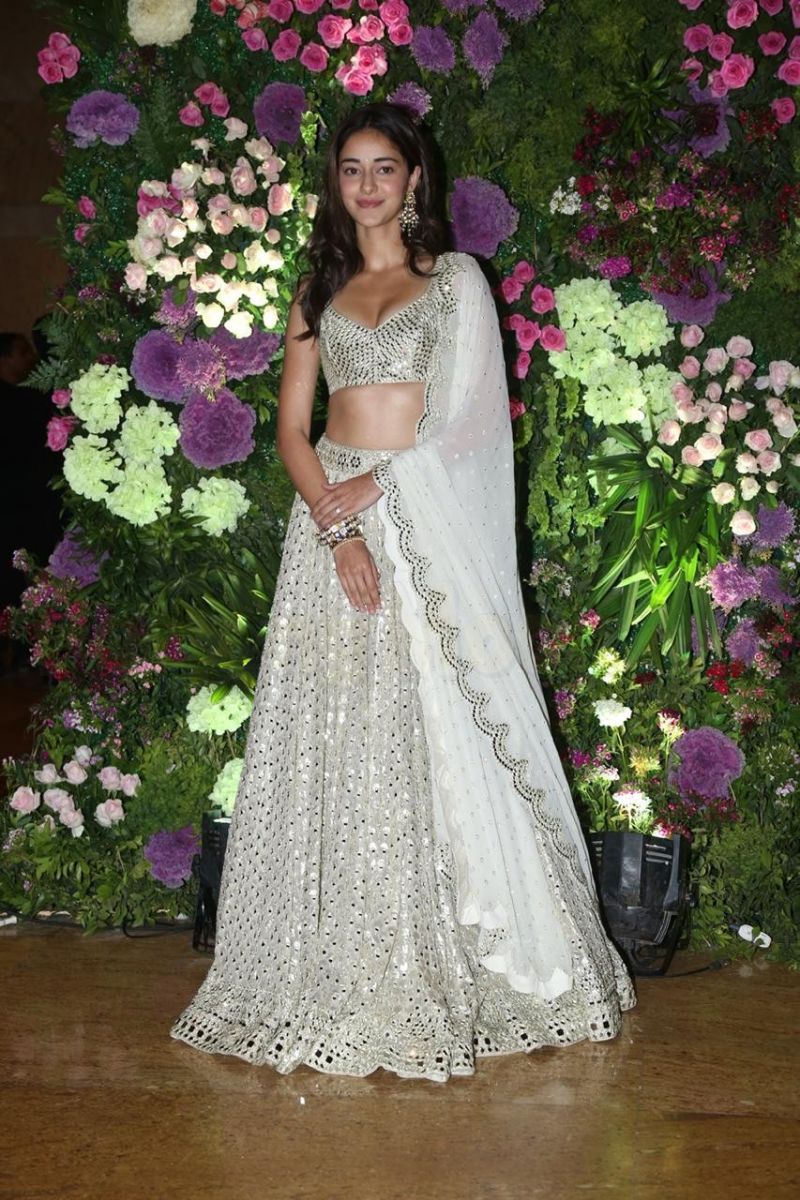 The young actress dolled up for the do and needless to say, looked gorgeous as always. Ananya wore a white mirror embellished lehenga and went for statement earrings to add to the charm. She did her hair into soft waves and opted for minimal glam. 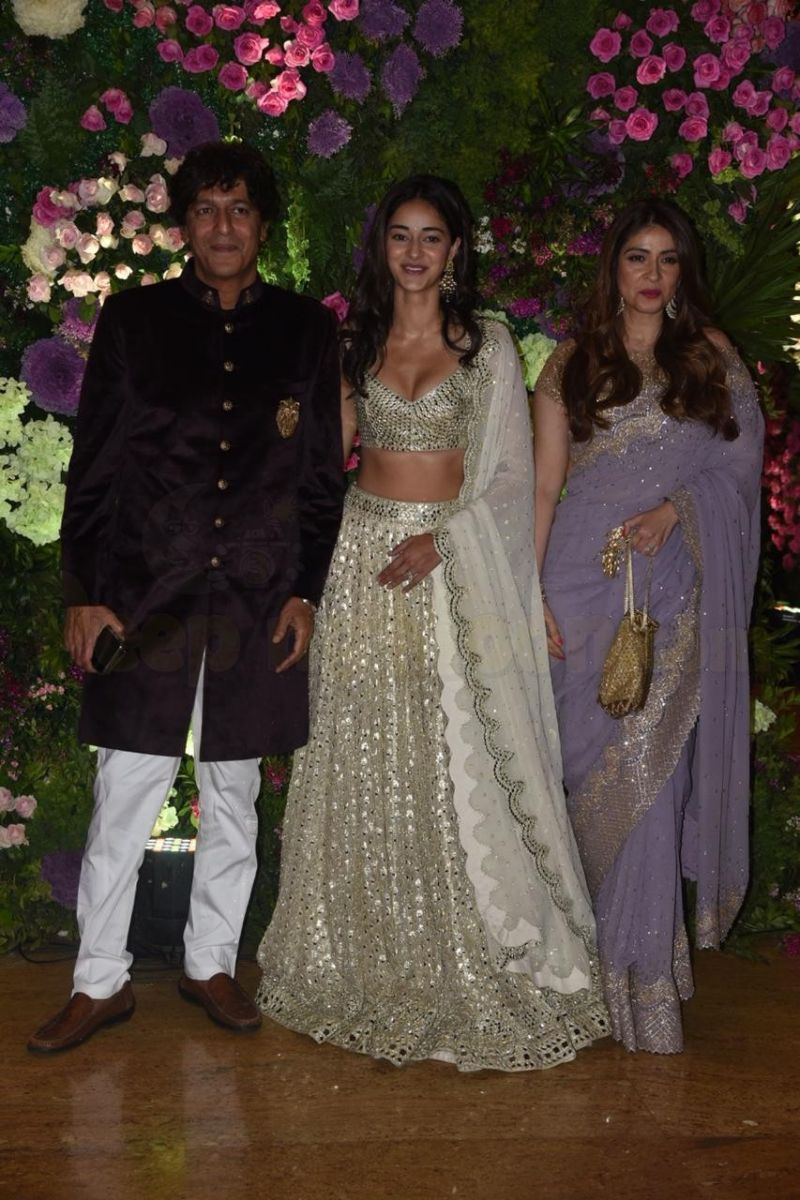 Ananya was accompanied by her parents, Chunky Panday and Bhavana. 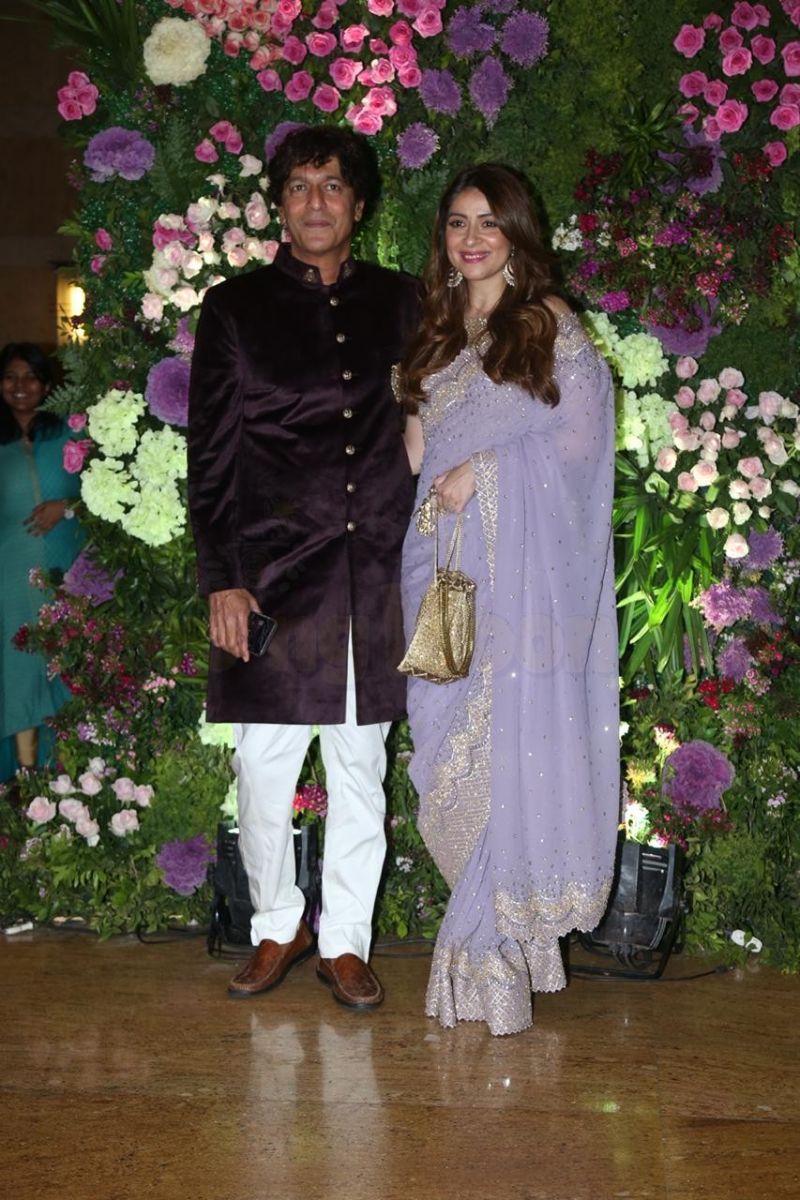 Chunky, for the wedding, looked smart in Indian formals while Bhavana was gorgeous in a saree.

Shanaya Kapoor joined her parents Sanjay Kapoor and Maheep Kapoor to the wedding. 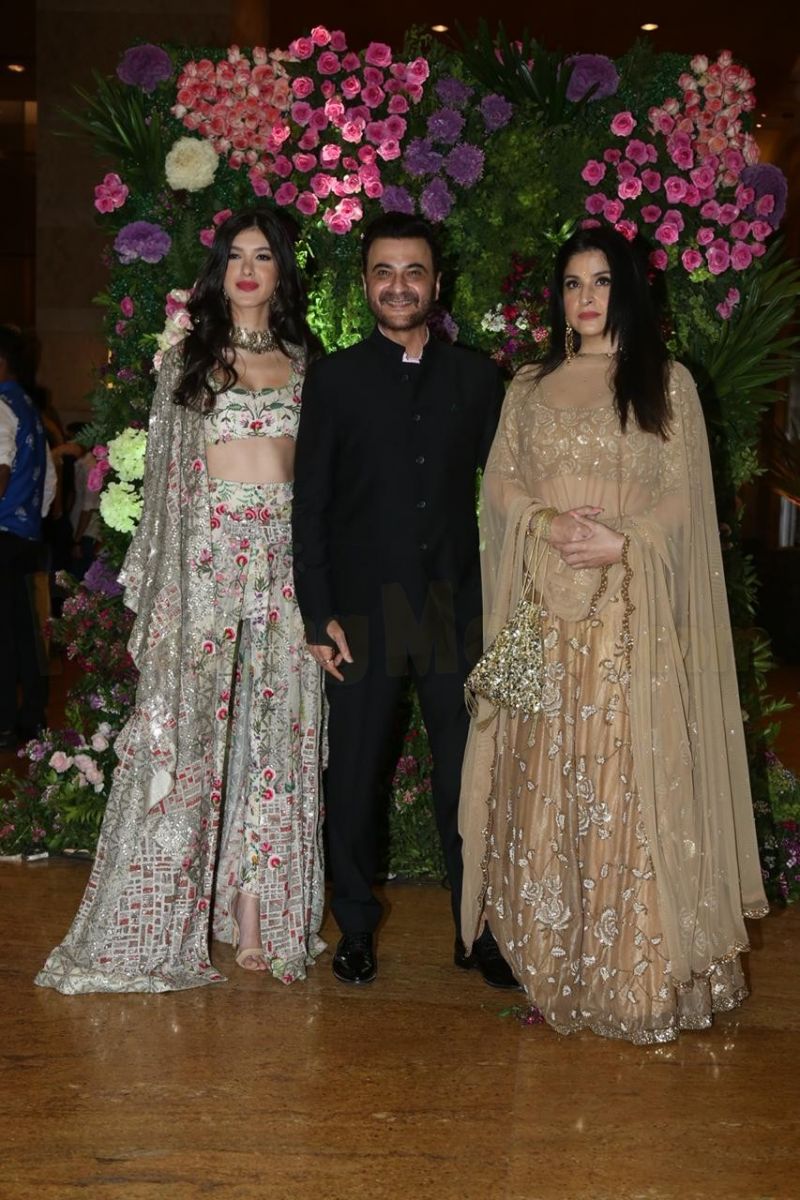 She was seen posing with them as they cut out a perfect family picture. 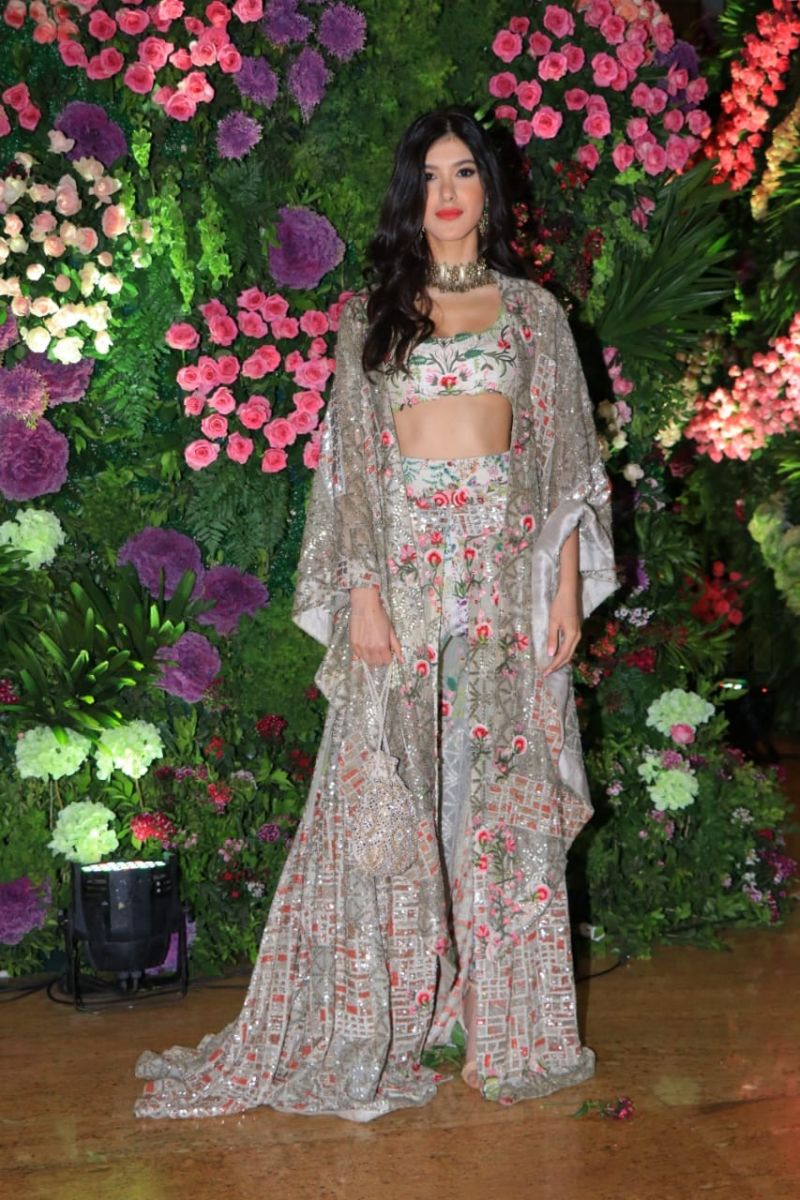 Shanaya, for the wedding, opted for a floral separates, with choker and earring. 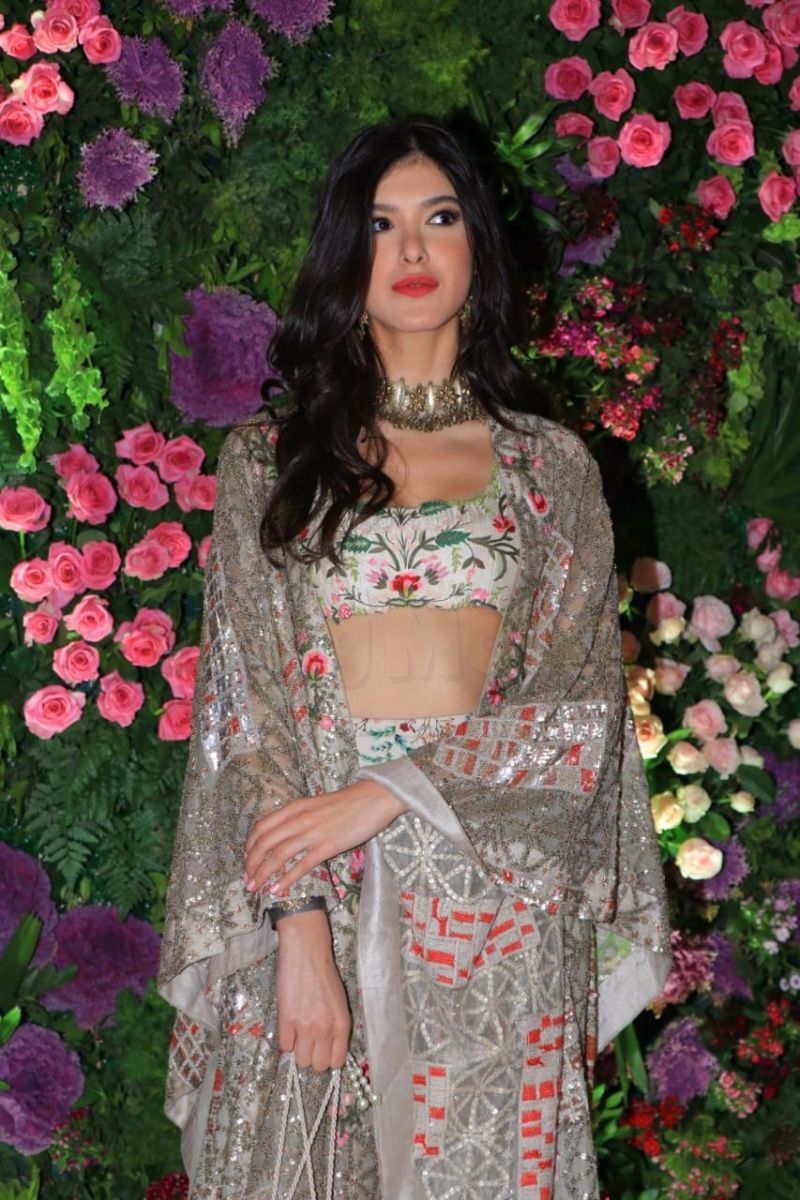 She did her hair into waves and added a pop of colour with her radiant makeup.

Ahan Shetty made an appearance with his girlfriend Tania Shroff. 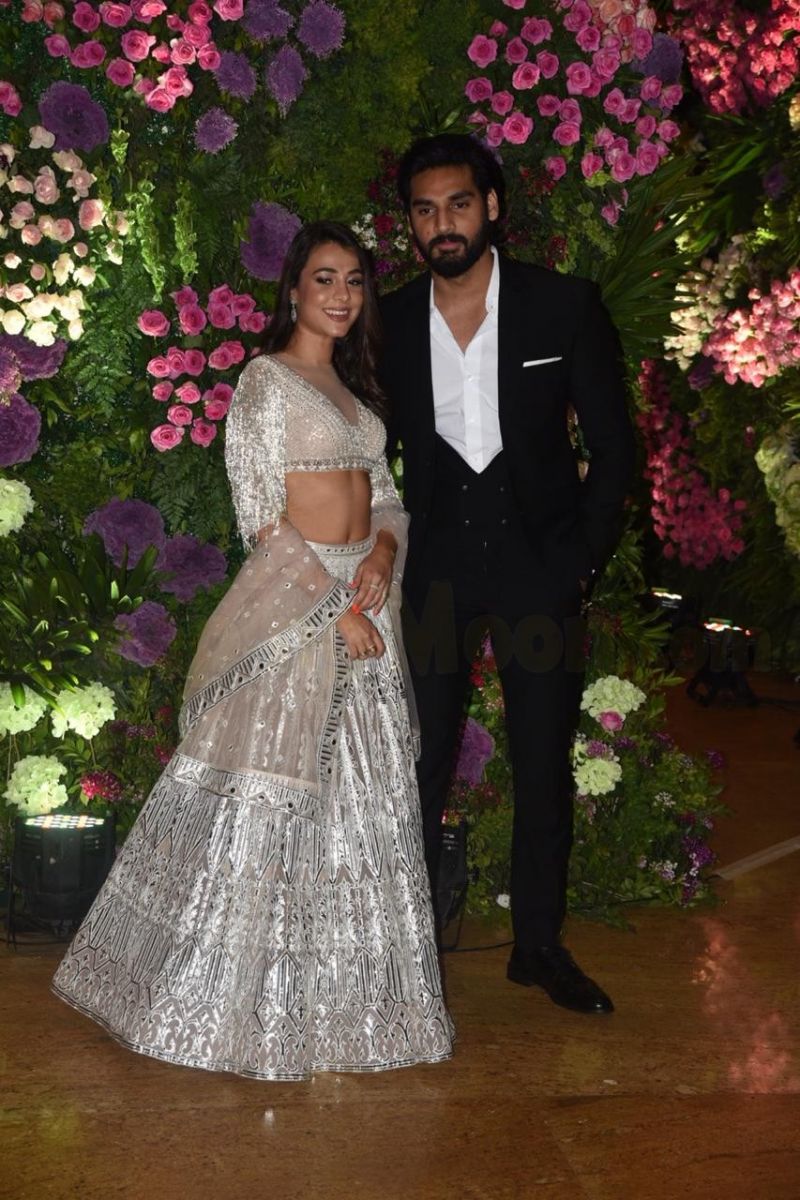 Ahan, who is making his debut with Tara in RX100 remake, opted for a black suit while Tania looked pretty in a white lehenga. 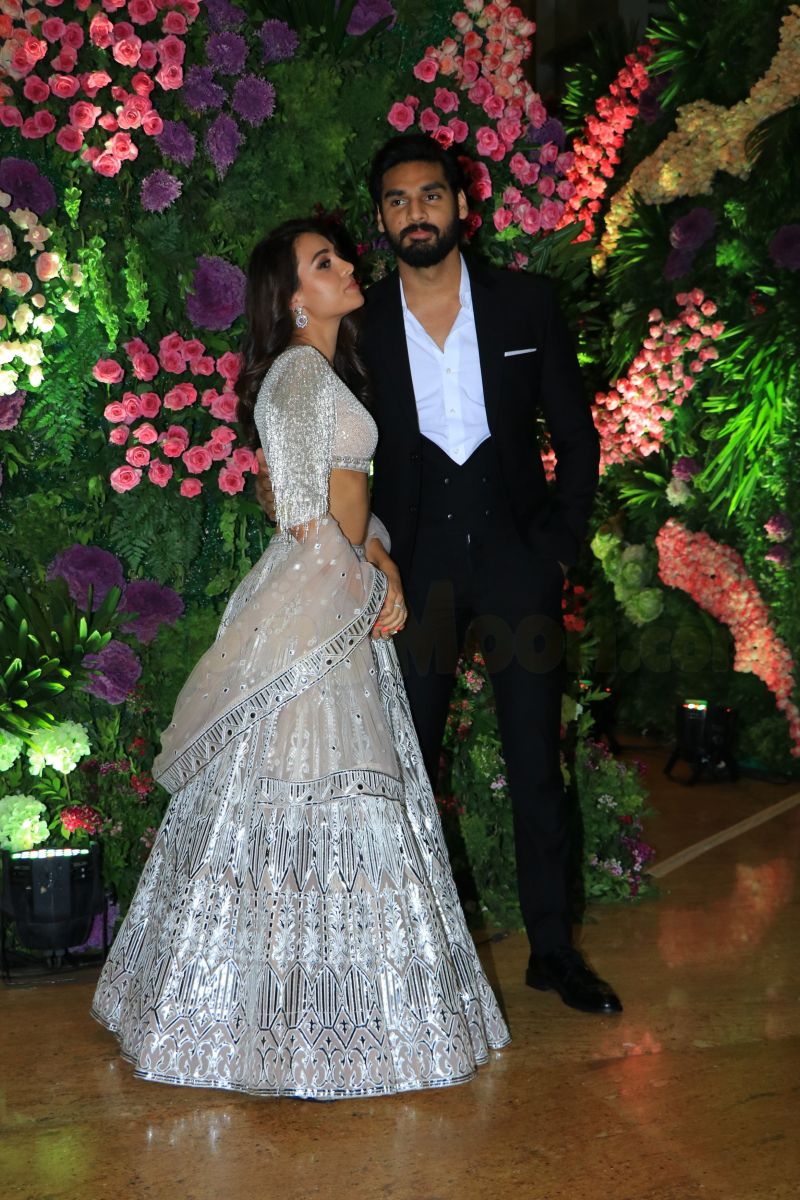 The young couple posed for the cameras happily.

Arjun Kapoor was also at the wedding. 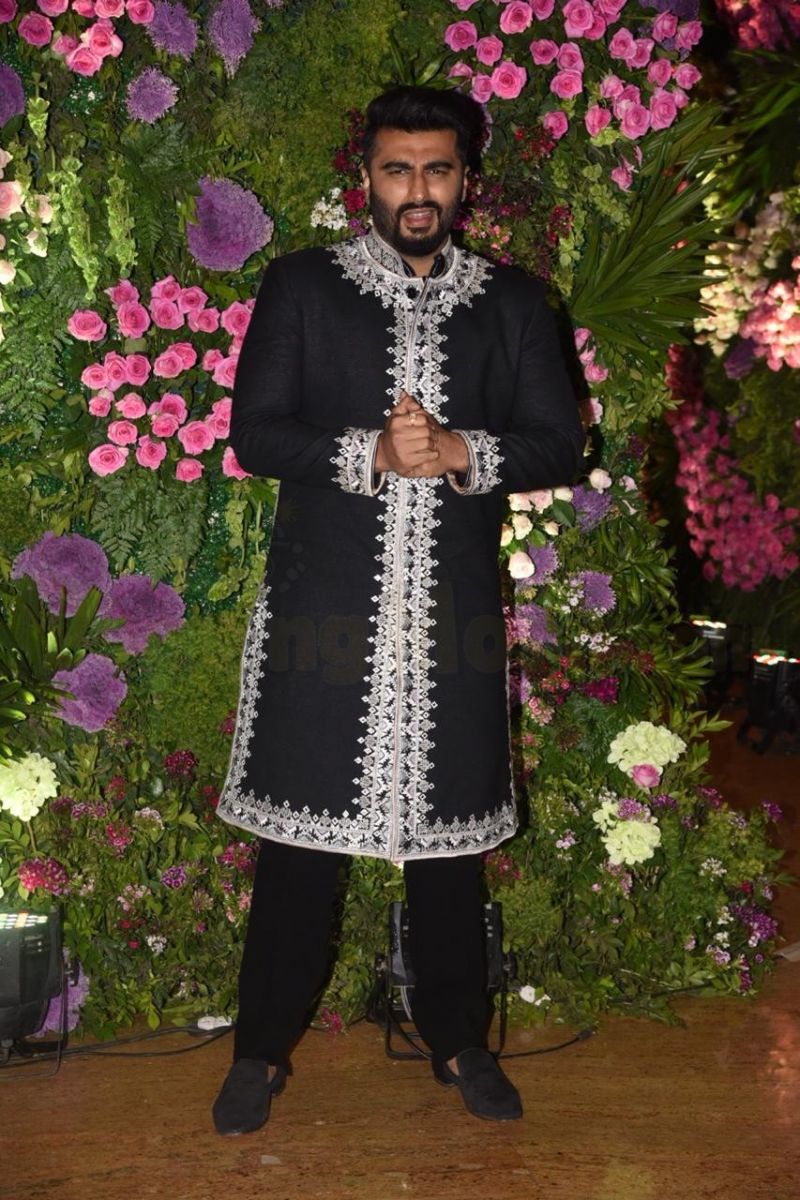 The actor kept it simple and elegant in black ethnic wear. Posing for the cameras, Arjun was all smiles. 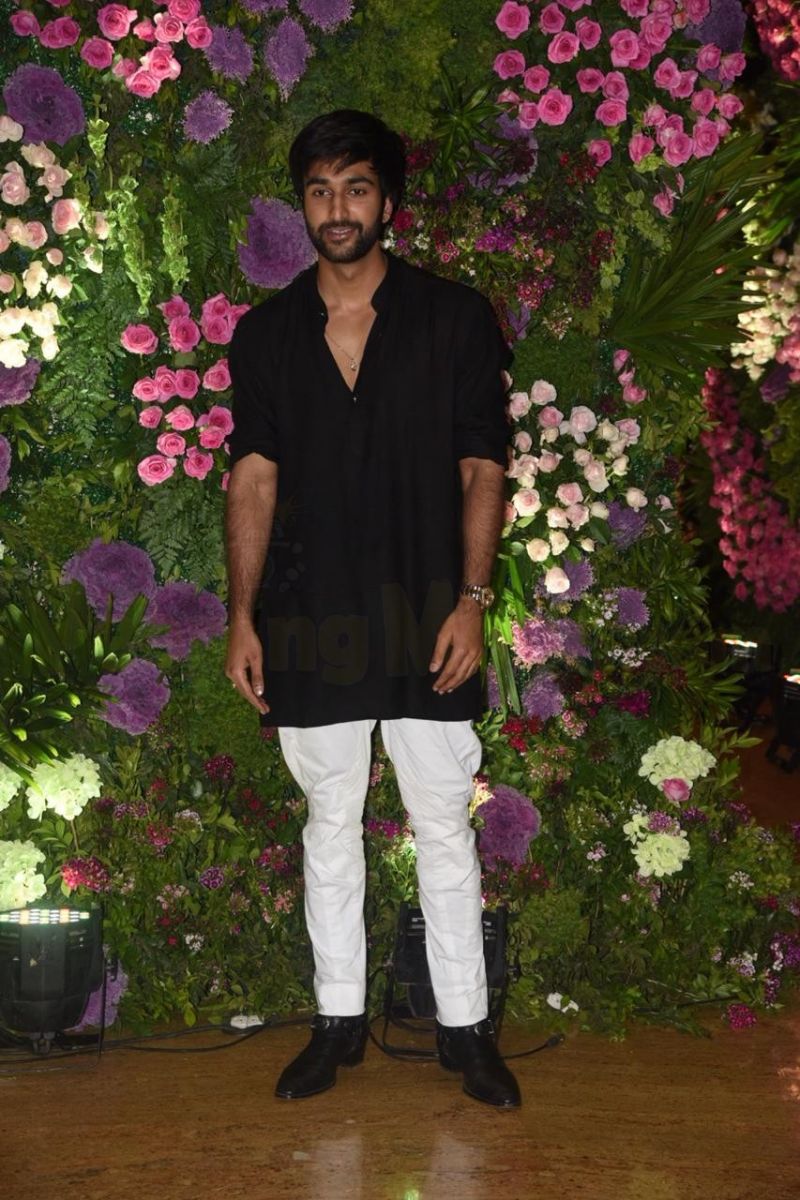 The actor who is currently shooting for his second film Hungama 2, went for a simple kurta and looked handsome. 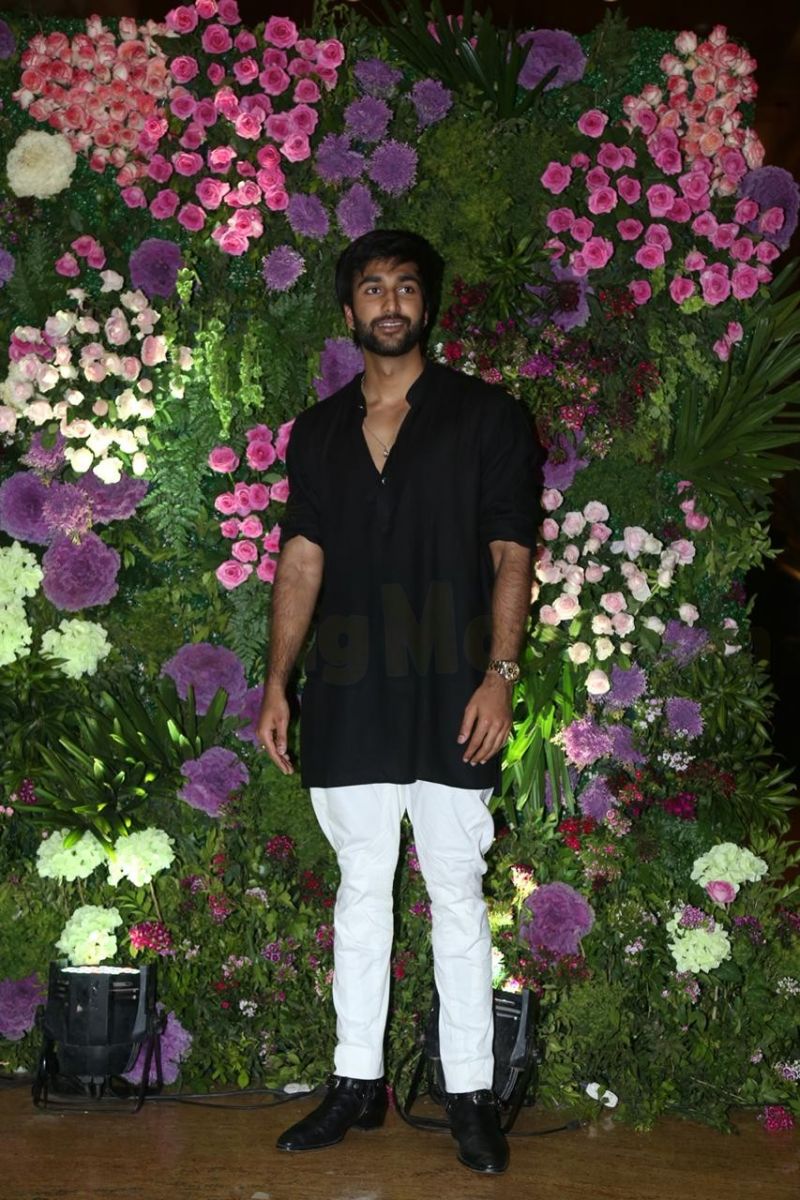 Ajay Devgn and Dil Raju team up to remake the popular Telugu film, Naandhi, in Hindi