Kareena Kapoor Khan's, Karisma Kapoor's and Ranbir Kapoor's cousin Armaan Jain hosted his pre-wedding mehendi ceremony on Saturday night. Armaan, who is the son of Rishi Kapoor's, Randhir Kapoor's and Rajeev Kapoor's sister Rima Jain and Manoj Jain, got engaged to his longtime sweetheart Anissa Malhotra in the month of July and the roka ceremony was held in December last year. Now, the mehendi ceremony was held with family and friends in attendance. 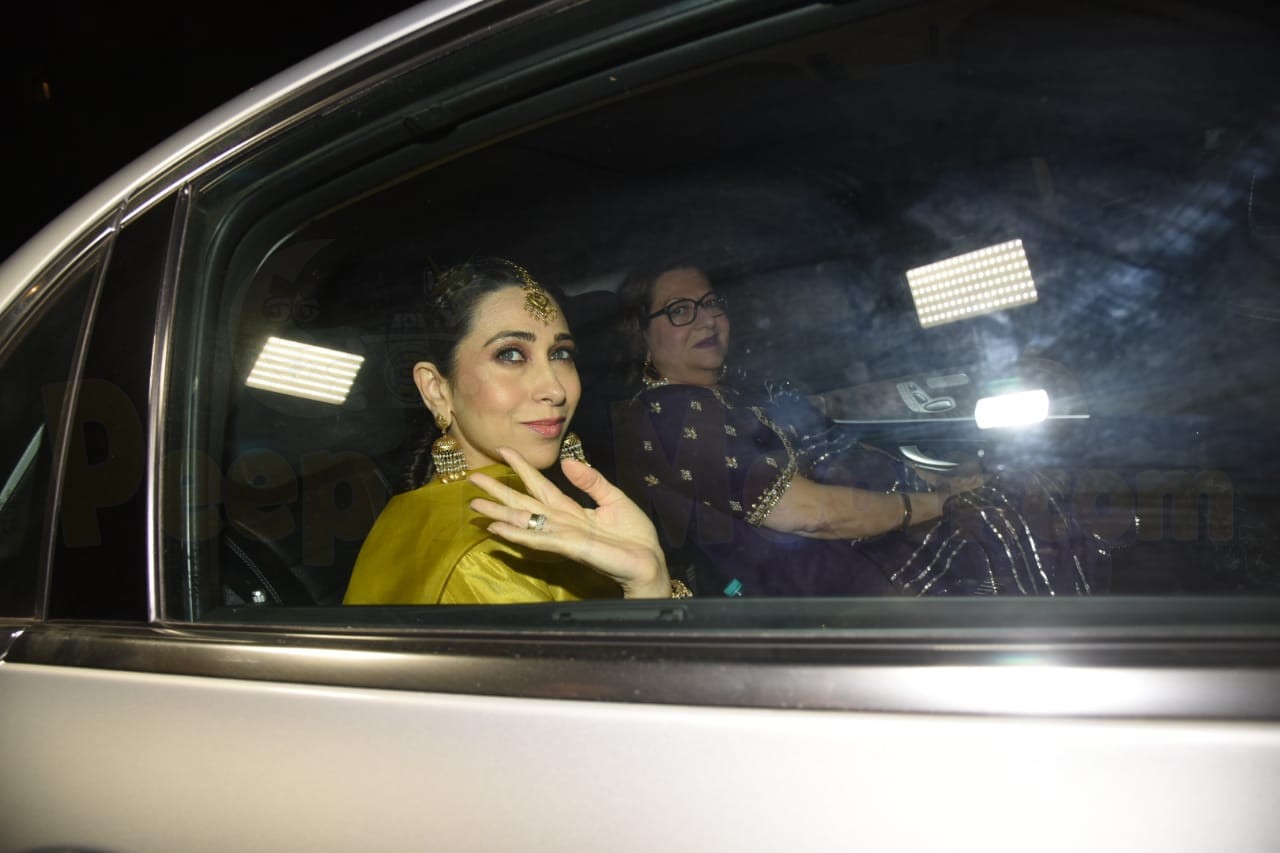 With subtle golden prints on the outfit, the actress gave us major festive OOTD inspiration. Karisma teamed her dazzling wear with a delicate maangtika and did her hair into a neat braid. Minimal glam and she was all set to go. Karisma was accompanied by her mother Babita Kapoor who looked lovely in purple wear.

Suniel Shetty was also at the mehendi ceremony. 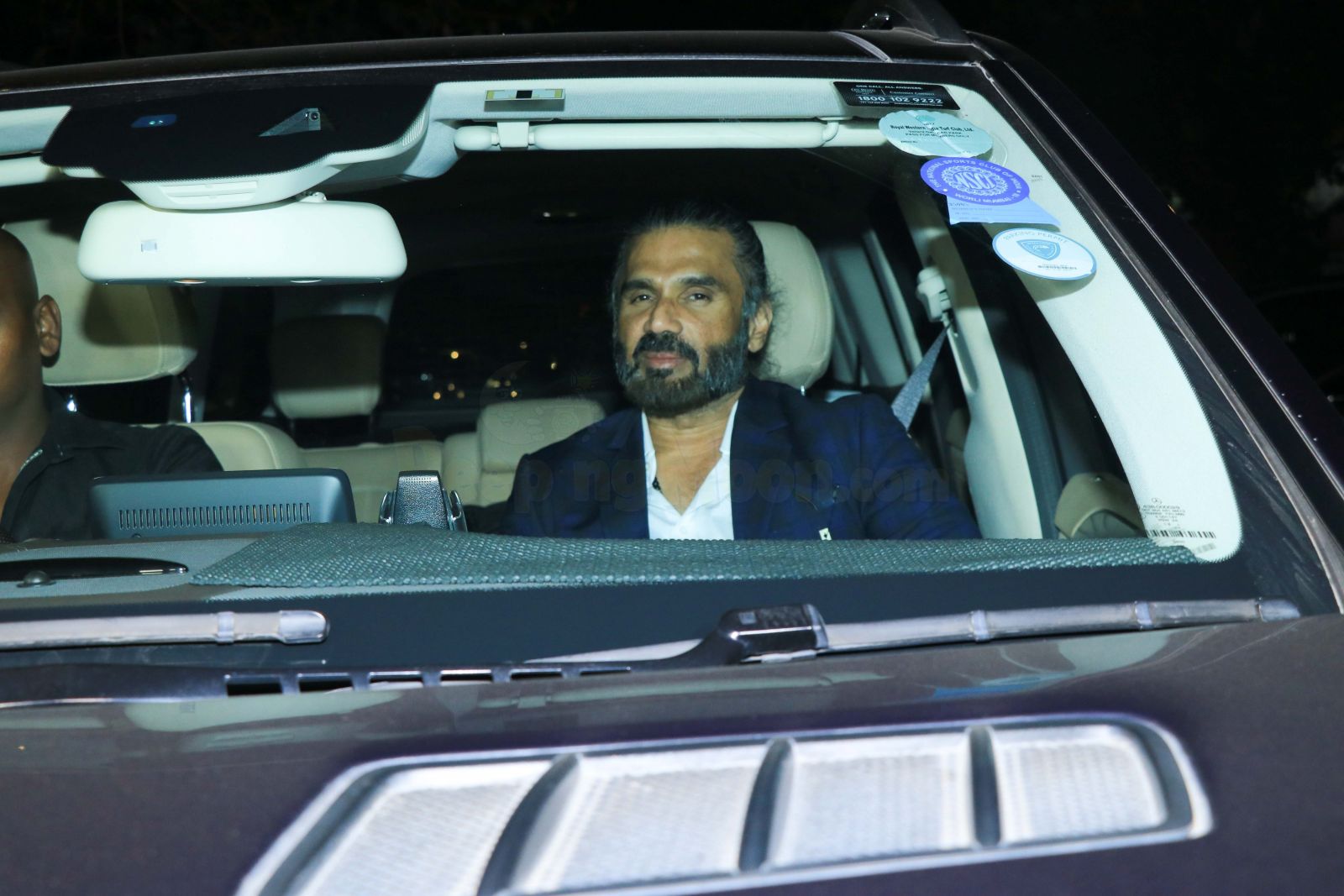 The actor opted for a blue suit paired with a classic white shirt. Sporting a thick beard, Suniel seemed to be ageing in reverse. 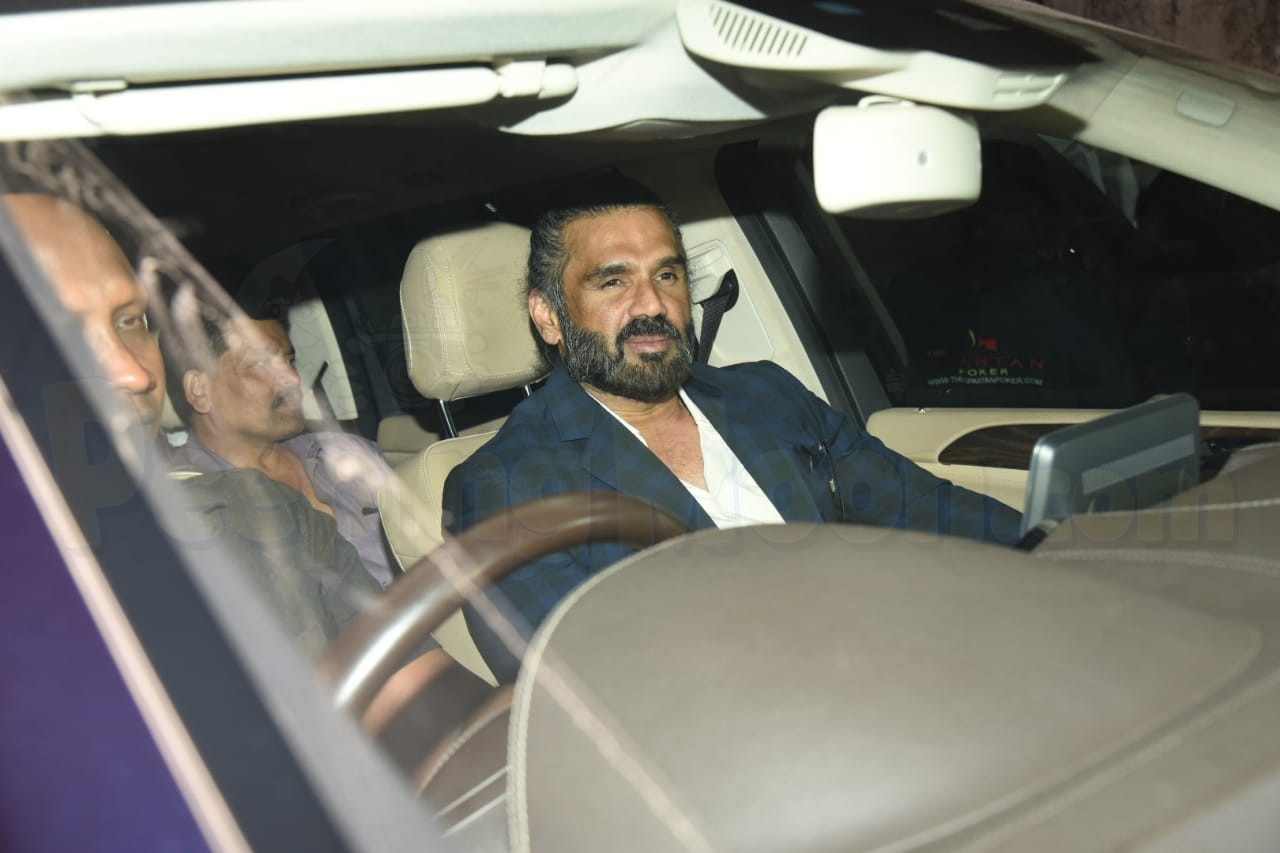 On spotting the paparazzi, Suniel was all smiles.

Tara Sutaria attended the ceremony too. 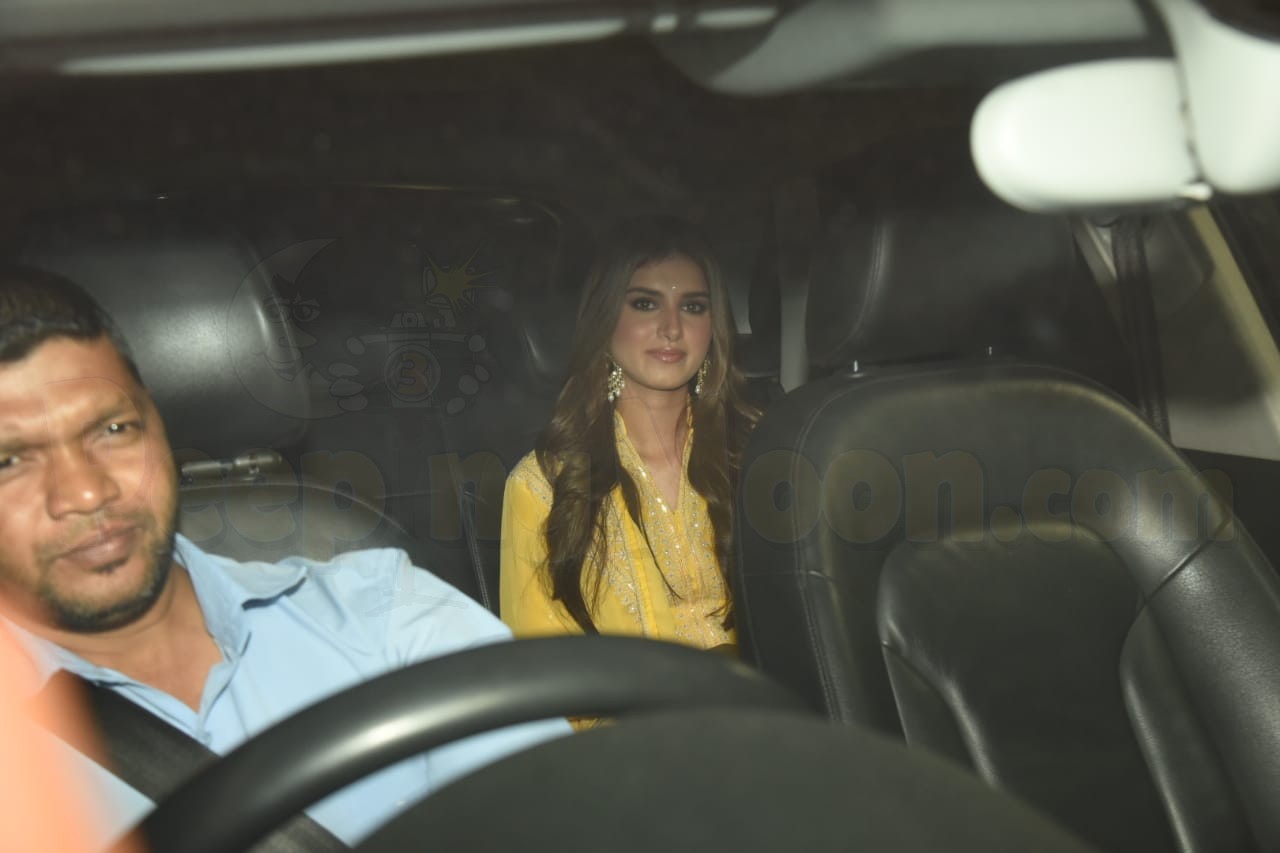 The actress who is currently busy with the shoot of RX100 Hindi remake with Ahan Shetty, opted for a dazzling yellow outfit. She teamed her attire with radiant glam and minimal jewellery. 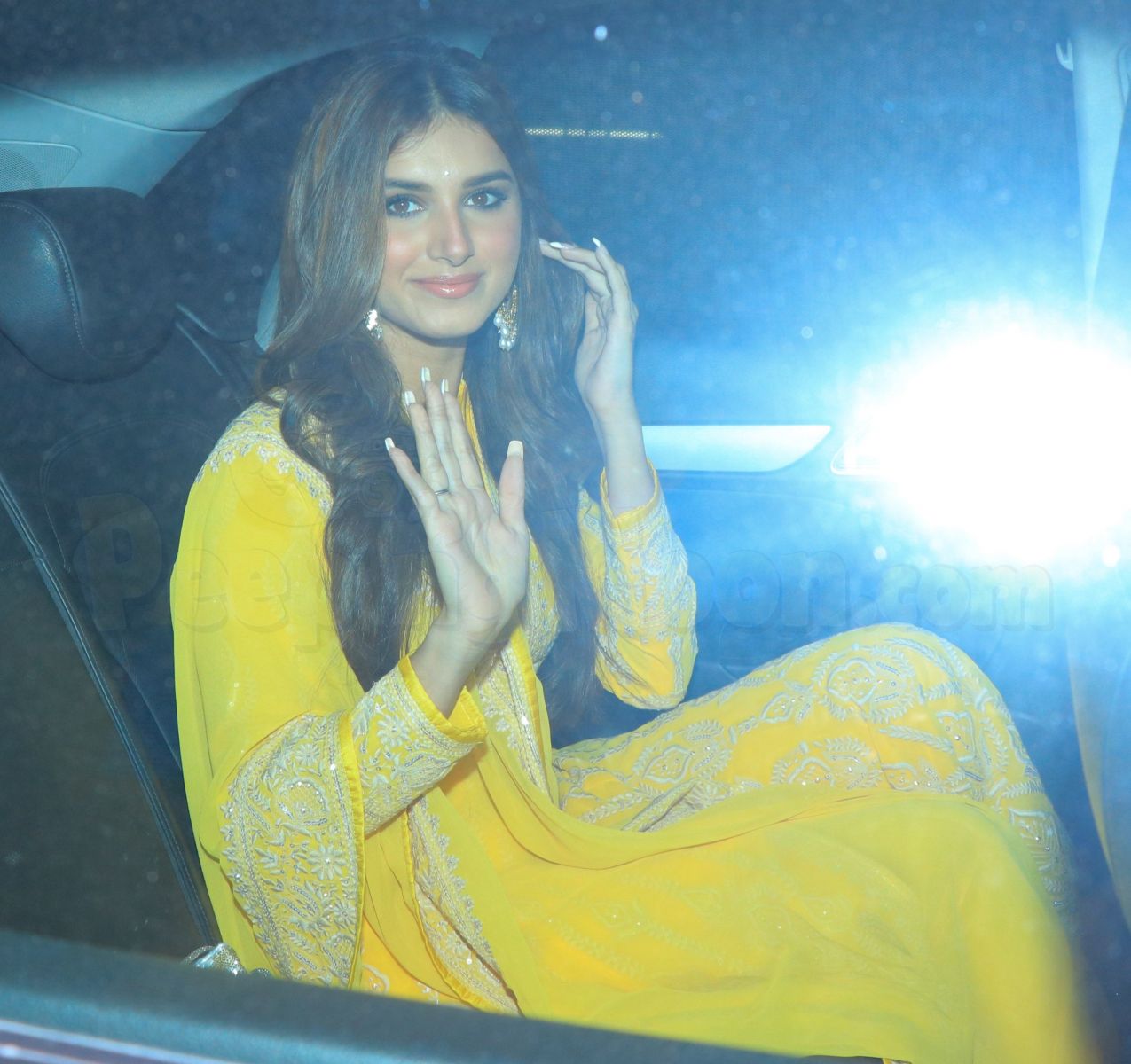 Waving at the paparazzi and flashing a pretty smile, Tara was indeed a sight to behold. Tara is said to be Armaan's brother Aadar Jain's girlfriend and the duo has been spotted making public appearances together in the recent past.

Shweta Bachchan Nanda, who is Armaan's sister-in-law, marked her presence at the do. 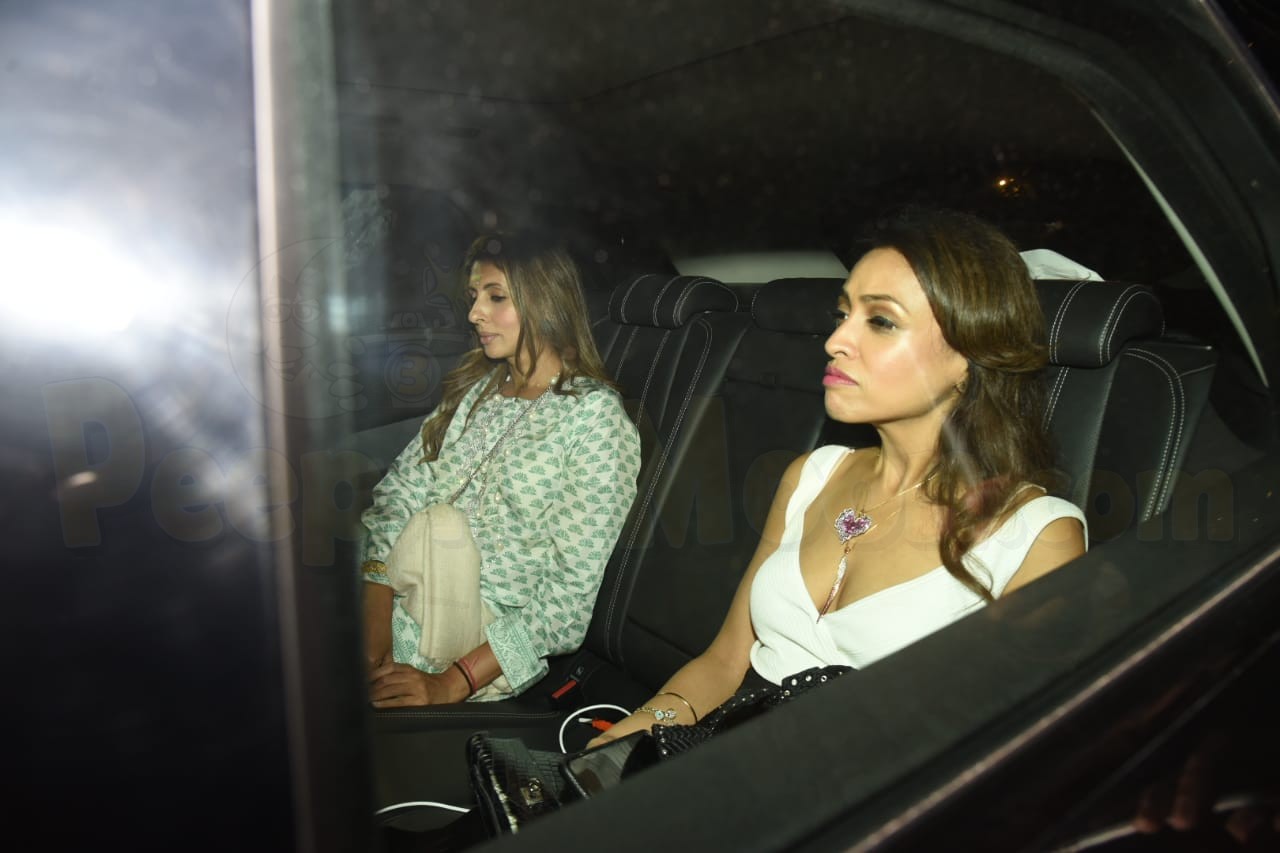 Our shutterbugs caught a glimpse of Shweta who looked lovely in printed ethnic wear. With subtle glam and minimal jewellery, Shweta made for a pretty sight.

Randhir Kapoor joined the ceremony too. Randhir, who is father to Kareena Kapoor Khan and Karisma, is Armaan's maternal uncle. 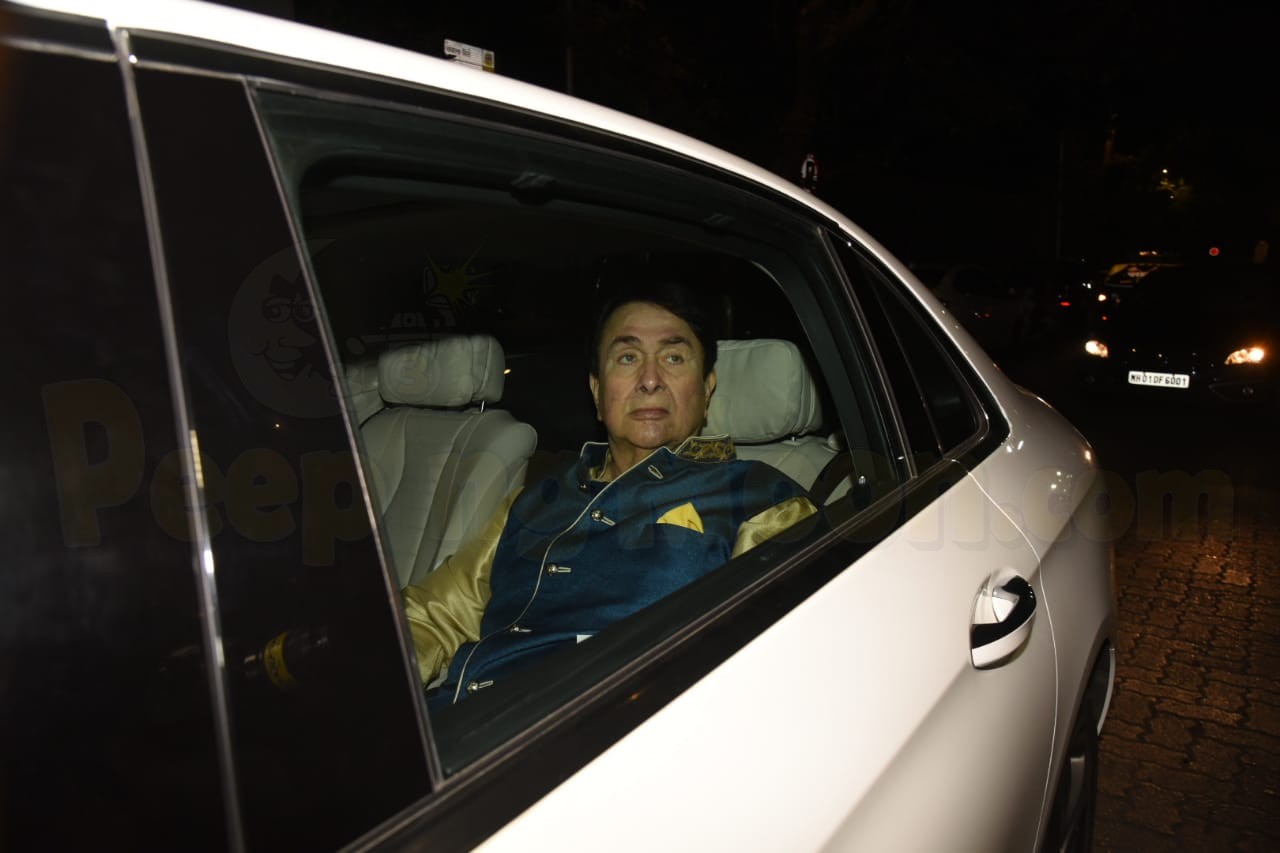 Sunita Kapoor was also clicked at the festivities. 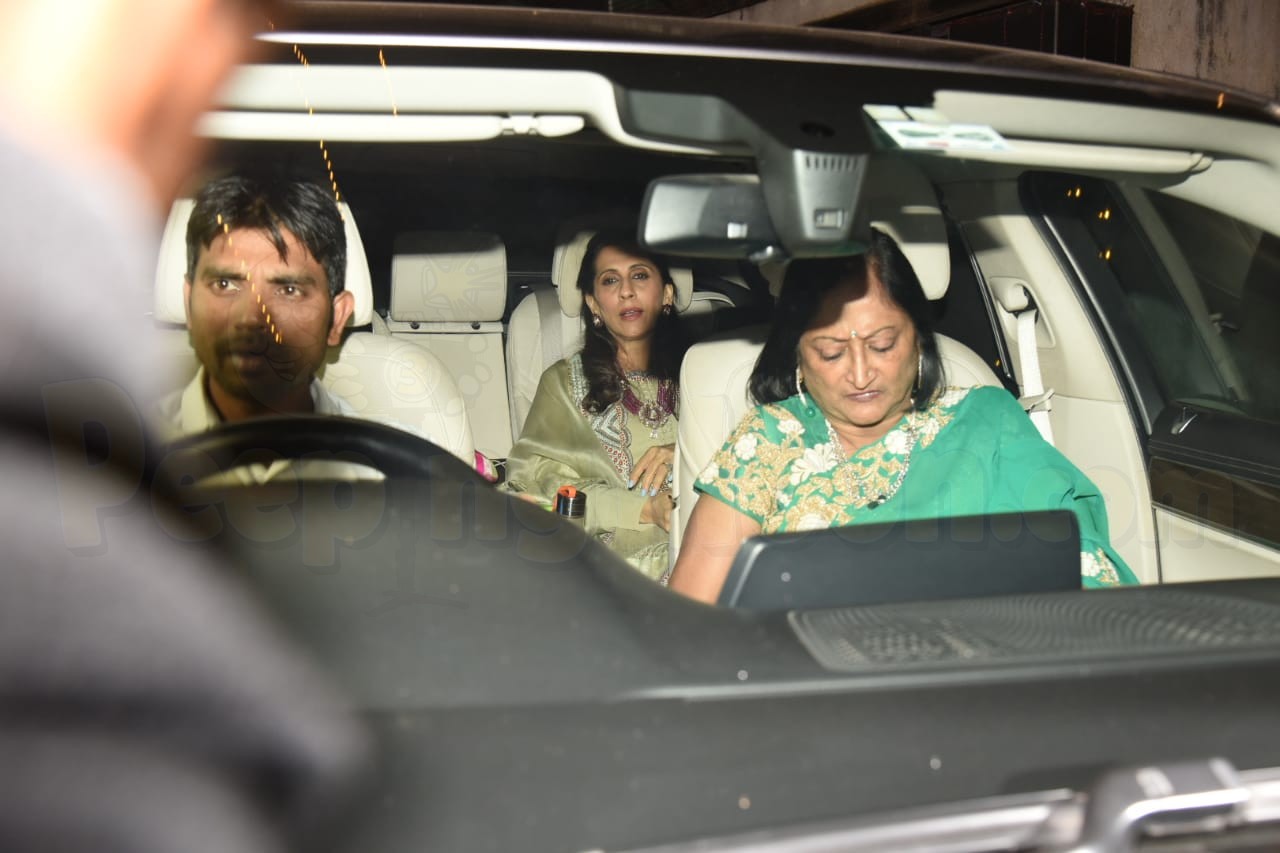 The wife of actor Anil Kapoor and mother to Sonam Kapoor, Rhea Kapoor and Harsh Varrdhan Kapoor, Sunita looked elegant as usual. Our shutterbugs caught a glimpse of Mrs. Kapoor while she headed towards the ceremony venue. 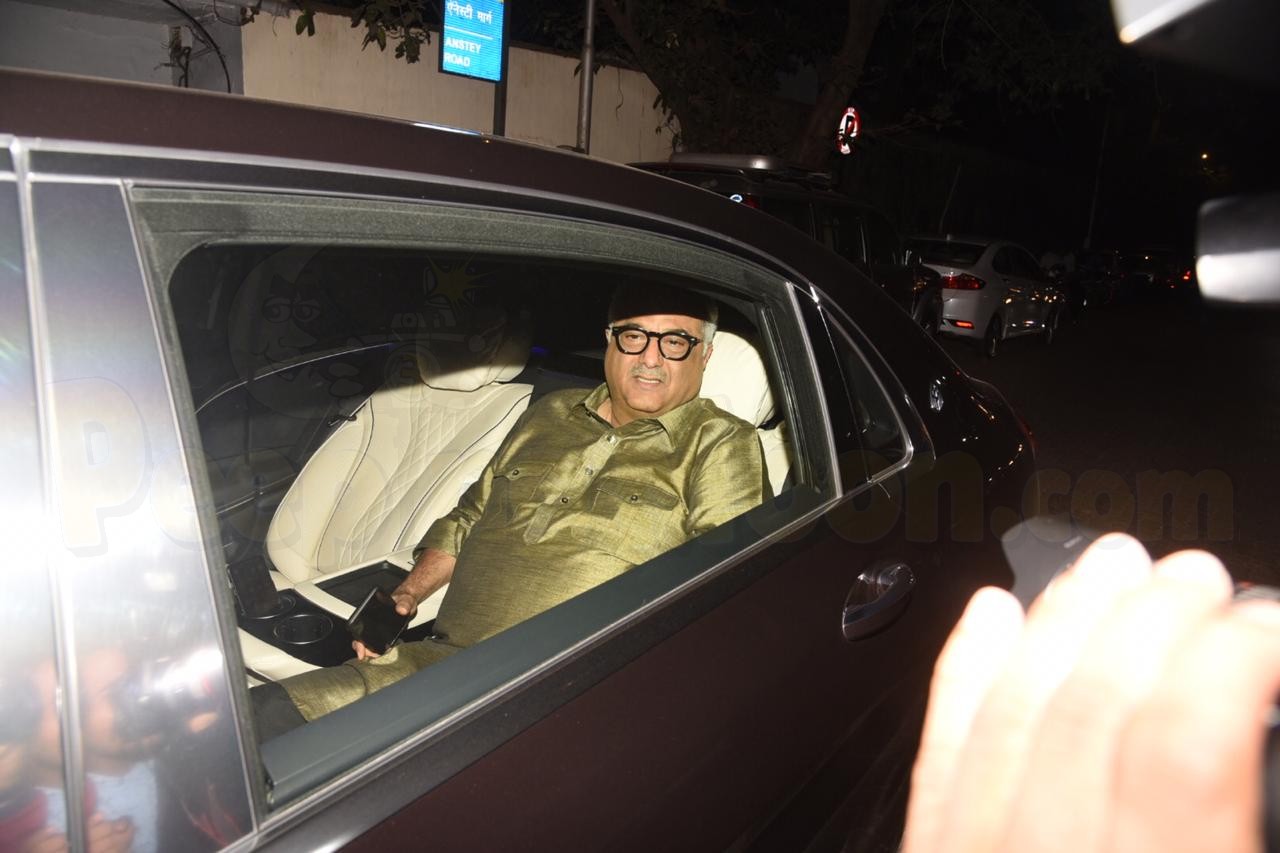 Dressed in a golden kurta pyjama, the producer looked classic. Ritesh Sidhwani with his wife Dolly Sidhwani joined the celebration. 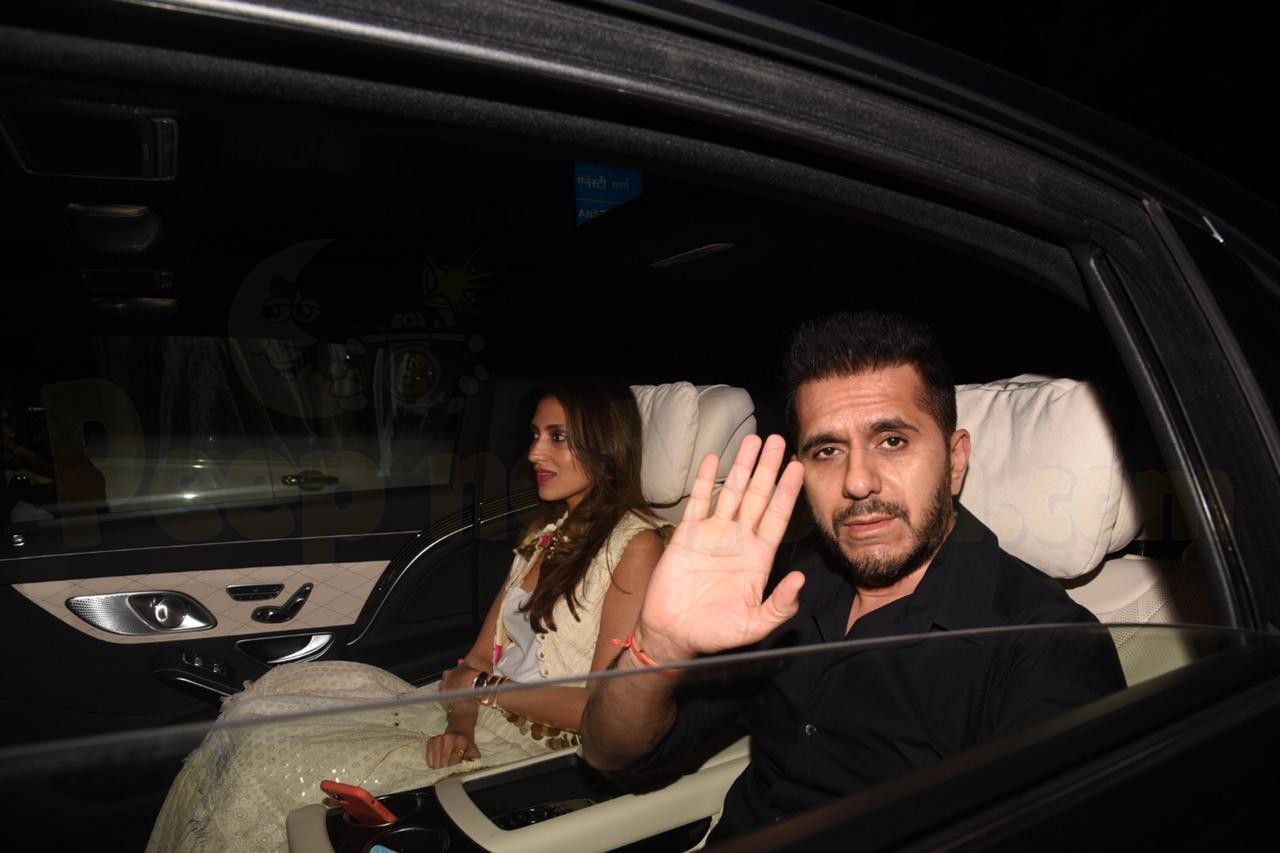 The producer waved out at the cameras on spotting them. Looking elegant as always, the couple cut out a lovely picture. 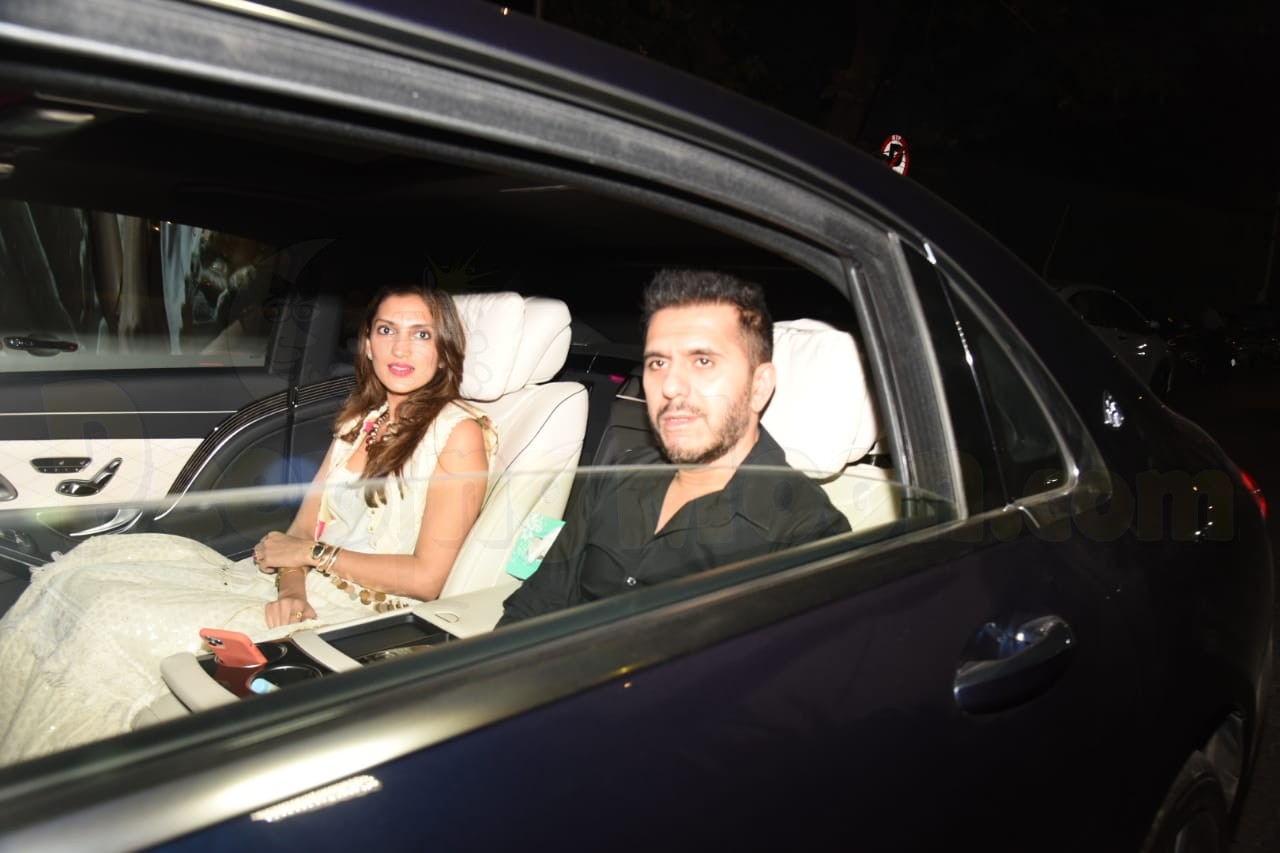 Ritesh and Dolly were spotted by the lens while they were near the mehendi venue.