Ashutosh Gowariker's upcoming period war drama Panipat has managed to garner the right amount of attention ever since it was announced. With the trailer being released a while ago, the anticipation among fans surely shot up high and has made the wait for it to release difficult. With Panipat inching closer to its silver screen opening, the makers are leaving no stone unturned to generate a positive stir by launching powerful songs teamed with rigorous promotions. Similarly, Arjun and Kriti, on Thursday, headed to Delhi to root for their period drama.

For the Delhi promotions, Kriti opted for a printed kurti with a front slit and teamed it with printed sharara. She rounded off her look with a radiant glam and oxidised junky jewellery. Arjun went for a formal look. Posing with each other, Arjun and Kriti were all smiles. 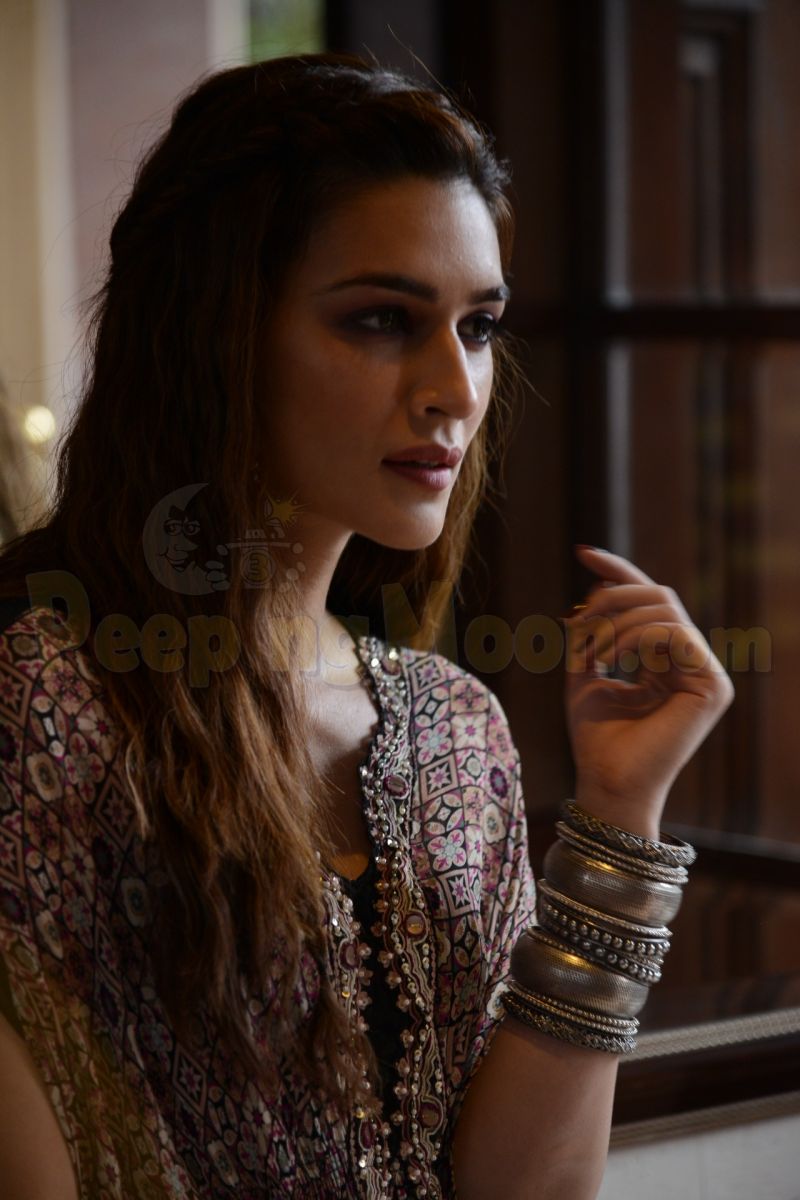 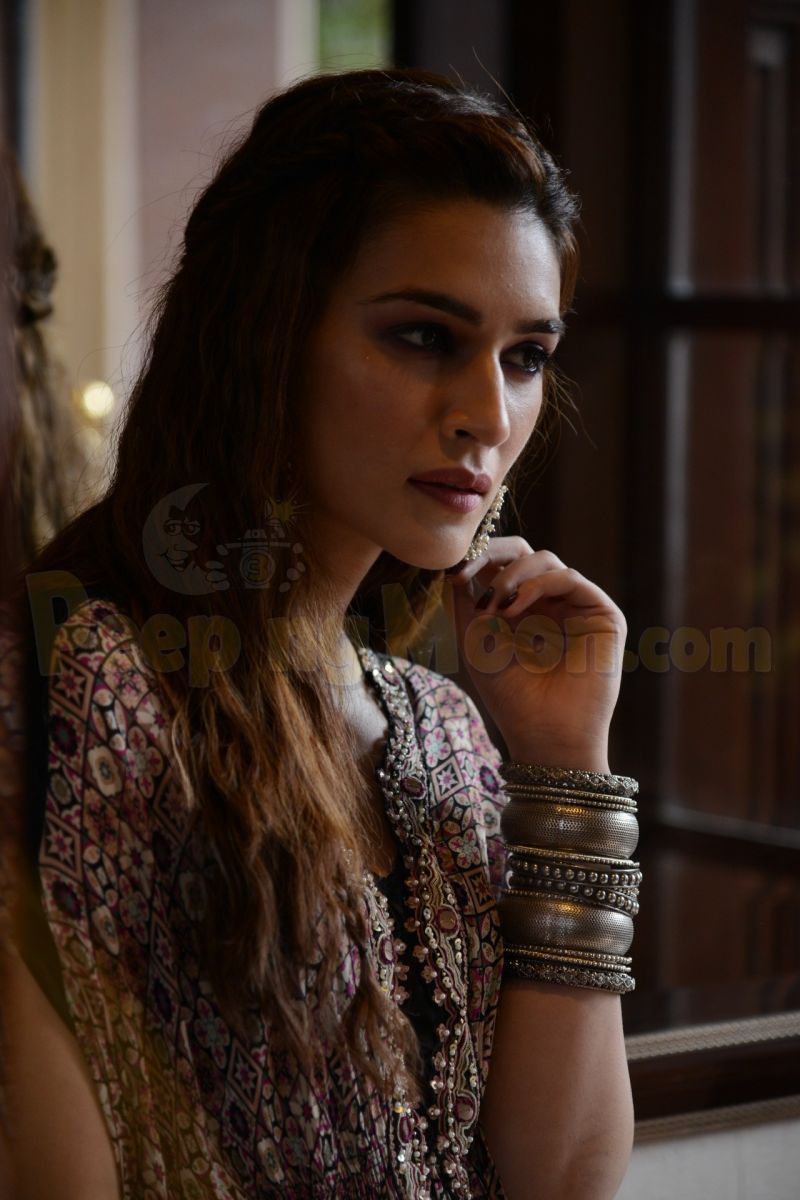 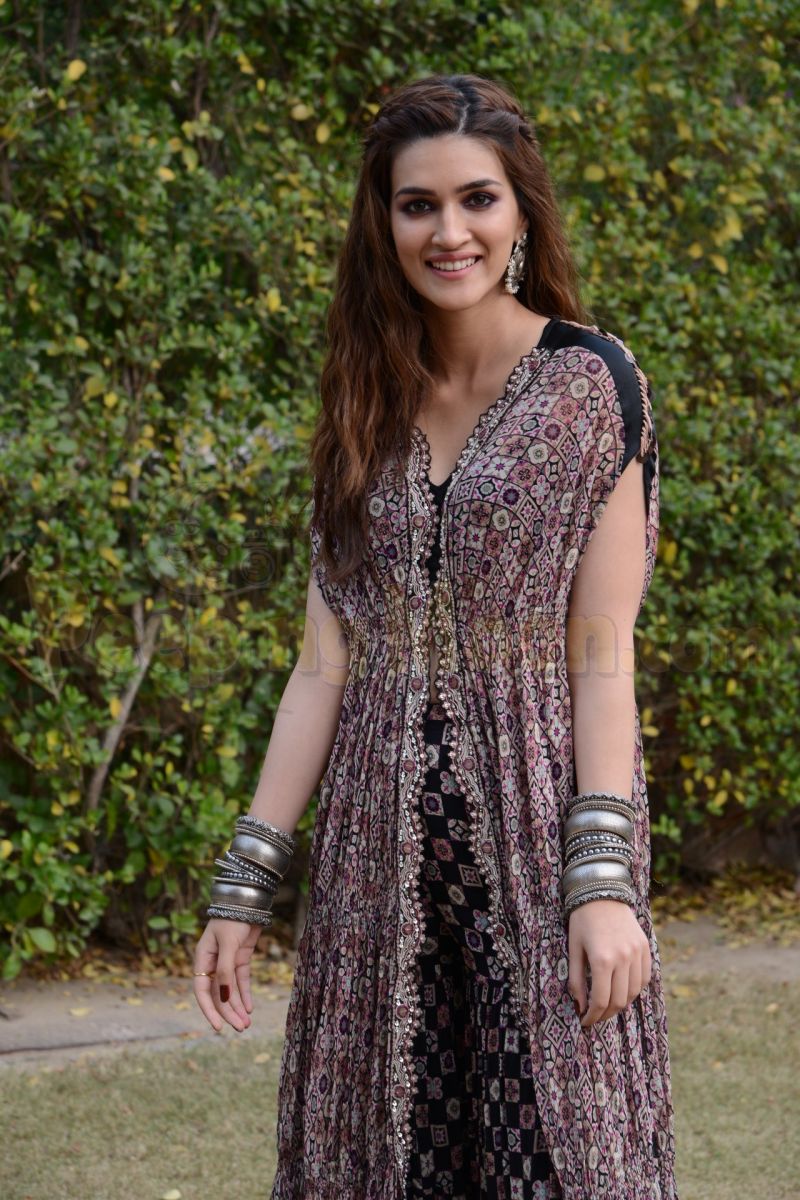 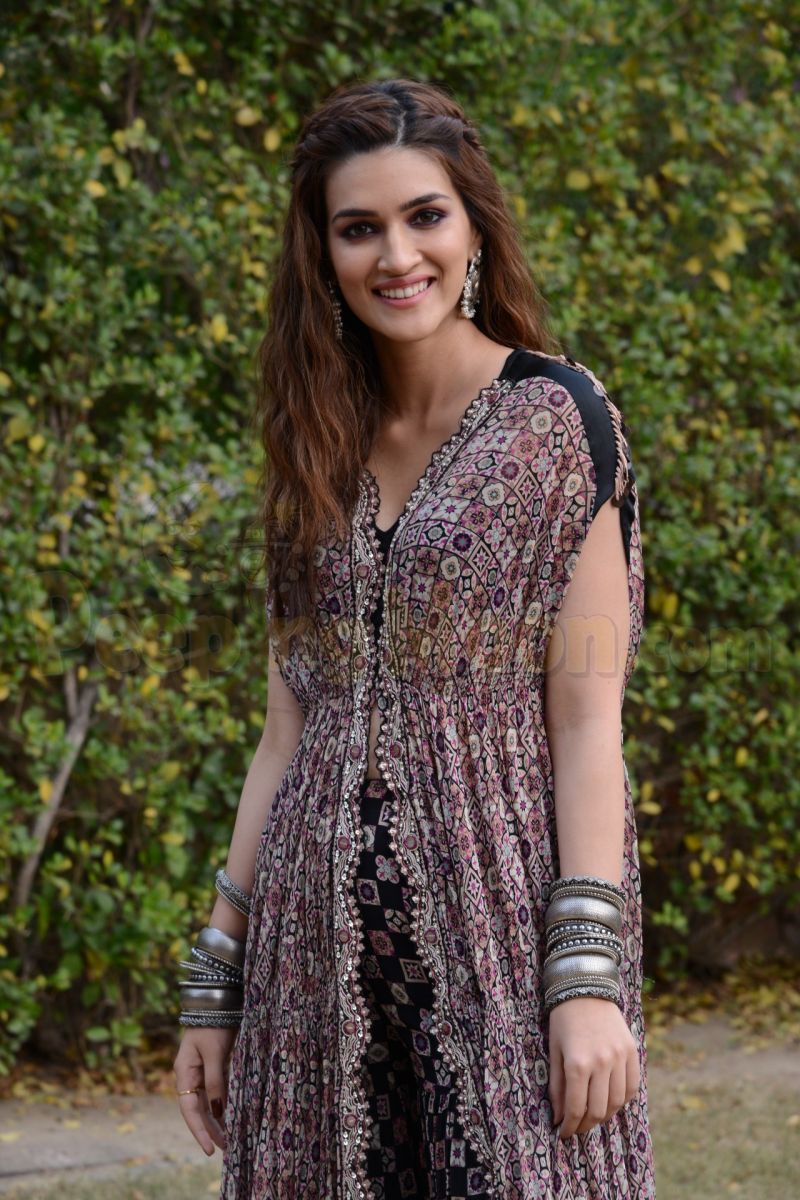 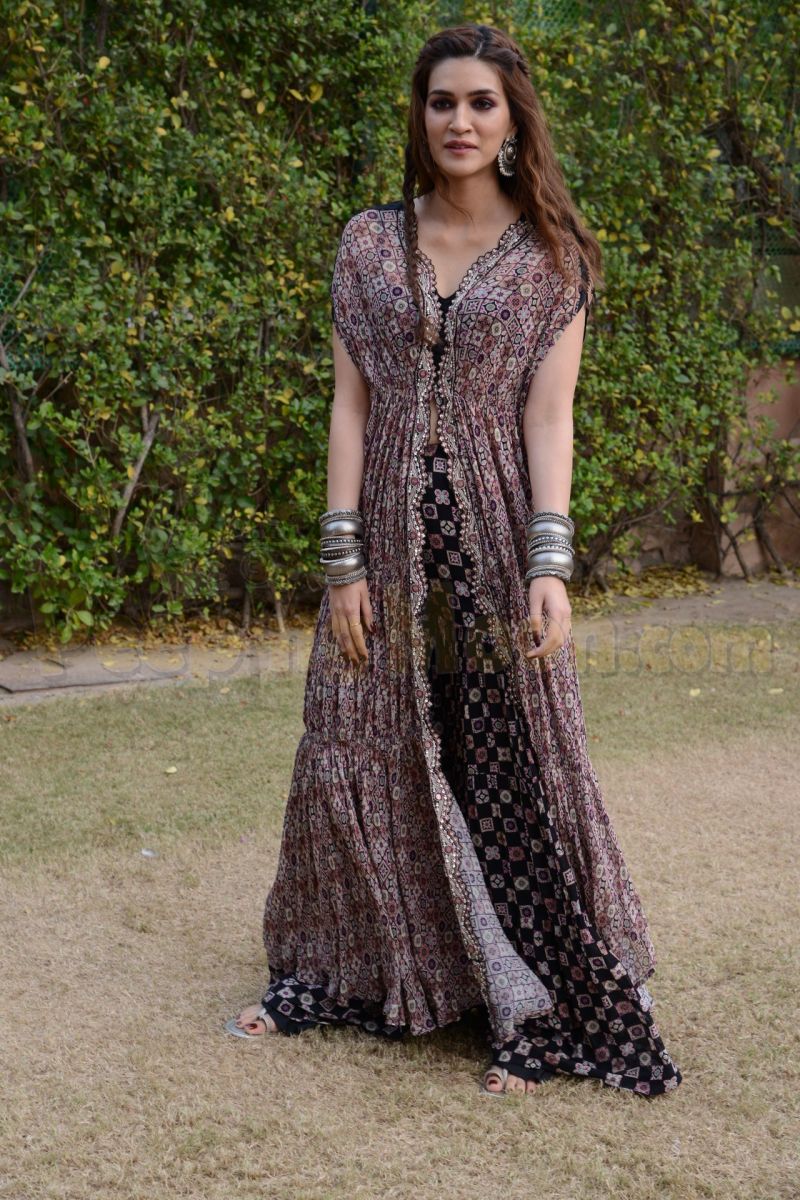 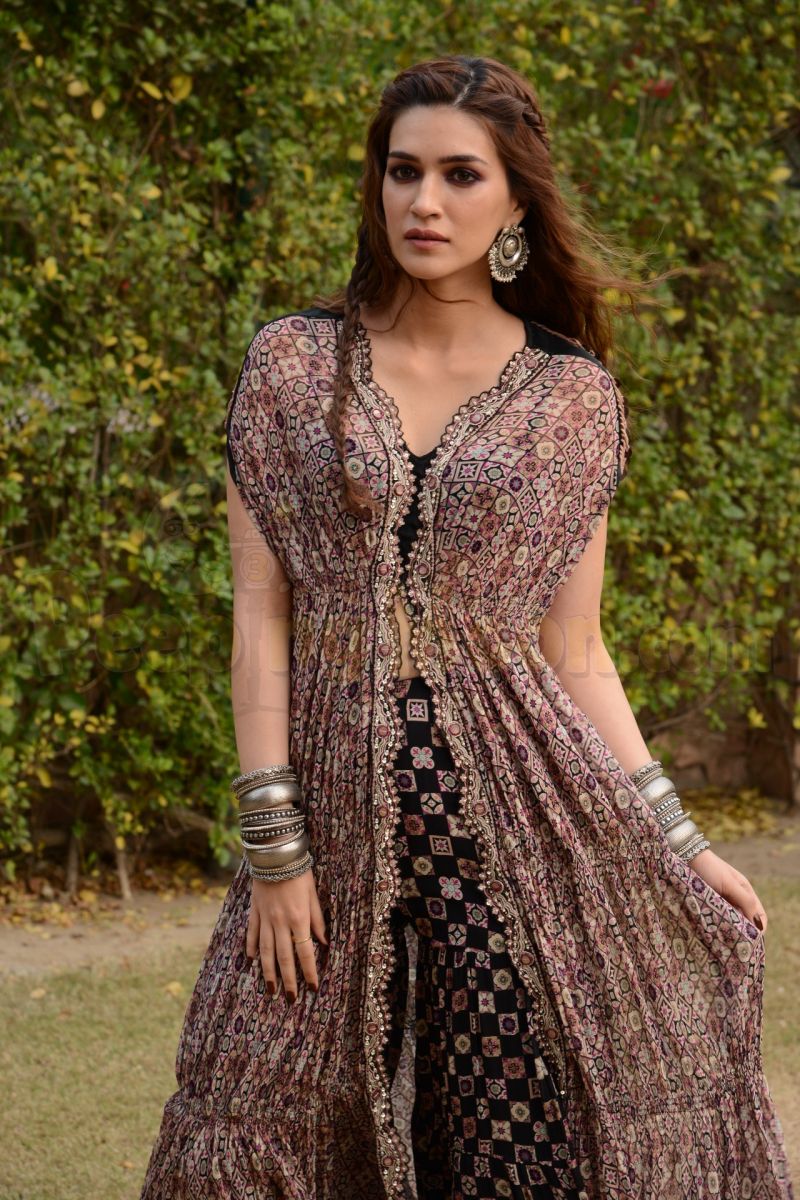 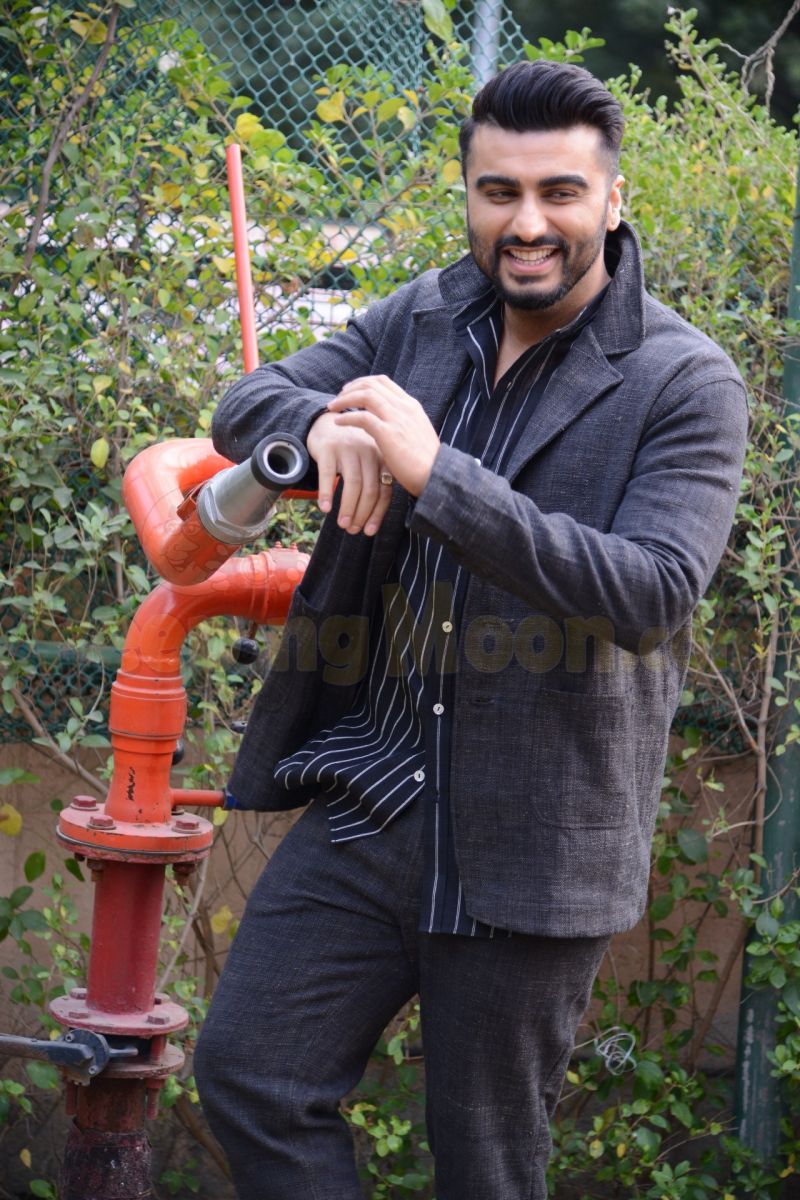 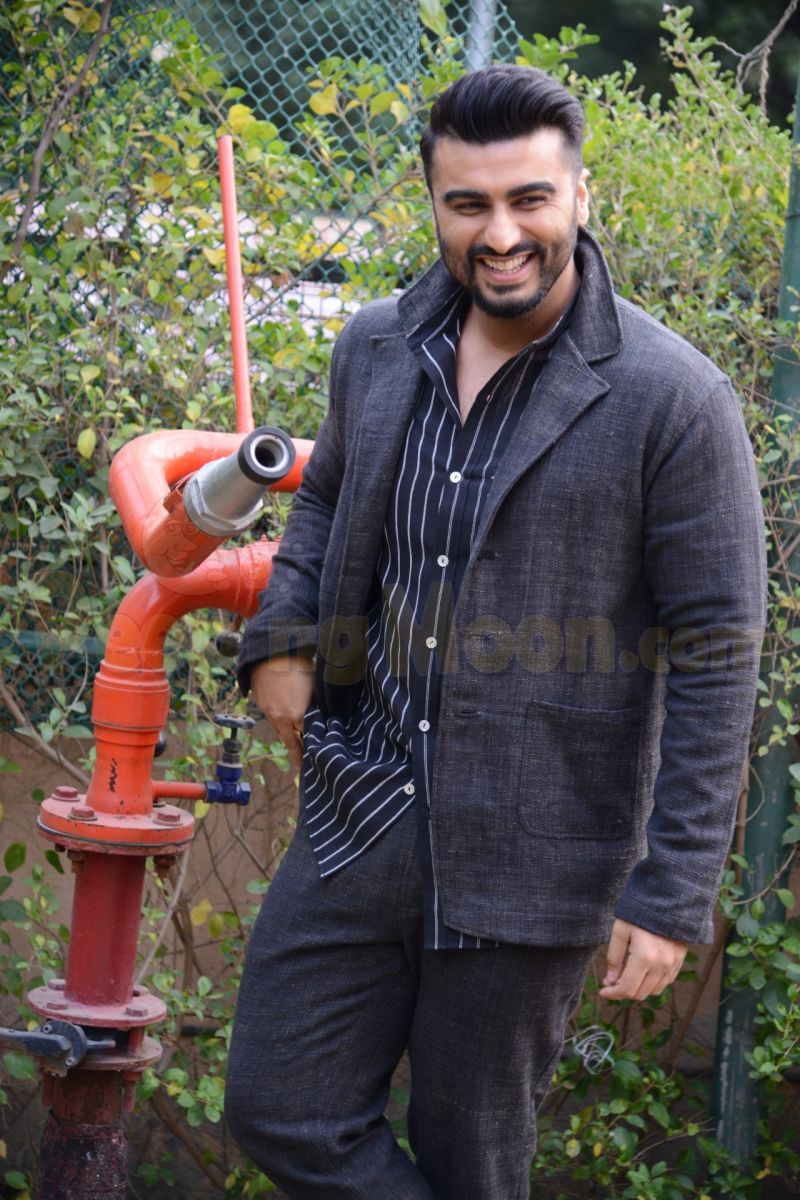 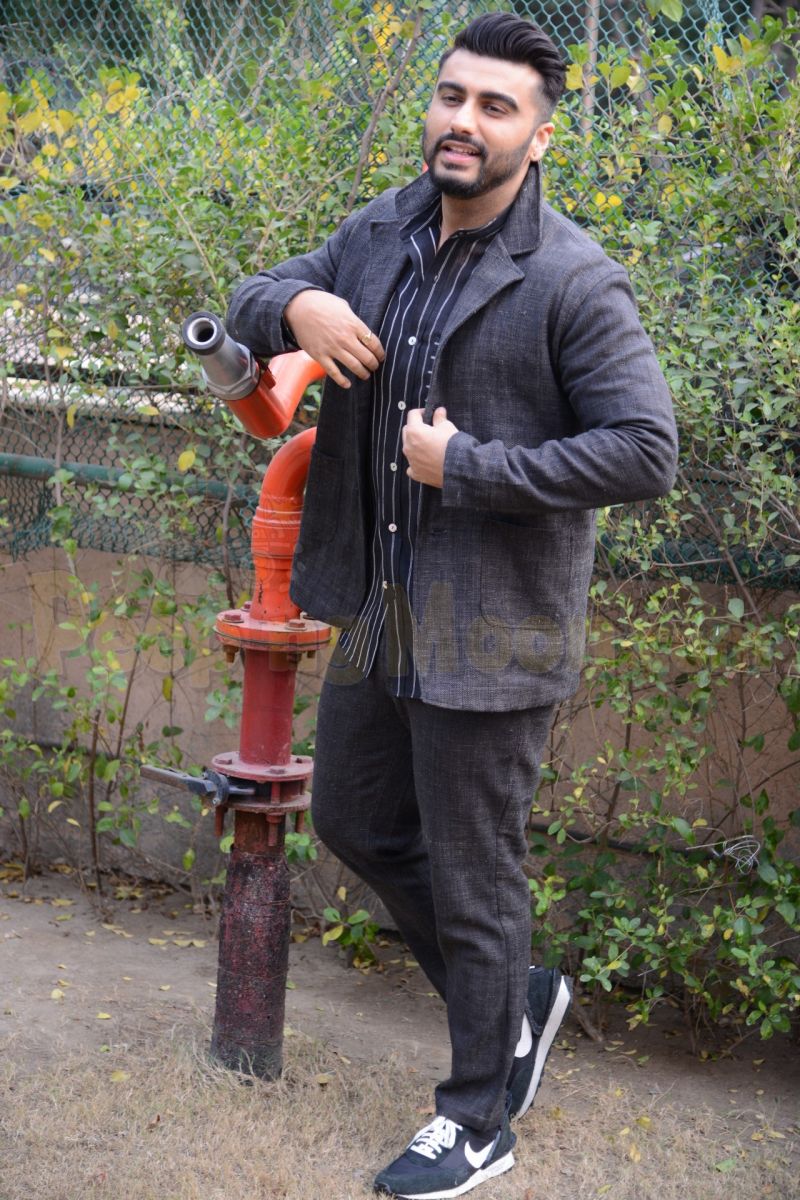 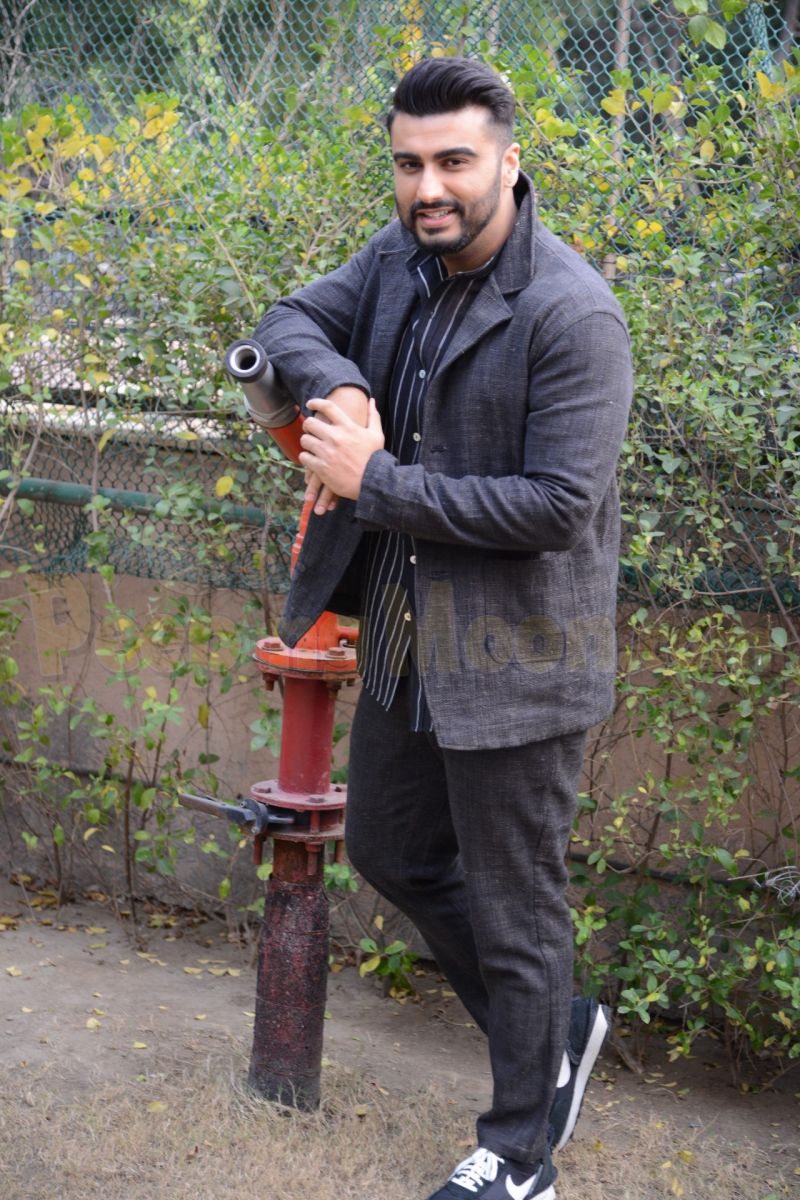 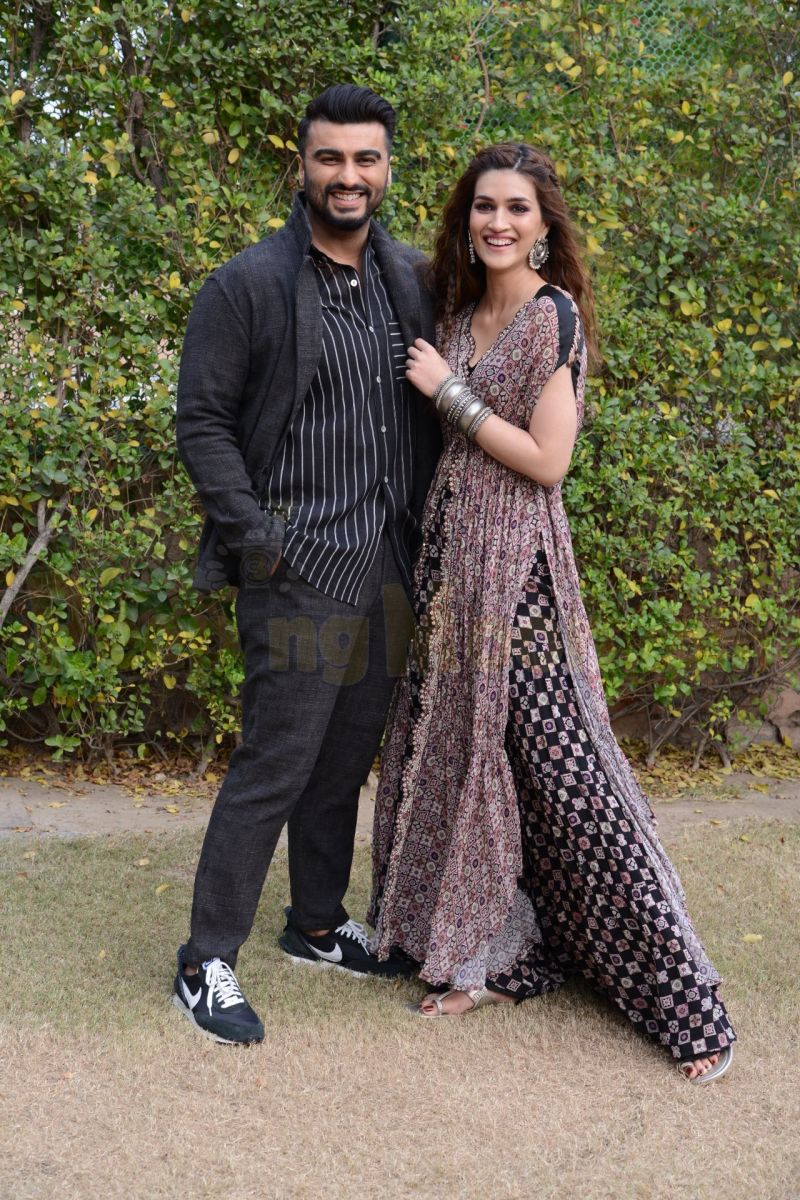 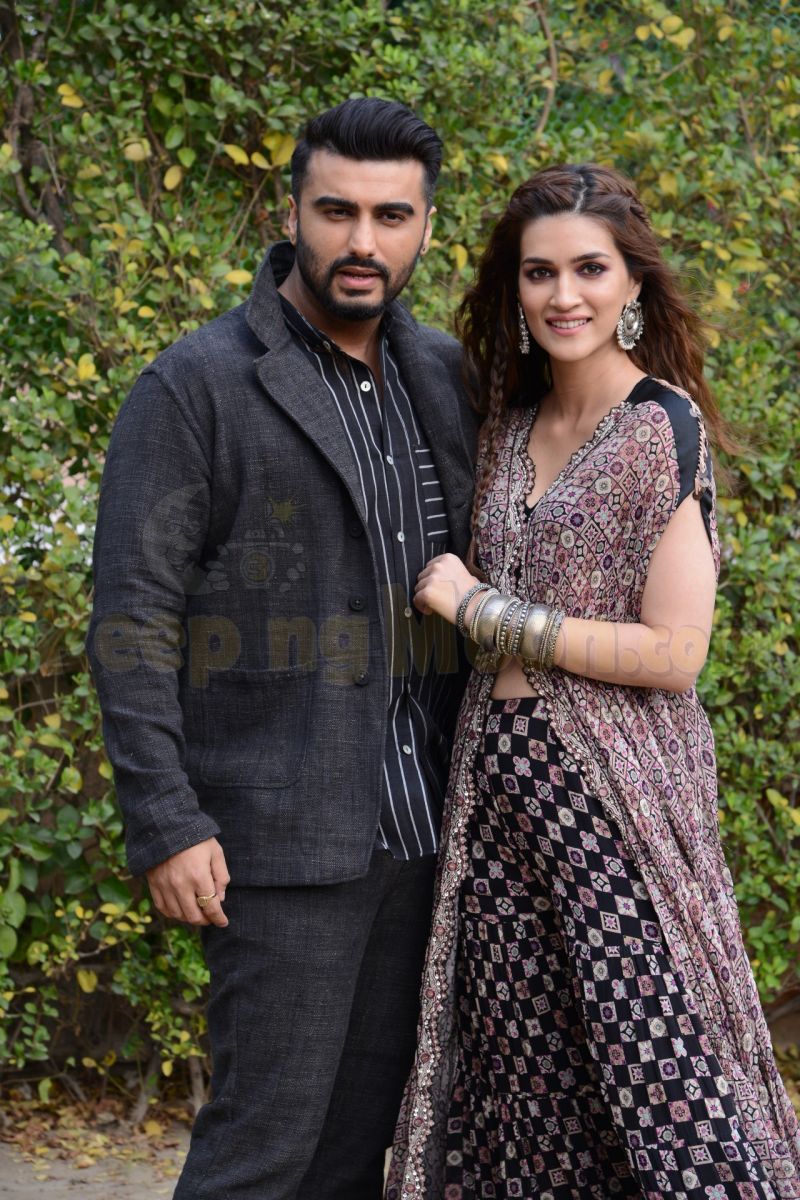 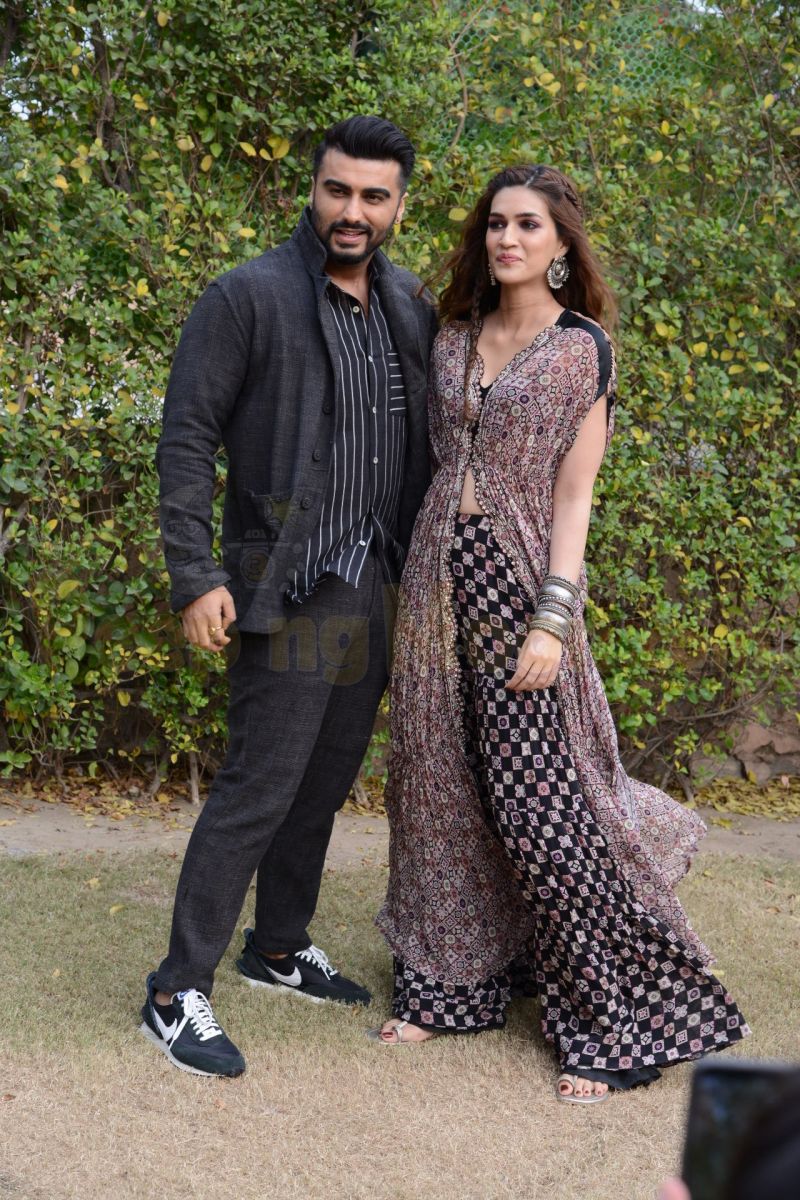 Recommended Read: Karan Johar and Kangana Ranaut return back to the city; Arjun Kapoor-Kriti Sanon jet off for 'Panipat' promotions

Directed by Ashutosh, Panipat is produced by Sunita Gowariker under their home banner AGPPL in association with Rohit Shelatkar's company – Vision World. The film stars Arjun as Sadashiv Rao while Kriti is his wife Parvatibai. Sanjay Dutt is the menacing Ahmad Shah Abdali. Apart from them, it features Padmini Kolhapure, Mohnish Bahl and Zeenat Aman in special roles. Panipat is scheduled to release on December 6, 2019.