Divya Khosla Kumar, who turned a year older recently, brought in the smashing success of her latest T-Series single Yaad Piya Ki Aane Lagi. It was a packed house, as all roads led to the success celebration of T-Series' latest song, Yaad Piya Ki Aane Lagi which has already become the song of the year. Present at the event were Bhushan Kumar, Divya and Neha Kakkar among others. The recreation of Falguni Pathak's iconic song has taken the internet by storm by making its way to every locker room, college campus, clubs and ruling airwaves thereby crossing 30 million views on YouTube.

Divya, who couldn't contain her excitement at the success bash, said, "I was cast in a Falguni Pathak video which was the first big break for me. And again I've done a video of a Falguni Pathak song. I want to thank Falguni for being so generous. I'm thankful for all the positive wishes she has given. She has supported the decision of recreating her song, for the new generation who was unknown to the melody. I'm very happy with the response the video has received." 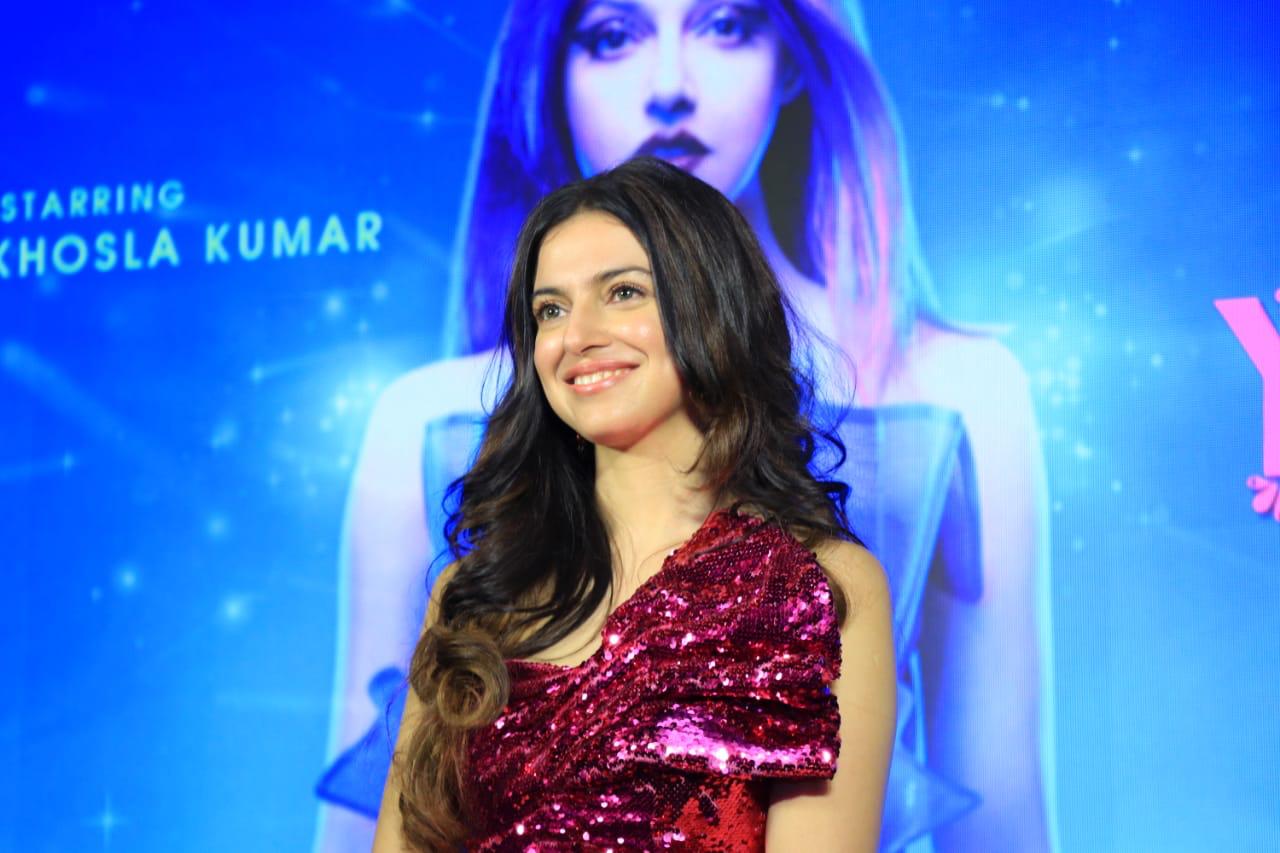 Proud husband Bhushan said, "We launched this song 3-4 days back and it has more than 30 million views. Today, many people criticize the trend of song recreation. Lalit (Sen) praised the re-composition. He's the best judge, and if he's appreciating it, then it means that we have done a good job. So people who are criticizing it should stop it because we have made the song for this generation. The original song released long time back and people enjoyed it at then as well. Now, we have revisited it and many people including the original composer Lalit Sen and Falguni are happy about the recreation. Many people have criticized it, but there is a large audience that we cater to. So I'm really happy with the kind of response the song has been receiving. I'm very thankful to my audience." 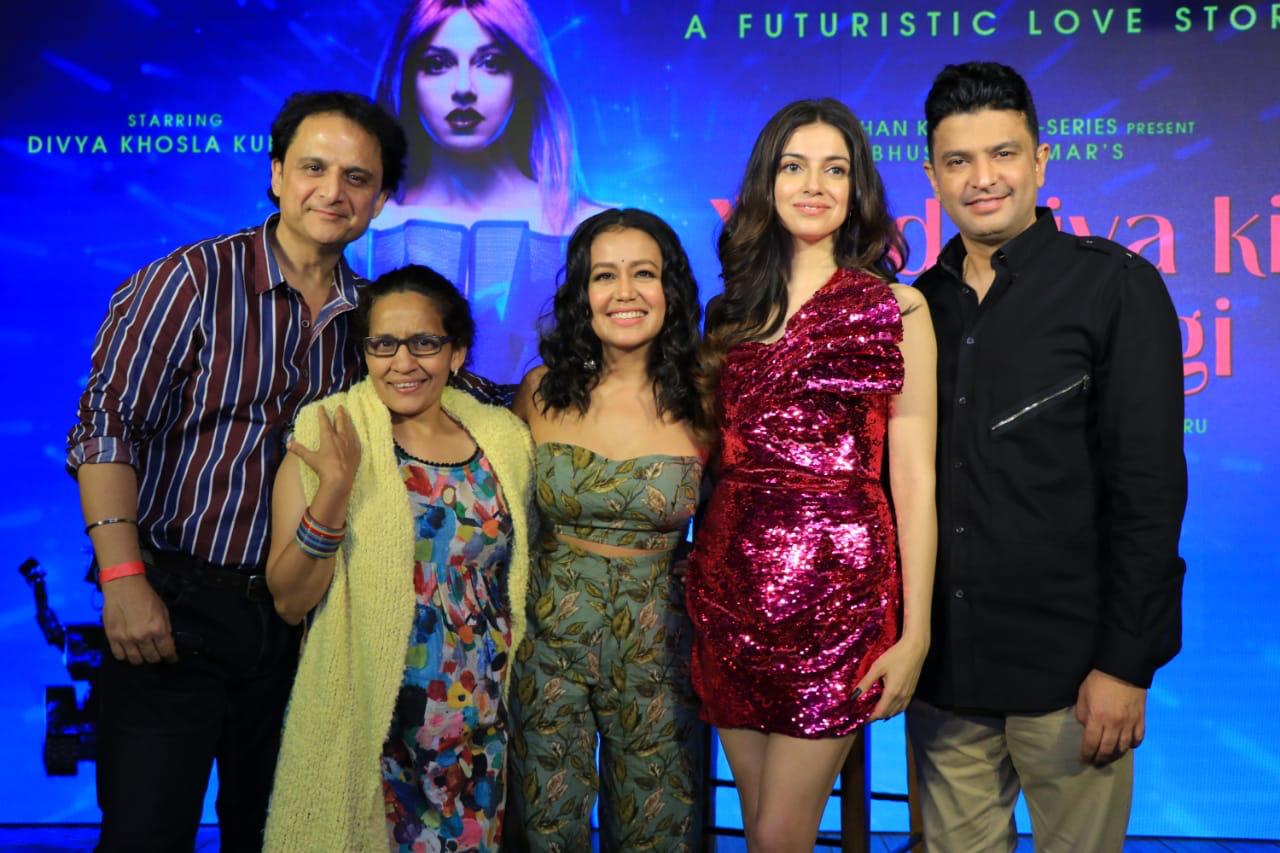 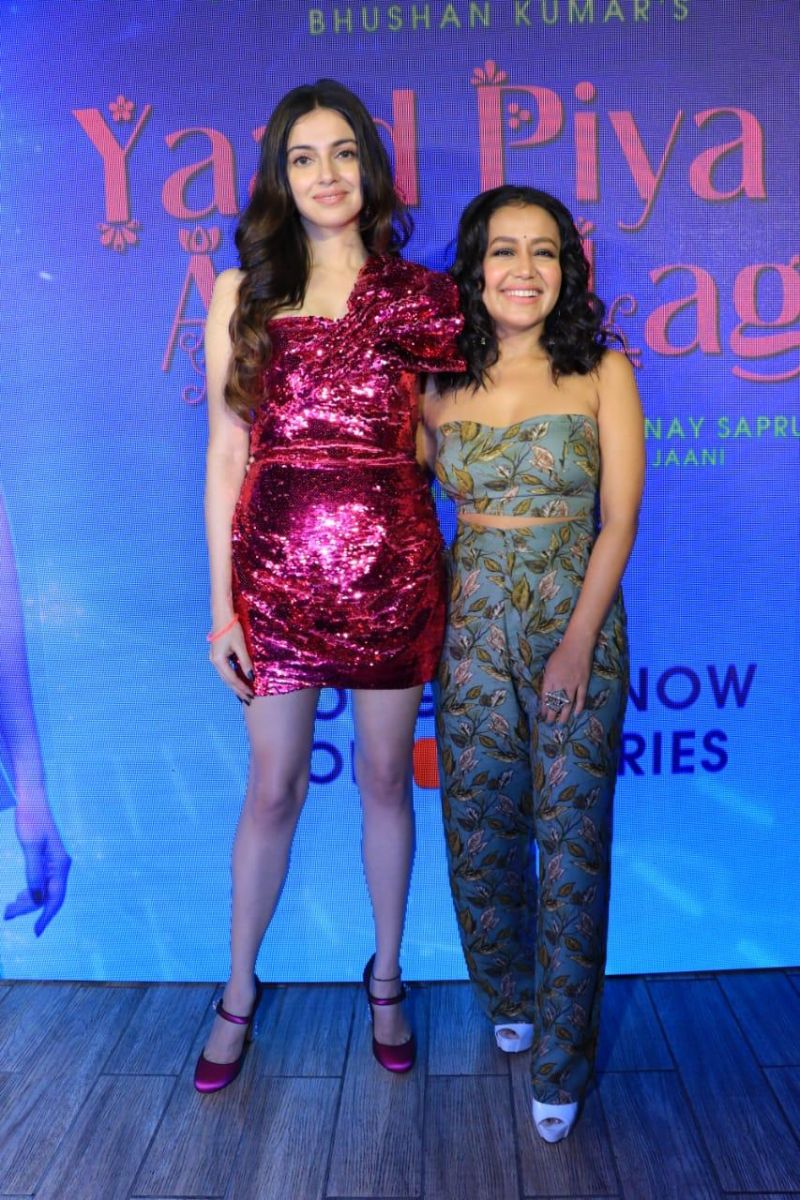 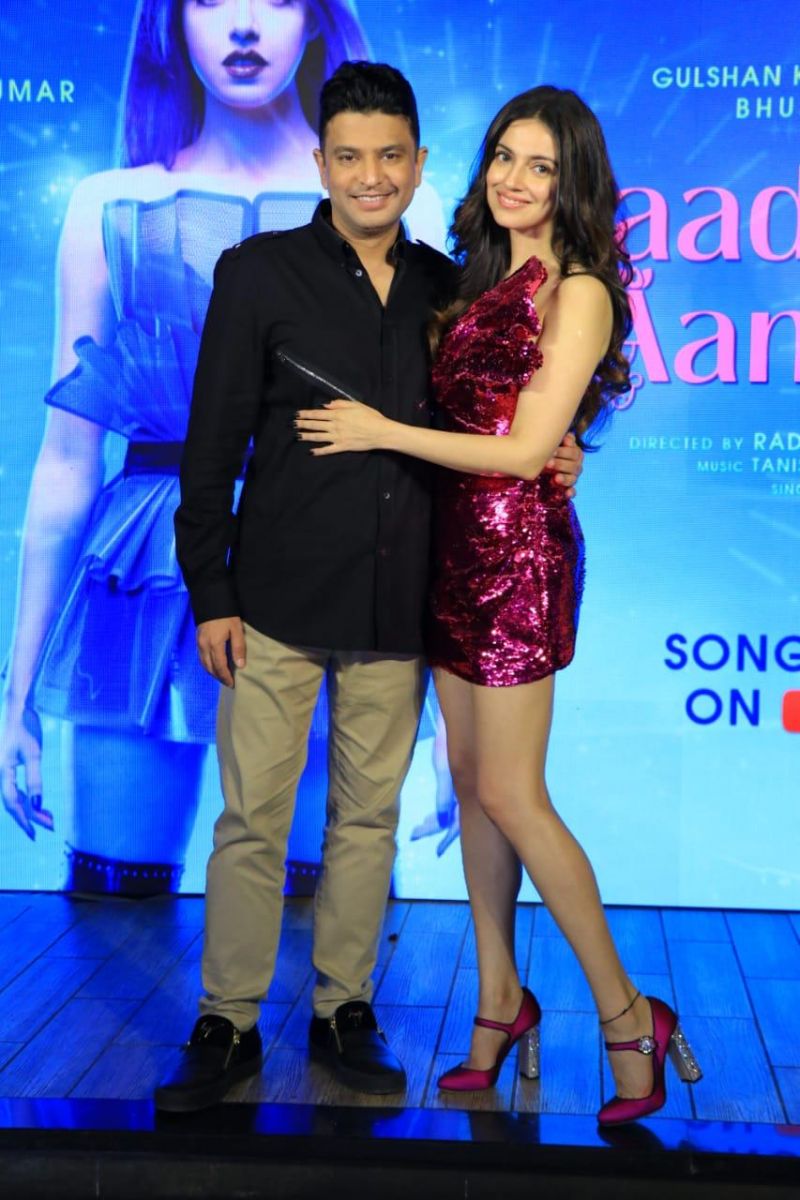 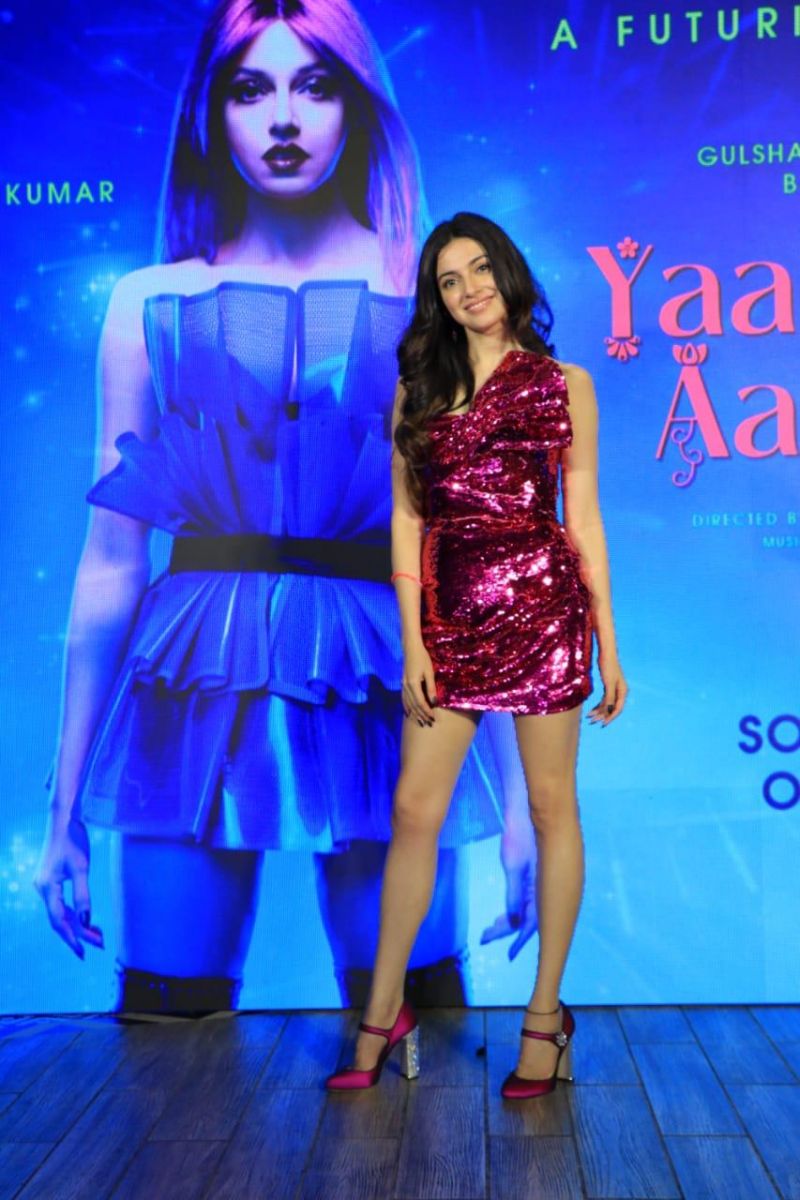 Recommended Read: Aishwarya Rai Bachchan attends an event with Aaradhya and mother Vrinda Rai before celebrating her late father's birthday at an eatery with Abhishek Bachchan

On the other hand, Taapsee Pannu and Bhumi Pednekar celebrated the success of their recently released film Saand Ki Aankh in the city on Wednesday night. Bhumi, who was in Delhi to launch Ankhiyon Se Goli Mare song from Pati, Patni Aur Woh jetted back to be a part of the bash. The actress, for the event, opted for a red outfit while Taapsee looked stunning in a shimmery outfit. Posing for the cameras happily, Taapsee and Bhumi seemed elated. 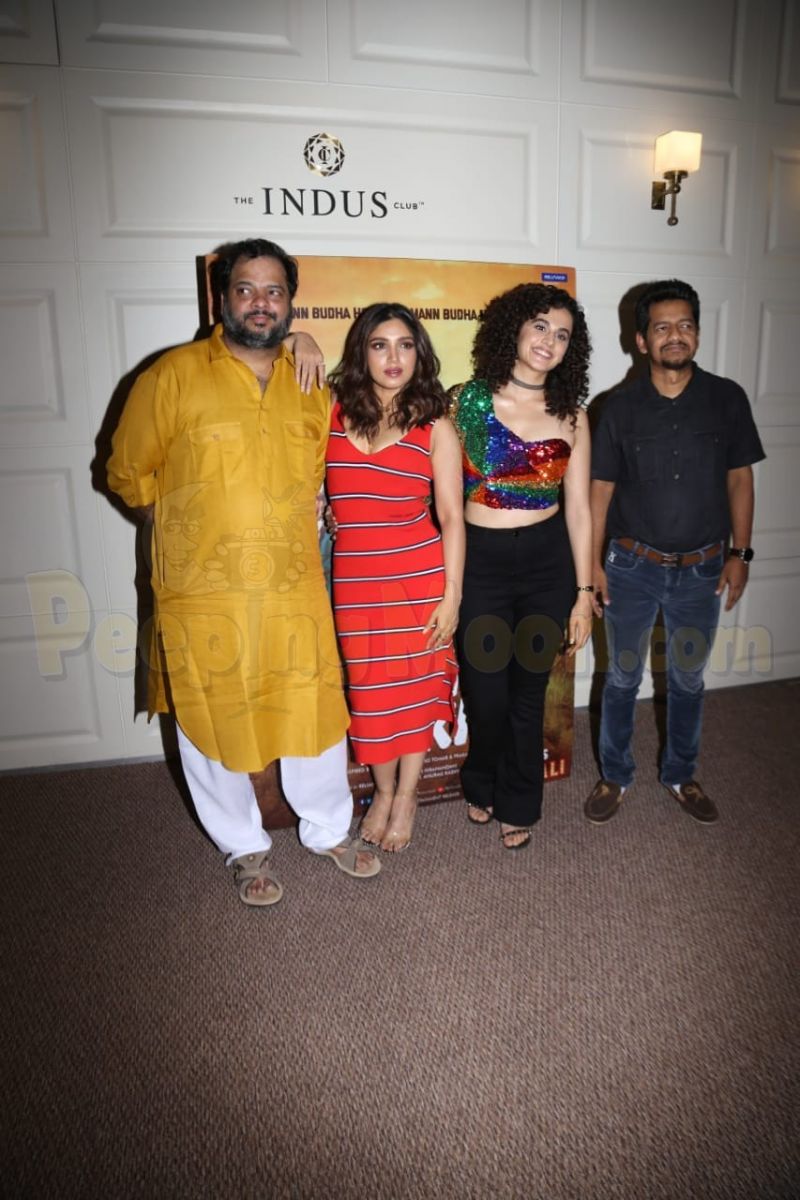 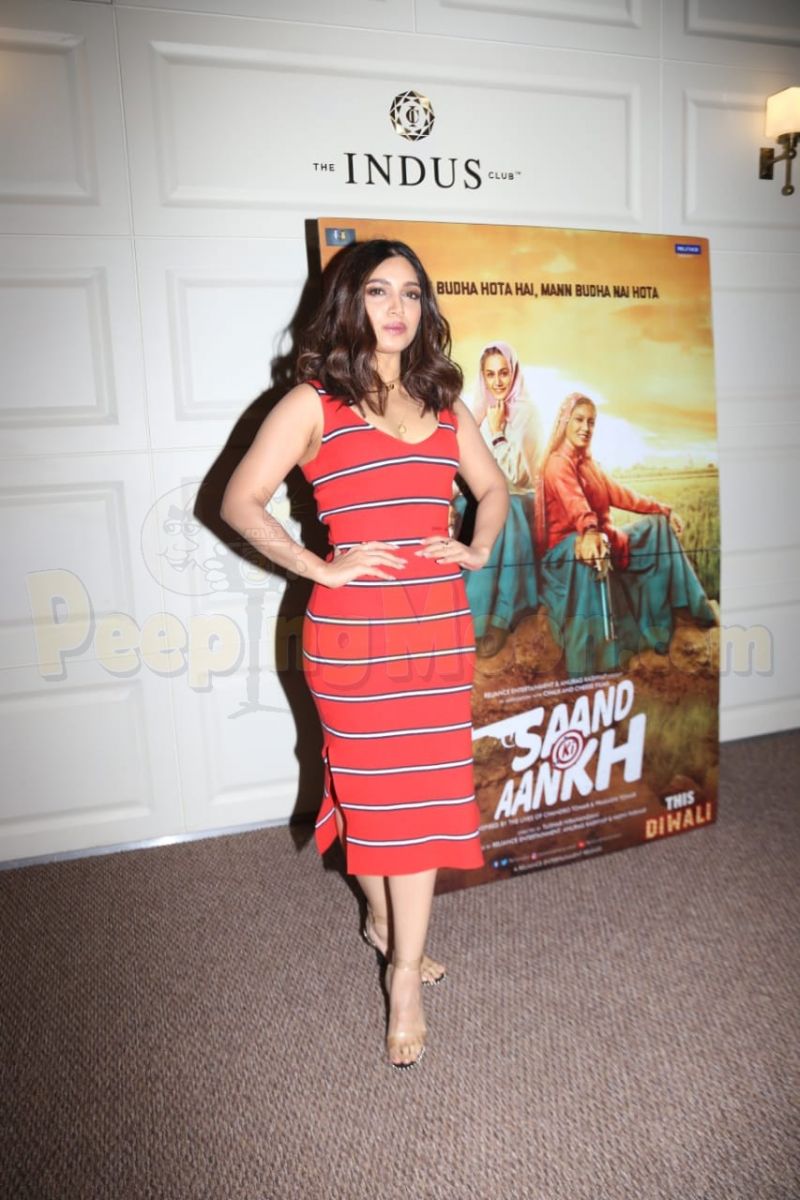 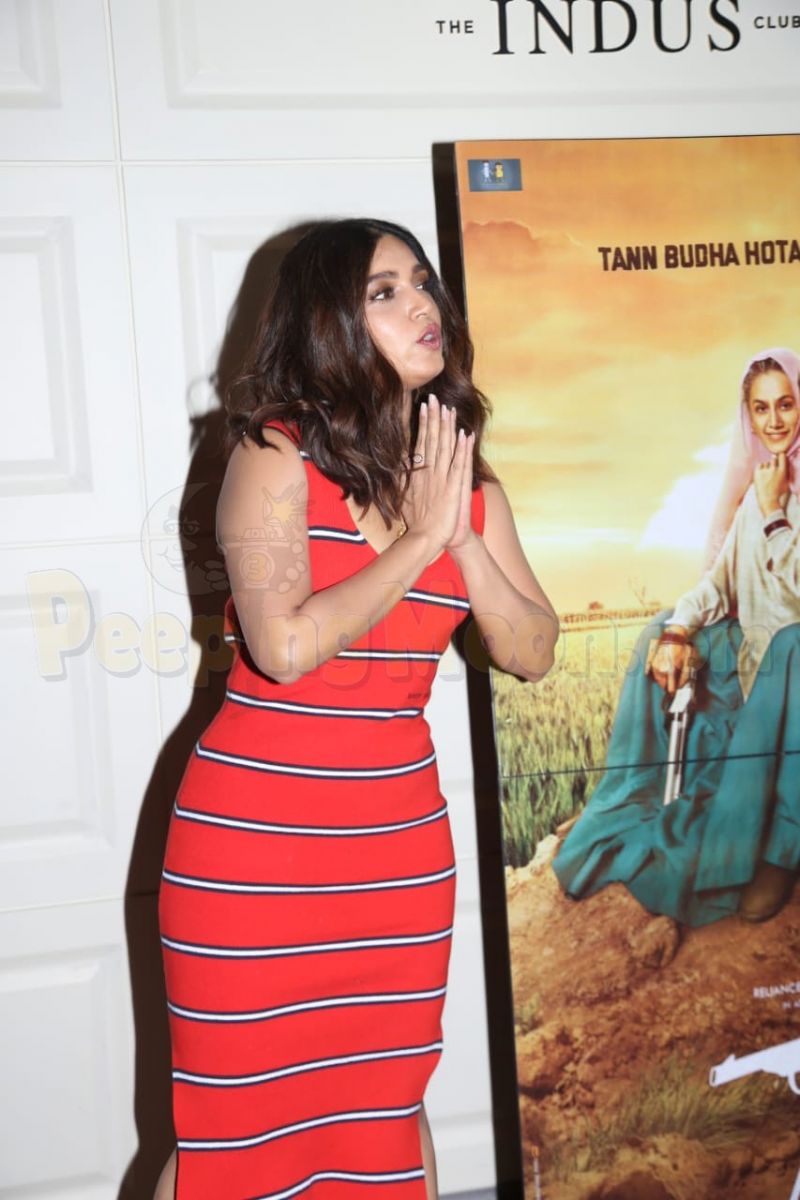 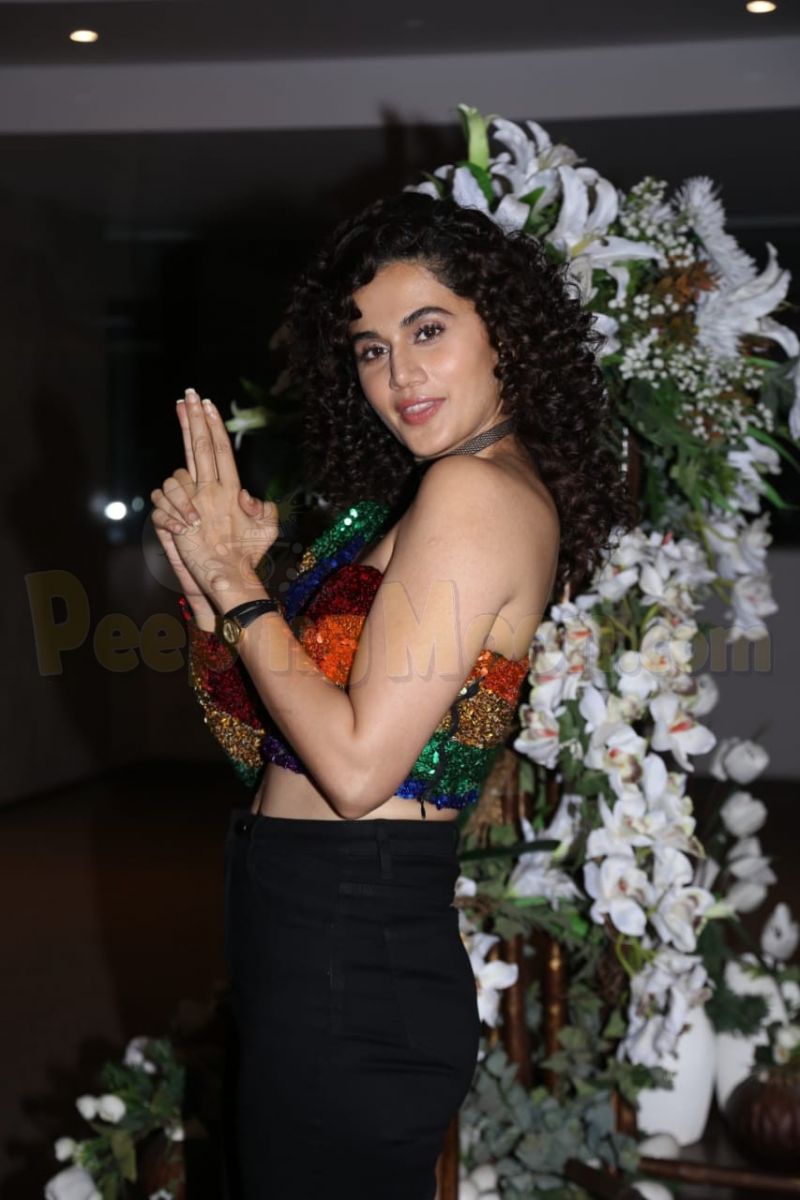 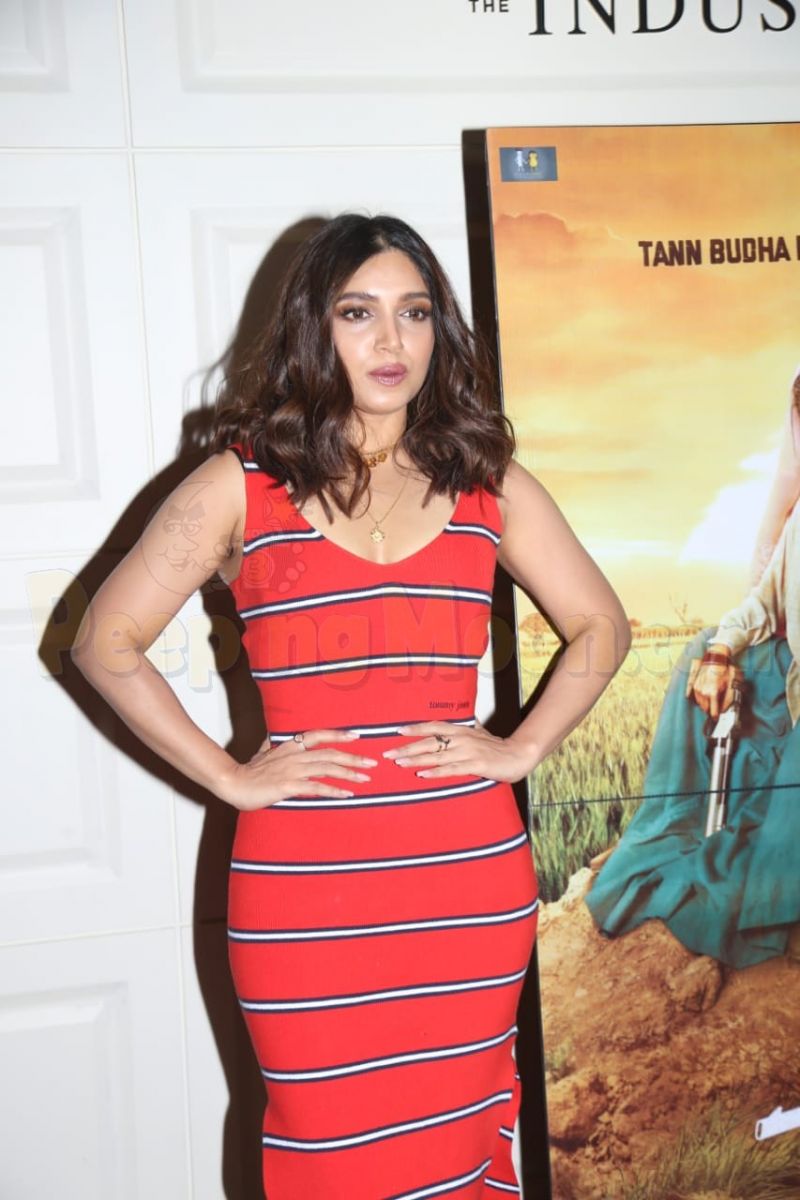 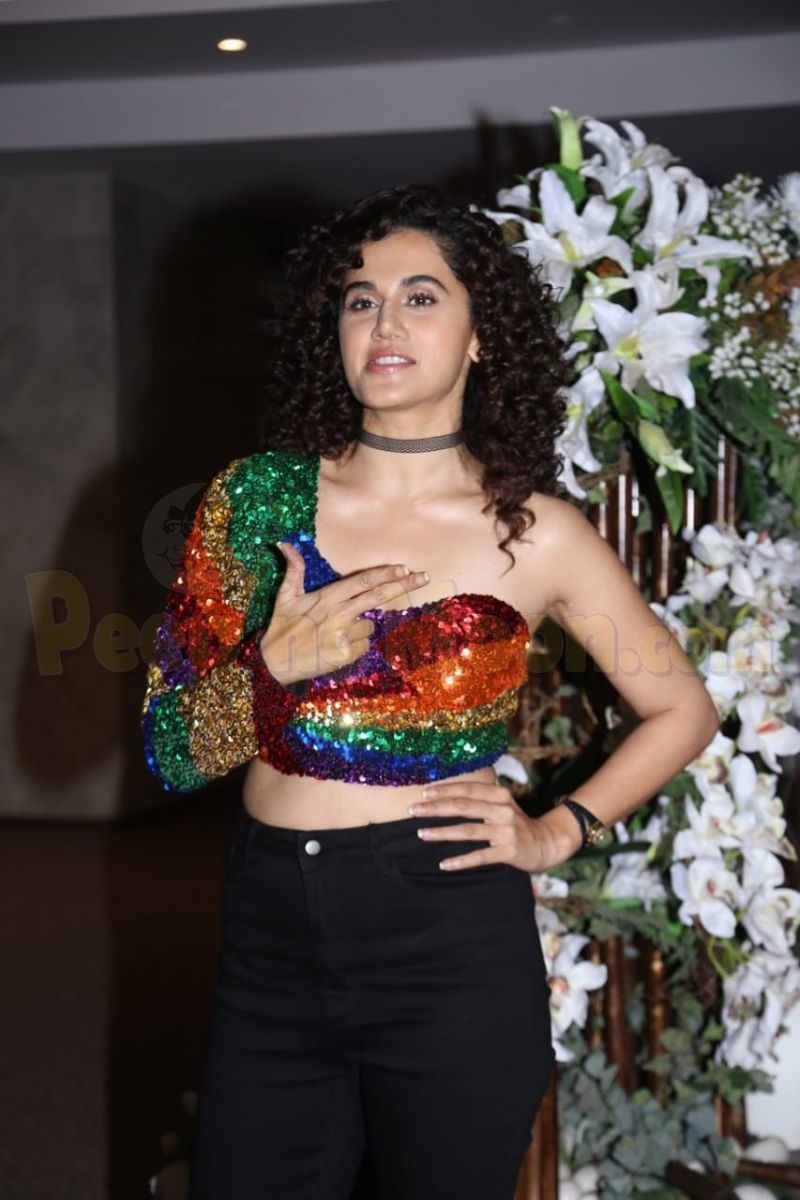 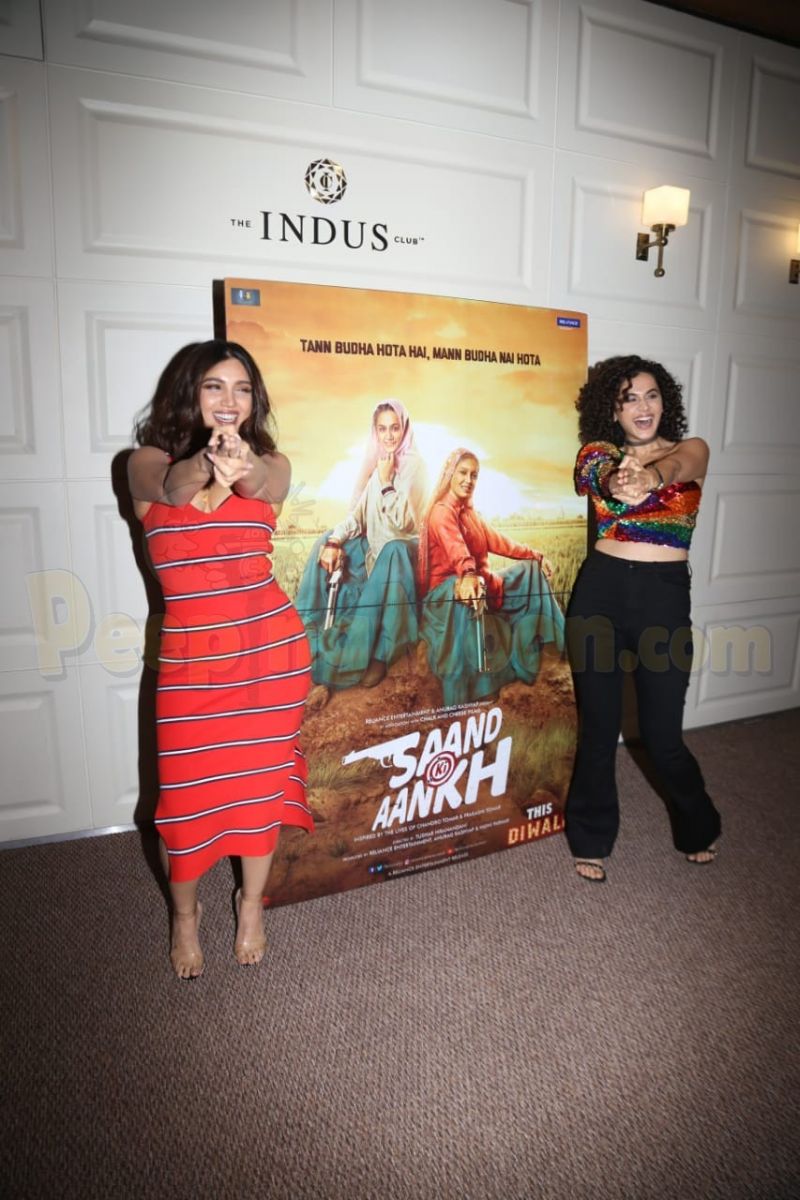 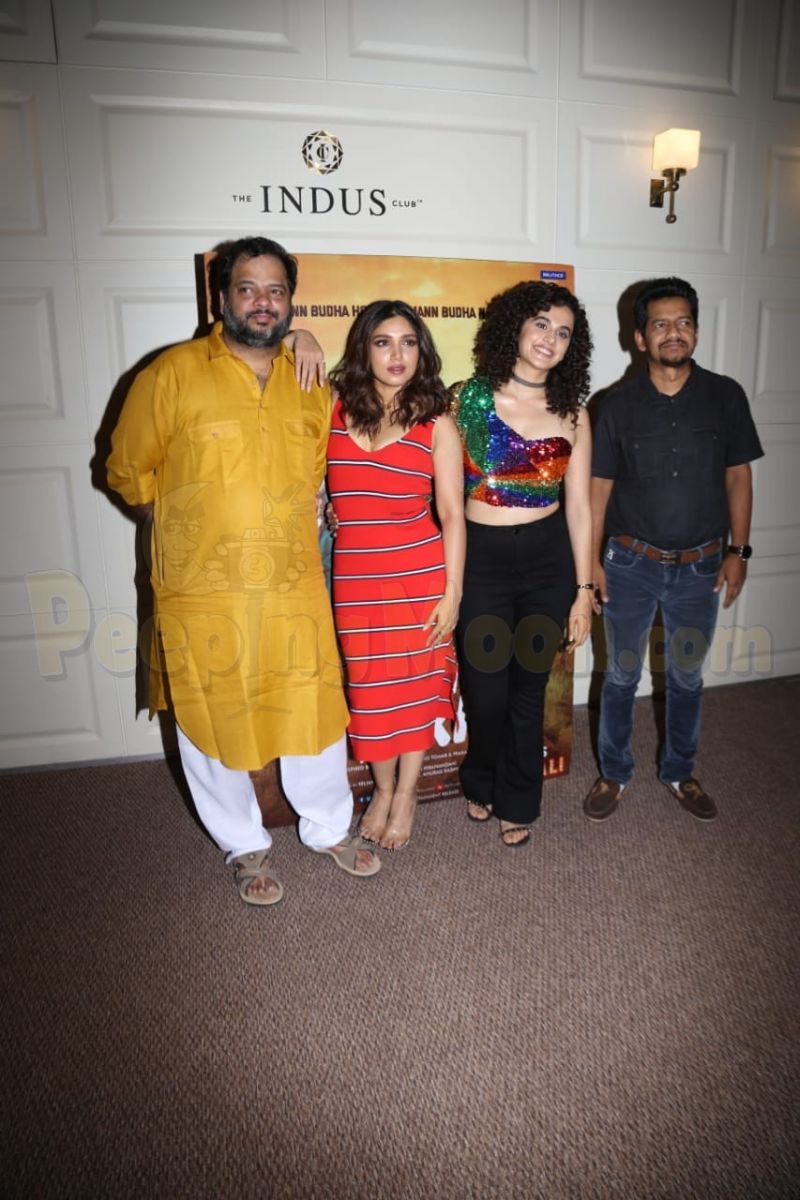 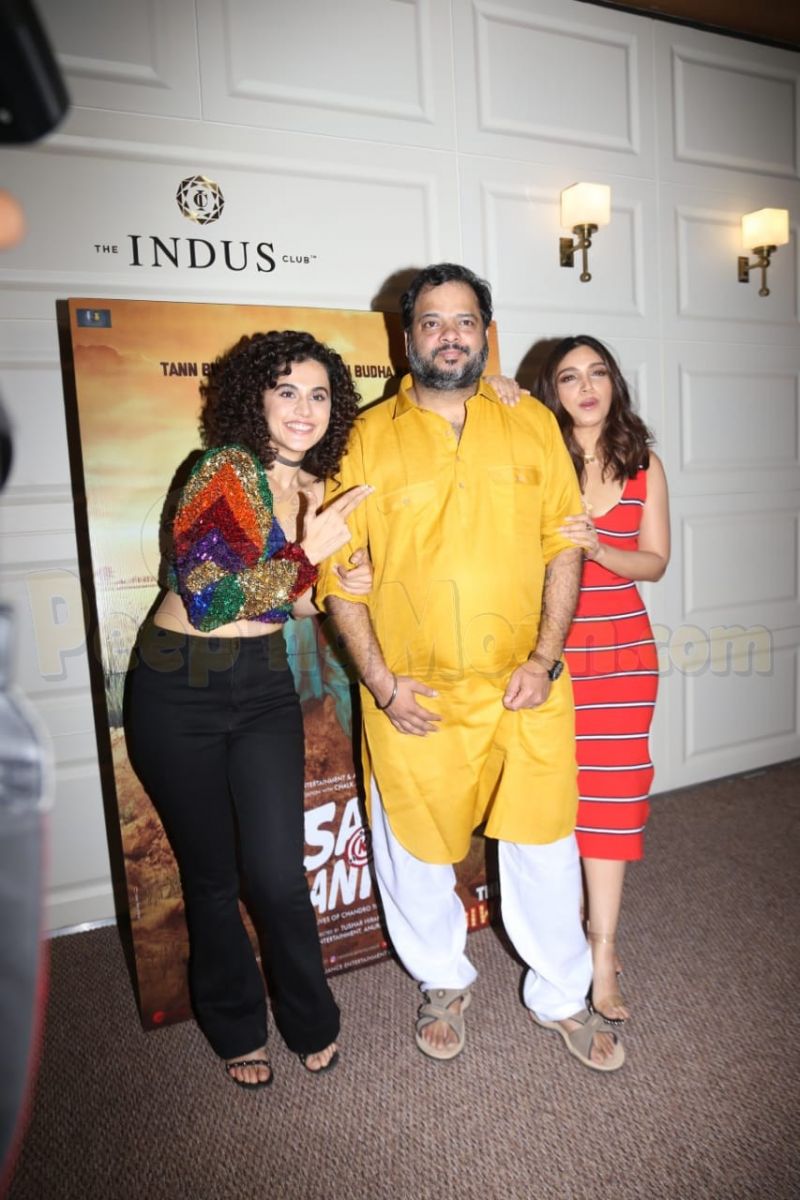 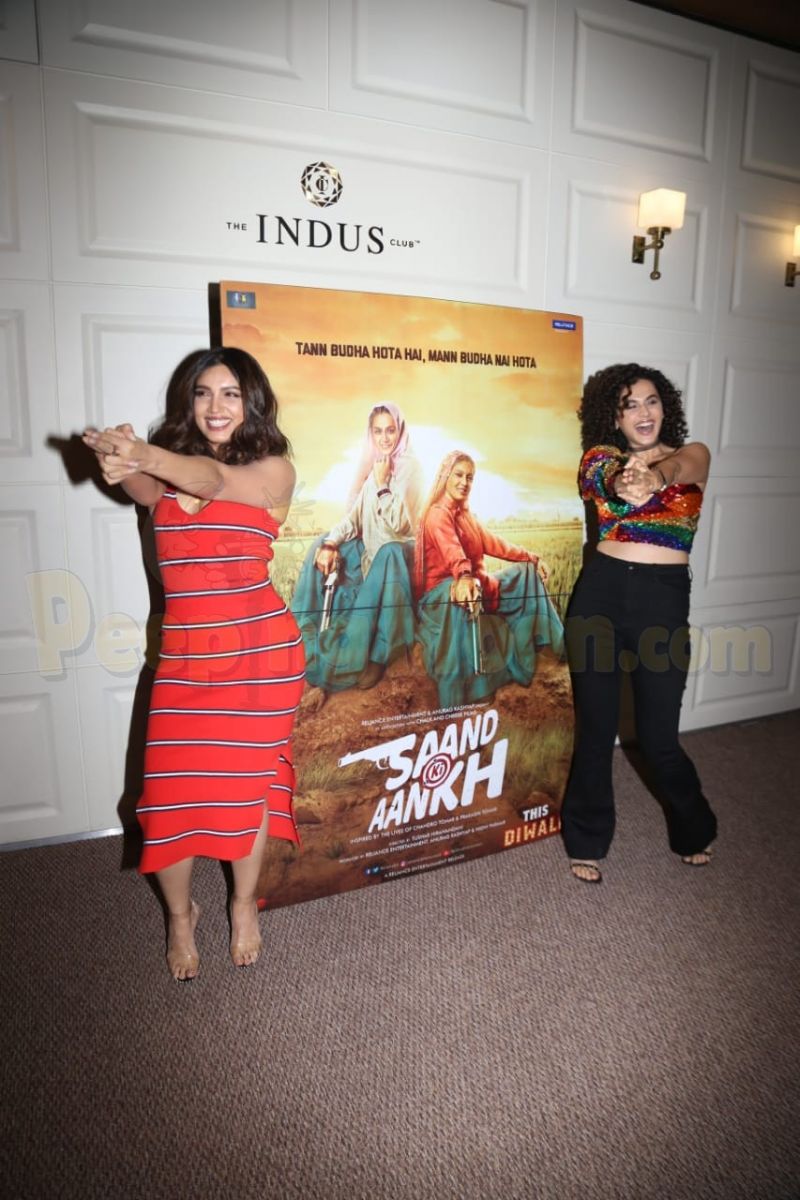 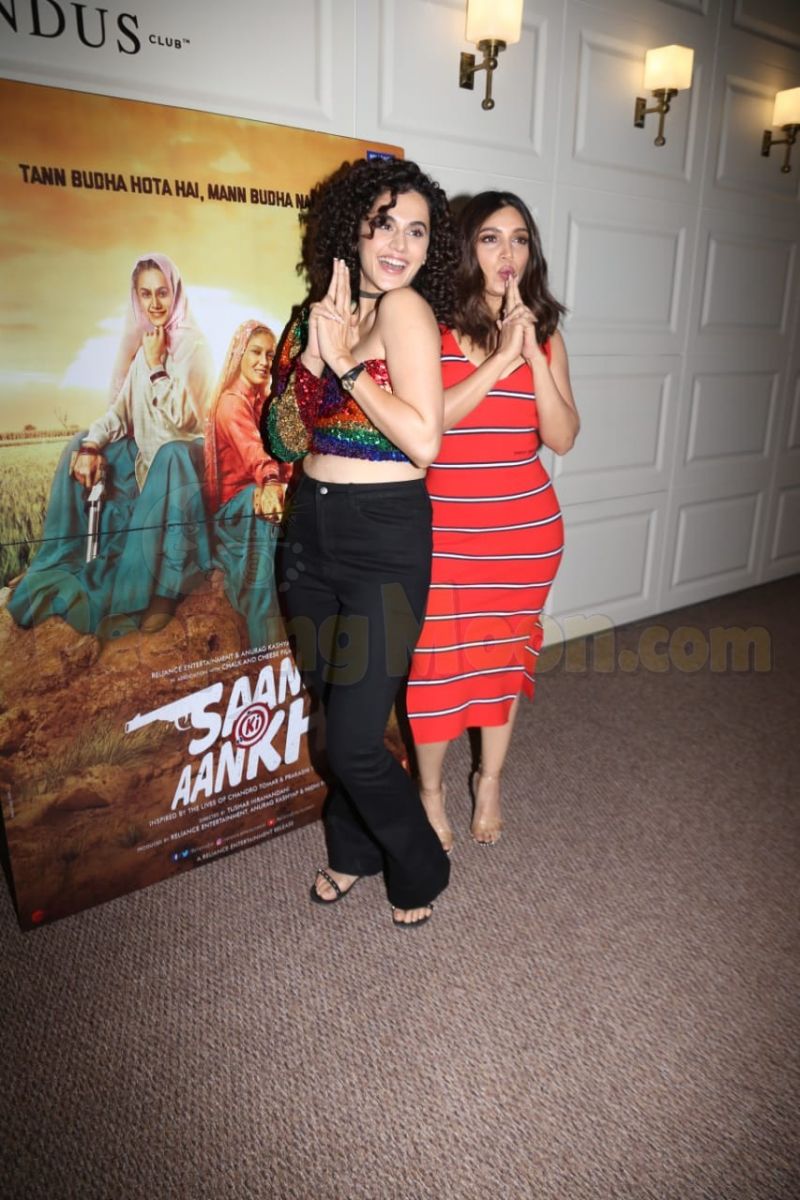 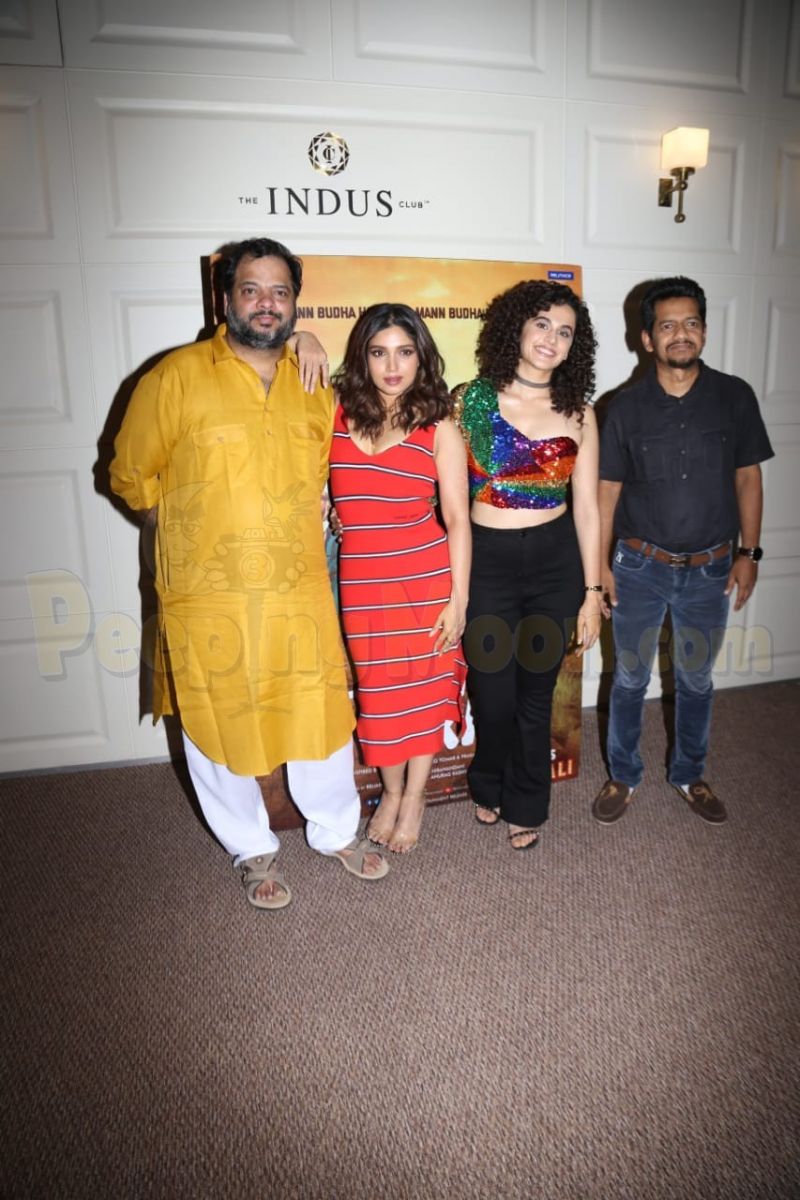 I saved my marriage: Poonam Pandey talks about reconciliation with husband Sam Bombay after filing domestic violence case against him last year

Arjun Kapoor calls sister Anshula the ‘ace up his sleeve’ as he gets her initials inked; Janhvi Kapoor’s goofy video with her gang will make you go LOL

‘If love had a face, it would be yours,’ says Ananya Panday to mom Bhavna on her birthday; hubby Chunky and BFFs Seema Khan, Maheep, Neelam share warm wishes