Sriram Raghavan directed AndhaDhun proved to be a sure-shot winner at the awards this year. The thriller, not just received a commercial success but also bagged several accolades including the prestigious National Film Awards 2019. The film received not just one but three major honours namely Best Hindi Film, Best Adapted Screenplay and the lead actor Ayushmann Khurrana won Best Actor. Considering this massive win, the team came together to celebrate the achievement with a party. The bash was attended by Ayushmann, Sriram, Tabu, Anil Dhawan, Aparshakti Khurana and Sayani Gupta.

The men of the hour Ayushmann and Sriram seemed elated as they smiled for the cameras at the event. Ayushmann, in AndhaDhun, played the role of Akash, a pretended blind piano player, who sets out to expose the murder of Pramod Sinha, committed by his wife Simi. The two posed with Tabu for the cameras as well. 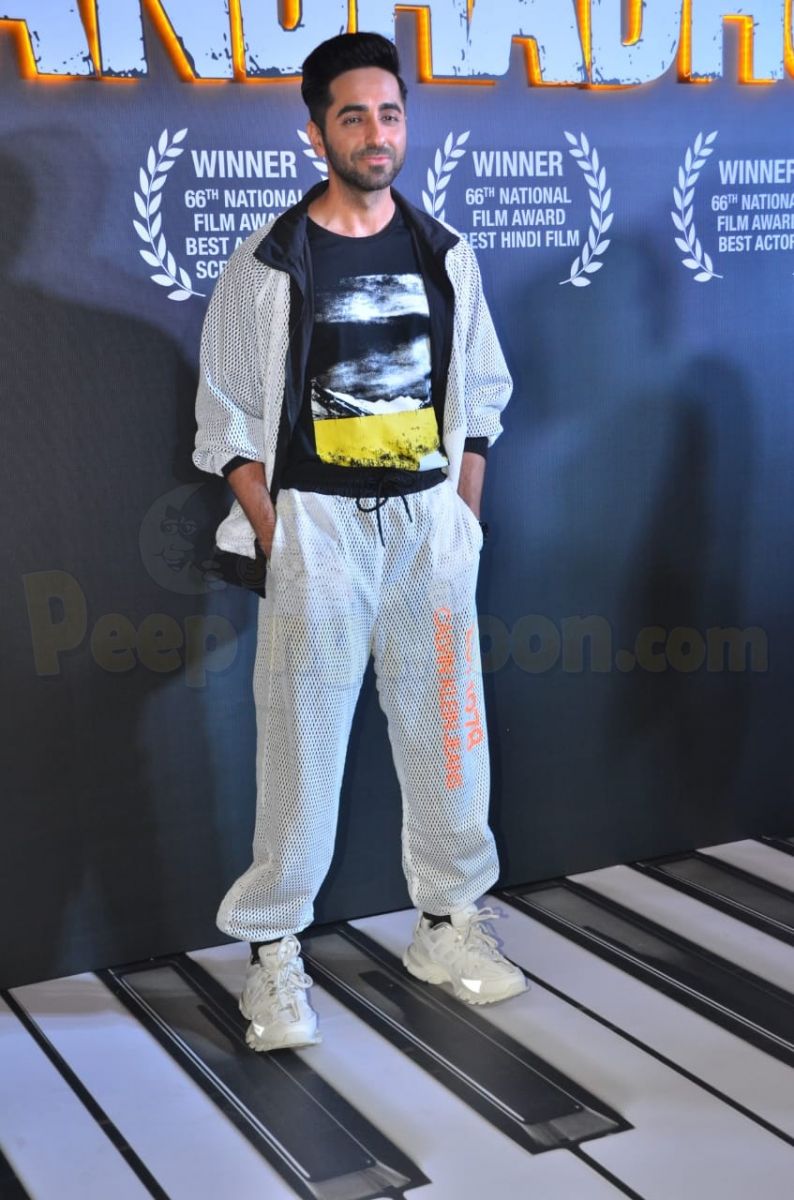 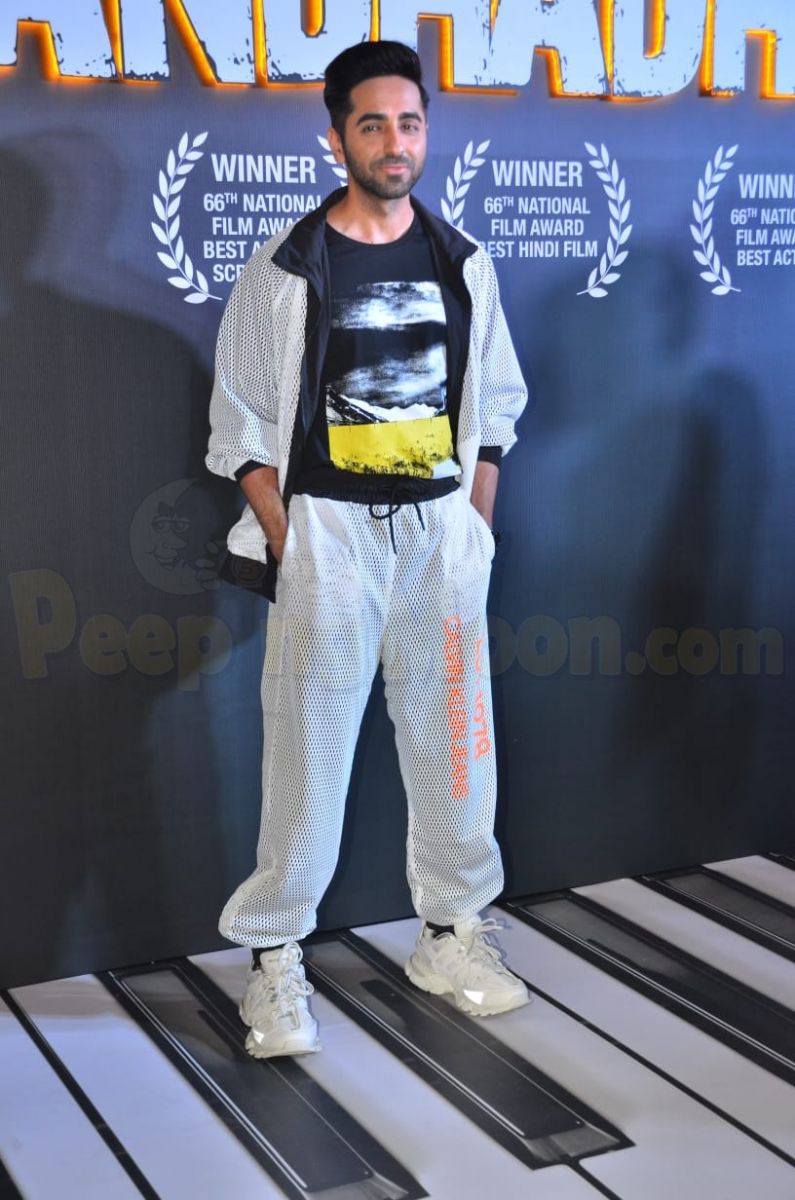 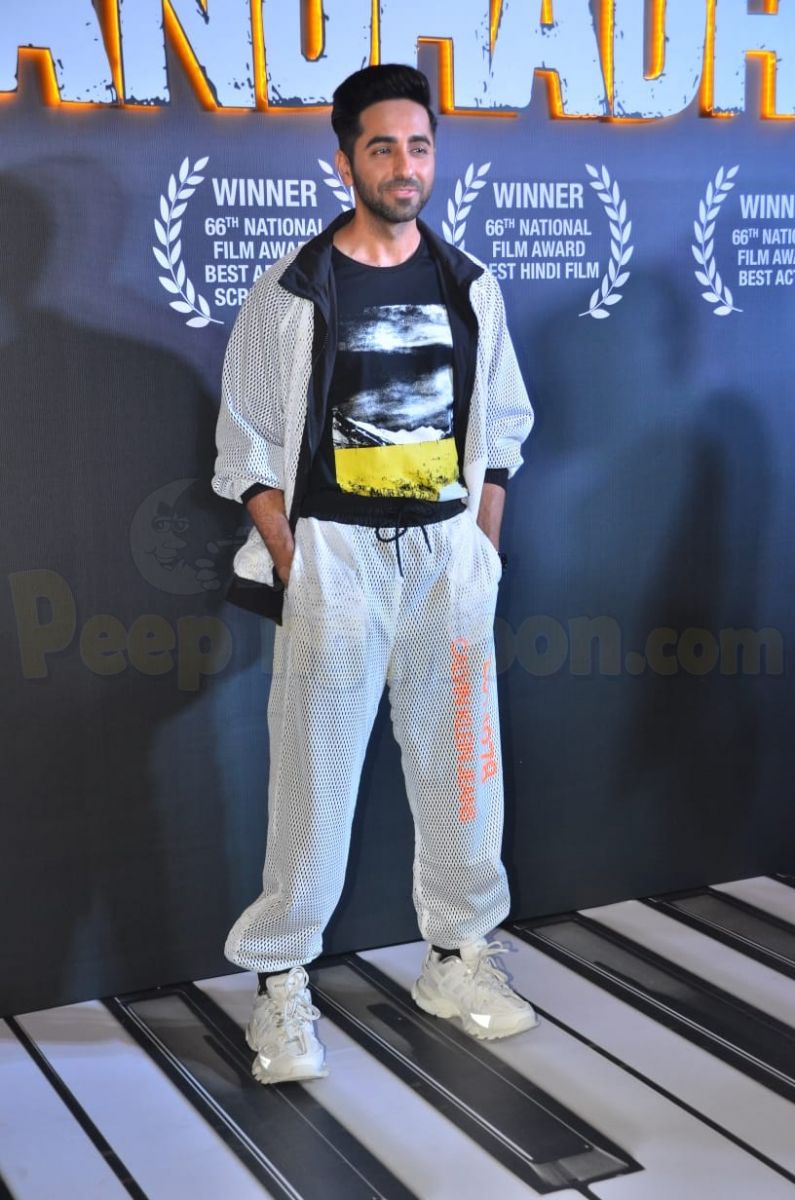 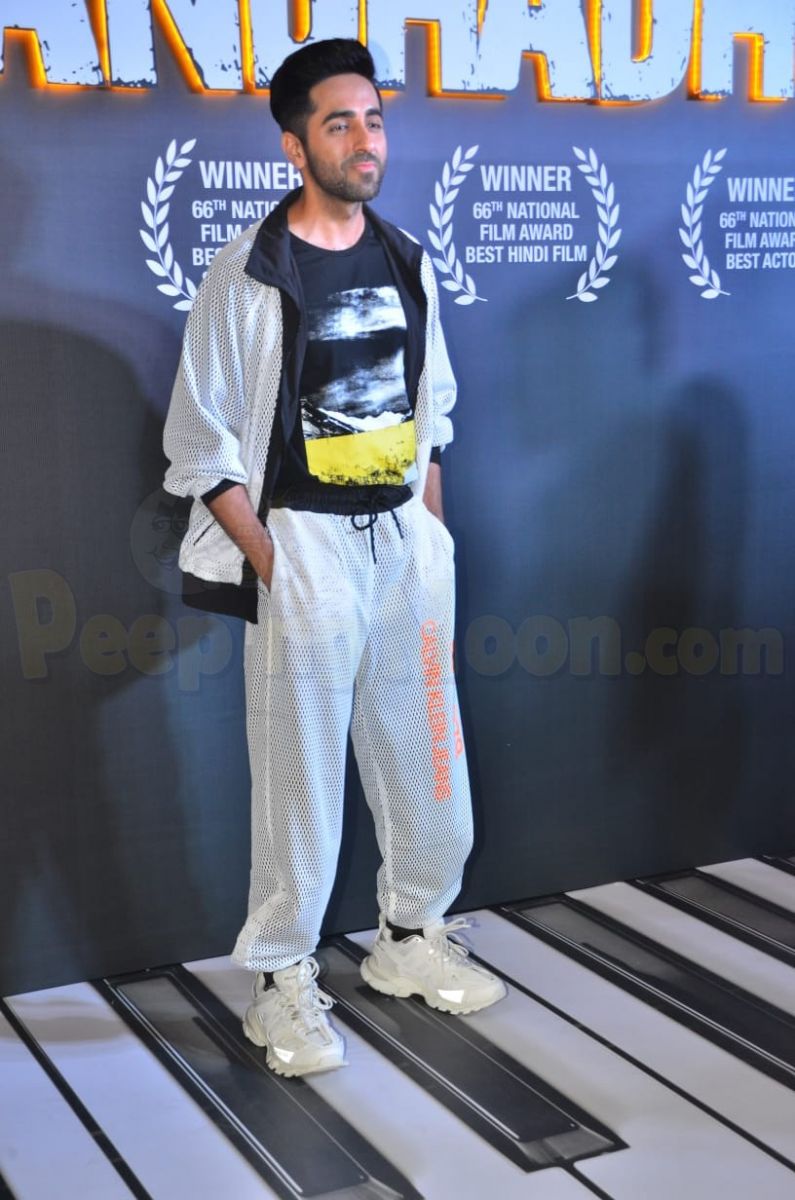 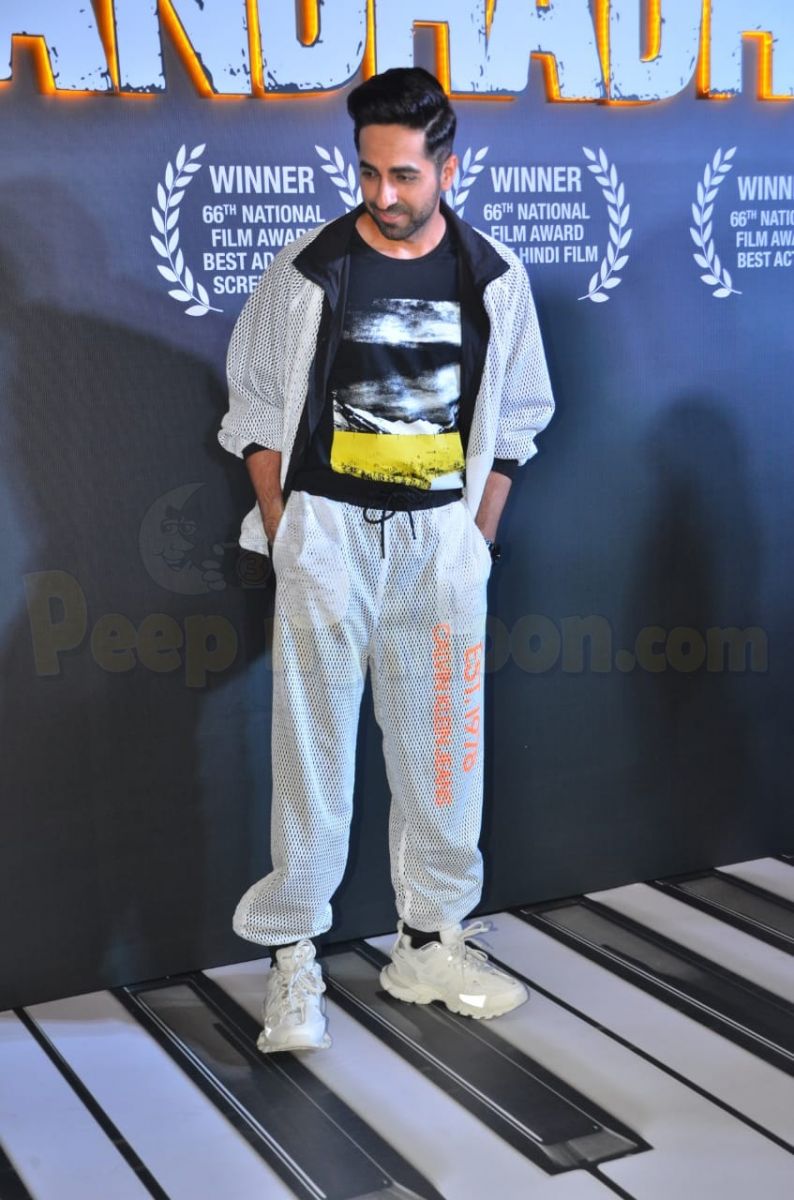 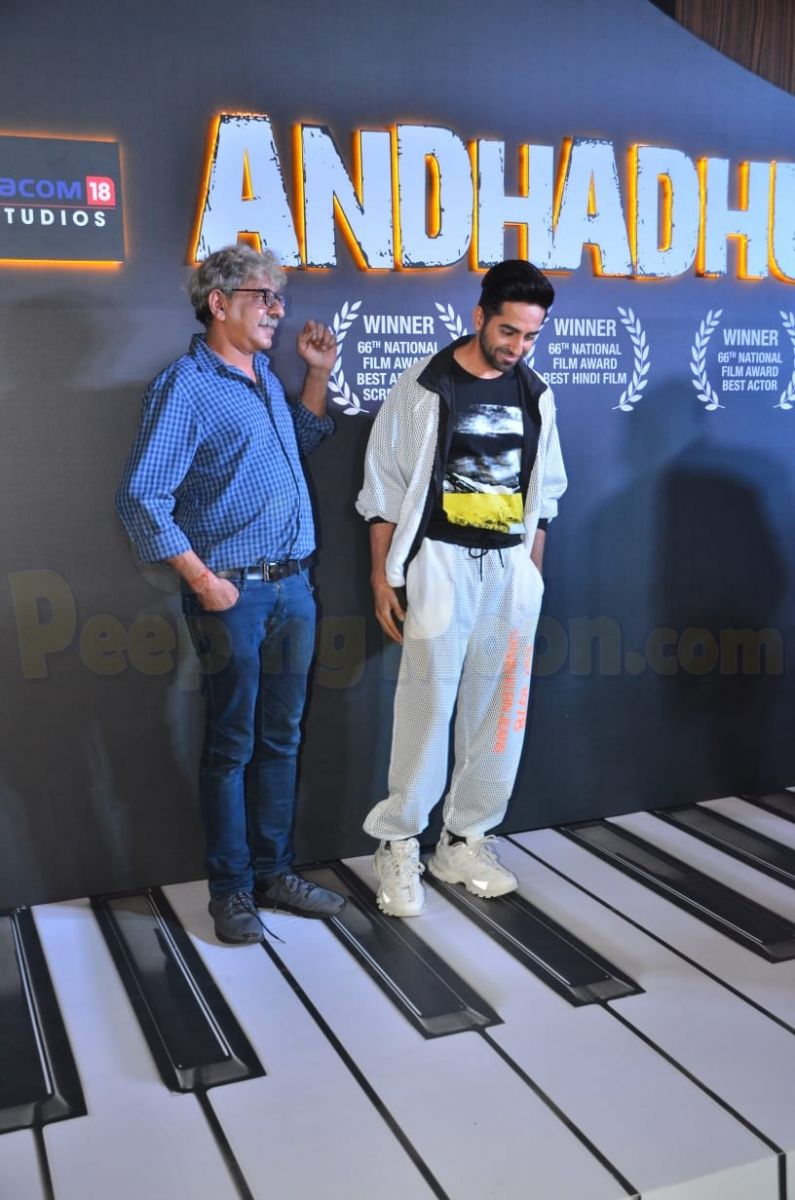 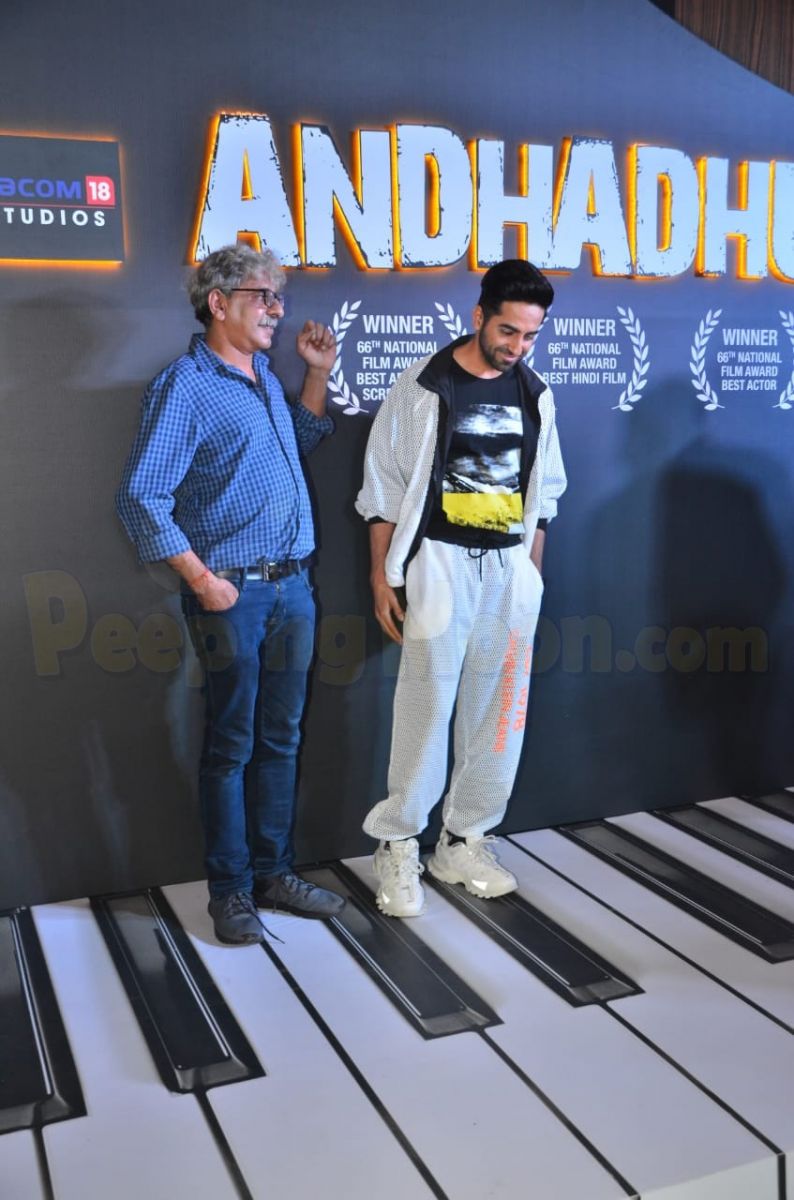 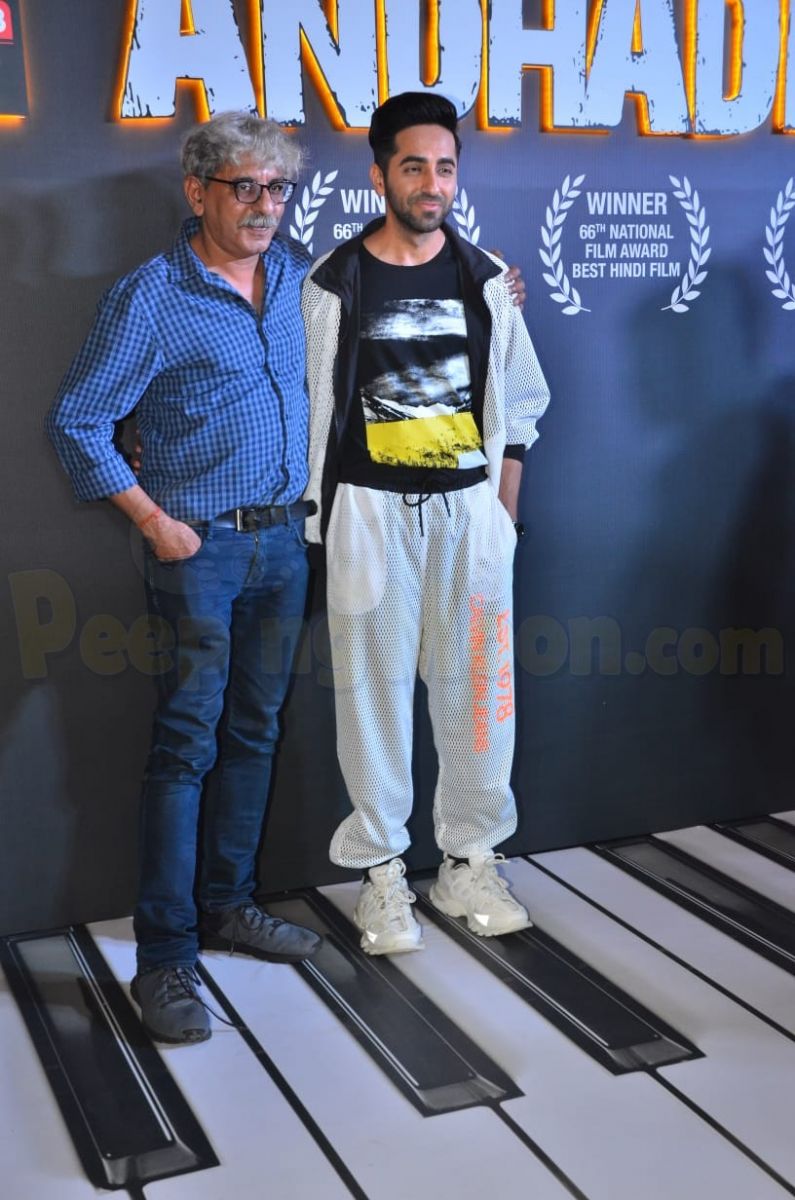 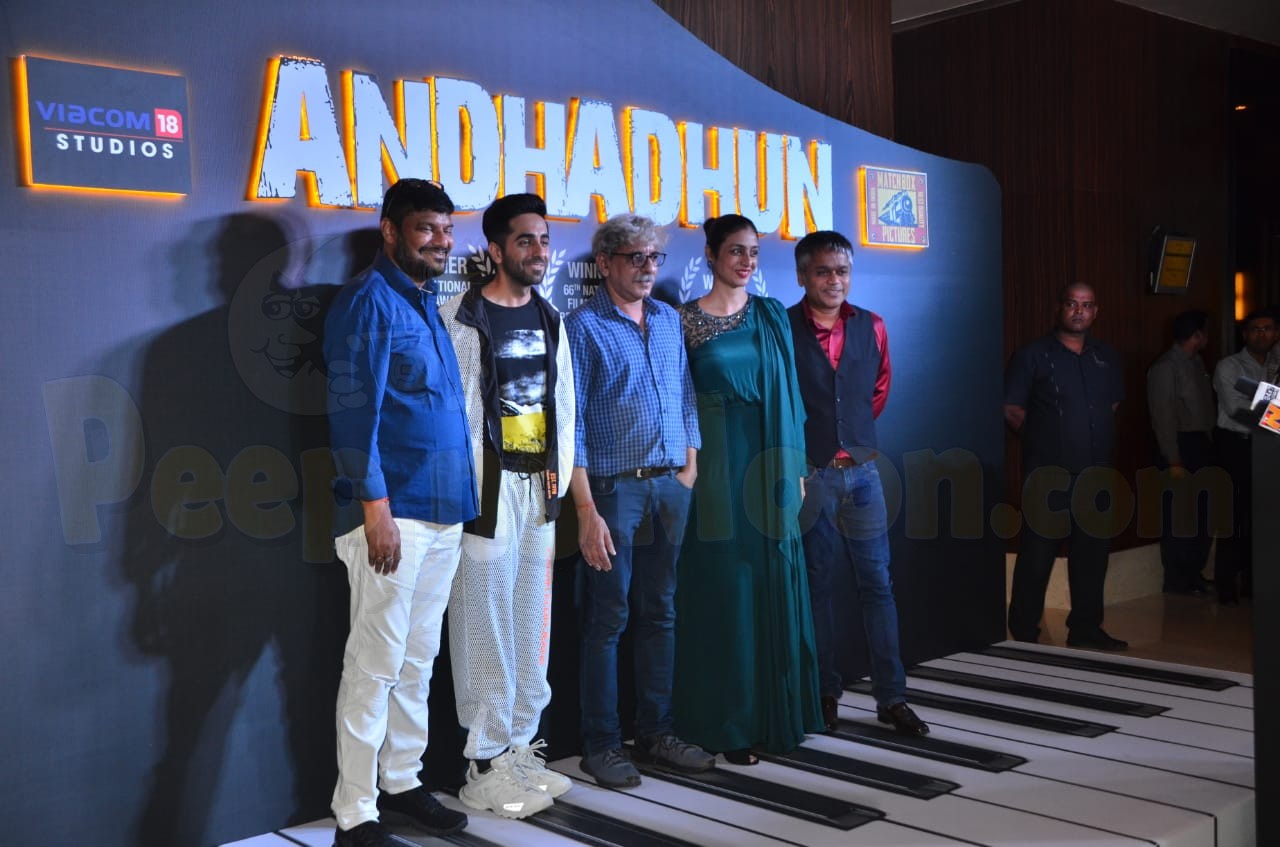 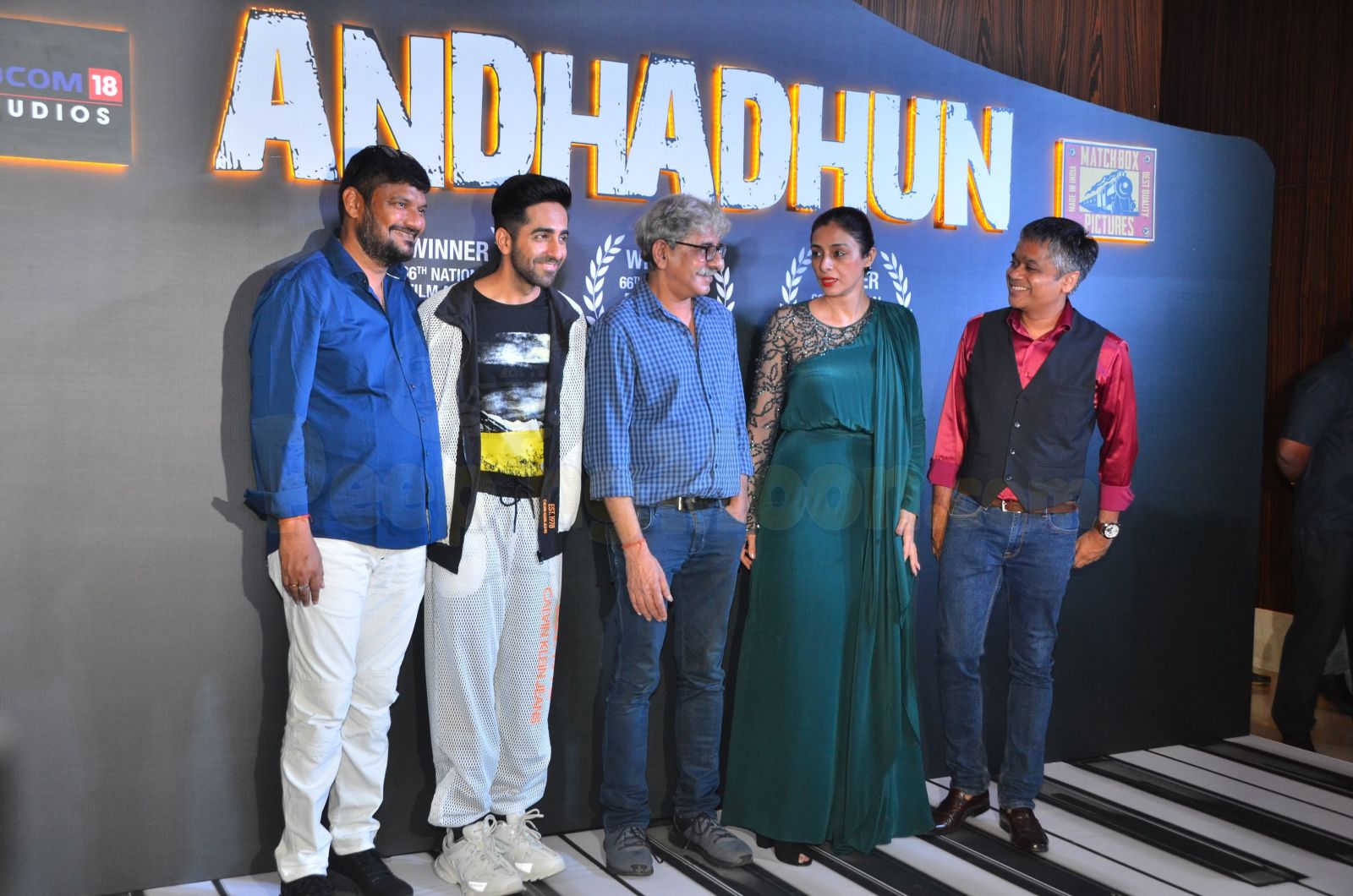 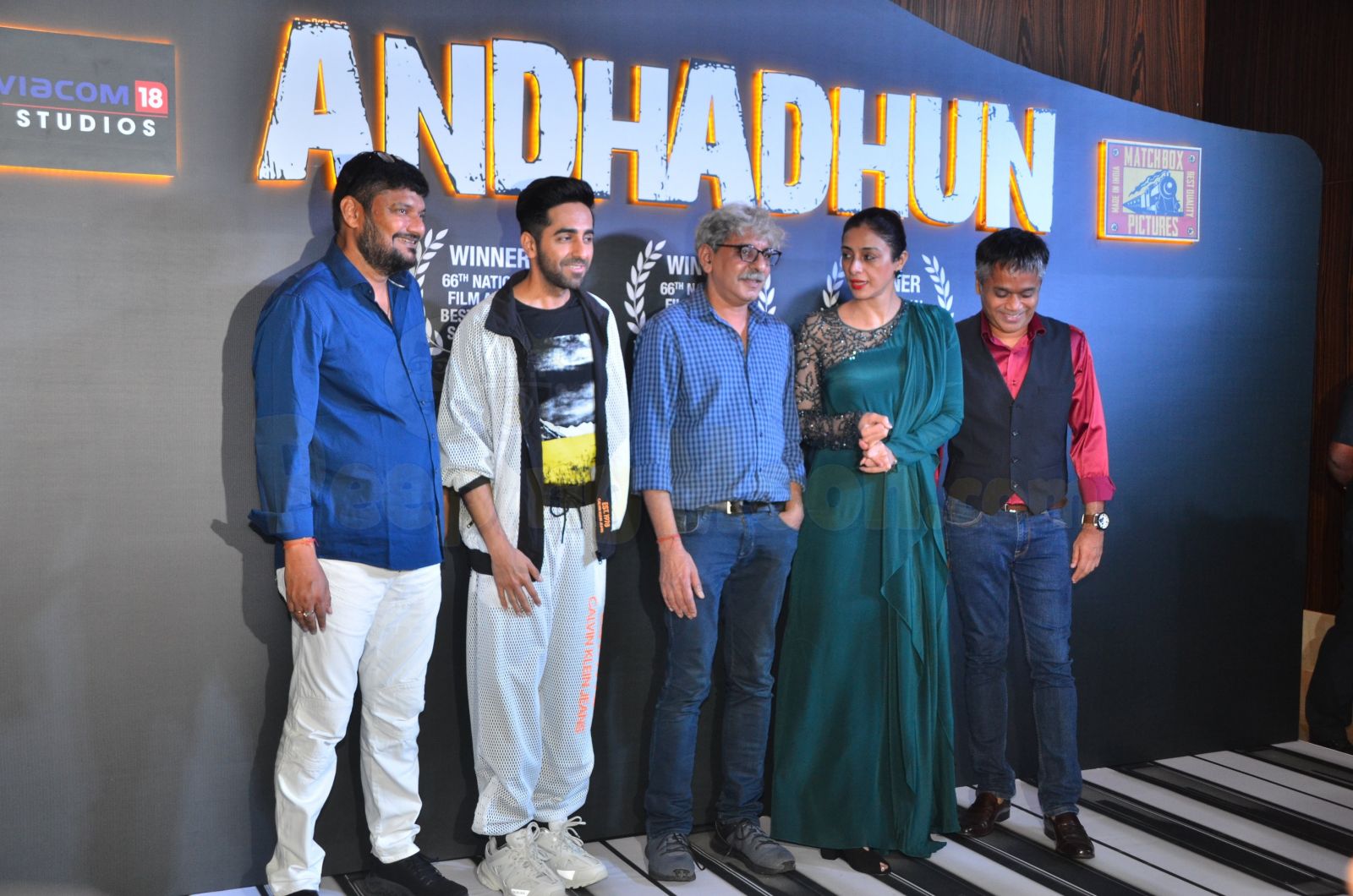 Recommended Read: Kajol goes classy in a saree as she attends an event with Kokilaben Ambani

Simi aka Tabu looked gorgeous as she attended the bash. Dressed in a green outfit, the actress was all smiles. 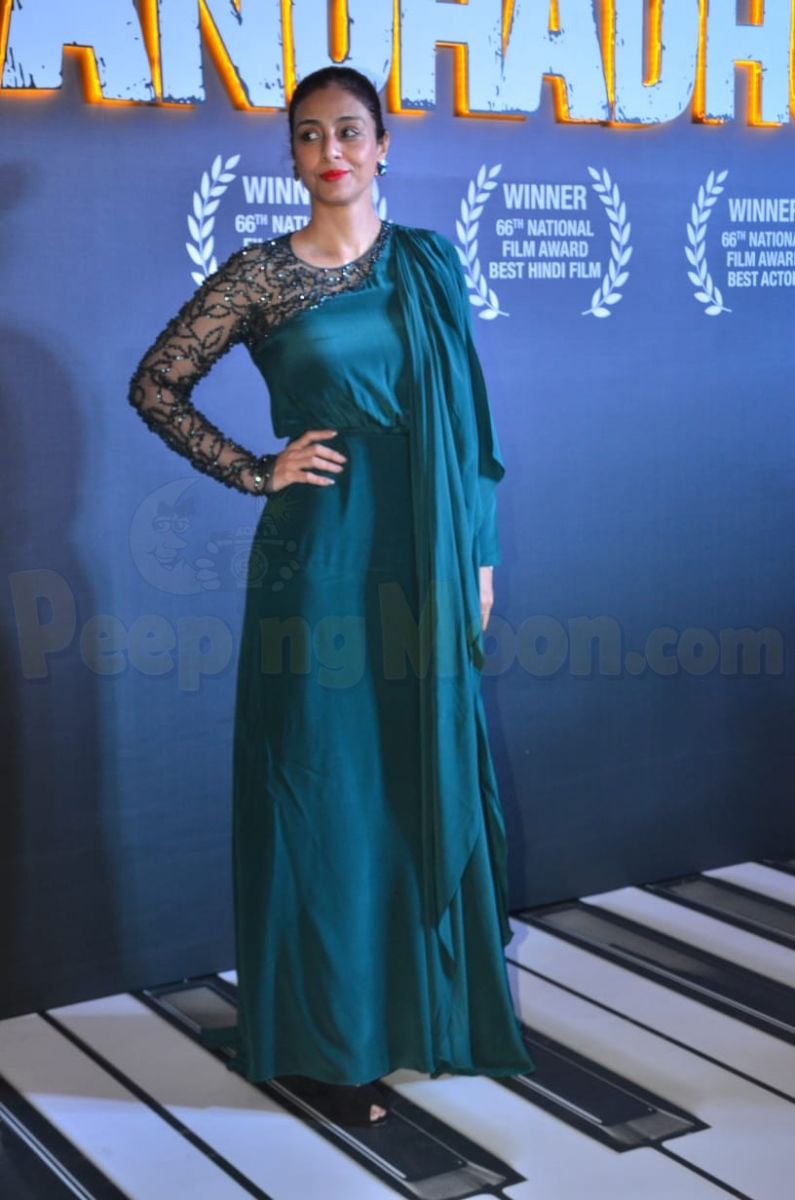 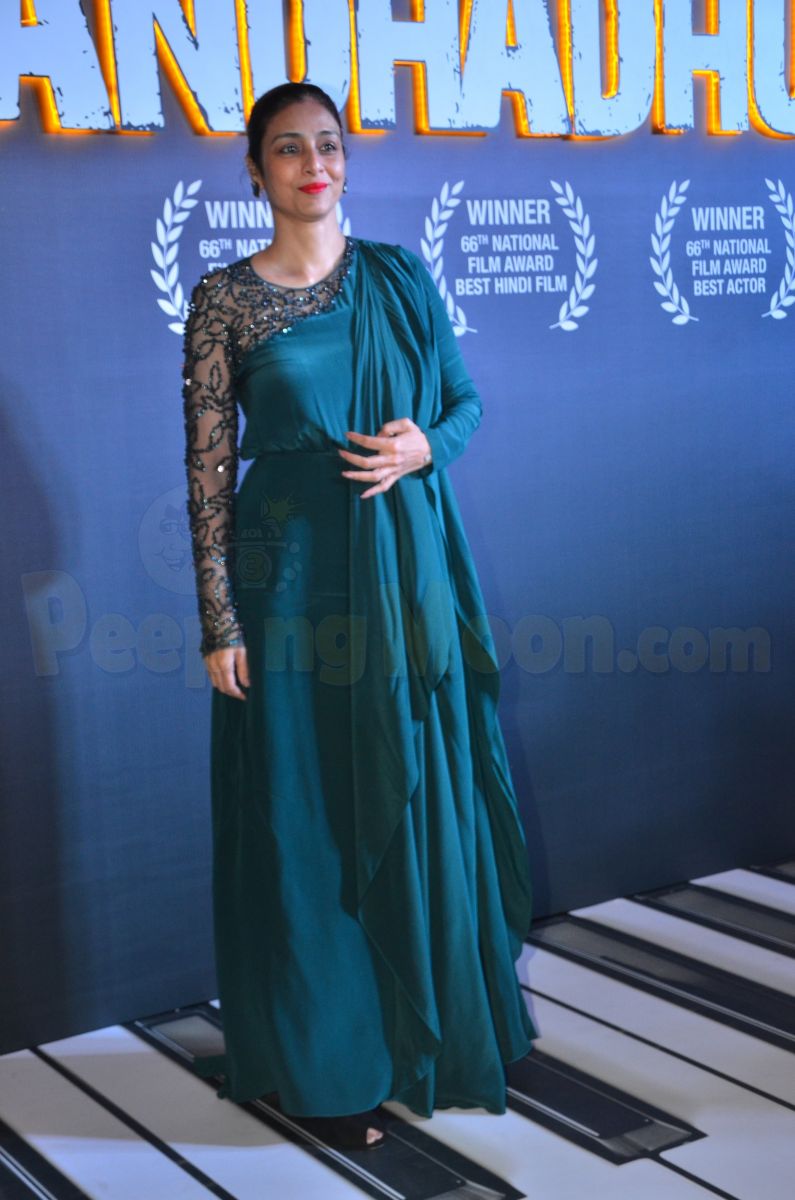 Anil aka Pramod Sinha made a dapper appearance at the party. 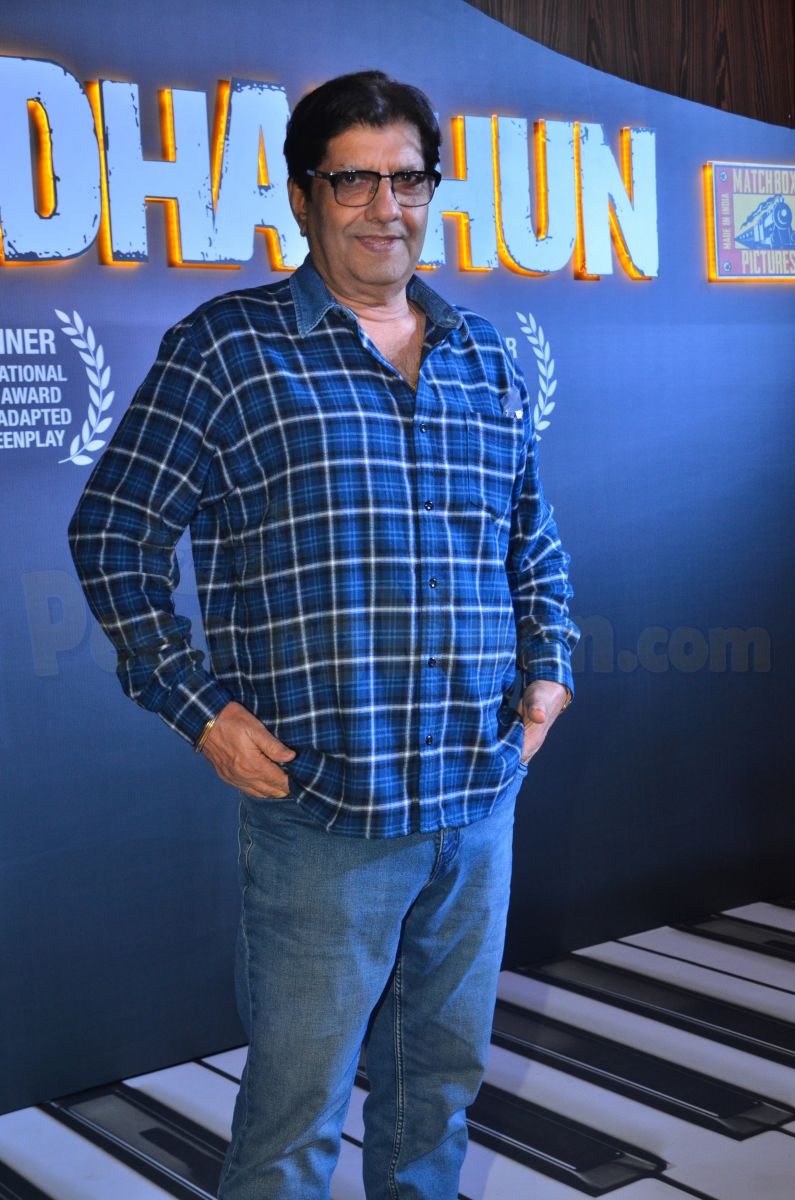 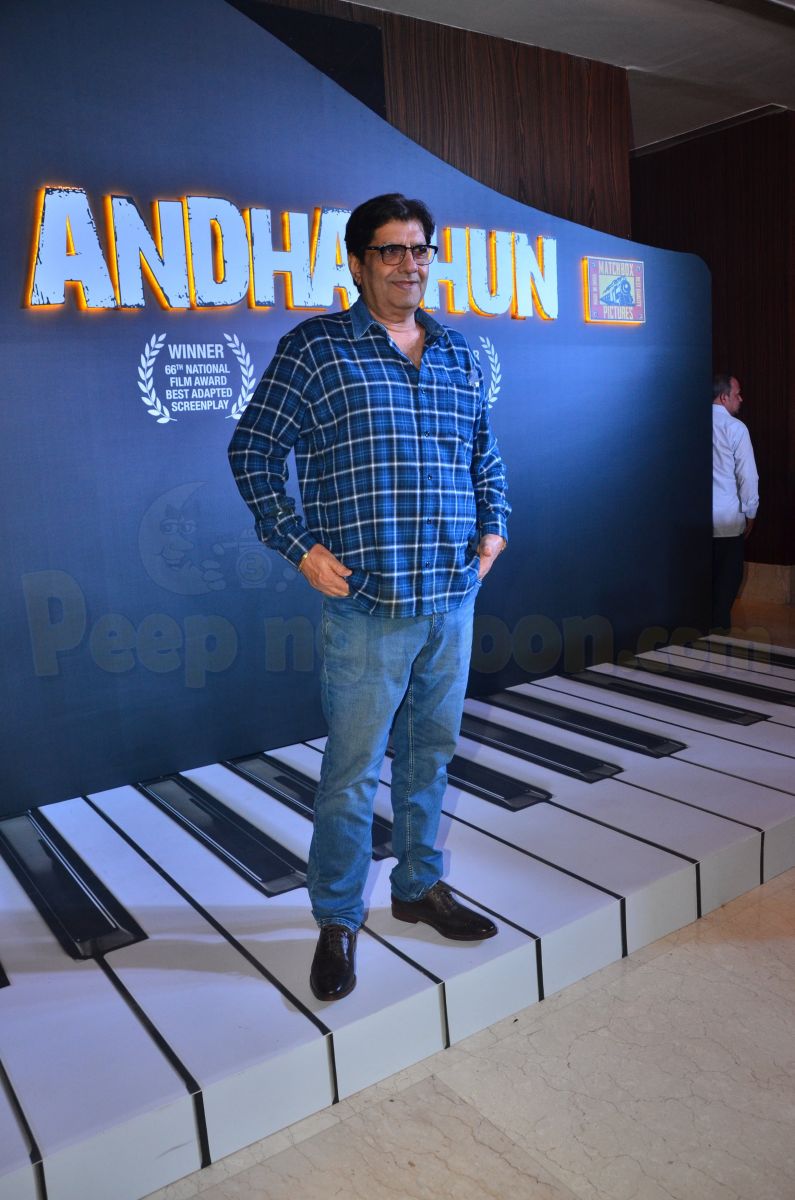 Aparshakti and Sayani posed for the cameras happily. 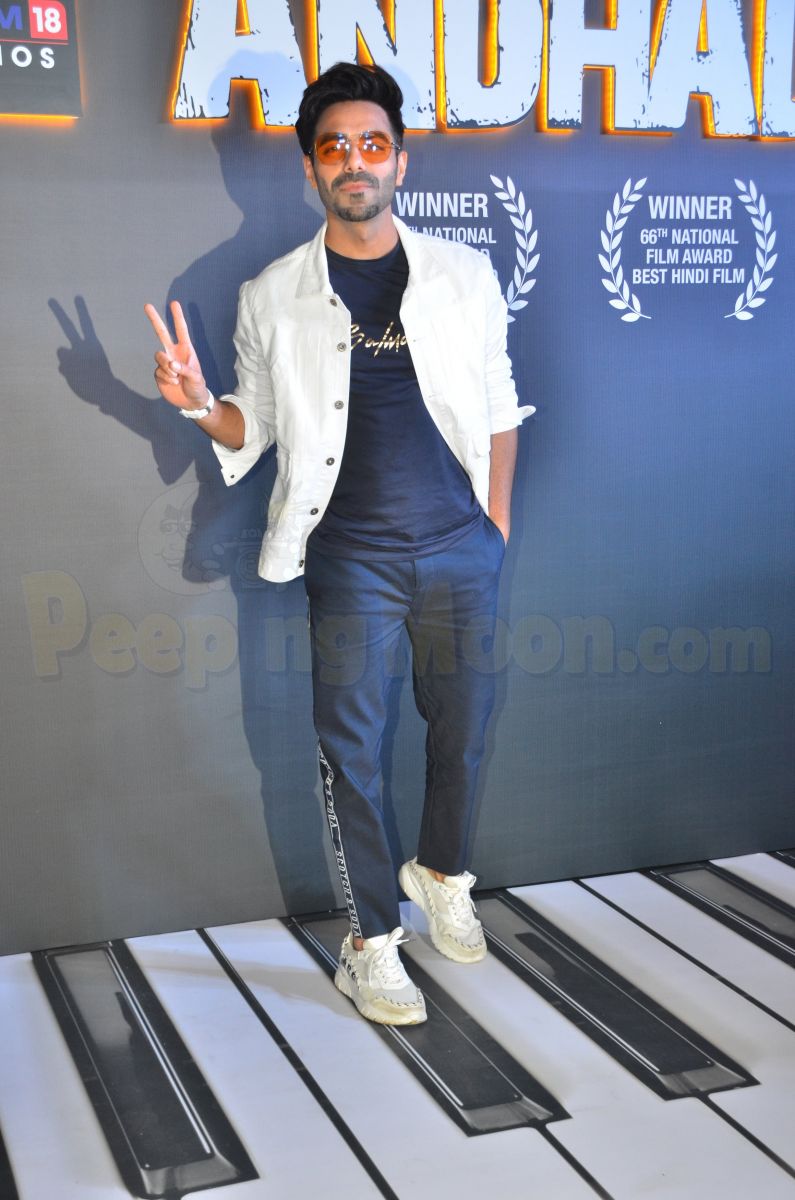 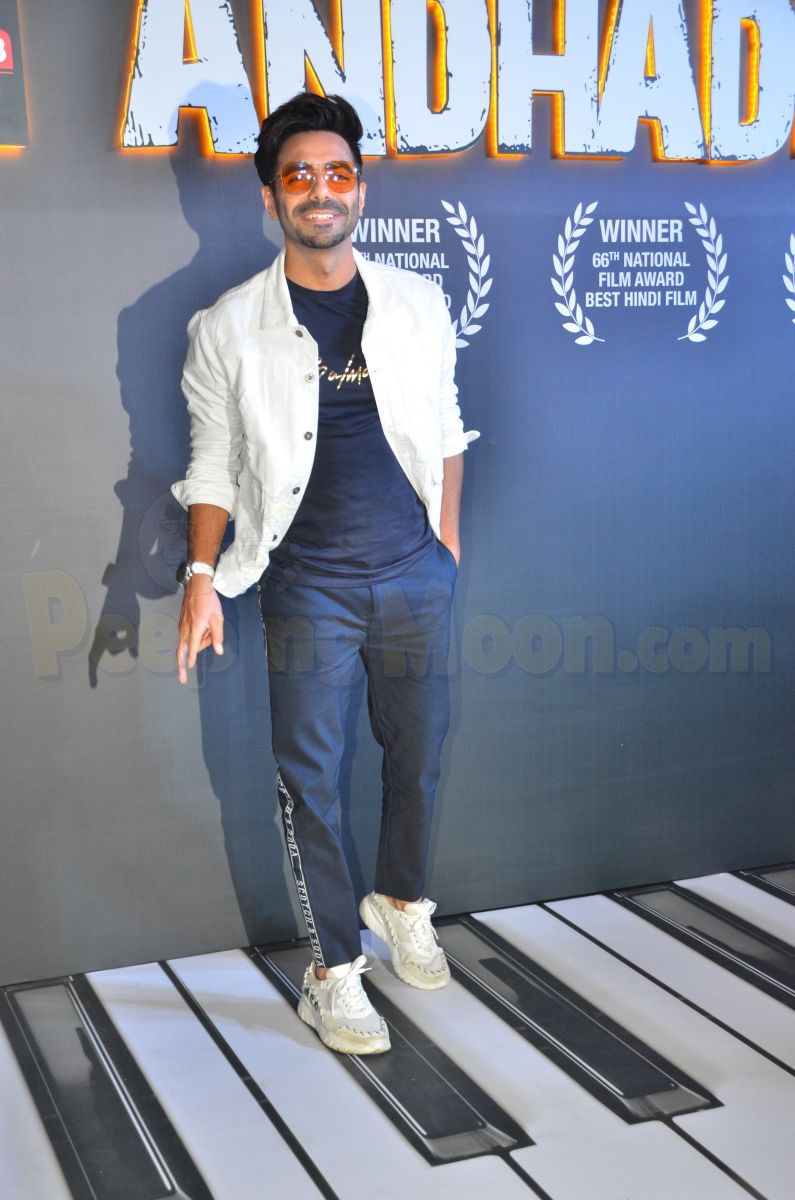 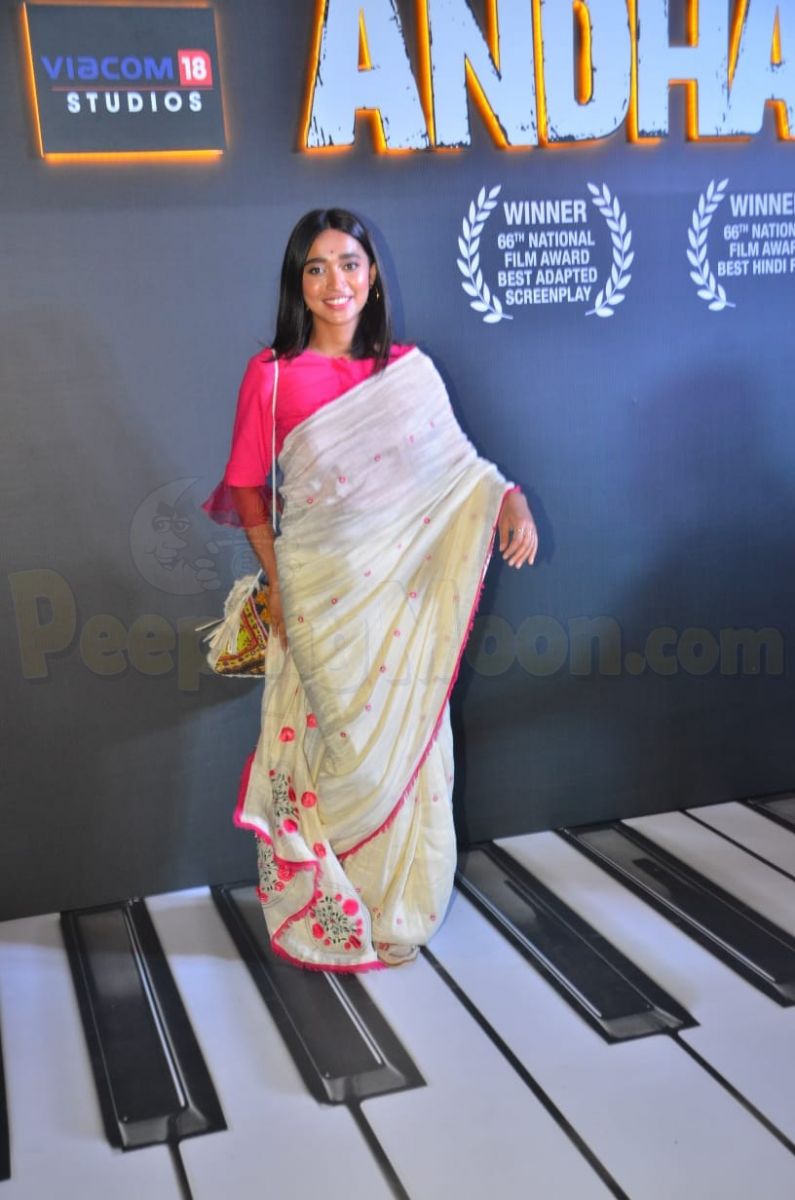 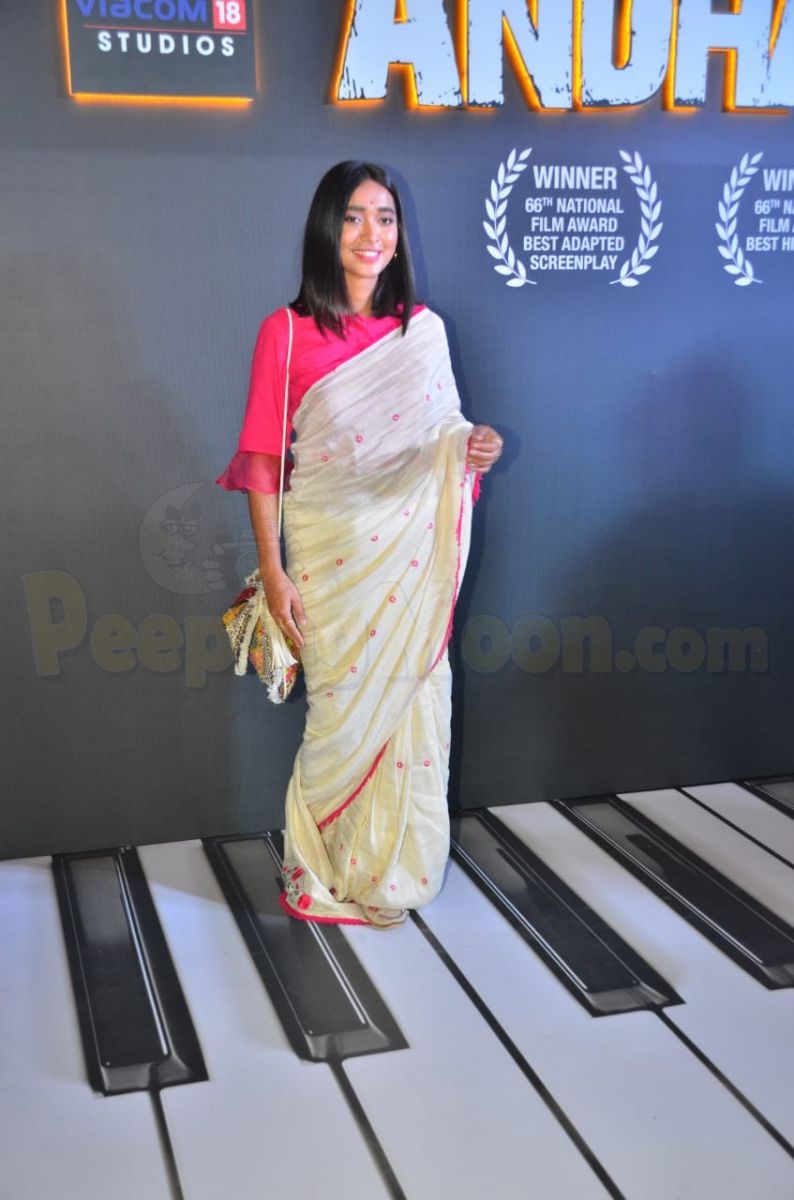 AndhaDhun, directed by Sriram, released on October 5, 2018. The film apart from Ayushmann, Tabu and Anil starred Radhika Apte in a central role.