Ileana D'Cruz arrived at the airport to see off her husband Andrew Kneebone and her mother Samira D'Cruz. While saying goodbye to her husband, Ileana shared a cute kiss and they exchanged a warm hug. That's such a sweet sight! Andrew and Ileana hugged her mother too who was also jetting out of the bay. Dressed in an aqua blue dress, Ileana looked summer ready and showcased her tattoo made on her neck. Talking about Ileana and Andrew, they were hesitant to come out in the light regarding their relationship until December 2018 when Ileana shared a post on her Instagram account and gave the picture credits to Andrew while addressing him as 'hubby'. 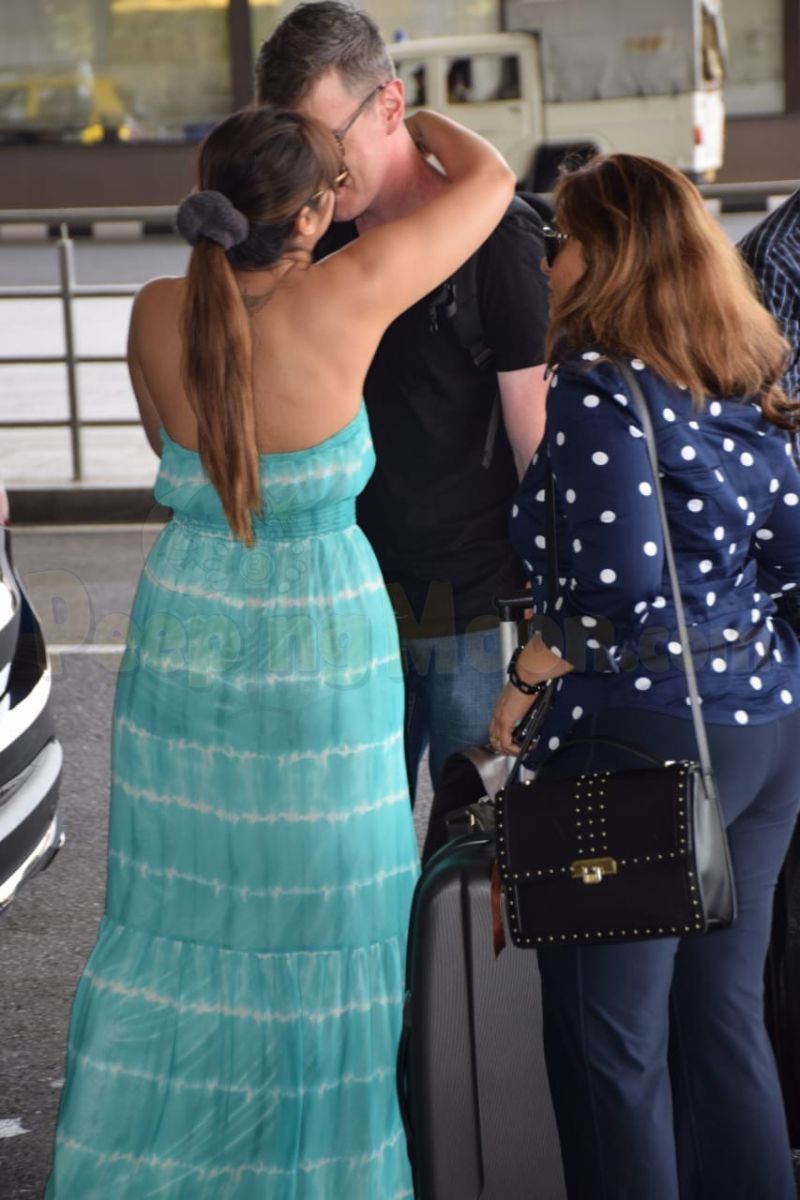 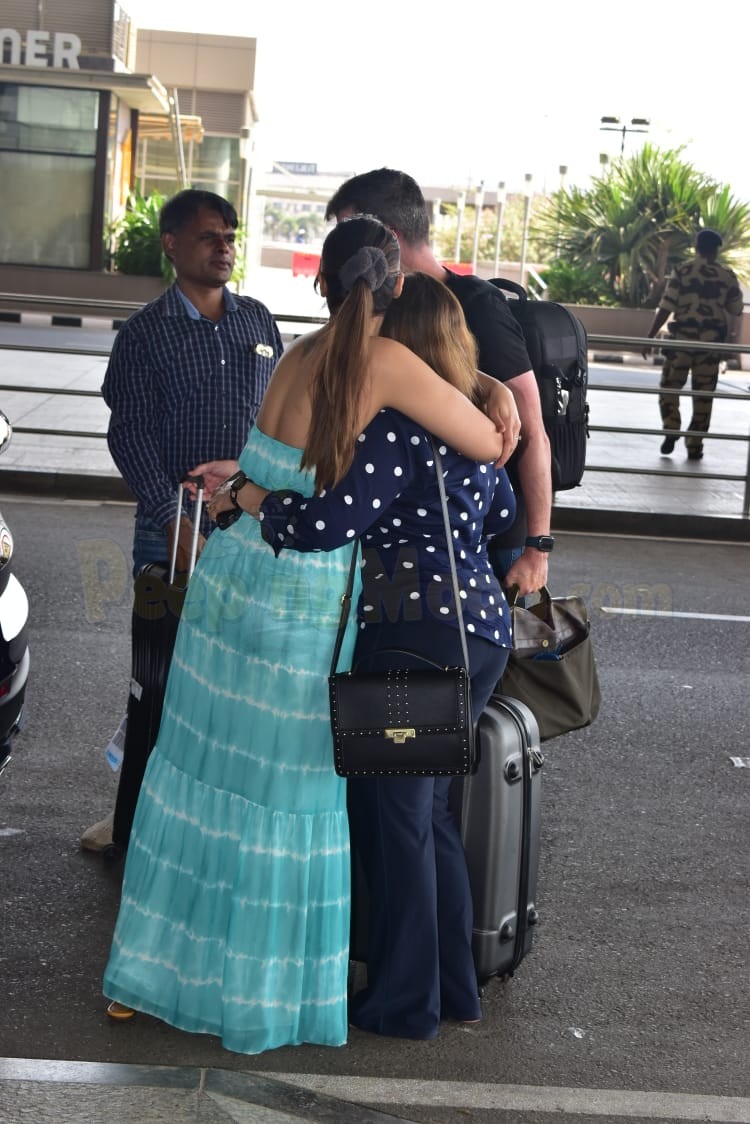 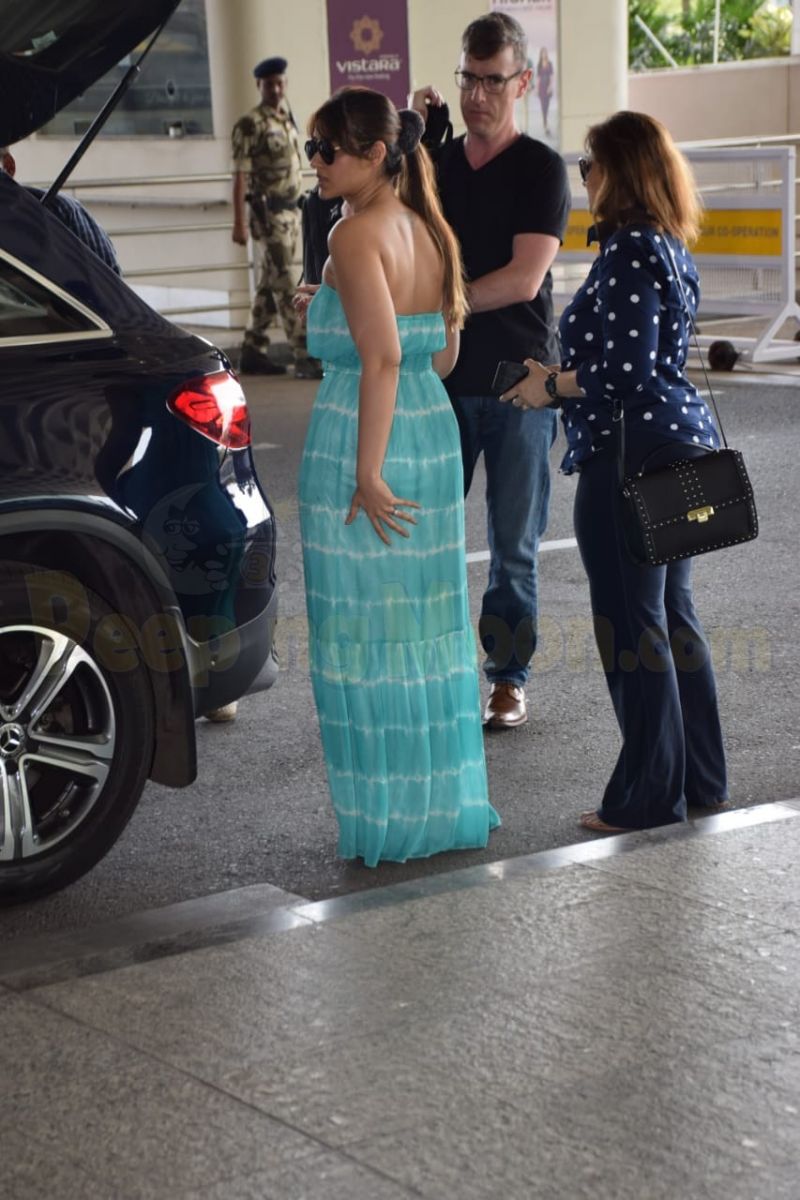 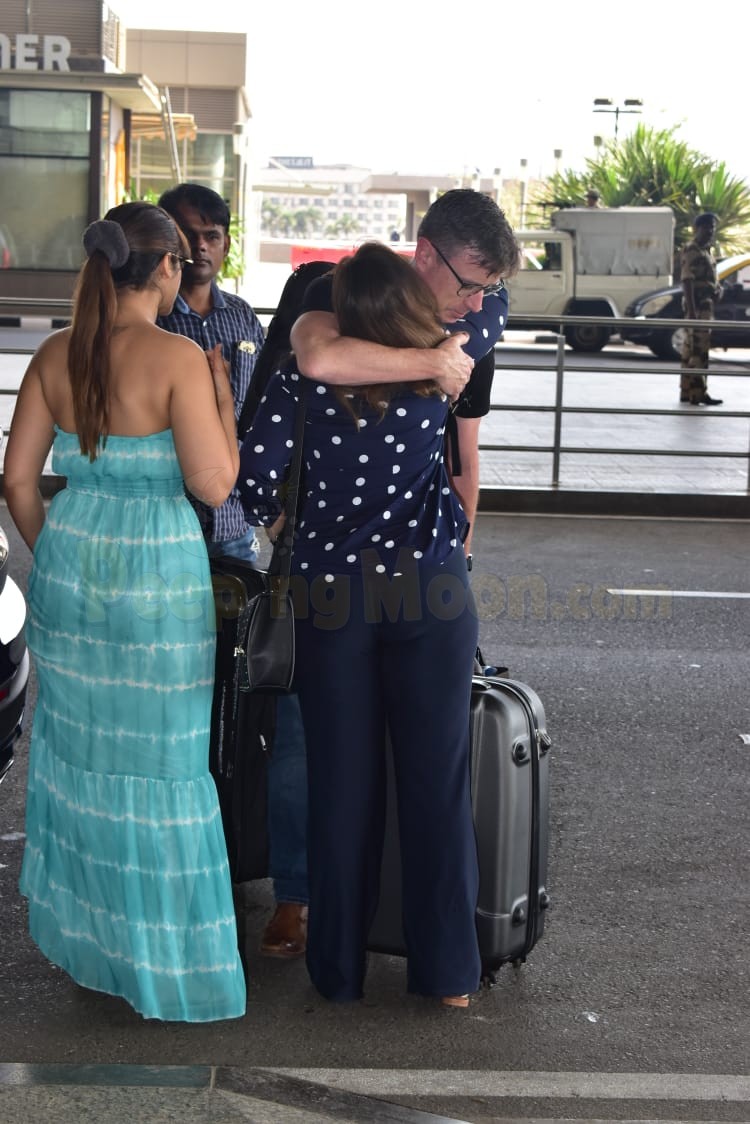 Post dropping them, Ileana stepped out in the city in a simple black tee and baggy pants. 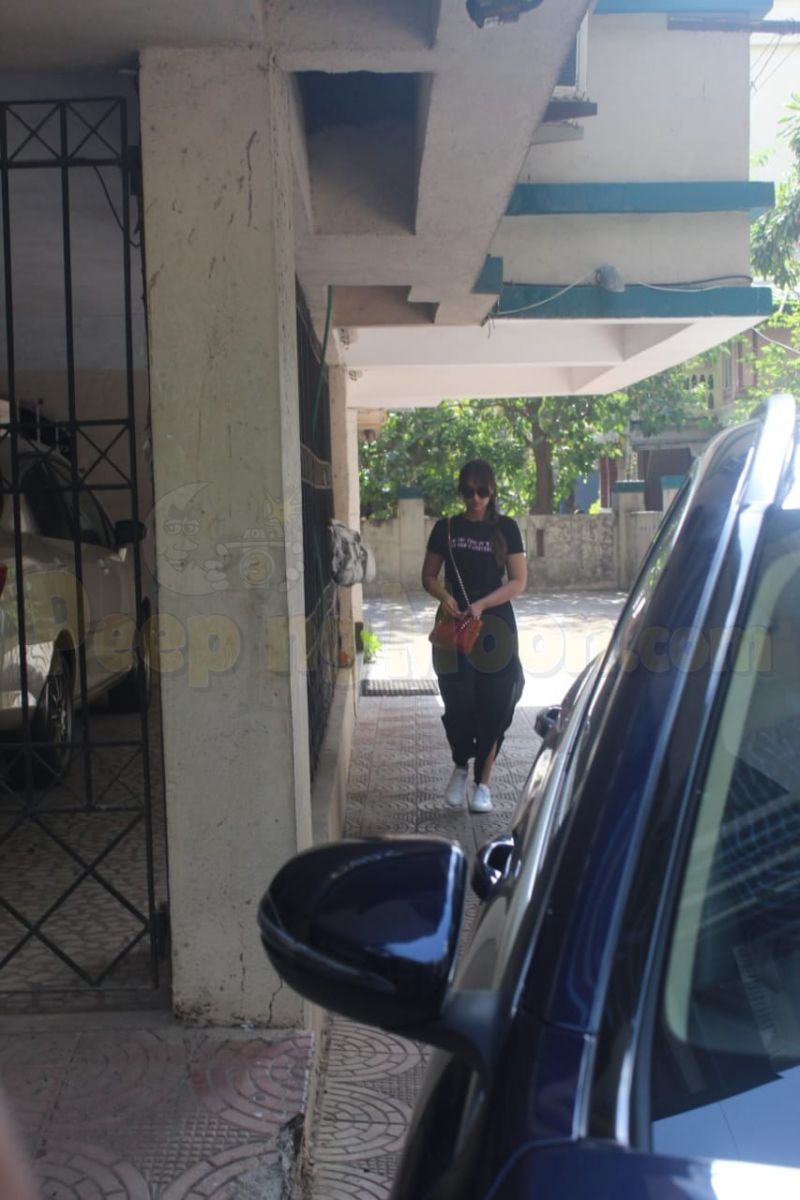 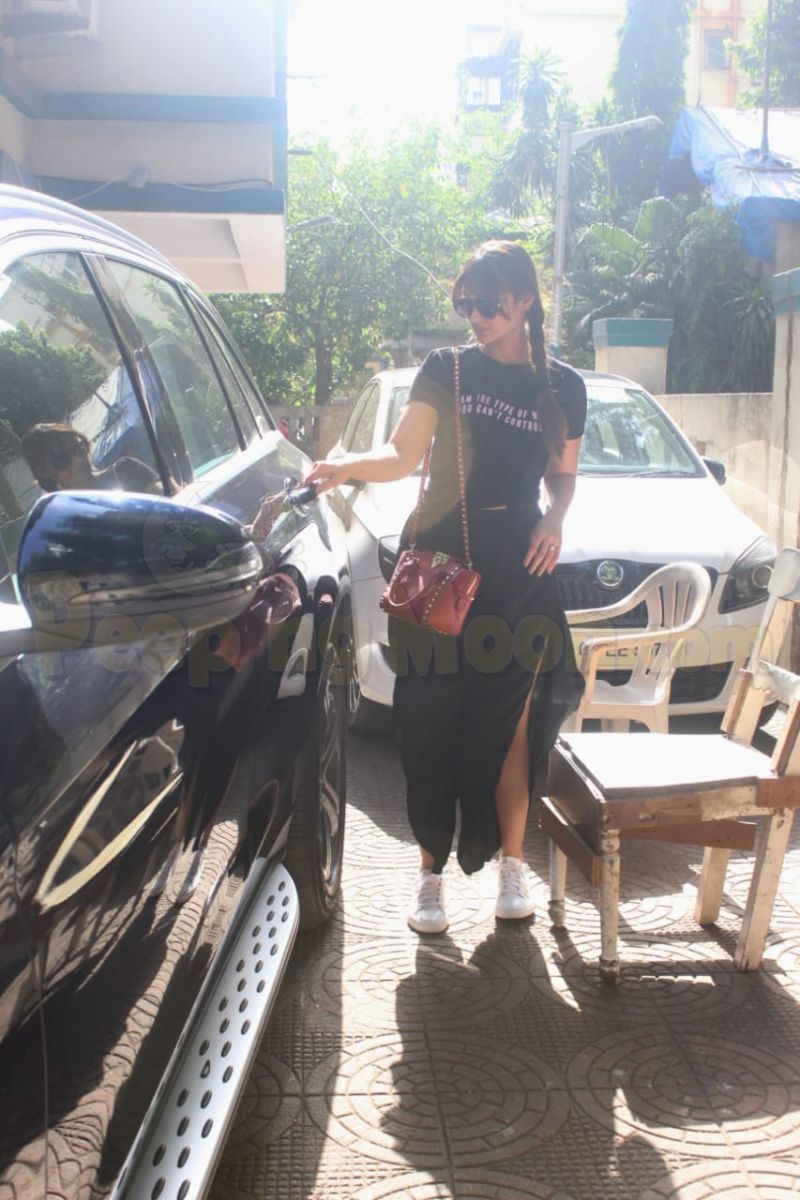 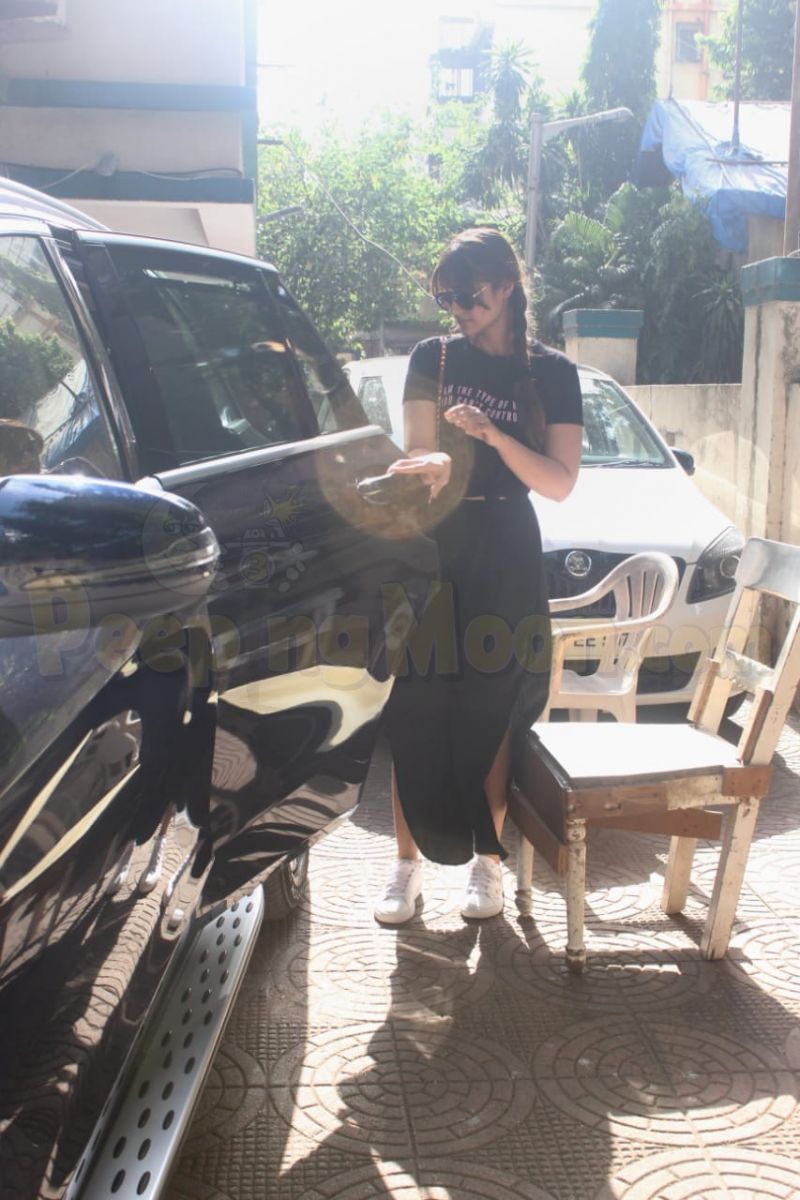