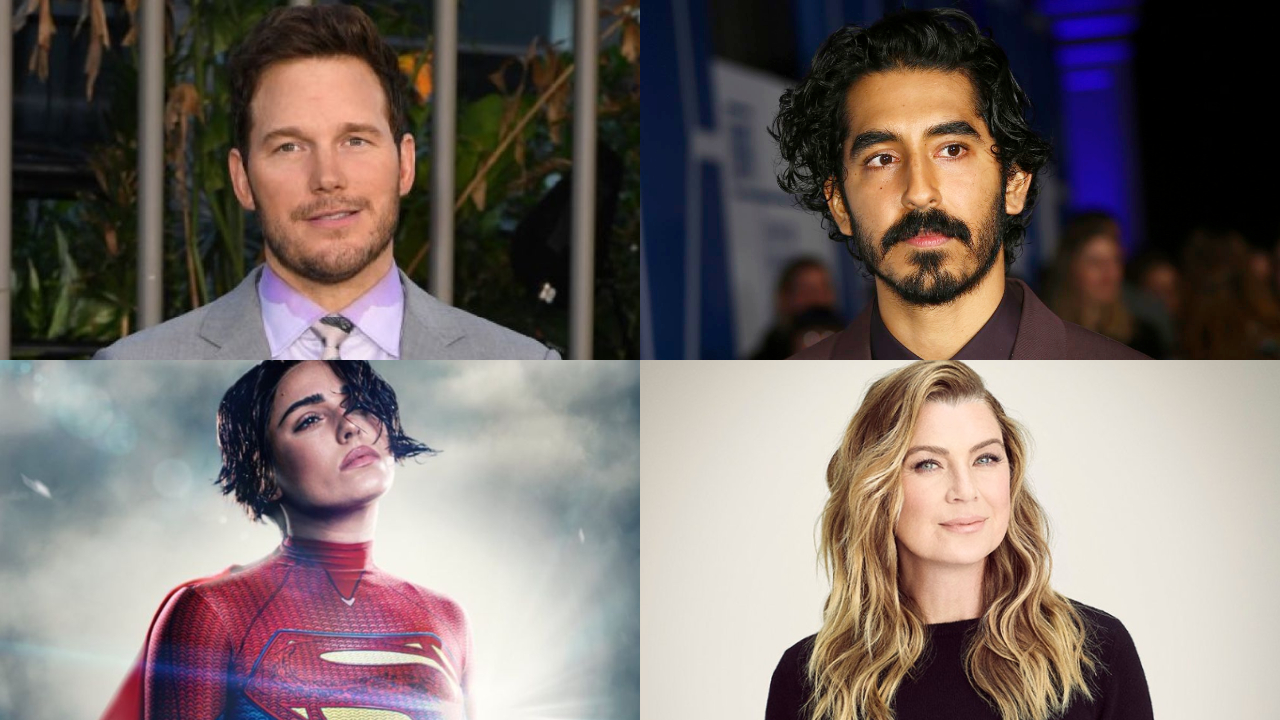 There are quite a few interesting piece of news coming in from Hollywood, although they need to be taken with a pinch of salt. Dev Patel risked his life stopping a violent knife fight in Australia; Ellen Pompeo to reduce Grey’s Anatomy Season 19 role as she takes on new Hulu series; Chris Pratt’s animated film Garfield sets its theatrical release date in place and after Batgirl, Warner Bros.Discovery reportedly scraps off Supergirl as well.

Read on for more details in our Hollywood roundup:

As per an online portal, Ellen Pompeo will be seen in less episodes of Grey’s Anatomy Season 19 and will appear in eight episodes of the upcoming season that is starting production. She will continue to narrate but may not do voiceover in every episodes and will remain an executive producer on the medical drama. Pompeo’s cutback comes as she takes on a starring role in Hulu’s Orphan limited series inspired by the true story of Ukranian-born Natalia Grace and her US adoptive parents who claimed that she was an adult “sociopath” pretending to be a child. Despite speculations, there is no decision as yet whether Season 19 will be the last for Pompeo as a star or the show’s final chapter.

Chris Pratt starrer animated film Garfield is all set to release in theatres on February 16, 2024. Pratt voices the titular feline and Samuel L Jackson plays a brand-new character, Vic, who is Garfield’s father. The film is directed by Mark Dindal and penned by David Reynolds. Alcon Entertainment acquired the rights from Jim Davis, the creator of the Garfield comic series and brand, who will also serve as an executive producer.

Dev Patel risked his life to break up a knife fight in Australia. The actor stepped in when he saw an altercation between a man and woman outside a convenience store in Adelaide, reports mirror.co.uk. As he tried to stop the fight, the man involved was stabbed in the chest - although his injuries are not thought to be life threatening. An unidentified woman was arrested at the scene, local police said.

He is used to acting the hero but Hollywood star Dev Patel has put his body on the line, risking his own safety to break up a stabbing in Adelaide. The actor turned good Samaritan was on a night out with friends when he says natural instinct kicked in. https://t.co/d09YP3gJ9I pic.twitter.com/IvIIT9fJCO

A spokesperson for the 32-year-old actor said he acted on his "natural instinct" to try and "de-escalate" the row. According to mirror.co.uk, although receiving praise from fans for stepping in, the star insisted there are "no heroes" in the situation. In a statement, Dev's spokesperson said, "We can confirm that last night in Adelaide, Dev Patel and his friends witnessed a violent altercation that was already in progress outside of a convenience store. Dev acted on his natural instinct to try and de-escalate the situation and break up the fight. The group was thankfully successful in doing so and they remained on site to ensure that the police and eventually the ambulance arrived. There are no heroes in this situation and sadly this specific incident highlights a larger systemic issue of marginalised members of society not being treated with the dignity and respect they deserve. The hope is that the same level of media attention this story is receiving (solely because Dev, as a famous person, was involved) can be a catalyst for lawmakers to be compassionate in determining long-term solutions to help not only the individuals who were involved, but the community at large."

Video from the scene showed the concerned actor talking to police at the scene of the incident, which happened around 8.45 p.m. on Monday night. Officers were called to reports of a man and woman fighting inside a service station, South Australia Police said. When witnesses, including Dev attempted to break up the fight, the woman allegedly stabbed the man in the chest. A 32-year-old man was treated at the scene and taken to a hospital in Adelaide. The British actor, who was born in Harrow, west London and found fame as a teenager on drama Skins, and later on in Slumdog Millionaire now lives in Adelaide with his girlfriend Tilda Cobham-Hervey, who is Australian. The actors first met on the set of Hotel Mumbai in 2016.

Another DC superhero movie appears to be cancelled amid Warner Bros.' cost-savings push. After Batgirl was scrapped, a Supergirl movie is said to be likely not moving forward as well. In an article by Rolling Stone explaining Warner Bros.' decision to scrap Batgirl, the site reported, "Now, the prospect of other DC films being squashed looms."

According to the news outlet, "Insiders say Supergirl, which is in development, is not likely to move forward," reports aceshowbiz.com. It's unclear if the studio wants to back out of its commitment with the Supergirl movie as part of its change, but the report mentioned that "Warner Bros. also finds itself in another difficult position with the upcoming movie The Flash amid star Ezra Miller's erratic behaviour. The Flash is supposed to kick-off an all-new DC Universe, introducing Sasha Calle as Supergirl, the cousin of Superman. From there, the female superhero is expected to spin off of the Miller-led tentpole.