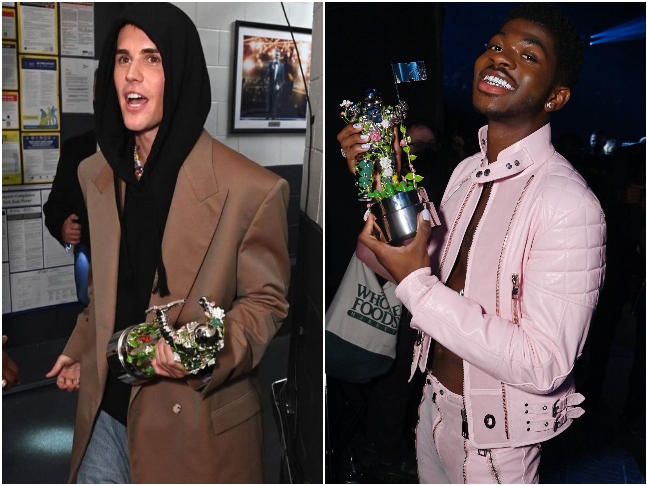 Marking its 40th anniversary, MTV kicked off its marquee event – the VMAs – with none other than the Queen of Pop herself. Madonna, who performed Like A Virgin at the first VMAs in 1984, made a surprise appearance on the Barclays Center stage in New York. While she didn’t perform, seeing her in person feeding off a live crowd was the electric opening we earned after last year’s VMAs were forced to play out in front of a green screen.

The slate of performances kept the energy high throughout the night, with Lil Nas X, Justin Bieber, Doja Cat and Olivia Rodrigo taking the biggest awards home. Justin, Doja, Bruna Mars and Olivia bagged multiple trophies and well, we are not complaining.

Here's the full list of winners from the big award night:

See ya at the next one bbs GOODNIGHT! #VMAs pic.twitter.com/qPU3aU6tcV

Video of the year:

"I love you guys so much, I do not take this for granted!"

From his incredible performance to taking home the Moon Person for VIdeo of the Year, congrats to @lilnasx on his #VMA night! pic.twitter.com/C7c0E6abgr

Artist of the year:

Song of the year:

"I just feel so grateful that I get to write music and make stuff that I love."

Push performance of the year:

A night of LOOKS from @DojaCat at the #VMAs: pic.twitter.com/QWc629PEqg

Things that make me smile: @billieeilish with her moon person #VMAs pic.twitter.com/dGioAoNoL4

Congrats to @BTS_twt for winning Best K-Pop at the 2021 #VMAs! pic.twitter.com/CiP1nfmsAP

Kirstie Alley, star of Cheers and Drop Dead Gorgeous dies at 71 after

'Kate Winslet was a bit traumatized after filming Titanic,’ says James Cameron revealing the actress was overwhelmed by the scale of production

Indiana Jones and the Dial of Destiny trailer: De-aged Harrison Ford returns with action-packed thrilling ride in the 5th film in franchise