Advertisement
HomeHOLLYWOODNewsFKA Twigs gives a fitting reply on why she didn’t walk out on Shia LaBeouf amid abuse allegations; claims the actor made her sleep naked and kill stray dogs in the garb of ‘method acting’

FKA Twigs shut down Gayle King over a sensitive question she asked during their recent interview. King had asked Twigs as to why she didn’t leave Shia LaBeouf sooner amid their allegedly abusive relationship. Twigs had accused Shia of physical assault, sexual battery and infliction of emotional distress in a legal lawsuit filed in LA Superior Court last December. In a recent interview, Twigs had described Shia as ‘an inherently abusive’ person.

King, asked Twigs, whose real name is Taliah Debrett Barnett, “'Nobody who’s been in this position likes this question, and I often wonder if it’s even appropriate to ask … why didn’t you leave?'” Shutting the host down, the singer said, “I think we have to stop asking that question. I know that you’re asking it out of love, but like, I’m just going to make a stance and say I’m not going to answer that question anymore because the question should really be to the abuser, ‘Why are you holding someone hostage with abuse?’ People say, ‘Oh, it can’t have been that bad, because she would’ve left.’ And it’s like no, because it was that bad, I couldn’t leave’.” 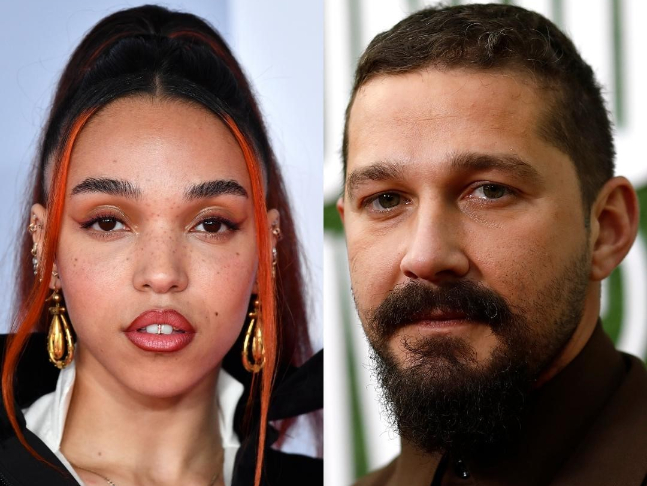 Twigs said that her ex-boyfriend’s apology over her abuse claims is a form of ‘gaslighting’ and its conflicting nature reminds her of his convoluted behaviour during their relationship. Revealing details about the abuse, Twigs said, “I think it reminds me of some of the gaslighting I experienced when I was with him. The taking some of the blame, but not all of it and then denying it. Abusers use gaslighting, which is where somebody minimises your experience and alters your narrative and (doesn't listen) to you and denying your experience. Eventually it did become physical. There were certain instances where he would push me and say "you fell". And I would get really confused and think maybe I did.”

She broke down in tears recalling that Shia threatened to crash the car killing them both around Valentine’s Day 2019 during a 'disturbing' trip to a spa in Palm Springs. Twigs claimed that he was speeding down the motorway and saying that if she didn’t love him and planning to leave him, he would smash the car to the side of the wall. Twigs said, “I thought ‘Wow, he needs so much control over me that he would kill us both.’ And eventually, he pulled over to a gas station and I tried to unload my bags from the car and there were three men opposite the car and I remember thinking "This is it, I’m done, I can’t do this anymore."' 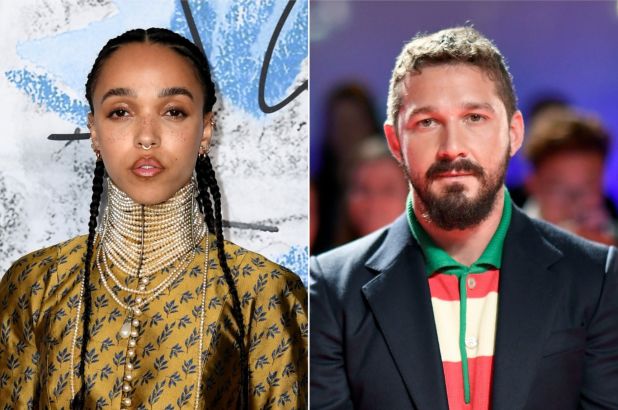 Twigs further elaborated on the abuse that Shia subjected her to and said, “He would often start an argument with me in the middle of the night. He would start accusing me of doing all sorts of things, planning to leave him in my head. That I was disgusting and vile. Nothing was ever true but I would really doubt myself, especially when I would wake up, and he would be like 'You were lying there with your eyes open, planning to leave me.' And I would be like ‘I was literally asleep.’ He would only want me to sleep naked because he said if I didn't, I was keeping myself from him.”

She further said, “It's this tactic that a lot of abusers use.It's just this constant availability and everything's centered around them and I think, that's why I wanted to come out and talk about this because the signs really are from the beginning. It's very subtle. That's the thing about, you know, domestic abuse, domestic violence. It's a real gradual step by step process to get somebody to a place where they lose themselves so much that they accept or feel like they deserve to be treated in that way. It's not one thing, it's loads of tiny little things that get sewn together into a nightmare.”

thank you @ELLEmagazine for having me and for creating space for this conversation <3https://t.co/7pIRYIKbQD

In the court documents, Twigs alleged that Shia kept a gun next to his bedside while they slept and she feared that he would shoot her even if she went to the bathroom thinking she was an intruder. She told a magazine, “I thought to myself, ‘If he shoots me, and then if there is some sort of investigation, they will put the pieces together. I need to leave little clues’.” She also revealed that he would brag to shoot stray dogs, claiming it helped him 'get into character' for his role in the 2020 film The Tax Collector. Twigs told a leading portal, “What I went through with Shia was the worst thing I've ever been through in the whole of my life. I don't think people would ever think that it would happen to me. But I think that's the thing. It can happen to anybody.” Songwriter Katy Rose has also alleged that Shia 'groped' her 'violently' at a party in the Hollywood Hills once and stylist Karolyn Pho joined Twigs' lawsuit claiming that he ‘drunkenly pinned her to a bed and head-butted her, enough that she bled.'

Twigs’ lawsuit against Shia has cost him professionally as his name has been dropped from the Netflix’s award-consideration web page and publicity materials for his film Pieces of a Woman. Last heard, the actor has been dropped by Hollywood talent agency CAA as he admitted himself into a treatment facility, although it remains unclear what he is being treated for.

He would say with beer in hand ‘Oh do get on with it': Prince Harry releases a heartfelt statement honouring Prince Philip; Prince William bids goodbye

‘Animated film characters have had a great year - no social distancing, no quarantine, it's a great time to be a cartoon,’ says Priyanka Chopra Jonas at BAFTA 2021