Advertisement
HomeHOLLYWOODNewsJoaquin Phoenix’s Joker to release in India on October 2, will clash with War and Sye Raa

Joaquin Phoenix’s Joker to release in India on October 2, will clash with War and Sye Raa

The release of the much-anticipated comic book antihero film Joker, starring Joaquin Phoenix in the title role, has been preponed in India. The film, which was scheduled to release on October 4, will now open on Gandhi Jayanti, thereby setting up a box-office clash with the Hrithik Roshan-Tiger Shroff action drama War and Chiranjeevi's Telugu period drama Sye Raa Narasimha Reddy.

The date change was announced on the Twitter handle of Warner Bros.

"Joker will now release in India on Wednesday, October 2nd, two days ahead of its initial scheduled release," the post read.

#JokerMovie will now release in India on Wednesday, October 2nd, two days ahead of its initial scheduled release! pic.twitter.com/bDlwxYSPqN

It is interesting to note that the film, which has left people wondering if it will encourage violence, will release on the birth anniversary of Mahatma Gandhi, who epitomizes non-violence. 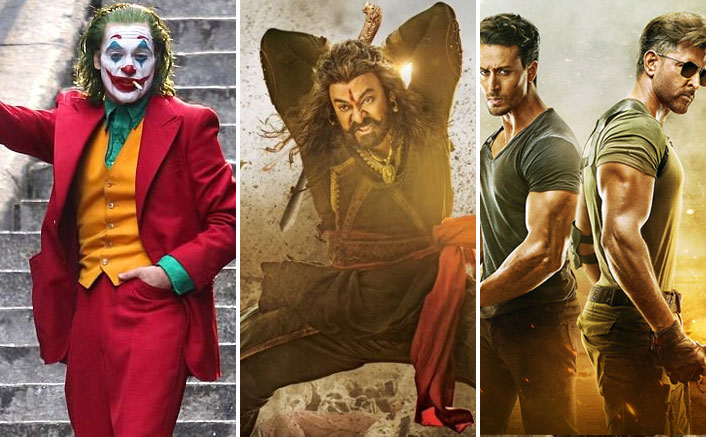 Directed by Todd Phillips, Joker is based on the popular DC supervillain of the same name. It follows the life of Arthur Fleck (essayed by Phoenix) as an aspiring stand-up comedian and his transition into becoming the Joker. The film was recently screened at the Venice film festival and has been receiving rave reviews and positive audience feedback. Apart from Phoenix, the movie also features Robert De Niro, Bill Camp, Frances Conroy, Brett Cullen, Glenn Fleshler, Douglas Hodge, Marc Maron, Josh Pais, and Shea Whigham.