Advertisement
HomeHOLLYWOODNewsQueen & Slim Trailer: Daniel Kaluuya and Jodie Turner-Smith as the Black ‘Bonnie and Clyde’ go on the run

Queen & Slim Trailer: Daniel Kaluuya and Jodie Turner-Smith as the Black ‘Bonnie and Clyde’ go on the run

Melina Matsoukas well-known for directing iconic music videos such as Beyoncé’s Formation and Rihanna’s We Found Love, makes her Hollywood debut with the upcoming film Queen & Slim. A new trailer of the film has been revealed that shows the main protagonists on the run after they unintentionally kill a police officer.

The film stars Daniel Kaluuya as a retail worker and Jodie Turner-Smith as a defense attorney. This is the first starring feature-film role for Jodie. After a police encounter goes horribly wrong where Daniel ends up killing the cop, the pair find themselves on the lam from the law. However, the incident becomes viral and the couple becomes a symbol of trauma across the nation, which makes it difficult for them to run from the police. 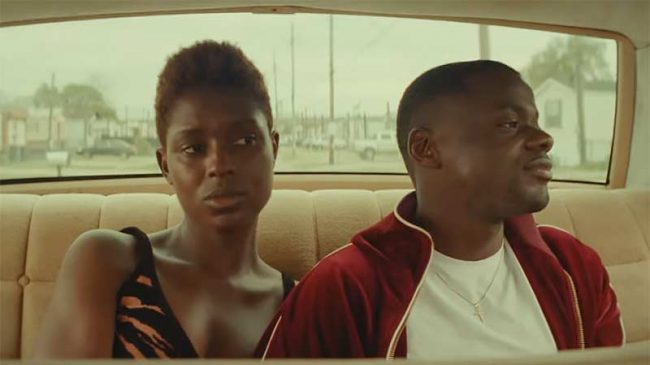 Queen & Slim’s script has been written by Emmy-winning writer Lena Waithe. The film has been projected as something of a modern Bonnie and Clyde, as the two legendary outlaws even get a mention in the trailer. Queen & Slim also stars Bokeem Woodbine, Indya Moore, and Chloë Sevigny. It is slated to release on November 27.