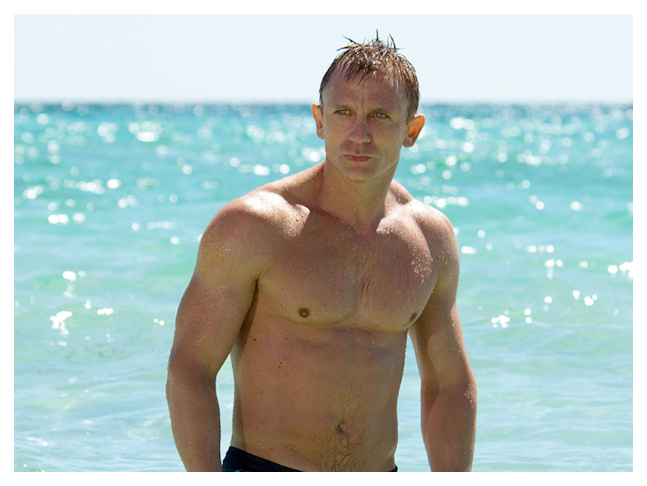 Daniel Craig is back on his feet following the on-set incident that injured his ankle, and Agent 007 is still living it up in Jamaica. A new video, showing off behind-the-scenes footage from the 25th film in the James Bond franchise, brings us to the Caribbean island nation to show Daniel riding around as Bond, and True Detective filmmaking standout Cary Fukunaga doing his thing behind the camera.

Thanks to that big announcement from Jamaica back in April, we know from producer Barbara Broccoli that the famed MI6 agent “is not on active service” at the beginning of Bond 25 (the official title is still to be announced). “So, he is actually enjoying himself in Jamaica,” she said, noting the “extraordinary house” the crew built for the character.

On set with #Bond25: Jamaica. Check out director Cary Fukunaga, Daniel Craig (James Bond #007), Jeffrey Wright (Felix Leiter) and Lashana Lynch (Nomi) in this behind the scenes look at our recent Caribbean filming. Watch the full video at 007.com

The footage, a brief one-minute compilation of snapshots from the set, also features the return of Jeffrey Wright as Felix Leiter (last seen in 2008’s Quantum of Solace) and the new arrival of Captain Marvel‘s Lashana Lynch as Nomi. Bond, meanwhile, is busy soaking up the sun, sounds, martinis, and nightlife of Jamaica — with room for a little mission or two.

In Bond 25, “Bond has left active service and is enjoying a tranquil life in Jamaica,” according to the official description of the film. “His peace is short-lived when his old friend Felix Leiter from the CIA turns up asking for help. The mission to rescue a kidnapped scientist turns out to be far more treacherous than expected, leading Bond onto the trail of a mysterious villain armed with dangerous new technology.”

Prior to Jamaica, the crew filmed scenes in Norway and plan to shoot more of the movie at London’s Pinewood Studios and the “hilltop town” of Matera, Italy. Bond 25 is still scheduled to hit theatres on April 8, 2020.