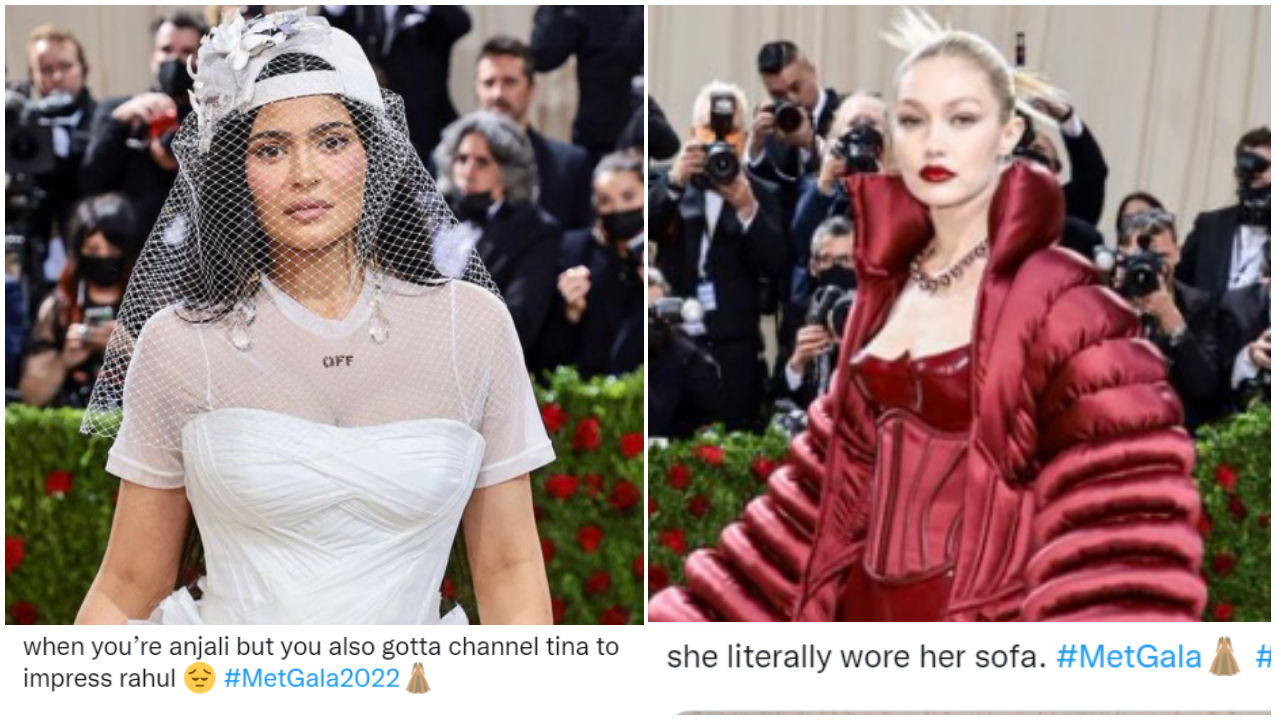 The much-awaited Met Gala is finally here and A-listers from Hollywood turned up in their stylish best flaunting their fashionable side on the red carpet. And as always, this year’s Met Gala also gave rise to a fodder of memes from netizens who could not help but poke fun at some of the bizarre fashion choices of celebrities as they took to the red carpet. This year’s Met Gala theme was ‘Gilded Glamour’ or 'In America: An Anthology of Fashion’ – a time from the 1870s that featured ‘excess grandiosity’.

There were plenty of exquisite looks with Blake Lively, who co-chaired the event with husband Ryan Reynolds taking home the title of ‘Best Dressed’ hands down with a colour-changing dress that won over the red carpet. Her dress turned from copper to aqua green- representing the Statue of Liberty, the Empire State Building and Grand Central Terminal.

In a tribute to New York City, Actress Blake Lively stuns in a dress on the #MetGala red carpet that transformed from copper to green — representing the Statue of Liberty, the Empire State Building and Grand Central Terminal. https://t.co/JtneafrGTG pic.twitter.com/NiJluQRzfl

blake lively’s dress inspired by the oxidation process of the statue of liberty. #MetGala2022 pic.twitter.com/vVJqsOrX86

RECOMMENDED READ: Rihanna honoured with a statue with baby bump at Met Gala 2022, calls it a 'historic tribute'

However, there were many celebs that turned into meme fodder with their outrageous fashion choices included Kylie Jenner, Sebastian Stan, Gigi Hadid, Shawn Mendes and many others as they had a lot to say about the celebs missing the assignment. The male stars also received backlash for sticking to tuxedos and missing the theme every year. Check out what the internet had to say about their outfits here:

These #MetGala looks are stressing me out yall had one job pic.twitter.com/88vyi1HFwt

me looking at all the mess these celebrities are wearing to the met gala when this year’s theme is the easiest pic.twitter.com/gqOSoOWGq0

Somewhere in an Indian forest, a family of porcupines are missing their quills! #MetGala things! pic.twitter.com/mOFkI61bBf

why is nobody sticking to the theme ?????? #MetGala pic.twitter.com/36J0JIKZzO

This should be an official rule. I’m so serious. #MetGala #MetGala2022 pic.twitter.com/C6pr0wmrZa

the men when their stylists show them a basic tuxedo #MetGala #MetGala2022 pic.twitter.com/o48QPdnkBz

Netizens also missed several of the OGs like Zendaya, Rihanna, Jennifer Lopez and others as they gave Met Gala a miss this year. Twitterati could not help but opine their absence from the event this year.

Zendaya looking gorgeous as always at the #MetGala2022 pic.twitter.com/rfNebmdPIl

Zendaya we need you. #MetGala pic.twitter.com/1rJQXrWg8t

Mood waiting for Ariana Grande, Taylor Swift and Zendaya to magically appear at the #MetGala pic.twitter.com/4vwLCAoTgP

no harry no taylor no ariana no zendaya no rihanna no beyoncé no doja. i’m heartbroken #MetGala pic.twitter.com/q2HBAK90JF