Ever since Bunty Aur Babli 2’s first look dropped, a lot of harsh and negative fashion criticism has been going around Rani Mukerji’s revamped Babli look. Back in the 2005 film, the collared-kurta-Patiala 'Vimmi' was back in loud and eccentric printed ethnics and seemed like the audience did not accept this change with open arms.

Recently, Peepingmoon.com got in touch with the film’s costume designer Leepakshi Ellawadi who revealed the real reason behind Rani’s loud looks in the film and wait, it has the actress’ BFF designer Sabyasachi Mukherjee connect!

When asked about the controversy around Babli’s infamous Sabya costume, Leepakshi said that look was totally designed by ace couturier Sabyasachi. She agreed that people’s reaction towards the look was a bit harsher given other factors like age and physique coming into the picture. “Sabyasachi designed and conceptualized this look totally. I only briefed what Rani’s look has to be before and after. It’s a look that will definitely not go unnoticed so everybody kind of reacted to it,” she said. 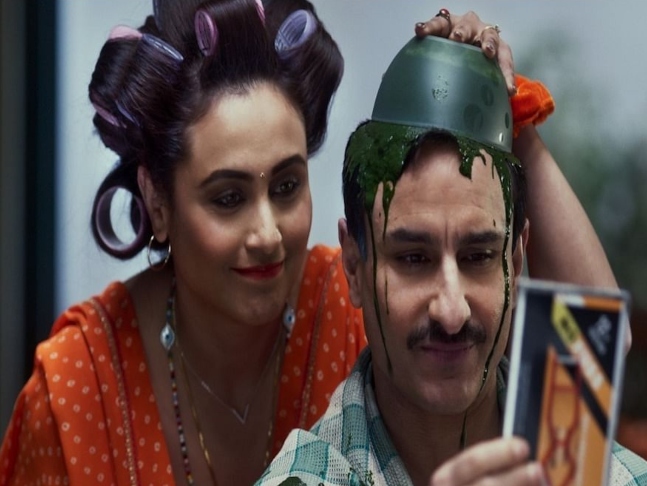 Well, that wasn’t the only look that garnered attention. Many outfits from the film’s trailer also were criticized for being too loud in terms of Sabya’s palette. Well seems like we finally have an explanation! Speaking about Rani’s onscreen looks, she said that a lot of elements from the prequel film had to be taken into consideration. “In terms of doing the design work, certain elements had to be kept in mind. She (Rani’s character Vimmi a.k.a Babli) used to wear these hair rollers back in Bunty Aur Babli in 2005. She is a bit loud, fashion-centric. This is how a B-town or a C-town woman will be, who’s aged now, who’s has had a baby but still wants to stay fashion relevant. While Bunty (played by Saif Ali Khan) has let go now and that is why we have a little stomach around Saif’s waist. But as a character, she’s somebody who has held on to fashion. She is still looking through the magazine pages and Vogue’s pages to see what is in. The idea was Sabyasachi prints are everywhere. So how she has kind of taken those prints and made them like a copy or a rip-off and tried to wear a Sabya which is not a Sabya,” Leepakshi said. 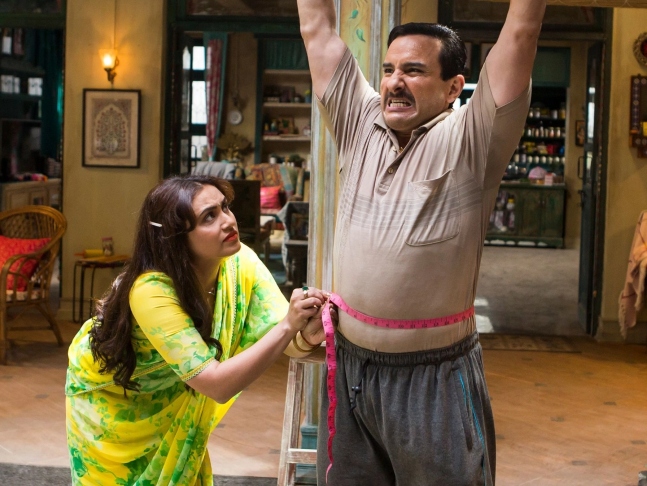 Well, that explains something! Sabya or not, Rani’s looks are definitely unmissable.

Equity on lighter skin is something that I fell for: Priyanka Chopra J

A film that carries a narrative that's far from accurate: Gucci family slams Lady Gaga's ‘House of Gucci’ with a fuming statement

‘Rocky and Rani on a night out,’ says Karan Johar sharing pictures of a decked up Ranveer Singh and Alia Bhatt in Delhi

With which actress does Ahan Shetty want to get stuck in a lift? Here’s what he has to say!

Vicky Kaushal gets papped outside Katrina Kaif’s residence ahead of their wedding, stylist Anaita Shroff Adajania also makes an appearance

Don't put me under so much pressure: Kriti Sanon on being called ‘female Aamir Khan’ for her weight transformations for Mimi