In order to continue giving us the dose of entertainment during the times of COVID-19 Pandemic, many magazines have resorted to ‘Work from Home’ issues. These latest digital editions feature our B-town celebs as their cover stars where they share a glimpse of their life amidst the time of this global crisis.

Actress Sobhita Dhulipala recently turned stylist, art director and cover girl for Cosmopolitan India’s first-ever ‘Work from Home’ issue and she garnered tremendous appreciation for the same. She posted the magazine’s issue cover with a caption that said that she styled herself and clicked pictures via a self-timer camera.

I had the unique opportunity to style myself, do my hair/makeup and take pictures on a phone (hello, self-timer, my new friend) in the confines of my house. It has been empowering to be reminded that one needs very little aid when they are truly invested in creating something - even if it is just pictures; it has been humbling to come in contact with people who nurture an individual voice and give it a public platform. I spent the last couple of days photographing myself for this story for Cosmopolitan magazine, not only did I thrive in the creative stimulation but also had fun because I didn’t need to be anything but truthful and relevant. Cheers to significance that is found in simplicity. Cheers to joy that is multiplied by the spirit of sharing. Cheers to women rooting for women. :) @cosmoindia @nandinibhalla

However, a few days later a BTS photograph got viral on a local meme page that told another story. Contrary to Dhulipala’s statement, a BTS picture that surfaced the internet showed it wasn’t her ‘self-timer camera but another helping person who clicked this beaut. Fashion’s vigilante Diet Sabya also took a dig at Sobhita for the same. Check it out: 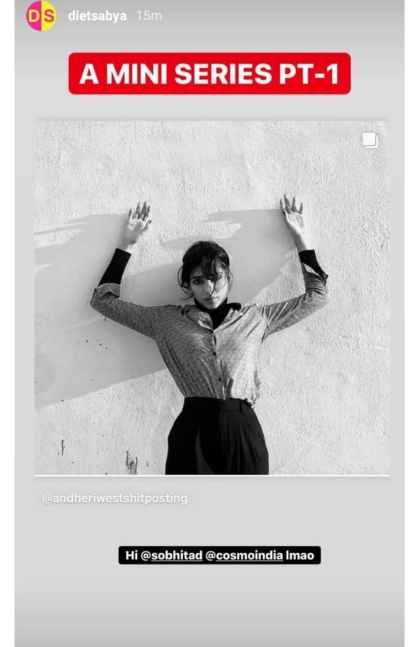 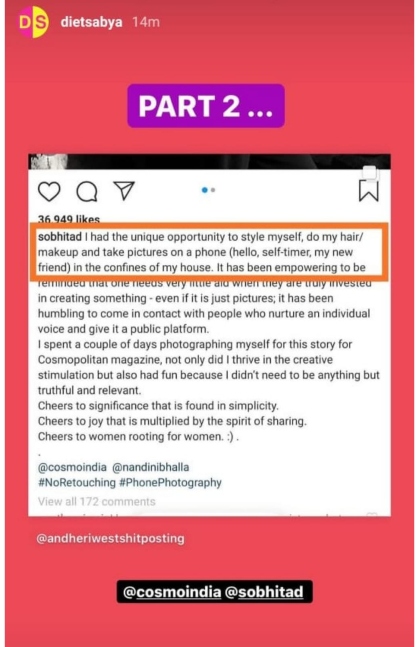 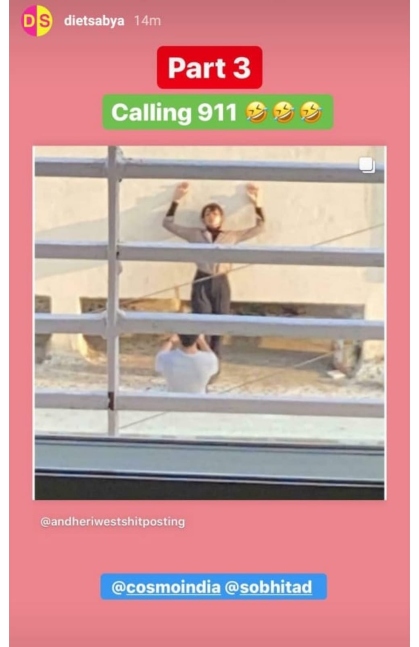 Owing to these series of events, Sobhita took it to her social media and issued a clarification statement for the same. She said that the BTS picture that got viral was not used by the magazine’s publication and she just posted it with other official pictures because she liked it. Take a look at her entire statement here.

So, what’s your take on this entire fiasco?