Deepika Padukone's fandom and popularity have no boundary and no doubt, she is clearly an unparalleled global icon. Another feather in Deepika's hat has been added as she gets featured as the only Indian actress in the Business Of Fashion.

The BoF 500 is the definitive professional index of the people shaping the $2.4 trillion fashion industry, hand-selected by the editors of The Business of Fashion, based on hundreds of nominations received from current BoF 500 members, extensive data analysis and research. As Deepika got featured in the list - Business Of Fashion shared, “One of the highest-paid actors in Bollywood was featured on the April cover of American Vogue and has become a red carpet mainstay by mixing Parisian haute couture labels with homegrown Indian designers."

Apart from Deepika, only Indian who made to the list who is the founder and Cheif Executive Sanjeev Bhal of Saitex.

Apart from being the highest-paid actress in India, she is one of the nation's most popular personalities, named one of the 100 most influential people in the world in 2018 by Time. 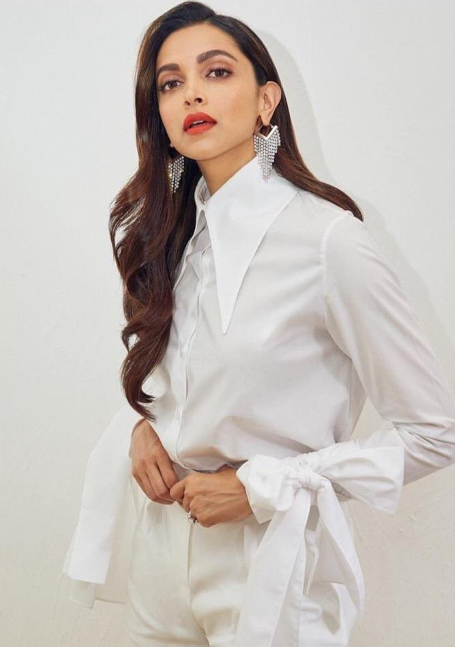 Deepika created a huge buzz lately for bagging the first rank under the title of India’s most trusted personality in the female actor category according to the TRA (Trust Research Advisory) list. The actress’s successful career has resulted in the actress being the most sought after actress amongst brands, who have a list of brand endorsements to her credit. In a recent development, Deepika Padukone also commands over the title of being the most commercially viable actress in the industry, in addition to being the highest-paid actress and is a trendsetter when it comes to fashion.

On the work front, Deepika will be next seen in Meghna Gulzar's Chhapaak, which is based on the life of acid attack survivor, Laxmi Agarwal. Her most anticipated upcoming movie is all set to release on January 10, 2020.

It has taught me the valuable lesson of gratitude: Jacqueline Fernande