Advertisement
HomeFASHIONNewsWatch: Sabyasachi Mukherjee spills the beans on the story behind his very famous 'Bipasha blouse', says it became the most iconic blouse ever

Watch: Sabyasachi Mukherjee spills the beans on the story behind his very famous 'Bipasha blouse', says it became the most iconic blouse ever

Ace fashion designer Sabyasachi Mukherjee recently spoke about "10 Things Only Sabyasachi Will Tell You". The iconic fashion designer, known for his wedding collection, revealed a lot about Bollywood actors and his journey with them over the years. When asked about close friend Bipasha Basu, for who he had customized her entire wedding collection, Sabya revealed quite something interesting.

The designer said, "We used to call her Bonnie in Kolkata and I made a blouse for her actually. Many many years later. This was a blouse that was made for Bipasha when we were doing an audition for her for Raavan. The part got deleted from the film. Mani Ratnam’s Raavan and we made this beautiful blouse and I said this blouse can’t be wasted. It was nice and it has a beautiful plunging neckline and we called it a Bipasha blouse. Because it was made for her and the Bipasha blouse became the most iconic blouse and every single bride in the last 3-4 years must have wanted to wear the Bipasha blouse or have worn it. We have made about 25,000-30,000 pieces of these blouses. So when Bipasha was getting married she came into the store and she looked at the blouse and she had no clue that it was called the Bipasha blouse. She looked at the blouse and she says, ‘oh my God it’s got my name written all over it’ and I said ‘true that’." 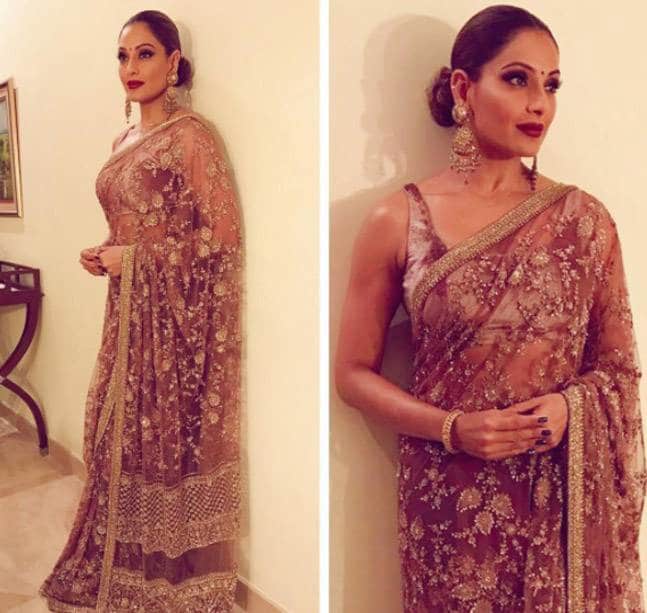